Though the basic structure behind them tend to remain the same, we’re all used to professional sports tweaking their periphery elements to attract new audience or make officiating fairer as the years go by.

We’re all now on board with the use of goal-line technology in football, for instance, as well as the green light given to biting opposing players if you’re having a particularly bad day by FIFA – the latter attempt to win audiences pushed through by a certain Luis Suarez.

In cricket, too, teams have moved away from all-white jerseys to sport multiple different colours, which at least gives crowds something to look at while the players stand around rubbing their balls.

Snooker, however, has remained largely unchanged for decades. There are no Mexican waves when someone pulls off a tricky shot, no swapping of shirts and bow ties at the end of a thrilling match. Nevertheless, if organisers were looking for some ways to liven up the game of snooker, they might like to check out Thibaud Troalen’s Ultraflow, where they just might consider that the idea of balls that explode after they’ve hit the buffers four or five times holds some water. 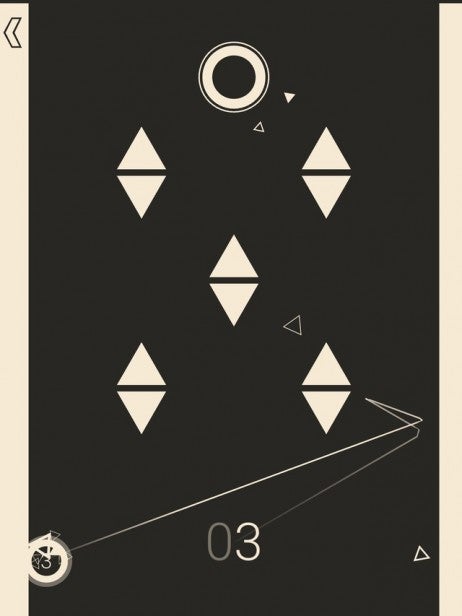 Like snooker, Ultraflow is a game of angles, where finding the right direction to fling your disc so that it slips nicely into the portal on the other side of the screen is your main job. The complication, however, is your disc’s aforementioned penchant for exploding into a thousand pieces once it’s made contact with any level architecture a set number of times. It’s an intentional limit that changes from one stage to the next that’s designed to make you think about your shots and how you can reach your goal in as streamlined a fashion as possible.

Much of Ultraflow’s appeal comes not from its simple premise, however, but rather how it’s delivered. Playing throughout is a pulsating soundtrack akin to a trip to Ministry of Sound in the late 1990s that melts perfectly into the intentionally stark but equally slick visuals, comprised of a colour palette that doesn’t extend much beyond the blacks, whites, greys or smudgy greens most of the time. The levels themselves are made up of a series of lines and shapes, setting up stall as a collection of different mazes for your disc to navigate. Contact with any objects knocks one number off your tally, with the disc blowing into pieces if it hits zero. Get in the vicinity of the target, however, and your disc is drawn in like a magnet, with the game affording you a little leeway rather than asking you to get your angles spot on. 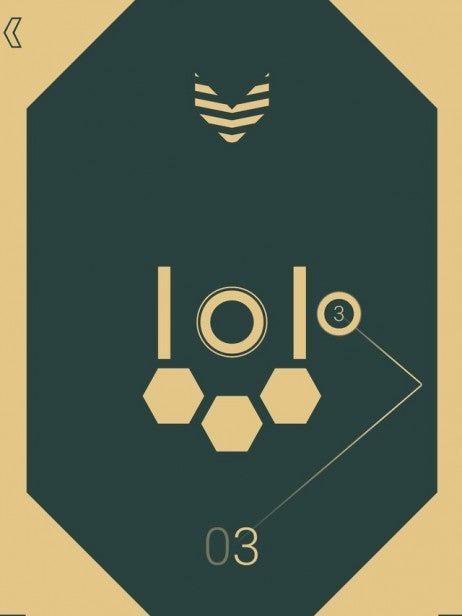 And, as the levels get more and more complex (contact with moving objects increasingly ending your attempt in a matter of seconds), so that widening of the scope seems like a smart move. Indeed, after a few failed attempts, the game starts dropping hints, painting on the ideal projection path for your disc as a handy guide – and in almost all of the stages, there really is only one path to victory.

While there’s an undoubtedly simplicity to the game’s controls (simply flinging your disc with your finger in the direction you’d like it to travel enough to set it in motion) and you can have as many attempts as you like without being penalised, there is a feeling as the levels pass by that so complex is the design and so narrow the route to goal that success if just as often a question of luck as it is of judgement. Ultraflow is a game that unashamedly encourages players to adopt a strategy of trial and error over and any other, but its questionable just how rewarded those flinging their way to victory feel as a result. 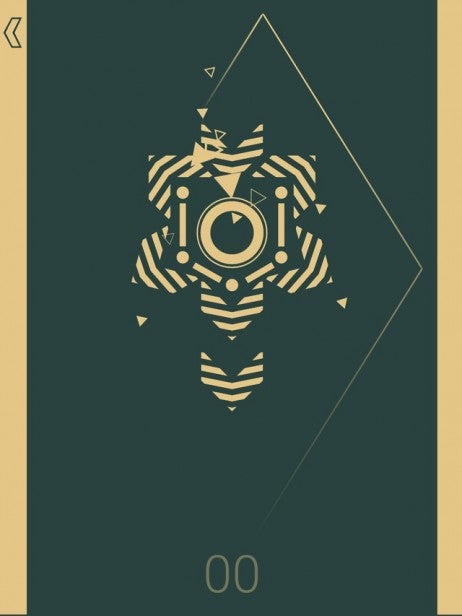 The end result is a physics based puzzler where you’re likely to have just as much success simply firing off your puck blindly as you are if you actually attempt to judge your surroundings and the impact they’ll have on the disc’s progression come contact. The random nature of Ultraflow delivers only short term amusement and, in the end, undermines any sense of accomplishment, with success in Thibaud Troalen’s sci-fi take on snooker – entertaining as it is in short bursts – simply too arbitrary to hold all too much value.

Verdict
Simple to pick up and taking place in a beautifully crafted, minimalist world, Ultraflow’s disc flinging action soon descends into a collection of random mazes where all the guile in the world is unlikely to win you any more success than simply firing off your puck at random.