TVonics isn’t a name that crops up very often on TrustedReviews, but the South Wales-based company is steadily making waves in the Freeview market as the UK drives towards digital switchover. It was the first company to launch a Freeview Playback recorder in the UK, and was the exclusive supplier of set-top boxes for the Government help scheme when Whitehaven became the first UK town to go all digital, which demonstrates its fierce commitment to the Freeview cause. 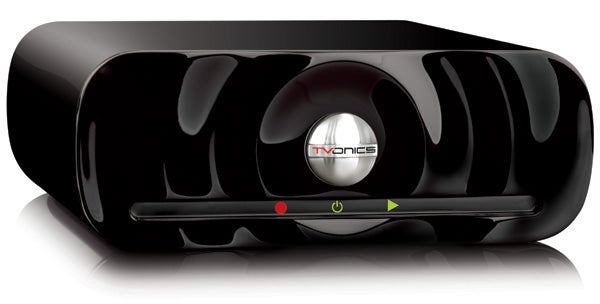 The company already has a string of impressive Freeview PVRs under its belt, but the DTR-Z250 looks like it could be its best yet. It’s a sub-£200 twin-tuner model, which features full Freeview+ compliance and a 250GB hard-disk, which holds up to 125 hours of MPEG-2 recordings, but if 250GB won’t satisfy your needs then a 500GB model is also available for around £20 more.


It’s also one of the most visually arresting PVRs we’ve seen in a long time, sporting a gloss-black fascia with ripples emanating from a silver circle in the middle, plus the strip below it contains LEDs to indicate playback, recording and power. It’s a radical departure from the tiresome ‘black box’ look offered by most PVRs, and should make an interesting talking point in your living room, particularly when propped up vertically on the supplied stand – but if anyone tells you it looks like an external PC hard drive, then politely ask them to leave.

Its compact shape hasn’t left a lot of room on the back for connections. The most criminal omission is HDMI output, which should have been a given considering the amount of TVs that sport HDMI inputs. As it stands, there are two SCART outputs, one of which offers RGB, S-video and composite output and the other offers just composite output, which will disappoint those who want to back up hard-disk recordings on DVD in the best possible quality, but don’t want to swap the SCARTs around every time. The socket selection is completed by RF in/out and a 3.5mm minijack output which outputs analogue stereo and optical digital audio.


Twin tuners are an essential feature of any PVR (a fact DVD/HDD combi manufacturers still seem blissfully unaware of) and thankfully the TVonics provides them. This means you can record one channel while watching another or record two channels simultaneously while you watch a previous recording from the hard-disk. But sadly it lacks the flexibility to display a third live channel while recording two others, even if it’s on the same multiplex, which was one of the things we loved about the Humax PVR-9300T.

There are plenty of other features however, most useful of which is pause live TV. The buffer memory allows you to rewind back to the point when you first turned over to the current channel, but the feature doesn’t work when two channels are being recorded.


The value of series recording shouldn’t be understated, as it means you never miss your favourite shows. Alternative Instance Recording alerts you when there’s a conflict and suggests other times when that programme is being shown, while Accurate Recording automatically tracks changes to the schedules and adjusts the timer settings accordingly. 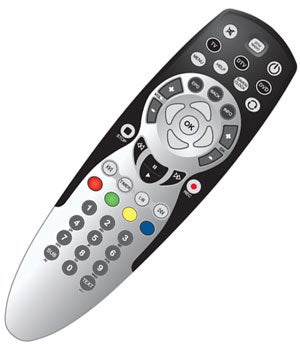 Another nifty feature that you don’t find on every Freeview PVR is picture-in-picture, which lets you browse other channels in a small box, plus there’s automatic standby that shuts the box down at 3am every night just in case you forget to do it before you go to bed.


Otherwise, it boasts most of the usual Freeview functionality – an 8-day EPG, digital text, interactive support – but there’s no Audio Description or RF modulator, the latter ruling out the possibility of watching digital TV through a coaxial cable on a SCART-free TV.


Auto tuning kicks in on the first power up and once it’s done, other initial tweaks have to be made using the setup menu. As for the operating system, the designers have really got inside the mind of its target audience, making the entire user interface attractive, straightforward and responsive. In fact, they appear to have modelled it on the Sky+ operating system, as there are many similarities – which can only be a good thing in our opinion. 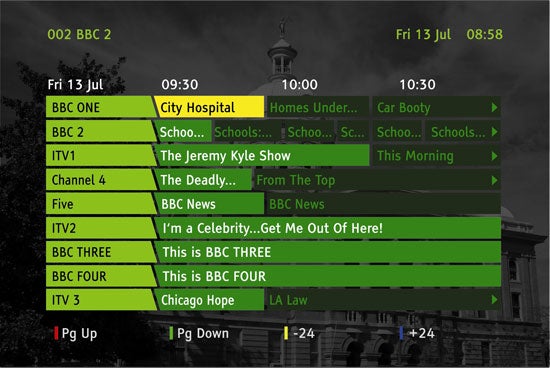 Particularly impressive are the good-looking EPG and programme info banners. For the former, TVonics has used a clear, uncluttered programme grid, laid out in a timeline like the Sky+ EPG. The options along the bottom, which correspond to the coloured keys on the remote, also mirror the ones on the Sky+ EPG, allowing you to move up and down the page or jump forward and back 24 hours.


The comparisons with Sky+ don’t end there. When playing back a recording from the library, the unit gives you the option of playing it from the start, resuming from where you left off or entering the time at which you wish to start watching. But the cheekiest homage is the remote, which has a similar shape and layout to Sky’s zapper, giving it the same intuitive feel that makes it simple to navigate around the menus.


Pressing Info brings up handy programme banners containing details about the current programme, and you can also use it to search for programmes on any channel. But unlike Sky+, which limits you to the next 12 hours or so, you can browse through the next week’s worth of programmes without having to enter the full EPG.

The DTR-Z250’s picture quality is solid, making live Freeview pictures look as good as possible (taking the erratic broadcast quality into consideration) and the good news is that there’s no difference between live TV and recordings. Colours are fulsome, natural and tightly contained, making the invasive captions on rolling news channels look crisp and legible, while the solid detail reproduction gives the image pleasing clarity. 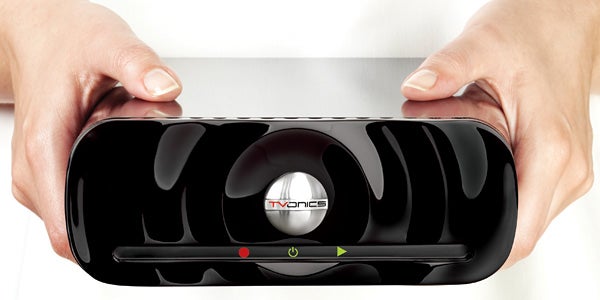 Noise levels are perhaps a little higher than anticipated, with some fidgeting and smearing visible on large coloured areas, and block noise rears its ugly head when the screen gets particularly busy. It’s also a shame there’s no HDMI output or video upscaling to enhance the image, but on the whole these are impressive RGB pictures.


The unit’s stereo sound is perfectly audible through TV speakers or an AV receiver, and there’s no loud fan noise to impact on your listening pleasure.


The DTR-Z250’s sparse connectivity and lack of fancy functionality means it’s always going to play second fiddle to rivals like the Topfield TF-5810PVRt and Humax PVR-9300T, but you still get a pleasing array of features for the money and we’re big fans of the eye-catching external design. But the most impressive aspect is the operating system, which owes a lot to Sky+ but ensures that the DTR-Z250 is one of the most user-friendly PVRs around.