The follow-up to Humax’s much lauded PVR-9200T has been a long time coming, but given the exceptional quality of its first PVR, the company’s reluctance to replace it is hardly surprising – if it ain’t broke, don’t fix it. But after keeping the 9200T on life support with firmware updates and seeing rival manufacturer Topfield snatch its crown with the superb TF5810PVRt, Humax has finally burst back onto the scene with two new models, the 160GB PVR-9150T and top-spec PVR-9300T.


The PVR-9300T boasts a 320GB hard-disk, which is double the capacity of the PVR-9200T and is rather generous by usual PVR standards. It enables you to record up to 200 hours of TV, but if you need more than that then we suggest you get out more. It also features twin Freeview tuners, giving you the flexibility to record one channel while watching another, or even record two channels simultaneously while watching a third, which is a rare talent in the PVR world.

However, there are restrictions – if you’re recording two channels on different multiplexes, then you can only watch a third channel if it’s on the same multiplex as one of the channels being recorded. But if you’re recording two channels on the same multiplex, then you can watch a third channel from any multiplex. It sounds complicated, but trust us, it’s a very useful feature.


Additionally, you can also watch a recording from the start while it’s still being recorded thanks to the Chase Play feature, or watch a previous recording while recording two channels.


The other important feature of the PVR-9300T is its Freeview+ compatibility (formerly Freeview Playback) which makes it nigh-on impossible to miss your favourite programmes. Schedule tracking means the unit will record a programme accurately even when the schedule changes, while series link records an entire series at the touch of a button. Alternate instance recording alerts you when recordings clash and lets you know when the programme is being repeated.


Although it’s still no oil painting, the aesthetic design is a big improvement on the PVR9200T. It’s slimmer and sexier, with the display panel moved to the centre and all of the control buttons hidden under a flap on the left. The black finish is attractive and the information panel is bright and legible, helpfully giving the full channel name and the time. On the right is another flap that hides a common interface slot for adding subscription TV channels.

The rear panel is even more interesting. The most significant addition is HDMI output, which offers a clean all-digital connection to your flat-panel TV and allows you to upscale Freeview pictures to 720p, but strangely not 1080i. It’s taken a while for HDMI to make its way to the Freeview PVR market but with Humax and Topfield leading the way, others are sure to follow suit.


You’ll also find a USB port on the rear, but this isn’t activated and will only be found on early models of the PVR-9300T – it will be removed from later versions; a response to customer feedback said that a USB port wasn’t a key feature. Fair enough, but it’s still always nice to have the option.

Also included in the connections roster are two SCART sockets, one of which offers RGB, S-video and composite output, the other offers S-video and composite. They’re joined by composite video and stereo audio outputs, plus an optical digital audio output that can send a Dolby Digital bitstream to an AV receiver. There’s also an RS-232 port for making software updates manually, but these are usually carried out automatically using over-the-air updates.


The rest of the feature list goes well beyond the norm. You can chop out sections of a recording using an editing tool that lets you enter start and stop points in real time, or split a recording in two. The picture-in-picture mode lets you watch two channels at the same time and even has its own set of controls on the remote. You get access to all the usual Freeview features including lightning fast digital text, MHEG support, favourite channel lists and subtitles, which can also be recorded. There are also four devilishly addictive games embedded in the firmware, which help pass the time when there’s nothing on TV. 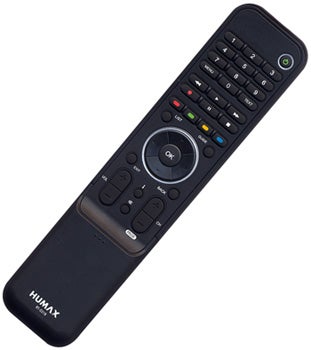 When you first power up the unit, the automatic channel tuning takes the hassle out of installation, and in action it’s a well-oiled machine with slick, responsive software that brings up menus and changes channels very quickly. The onscreen presentation is also faultless – the setup menu uses large icons, huge text and an appealing colour scheme, and as you’re browsing the channels the ‘i-Plate’ display gives more info than you could ever need (including whether the current channel has interactive content and subtitles). The Time Bar can be called up while watching TV to provide an overview of the current playback or recording status.

We’re also hugely impressed by the EPG, which is logically laid out and plays live TV in a box as you browse. Setting series link is effortless – just highlight a programme, press OK and a dialogue box asks if you want to record the series or just once.


Apart from a change of colour, the remote isn’t radically different to the PVR-9200T’s zapper, which is a very good thing – the basic button layout gives it a rare simplicity, and it helpfully hides the lesser-used keys under a sliding flap at the bottom.


In fact the only operational flaws we could find were minor ones – to enter the list of recorded programmes, you have to enter the setup menu rather than simply hitting a button on the remote. Also, when you select a recording to watch, it plays in a small box and you have to manually exit the menu to expand it to full screen, which seems more long winded than it should be.

The unit also gives you a great deal of control when timeshifting. You can pause and rewind live TV or play it back in slow motion, plus there’s an instant replay button that enable you to jump back and repeat the last few seconds, or jump forward using the Commercial Skip key.


The unit’s picture performance is fantastic and clearly benefits from the addition of an HDMI output. Cranked up to 720p, the BBC’s coverage of the Olympics looks crisp and clean, with little to no noise even with fast paced swimming and hockey action. What’s more, the bold reds and blues of the boxing ring are radiant, while the tightly contained edges help captions look sharp and legible.


Sound quality is also top-notch, particularly when aired through a decent AV receiver, though we should point out that the unit emits quite a loud whirring noise in operation, which can interfere with low volume listening.


The PVR-9300T fails in its bid to return to the top of the PVR premiership because its feature list is inferior to that of the Topfield TF5810PVRt, which adds a working USB port, a 500GB hard-disk and 1080i upscaling. But the Humax is still a fantastic PVR that’s head and shoulders above most models on the market, offering exemplary ease of use, superb pictures and a great deal of recording flexibility. Also impressive is the price, which is much lower than the Topfield and a lot less than you’d normally expect to pay for a PVR as good as this. 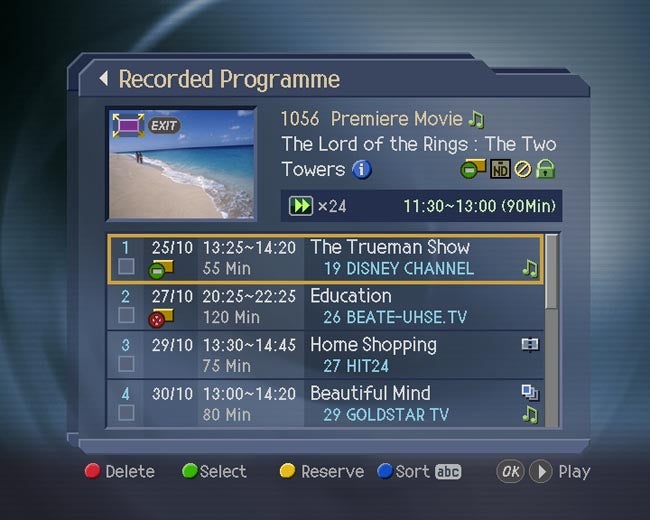 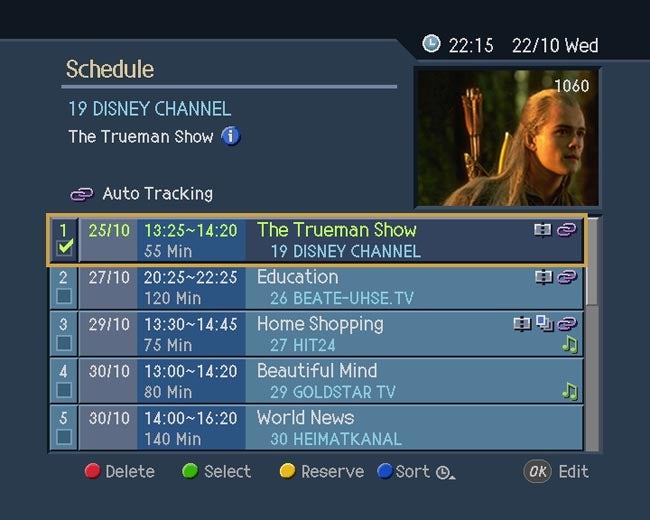 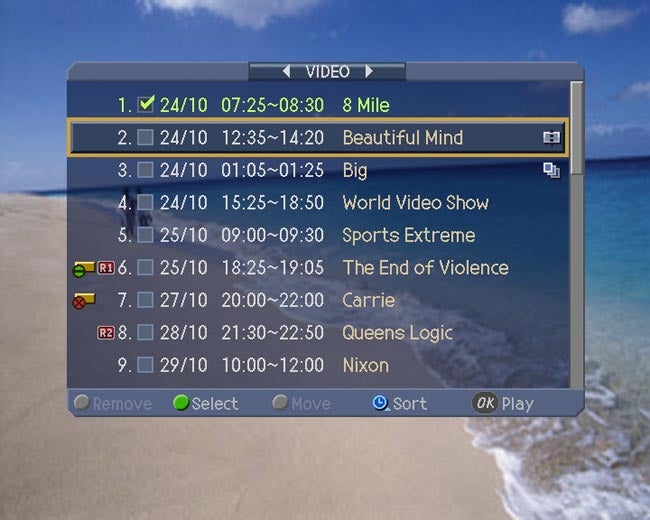 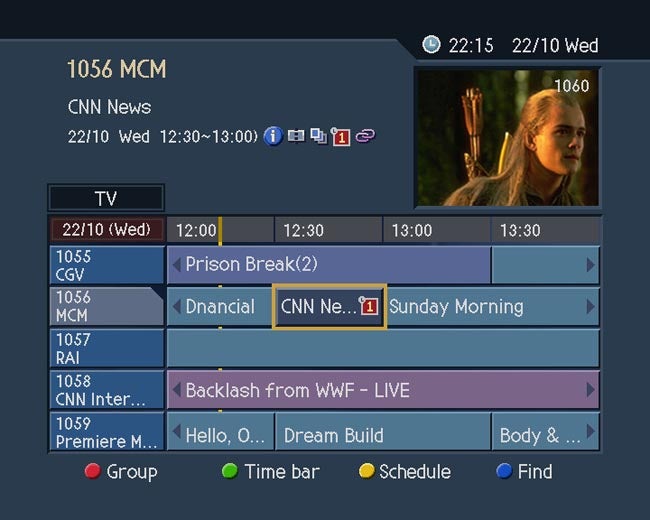 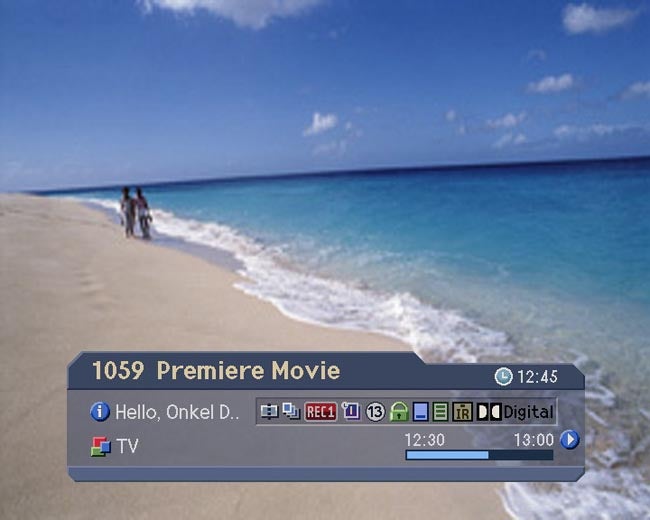