The 46TL968 gets back on track, though, with the extent of its picture calibration features. Included among the unexpected fine tuning tool kit is a pretty fulsome colour management system, an extensive backlight adjustment, various levels of automatic brightness and backlight calibration, a startlingly simple but quite effective black/white balance adjustment, various (usually best avoided) noise reduction systems, and Toshiba’s Resolution Plus engine for adding detail and sharpness to both standard definition and, intriguingly, HD sources.

With standard definition sources, Resolution Plus is exceptionally good at upscaling them to the screen’s HD resolution, especially for such an affordable TV. Occasionally it pushes things a bit too far, so that images can look gritty. But overall the pros outweigh the cons. The processing can also make HD look more detailed – considerably so, in fact – but we’re not sure this is necessary, especially as it tends to make edges look rather stressed, and some areas look ‘fizzy’. With HD, in short, we preferred to leave Resolution Plus off. 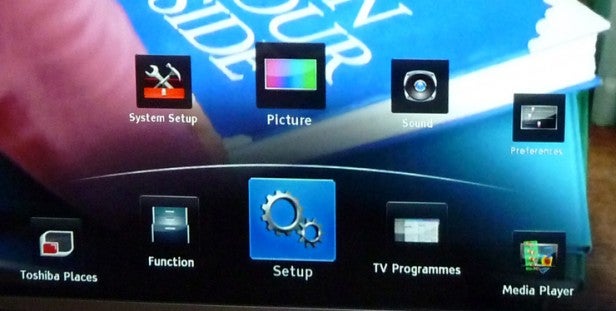 Moving beyond Resolution , the 46TL968 delivers what are, in many respects, very likable pictures. With typical HD broadcast fare and bright Blu-ray scenes, for instance, the screen delivers a very pleasant combination of rich, bold colours, a surprisingly potent and convincing black level depth, and plenty of the detail and sharpness – at least with predominantly static footage – we’ve grown to love when watching HD.

Colours aren’t just bold, either; they also deliver enough tonal subtlety to be able to render such tricky fare as skin tones very credibly for such an affordable screen. There’s none of the plasticky, mannequin-like quality to faces that’s often witnessed at the sub £600 46in price level. Just occasionally during dark sequences you can see some minor striping in colour blends, but it’s not bad by any means for a sub-£600 46in TV. 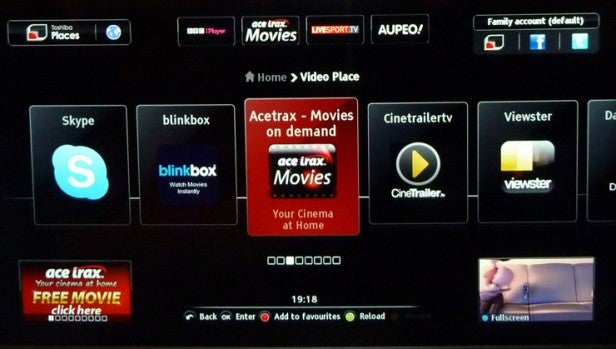 With the 40TL968’s underwhelming handling of dark scenes still fresh in our memories, it was with some trepidation that we fed the 46TL968 a selection of dark movie sequences. But fortunately, although certainly not perfect, the 46TL968 handled them none too shabbily, and certainly caused less problems than its smaller sibling.

For starters, so long as you rein in the set’s backlight and contrast settings (we went for 35-40 and 75 respectively), dark scenes are considerably less badly affected by backlight inconsistency than they are on the 40TL968. We’re not saying there’s no backlight ‘clouds’ at all; there are two, in particular, at the top and bottom right corners. But even these are smaller and less aggressive than the numerous clouds witnessed on the 40TL968 we tested.

Used as the main TV for the review period
Tested for more than a week
Tested using industry calibrated tools, discs and with real world use
Tested with broadcast content (HD/SD), video streams and demo discs
Previous
Toshiba 46TL968 Review Next
3D and Conclusion Review