There are essentially two types of people who might be interested in Toshiba’s 32DB833: those who are finally ready to succumb to their HD urges in full after holding out for far longer than most, and those looking for a convenient and affordable way to bring HD into a second room.

Why is the 32DB833 so peculiarly well set up to cater for two such specific types of buyer? Because it’s only the second 32in TV ever launched in the UK to carry a built-in Blu-ray player.

So far as we’re concerned, combining a full HD TV screen with a Blu-ray player is a much more logical, coherent idea than just shoving a DVD player into a TV like most combi TVs do. After all, your screen is HD, so why should you only be able to feed it standard definition films? The old adage that a combi product is only as good as the weakest of its parts definitely applies, so far as we’re concerned.

While it’s clearly better to wed two HD sources together in a combi product, though, there’s a catch: cost. For although Blu-ray players are getting cheaper almost by the day, there’s still clearly a cost implication of re-engineering a Blu-ray deck to fit into a TV rather than a DVD deck. So it is that the first ever 32in TV/Blu-ray combi,  Son 32EX43B, still costs north of £650 now, despite being out since 2010. 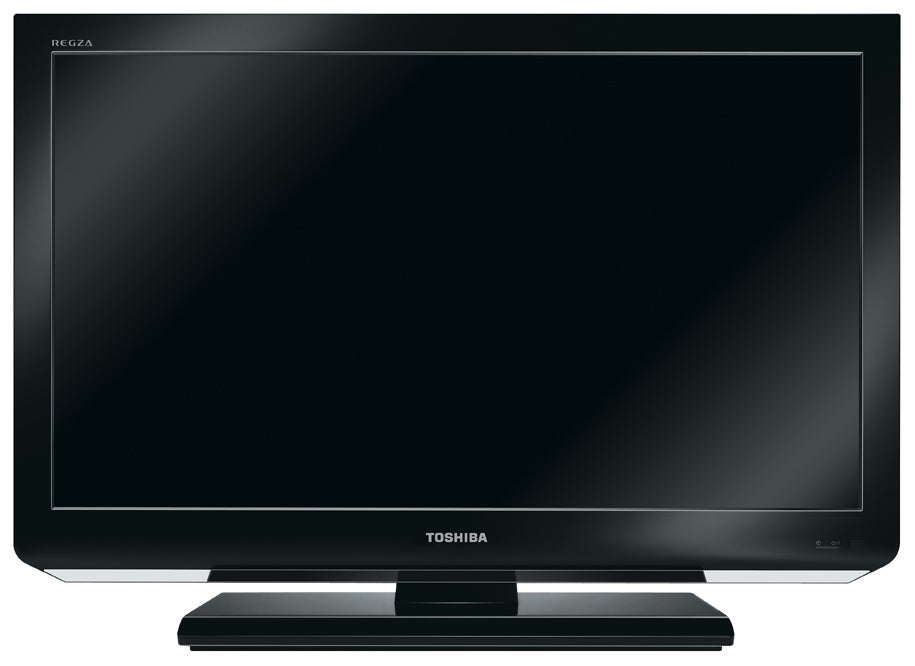 This is precisely why Toshiba’s 32DB833 has the potential to cause a splash, though. For despite it being a brand, spanking new product, we’ve managed to find one selling for under £450. That’s less than you’d expect to spend on just a decent 32in TV alone, never mind one packing some serious Blu-ray heat.

Making the price look all the more surprising is the 32DB833’s design, which is far removed from the fat-bottomed, plasticky, style-free ensembles most combi products allow themselves to be dressed in. Its fascia doesn’t look any wider or cheaper than that of any of Toshiba’s other TVs, and its rear sticks out only a little further than a typical 32in LCD TV. But the Blu-ray player really is there we assure you, tucked behind the left side of the bezel.

The 32DB833’s ability to retain a slim profile despite containing a Blu-ray player is doubtless down predominantly to the fact that it benefits from Toshiba’s new-found obsession with edge LED lighting – something that could enhance its already bulging value appeal even further provided the LED implementation proves a successful one.

Also found on the 32DB833’s rear is a solid set of connections, including a couple of HDMIs (you arguably don’t need any more given that there’s already a Blu-ray player inside the TV), a USB port, a LAN port and a D-Sub PC jack. The fact that you can use the 32DB833 as a computer monitor as well as a TV and Blu-ray player merely makes it look even better value.

The USB port functions as storage support for the combi’s BD Live capabilities, as well as being able to play JPEG, MP3 and video files from USB storage devices. The LAN, however, only serves a single function: as access to BD Live. It can’t take you to any other online functions, and rather more disappointingly, it also isn’t there to support a Freeview HD tuner. For the simple reason that the 32DB833 doesn’t have a Freeview HD tuner.

You might argue that this is not all that surprising given how much else the 32DB833 is offering for its puny price. But for us, when you’ve gone so far down the HD road as to provide a full HD screen and a Blu-ray player, it somehow seems inconsistent to only have a standard definition tuner.

The Blu-ray player doesn’t just play Blu-ray discs, of course. Also on the menu are CDs and DVDs, as well as DVD-R/RW and DVD discs containing multimedia files that can include DivX DVD and AVCHD. 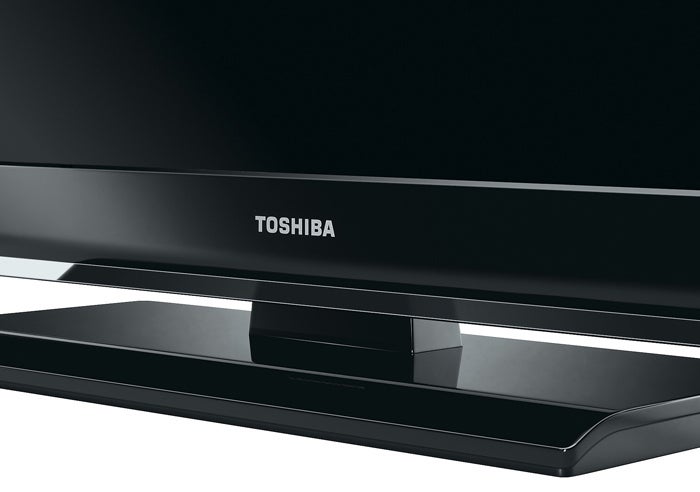 Heading into the 32DB833’s drab but extremely functional onscreen menus uncovers a trio of pleasant surprises: a gamma adjustment, a white/black balance adjustment, and best of all, a very decent colour management system that allows you to manipulate extensively all six of the main colours that go into a TV picture.

The last thing to say before exploring the 32DB833’s performance is that it’s exceptionally easy to use for a combi TV, thanks chiefly to a remote that does a superb job of placing the separate buttons for each part of the combi functionality in logical and well-separated areas.

The first Blu-ray we slid into the 32DB833’s slot happened to be an animated movie – Up, if you must know – and happily the 32DB833 made a very positive first impression with it. Colours looked punchy, detail levels looked high and clean, and motion was surprisingly low on blur and smearing considering the 32DB833 doesn’t carry any serious blur-reduction processing.

There was a slightly brittle look to colours compared with some of the very best TVs out there – probably the best way we can put it is ithat there was a slightly ‘analogue’ look to the digitally rendered colours. But overall, for most of the time Up looked much better than it really should on such an affodable combi TV.

The only time this changed was during the film’s few relatively dark scenes. For it became pretty obvious by the end that while the 32DB833‘s screen section might be more than happy with bright source material, it struggles to show dark scenes nearly as convincingly.

Trying a few notoriously dark video scenes from other Blu-rays confirmed this problem, revealing how the 32DB833 generally struggles to resolve a deep, rich, believable black colour. Instead dark scenes look greyed over, costing them shadow detail and generally leaving them looking a bit unconvincing – or, at the very least, out of step with the dynamism and authenticity on show with bright scenes.

There’s a vague sense, too, that the central portion of the picture is slightly darker than its edges, but we don’t want to labour this ‘backlight consistency’ issue as it’s really quite slight.

As with most LED TVs, the 32DB833 lets you adjust the set’s backlight separately to the brightness, and we found that if you pushed this backlight setting right back down to well below its half way mark, black levels did improve in terms of looking less greyed over. However, at this point shadow detailing and the vibrancy of bright scenes had really started to take a hit. So in the end we had no choice but to compromise, living with a degree of greyness in dark scenes so as not to spoil the dynamism of bright scenes. 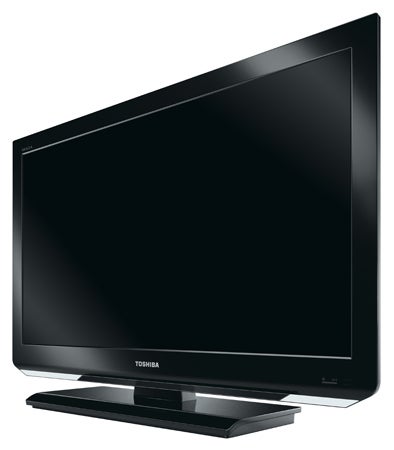 One other little niggle with Blu-ray playback is that pictures can suffer with a little judder – but this isn’t a deal breaker by any means..

Moving away from HD to a DVD and the Freeview tuner, the 32DB833‘s standard def pictures lack sophistication but do actually get the job done decently well in that they look unprocessed, bright, punchy and acceptably sharp. They can look a little gritty and raw, perhaps, and the upscaling engine isn’t particularly expert at removing digital noise from poor source images. But overall we still felt we didn’t really have much to complain about when it came to standard def considering how cheap the TV is.

We certainly did feel a bit aggrieved by the 32DB833’s audio performance, though. For the speakers struggle in vain to make soundtracks from good action Blu-rays sound convincing; they just don’t have the range to deliver any bass depth; or a wide enough mid-range to be able to open up and embrace loud bits with any authority, or any great treble clarity.

Verdict
While the 32DB833 arguably gets more things right than you might expect given how cheap it is for what it does, we didn’t feel entirely convinced that we’d want to put one in our living rooms. Contrast in particular just doesn’t seem good enough to make this Toshiba a totally satisfying main TV.

As a second room set, though, where its convenience and price are potentially more important than delivering the absolute perfect picture quality, the 32DB833 makes an awful lot of sense. Especially if you or your other half is keen to make adding a TV to a second room as cable- and clutter-free as possible.