There are many good qualities about the 32D3454DB’s pictures. Not least its ability to render HD feeds with impressive sharpness despite not enjoying a native full HD resolution. There’s plenty of texture in tell-tale areas like clothing, hair and skin pore details, and motion filled scenes lose impressively little definition for such an affordable model.

Toshiba has managed to eke a respectable black level performance out of the set too, so that it at least has a stab at delivering a black colour you can believe in. There’s even a bit of shadow detail in dark areas, meaning that hollow look to dark scenes so common with budget small-screen TVs only materialises on rare occasions. 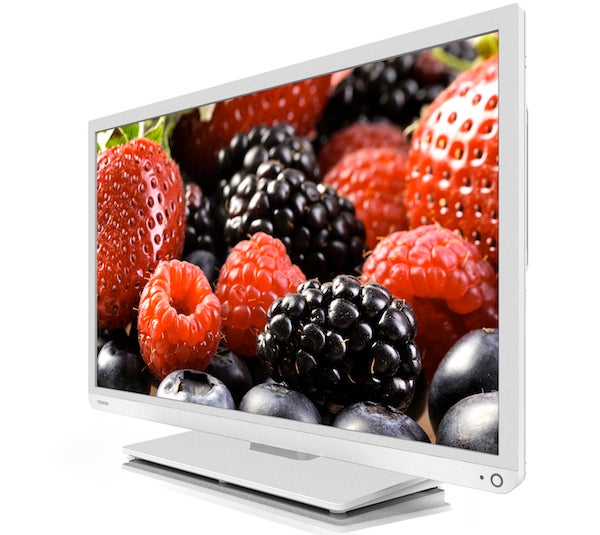 The 32D3454DB doesn’t avoid every budget TV picture ‘trap’, though. For instance, while black level response isn’t bad, dark scenes certainly aren’t immune to LCD’s typical low-contrast grey misting. There’s also a bit of backlight clouding in places – most notably along the picture’s top edge – that can suddenly distract you during dark scenes, and while the set does quite well with colours during bright scenes tones start to look oversaturated and simplistic during dark ones.

Basically the 32D3454DB falls foul of that very common budget LCD failing of just not being able to retain enough brightness when showing predominantly dark scenes to allow colours to ‘breathe’ as they need to in order to retain natural tones.

Also problematic from a colour and contrast point of view is the 32D3454DB’s very limited effective viewing angle. Moving much beyond just 30 degrees off axis causes contrast and colour saturation levels to take a dramatic dive, especially on the side of the screen opposite to where you’re watching from. 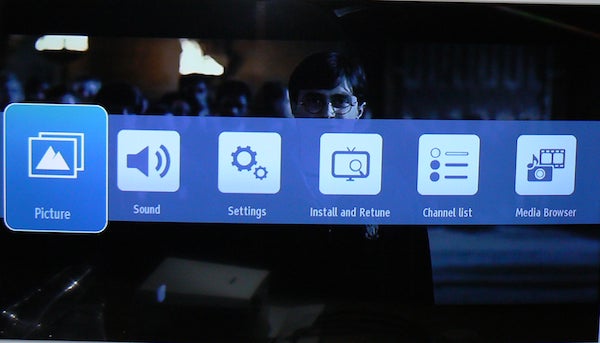 The 32D3454DB is generally not a bad upscaler of standard definition content, especially if it’s relatively clean standard definition content such as a decent quality DVD. While we’ve seen much sharper upscaled standard definition pictures, the softness isn’t so extreme as to be distracting, and actually proves quite effective at disguising the source noise that might otherwise have been apparent. The only glitch occurs with skin tones, which reveal a lack of colour subtlety that can leave faces looking plasticky and ‘shiny’.

The DVD player inside the 32D3454DB is a respectable effort, avoiding the twitching, blocky backgrounds sometimes seen with cheap DVD players of the sort often found in combi products.

Used as the main TV for the review period
Tested for more than a week
Tested using industry calibrated tools, discs and with real world use
Tested with broadcast content (HD/SD), video streams and demo discs
Previous
Toshiba 32D3454DB Review Next
Sound and Conclusions Review