Available in iOS and Android

You have to wonder whether, during the depths of Chelsea’s catastrophic season this year, Jose Mourinho worried around his Top Eleven contract with Nordeus. Top Eleven 2016, like all recent versions of the game, comes emblazoned with Jose’s face and is littered with pictures of the ‘Special One’ throughout, but all at a time when the man himself is out of a job. Suffice to say, Mourinho’s lack of employment serves as more of an embarrassment for Top Eleven than the great man himself.

Luckily, Top Eleven has always had very little to do with Mourinho beyond the superficial, meaning that its approach to football management – which intentionally strays from the ‘traditional’ Championship Manager model – remains entirely intact. In fact, as fans of the franchise are well aware, developer Nordeus simply updates the existing Top Eleven app on iOS and Android each year rather than pushing out a new version. 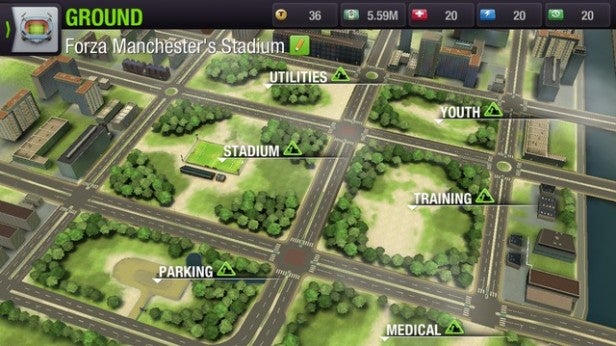 It’s an admirable decision which means that, from the world go, the Top Eleven universe is populated with millions of players to take on, and chances are a fair few of your Facebook contacts will already be on its books.

That’s important because Top Eleven, both now and before, is built around multiplayer. Setting up a fictitious club based in the country and city of your choosing, career matches are scheduled in for set times of the day, taking place with or without your involvement.

Indeed, your main job in Top Eleven – aside from choosing a formation and just which players will take to the field – is training your squad and making sure they’re in the best shape possible for the match ahead. 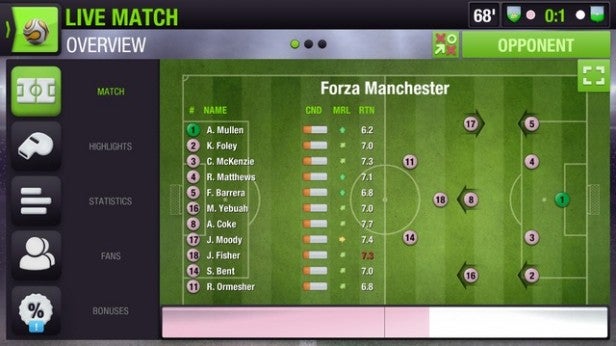 Training is crucial in Top Eleven, with each run adding ability both to your players and helping you level up as a coach, the latter unlocking new abilities you can then put into force with your players. There’s no real limit to just how much you train your players (and, indeed, if you want to be fully prepared for your next match, you’ll need to squeeze in a good few), but overdoing it will tire them out – a gauge you’ll need to use in-game credit to fill back up.

This is the heartbeat of Top Eleven; the entire game is governed by a collection of different in-game currencies that need to be topped up, either by paying, waiting for time to tick over, or watching adverts, in order to be successful.

Let your players take on a match untrained, for instance, or on the flip side so knackered from your last set of training sessions that they haven’t had a chance to recover, then the likelihood is they’ll lose. 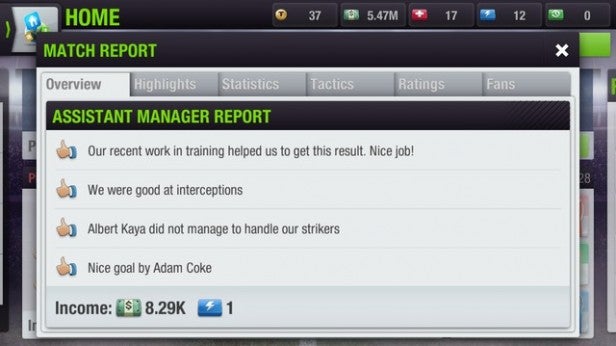 There is a certain simplicity to this approach that appeals to casual football fans, however. Though it’s important you set up your team with a formation and an approach to the game when in and out of possession, Nordeus’ continued decision to set this in a fictitious football world means Top Eleven isn’t about signing real up-and-coming players you’ve seen in some obscure Korean league no one but the most dedicated football aficionado has heard of, but keeping to a daily routine of training your players and then fully resting them before each scheduled match.

The longer you play and the more you engage, the better your team will get and the more matches you’ll end up winning. Like all the best free-to-play games, Top Eleven asks that you play little and often, keeping your team ticking over in between the matches, but never requiring you to devote any more than a few minutes to the cause. It’s this contemporary approach that means that, for hardcore football fans, Top Eleven will remain as unappealing a prospect as it ever was. 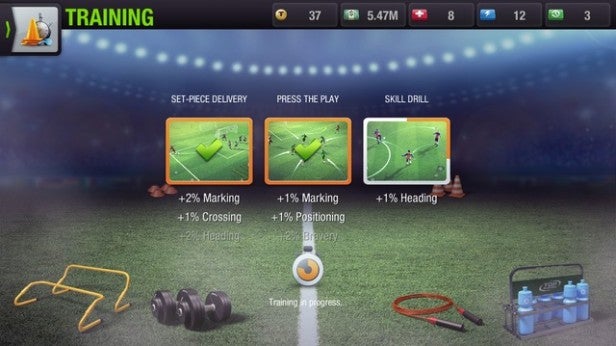 For anyone who wants to dip their toe into the world of football management without getting all too wrapped up in the statistics, Nordeus continues to offer them their best port of call, delivering a take on the beautiful game that manages to be welcoming to the more casual fans amongst us without being a complete pushover. Ironically for Mr. Mourinho, chances are you’ll be taking it on for considerably longer than he stays in his next job.

As casual as ever, Nordeus continues to stand Top Eleven apart from the competition by fully embracing the free-to-play world and delivering a game you can take on in small nuggets. Not one for dedicated football aficionados, then, but a route in for anyone else who wants a hand in the beautiful game.