But it does have one significant new feature – Wi-Fi. This enables wireless updates, which now joins the built-in data for the Live Services.

Since the GO 5200 is one of TomTom’s premium devices, it uses the company’s magnetic mounting system, which integrates the power connection into a quick-release dock. So once the mount has been attached to your windscreen, the device can be taken in and out of the car in a second.

The headline new feature is Wi-Fi. Once you have the GO 5200 connected to your wireless network, it will begin telling you when updates are available with a pop-up message, and also via an exclamation mark on the Settings icon on the menu strip. You can then choose which updates to install on a particular occasion. 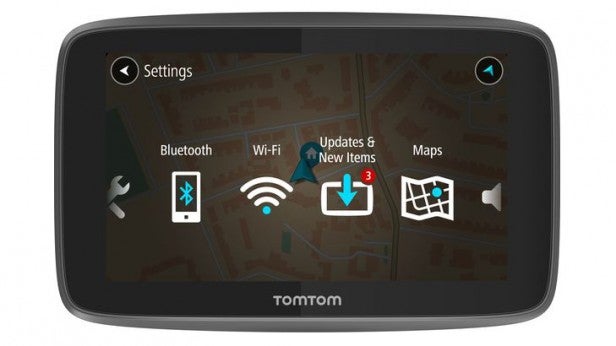 A software update came out whilst I was testing the GO 5200, as well as a speed camera update and community-generated Map Share update. The updates were installed quickly and without issue over my home Wi-Fi. You might be a little concerned doing this without a power connection, however, as the battery is only specified to last an hour away from wires.

This is still a convenient system, though, as the desktop app could be problematic – particularly if you forget your login details. Now you won’t need to use it again.

The GO 5200 comes with 16GB of memory on board. The model I had been sent came with European maps preinstalled, but there was still over 5GB free. Downloading updates locally won’t be a problem.

Although only European maps were pre-installed, the device actually includes the option to install maps for the vast majority of countries in the world, with no extra to pay. You simply choose which maps to use and install them via Wi-Fi, although you may need to delete existing maps to make room, again via the GO 5200’s own interface. The maps come with lifetime updates, too.

Now that features are accruing again on TomTom’s sat-navs, which were redesigned fundamentally a couple of years ago, the single-ribbon menu has become four screens long. You will still only need the first one or two screens, though. The initial four icons include searching for a destination, your home location preset, recent destinations, and the current route. 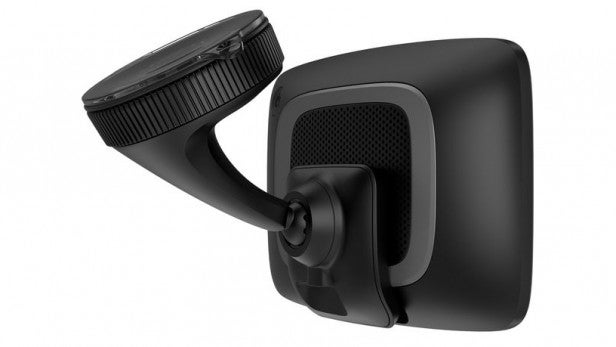 For some time now, searching for a destination on a TomTom sat-nav has used a unified keyword-focused approach. Where some manufacturers retain the traditional town-street-number address system and category-based points of interest (POIs) if you want to use them, TomTom has hidden these. The same keyword will give you addresses on the left pane and POIs on the right.

There are separate menu entries for the Parking and Petrol Station POIs on the menu bar, but otherwise you have to use the POI category you want as a keyword in the universal search. It’s a pretty usable system overall, and with the ability to create a home location, recent destination history, My Places favourites system, and My Routes waypoint system, frequently used locations are just a few screen presses away.

The overall navigational experience hasn’t changed significantly over the last few generations of TomTom devices. The same quasi-3D map view is used, with next-turning information at the top and a strip down the right showing information about your journey, including live information about any traffic building up along your route and how much time it will add.

TomTom led the way with Live services years ago, and although the range of capabilities has dropped back a bit since then, the core functions are powerful and worth having. In the case of the GO 5200, the unit has its own built-in mobile data connection and SIM, so the Live services are delivered automatically when data coverage is available, without the need to pair your smartphone.

The jewel in the Live crown is TomTom Traffic, which I’ve raved about profusely in the past. No system of this nature is perfect, but after using TomTom traffic regularly for years against its competition, I can honestly say that if you regularly travel during busy times on the road, TomTom Traffic will save you many wasted hours stuck in gridlock. It’s significantly more accurate than RDS-TMC or other manufacturers’ alternatives. 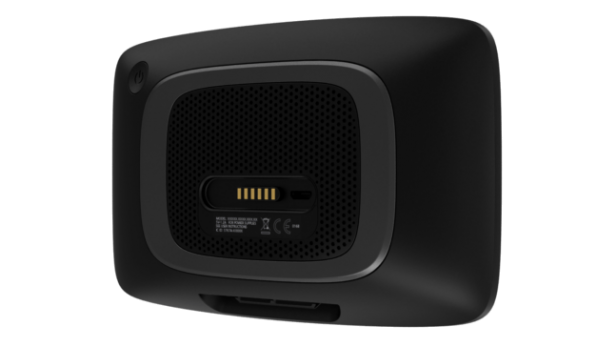 With the GO 5200, the subscription to TomTom Traffic is for the lifetime of the device, and so is the safety camera location system. This is another live service, at least for mobile cameras, although the main database is delivered via the aforementioned Wi-Fi updates.

The way average speed cameras are dealt with is particularly excellent, especially now that these types of safety system are proliferating around the UK. Instead of just letting you know the limit, the system calculates your average speed between each camera checkpoint. So if you do accidentally stray beyond the limit, you can balance this out by driving a bit more slowly for another section.

There’s an online POI search that uses the mobile data connection to provide a larger database than the one found locally. TomTom MyDrive is the final notable Live Service. This works via a Web browser or smartphone app. You can search for a destination, or create a route. Then, once logged in with your Live Services credentials, the destination or route will be sent to the GO 5200 over its mobile data connection.

New with this version, the built-in Bluetooth connection not only turns the GO 5200 into a hands-free microphone and speaker, but also allows control over Siri and Google Now on your smartphone. The sat-nav has a pretty decent voice command system for its own operations, but now you can remotely control some of your smartphone’s abilities as well.

TomTom’s GO 5200 is a very capable premium device. If you already have a 5000 or 5100, there’s not enough here to warrant an upgrade. But owners of older devices from TomTom or other manufacturers will find this is a significant improvement, providing everything you need for automotive road navigation anywhere in the world.

At just shy of £300, it’s not a cheap device, but there are no subscriptions on top of this to pay. Unless you need a bigger screen, the TomTom GO 5200 is the new king of sat-navs.

The TomTom GO 5200 has everything you need in a sat-nav, and now includes Wi-Fi-delivered software and map updates.