What is the TiVo Bolt?

The set-top box market has become increasingly competitive with the likes of Roku, Apple TV and games consoles muscling in on the living room experience with a vast array of apps and inexpensive hardware.

To add to consumer confusion, there are cable and satellite boxes, as well as DVR replacements. The options are seemingly endless, and trying to determine which solution best fits your needs is tough.

The TiVo Bolt, however, attempts to be the set-top box that can fulfil most of your requirements. It comes with the streaming applications you’d would find in other set-top boxes, but adds the ability to watch live TV, record shows, and even skip adverts.

It also has smartphone integration, which should appeal to households that are committed to the world of cable but looking to break away from the living room. The TiVo Bolt is currently only available in the US and only works with US cable providers.

Although notably smaller than previous TiVo devices, it remains substantially larger than recent set-top boxes such as Apple TV or Roku 4. Worse, its banana-like shape means you have no choice about where you place it in your media centre if you stack devices on top of one another, which is just plain awkward. 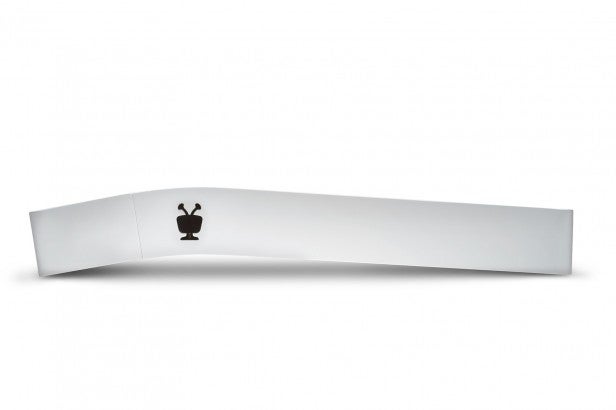 The TiVo Bolt is available with either 500GB or 1TB of hard disk storage. I tested the 1TB version, which is enough to store around 150 hours of full HD video.

As with previous TiVos, the TiVo Bolt requires a CableCard, which your cable company should be able to supply. Some companies may charge you a monthly fee for this, however, so it’s worth finding out before you take the plunge. The set-top box also supports an HD aerial for those who want to watch broadcast TV.

The Bolt has both Wi-Fi connectivity and a gigabit Ethernet port. The 802.11ac, dual-band Wi-Fi is particularly impressive: despite sitting in my basement, the Bolt easily connected to a router two floors up and delivered a consistent and reliable connection. 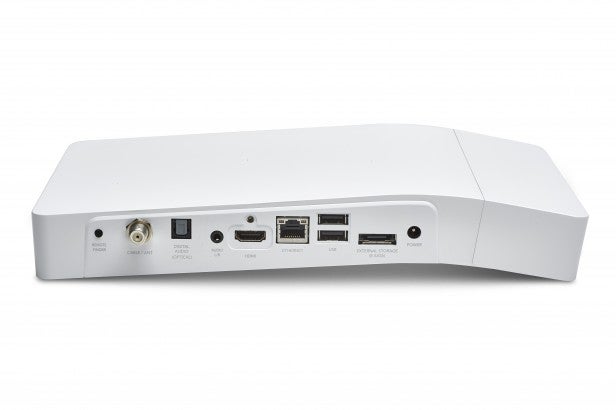 The obligatory HDMI port supports the latest HDMI 2.0, Ultra HD-compatible standard making it future-proof even if your current TV does not support Ultra HD content. You also get two USB2 ports and an eSATA port for hooking up external storage, which acts as an overflow for the internal disk.

The Bolt comes with a wide range of streaming apps, including the familiar options you would expect, such as Netflix, Amazon Instant Video, Hulu and YouTube.

Setup takes some time, however, so block out an afternoon to make sure you can get everything up and running. The device ships with an HDMI cable, so I was able to quickly plug that into my TV, hook it up to my cable connection through its coax port, and flick it on. Once the Bolt powered on, it was the start of a set-up process that took close to an hour.

The TiVo Bolt needs to calibrate on several fronts just to get to a television connection. After I spent the time plugging the device into my other hardware, I had to provide location information, connect it to my wireless network, and follow the many on-screen prompts to get going. While those prompts were helpful and easy to follow it was still a laborious experience. The Bolt’s remote may work well for a viewing experience, but for tapping around a menu, it’s a pain. Hopefully you’ll only have to do this once so the pain will be short lived.

There are two ways to get started with the TiVo: via over-the-air broadcasts, which is the quicker option, or by getting a CableCard from a service provider and watching TV through their offering. Since I already had CableCards handy, I opted for the latter.

The biggest issue with TiVo is that you’re required to pay a monthly service fee. While the Bolt comes with one year free, once that period ends you will need to pay $149.99 per year or $14.99 per month just to keep the TiVo service running.

The other consideration is that some service providers require that TiVo owners add a tuning adapter, called a switched digital video adapter, to the device. While connecting that adapter takes some manoeuvring of cables, it proved annoying to have to use it. It’s perhaps also worth noting that on-demand channels and other features one would find from their standard cable box may be unavailable, adding another wrinkle.

Service and setup present some issues that TiVo – at least right now – can’t address. And for many, the hassle of the extra adapter and monthly fee will be enough to make them look elsewhere.

The TiVo Bolt comes with the familiar peanut-shaped TiVo remote, although this one has been redesigned somewhat from the TiVos of old. While it is small, it’s still comfortable to hold and both children and adults should have no problems using it.

As with previous models, the remote has a TiVo button at the top, as well as easy access to critical features, such as the Guide, play, pause, and navigation. TiVo’s thumbs-up and thumbs-down feature for refining your tastes is also available, providing old-time TiVo owners with some familiarity.

The remote itself is well designed and I had no issue learning quickly where the buttons were placed and how to move my fingers around to find the features I wanted. As far as DVRs go, TiVo is still offering the finest remote on the market. 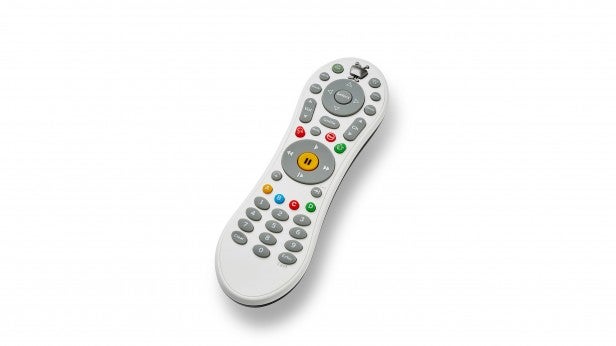 TiVo is similarly top-notch when it comes to user interface design. The company has polished the interface a little, but it still delivers an enjoyable, familiar experience that makes it easy to find programming, search for shows, and flip through menus.

It includes a feature called OnePass (a service that replaced the former Season Pass), which automatically finds and records shows across both live TV and online streaming services. For example, fans of the show Gotham can enter their account information for services such as Amazon Instant and Netflix and OnePass will pull in the series’ shows from all of those as well as your cable provider’s own on-demand service (if available) and put them into one easy-to-access place. OnePass is intelligent and convenient, and made both starting new shows and catching up on others simple and elegant.

Arguably its most intriguing feature, however, is the ability to skip adverts. SkipMode, which becomes available after a show has been recorded, provides an alert to let you know adverts are incoming. I simply pushed a button on the remote, and I was back to my show without having caught sight of an ad.

There are some caveats that govern the SkipMode’s use. For one, it’s only available for programmes that run from 4pm until midnight. In addition, it only works on around 20 channels. However, TiVo is expected to expand its partnership with other networks in the future to offer the SkipMode to more channels.

There’s also QuickMode, which I used to skip through parts of a reality show at increased speed while still being able to listen to the audio. It’s particularly useful for catching up on sports events and speech-heavy content as well as shows that perhaps don’t engage your full concentration. The device also comes with the ability to connect to an Android or iOS device, and either download or mirror content to those devices.

As someone who’s been locked in a world of cable for years, not having quick and easy access to on-demand channels was a pain. Granted, streaming apps have made this a little easier to swallow, but TiVo has several gaps in that area that need to be addressed before it can become a full replacement for heavy TV watchers.

With all of that said, it’s hard to find fault in the overall TiVo Bolt experience. Moving around the software was simple and I didn’t succumb to any annoying glitches. The device was able to render the features quickly, its 4K support is a welcome addition, and TiVo’s own features, such as suggestions and wish list, are still among my favourite for finding new shows.

TiVo Bolt – Should I buy the TiVo Bolt?

Those in the market for a new set-top box to upgrade their TV experience need to weigh up the pros and cons of switching to TiVo. They need to decide how many services are available, how much value they’ll get out of the device, and crucially, the total cost of ownership. Ultimately it depends on your own viewing habits and the services your cable provider already offers.

For those looking for a DVR experience and want some of the extras that are offered in streaming boxes, the TiVo Bolt delivers. Those who want a wider array of streaming services and don’t care about what’s on TV at any given time, however, will find that the TiVo Bolt falls short.

There’s also the issue of cost. The TiVo Bolt costs $300 for the 500GB model and $400 for the 1TB option. While that cost includes one year of TiVo service, after that, the TiVo-exclusive features – including SkipMode, QuickMode, OnePass, and others – come at a cost of $14.99 per month or $149.99 per year. Add that to the standard cost of cable television and the monthly fees charged by streaming services, and the Bolt’s total cost of ownership starts to soar.

At $300 or $400, the TiVo Bolt may be one of the more expensive set-top boxes on the market, but it also delivers one of the richest and most appealing experiences. Despite its unorthodox design, the Bolt’s outstanding software, unique features, good performance and plenty of add-ons make it a worthy buy.