“Locks and keys, locks and keys,” says Til Morning Light’s protagonist Erica early on in her house-bound adventure. “I have a feeling there’s going to be a lot of this,” she says, almost in desperation. Unsurprisingly – and rather sadly – she’s right.

Til Morning Light – another stab by Android advocate Amazon to launch a more-rounded-than-your-average-mobile-adventure game on iOS – has a lot of locks, a lot of keys, a lot of reading diary entries, running around collecting coins, a lot of block pushing, drawer opening, a lot of puzzle solving and a whole host of seemingly aimless exploring. It acts almost like a compendium of different video game cliches pulled into one package, serving as a tutorial for the last twenty years, but perhaps not much else.

Indeed, it says a lot that Til Morning Light feels like the kind of 3D adventure that could have popped up during the early days of PlayStation 2. Pushed into a supposedly haunted house against her will by two friends at the start of play, Erica’s over-riding goal is to find her way out again – a task she’s even keener to complete when she discovers said abode plays host to all kinds of ghouls out for her blood. 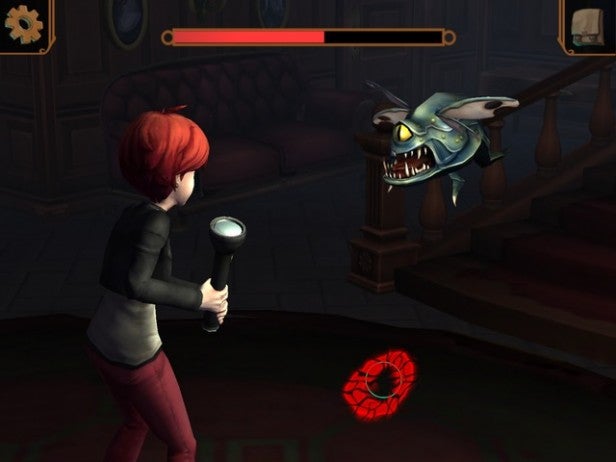 It’s here when Til Morning Light splits into two sectors of play. The dominant sector focuses on exploration and puzzle solving. As well as picking up food, items and money littered around the house’s halls and corridors, there are a number of physical quandaries to solve, mainly revolving around unlocking doors adorned with symbols – symbols that match those also branded on keys hidden around the house. Find said keys and the next stage of the house opens up, complete with a host of fresh puzzles for you to take on.

These brain teasers are never especially taxing and, if you do get stuck, you can use the coins you pick up to buy a hint to explain exactly what you should be doing and how, though most of the time success comes from simply interacting with every object you pass as you move through each room. 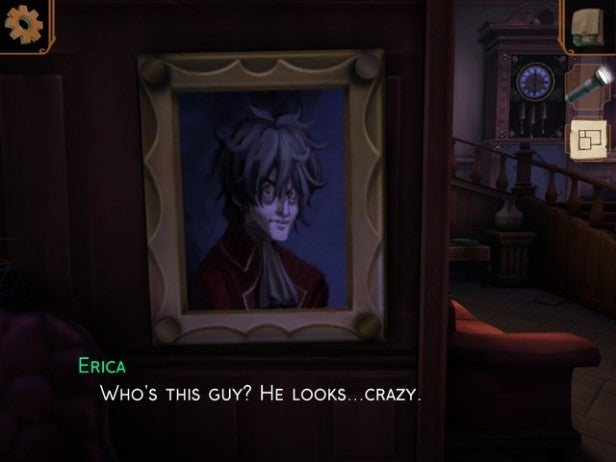 The other side of play focuses on combat. Til Morning Light’s aforementioned monsters pop up out of nowhere and, when in your vicinity, trigger a series of quick time events (QTE) that focus on either touching set parts of the screen or swiping when instructed. Miss time your input and you’ll take damage, though dying offers no real penalty given Erica simply wakes up back at the last automatic save point, usually a matter of moments before her demise.

Like the puzzle solving, Til Morning Light’s combat is especially light and it’s more a case of carrying out your tasks as instructed rather than actually relying on any great level of skill. So, if both the major elements in play feel a little half hearted, how exactly does the game sell itself? Til Morning Light’s glue, you could say, is it’s attempt to string these two halves together with an endearing main character wrapped up in an engaging adventure. 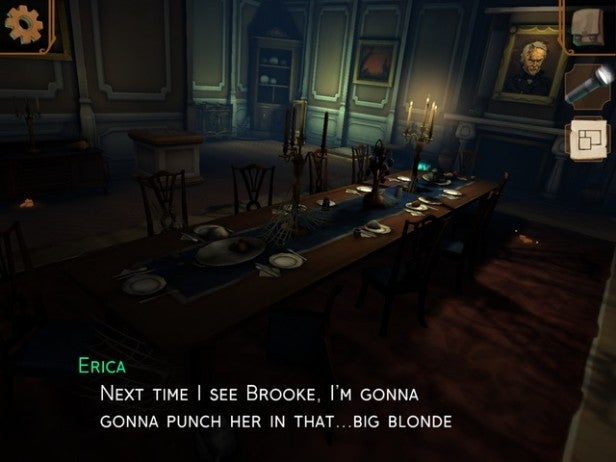 For younger players, it’s entirely possible that Amazon may have been successful in this endeavour – this is a game that could stand as a highly polished launchpad to an all the more rewarding adventure later down the line. For anyone with any facet of experience with action or adventure games, however, Til Morning Light has very little to offer. It doesn’t go far enough down either the exploration or the combat path to make its mark, meaning the whole experience is a tepid one that’s likely only to appeal to gamers eager to take a risk free wander down memory lane.

Even then, it’s questionable why you’d pick Til Morning Light over simply replaying a bolder, brighter game of old, leaving Amazon’s latest in the curious position of being a game that pays homage to so many games of old without better a single one of them. That looks like a locked door even Erica would struggle to find the key for.

Verdict
Perfectly well presented, Til Morning Light’s haunted house adventure ultimately feels too safe, too tepid to really stand on its own two feet, instead offering a mixture of puzzles and combat that tips its hat to games of old without ever actually building on them. Suitable for newcomers looking for a first step, that’s perhaps the limit of Amazon’s latest adventure longterm.