The Thonet & Vander Dunn soundbar is an attractive choice for first-time upgraders, but its middling performance means that seasoned buyers in the market for a great budget option should look elsewhere

What is the Thonet & Vander Dunn soundbar?

The Thonet & Vander Dunn is the latest soundbar to be released by German budget-audio brand. Equipped with a host of connectivity options (Bluetooth 4.0, a 3.5mm jack and a S/PDIF optical port), it also comes with a wireless subwoofer and four drivers – theoretically making it an attractive option for the price.

But is this list alone enough to raise it from the competition?

A soundbar isn’t traditionally something one would wish to draw attention to – its role is to sit under the TV inconspicuously. Within that context, the Thonet & Vander does a decent job, being a black box and soundbar combo that is sufficiently small and discreet to be easily placed out of sight.

Alongside the usual assortment of power plugs and audio connectors in the box, you’ll also find a wall-mounting kit, adding some further versatility to the setup. At 80cm long, the soundbar will fit under most televisions (save for those with mini-panels), while the wireless subwoofer at 35 × 32cm is also easy to hide. This will be particularly appreciated by those with limited space. 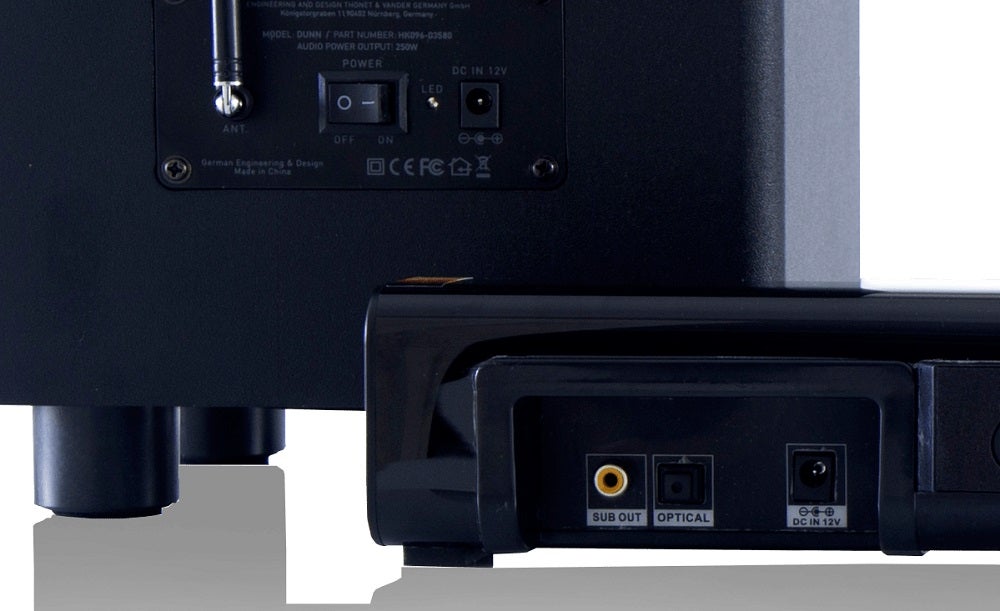 As might be expected for the price, there isn’t any support for more advanced audio features such as Dolby Vision. However, the lack of Bluetooth beyond 4.0 is something of a concern. This is par for the course at the moment, though, and as such can’t be held against the Dunn.

The Dunn soundbar itself features a four-driver setup. Each of the two mid-range drivers has a 2.5in tweeter behind it, while the two full-range drivers are 5in each. With no support for more advanced Bluetooth codecs, maximum levels of fidelity might be a letdown for purists, if not a deal-breaker for the average consumer.

Also included with the package is a credit-card sized remote control, which offers fine-tuning over the EQ. It has two pre-programmed presets, Movie and News, which will be okay for most. However, we found them to be a little too heavy-handed with the bass for our tastes.

As a unit being sold primarily through the likes of Amazon, for first-time buyers looking to upgrade from a Bluetooth speaker, for example, the emphasis of the Dunn is on usability. 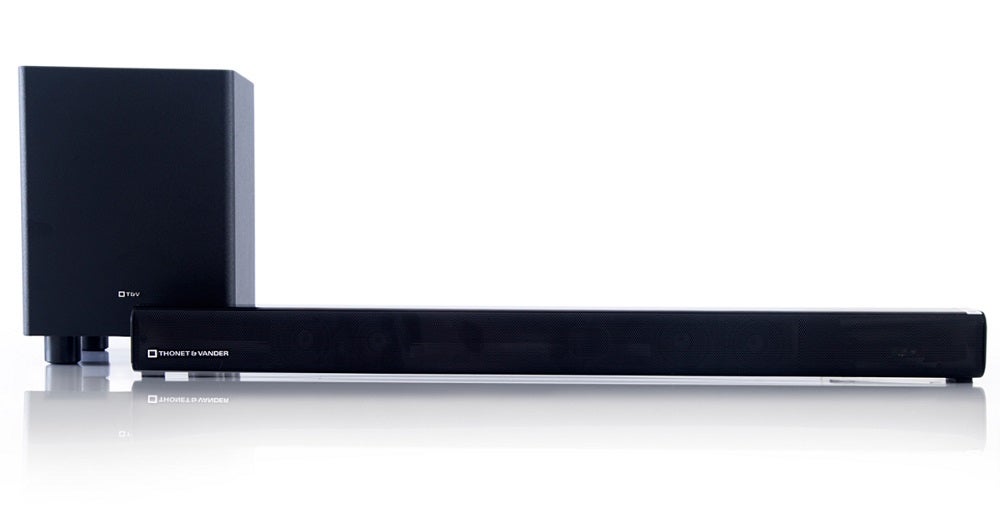 As such, setup is as simple as plugging in and pressing play. No complex cable management is required and the unit will pair with its base seamlessly.

In operation, the only visual clue of it being “on” is the presence of a small light on the right side, which flickers when attempting to connect. Each unit has an on/off switch; other than that there are no buttons on the units themselves.

If the Dunn soundbar is aimed thoroughly at those looking to upgrade their TV setup for the first time, its performance is tuned accordingly. That is to say, there are no bold claims regarding its capabilities in the field of spatial audio, and it doesn’t pretend to achieve a 3D effect (although something of the sort is possible with careful layout of the setup).

Its main claim to fame, other than the manufacturing materials that the press pack is keen to push, is its maximum volume output of 250W.

To put this in context, the average “small” Bluetooth speaker from Amazon might push out 20W of sound. Understandably, then, the Dunn offers a significant boost up on this – and again highlights the fact that it’s aimed at those looking to upgrade on the cheap. 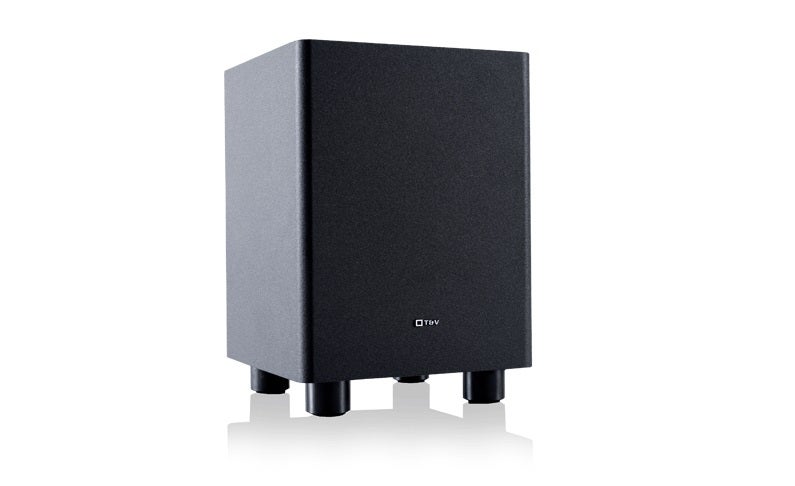 For the most part, the audio delivered by the Dunn is decent audio produced. The bass is powerful, geared for action movies, and comes with a degree of warmth and plenty of depth. Watching the classic Speed, explosions sounded suitably world-shattering, while in John Wick the thumping electro soundtrack was given an extra tense edge.

In terms of its treble range, however, the Dunn disappoints. On the out-of-box equaliser settings (which many are likely to stick with), the mid-range drivers struggle to be heard above the subwoofer, which suggests an imbalance in the studio tweaking. It’s quite easy for powerful bass units to drown out the treble range with their vibrations – this is clearly an issue here.

Most will likely find they’ll need to maximise the treble and soften the bass in order to get the best performance out of the Dunn, but its power will impress nonetheless. It might not be enough to fill a cinema, but for the average living room it will prove capable enough.

Note that we did find in our testing that definition becomes a little muddy at high volumes with the standard settings. Some equaliser tweaking will overcome these issues.

Should you buy the Thonet & Vander Dunn soundbar?

If you’re someone who has a Bluetooth speaker plugged into their TV, looking to upgrade their setup for the first time, the Thonet & Vander Dunn is a solid choice.

For a reasonable price it offers versatility in placement, plenty of connectivity options and a fuss-free setup. This is paired with a powerful bass and reasonable mid-range performance. For this reason, it is maybe best for those who are partial to action cinema.

However, for those who like their films dialogue-heavy, or for more seasoned AV specialists – or even those looking to build their aspirational, top-quality home cinema – there are other options available for only slightly more that would be a better fit.