Version tested: Xbox 360
Xbox 360-owning RPG fans have never had it so good. The pre-Christmas period brought us the glories of Dark Souls and The Elder Scrolls V: Skyrim, and the last few months have delivered the lovable Kingdoms of Amalur: The Reckoning and the hugely impressive Mass Effect 3. With the arrival of The Witcher 2: Assassin of Kings, it’s hard to imagine how things could possibly get better. 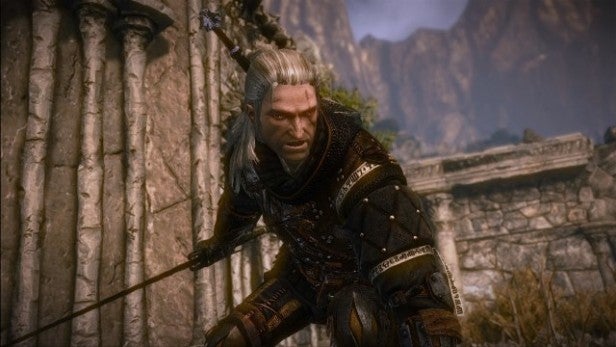 Normally, it’s hard to get enthusiastic about a console port of an existing PC title. Most are miserable, bug-ridden, half-assed efforts with stripped-back graphics and ill-conceived controls, and even the mighty Bioware has fallen short with its ropey console versions of Dragon Age: Origins and Dragon Age 2. The Witcher 2, however, is in some respects an improvement on the original game. It might not look 100 per cent as spectacular as it did on a top-notch PC, but it still looks great. In play, meanwhile, it’s an almost-perfect fit for console gaming.

A Darker Fantasy
Following on from 2007’s PC only The Witcher, The Witcher 2 continues the story of Geralt of Rivia, who happens to be a witcher: a kind of magical, mutant bad-ass specialising in the hunting and slaying of monsters. Geralt begins the game as a jumped-up bodyguard to a warmongering king, but when that king is slain by a mysterious fellow witcher, who cheerfully leaves Geralt in the frame, it’s up to our hero to escape and go on the villain’s trail. 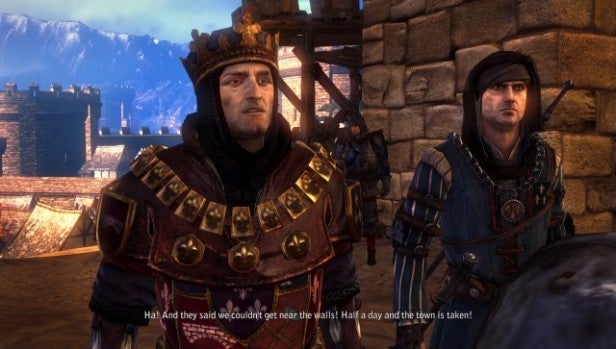 With its political disputes, racial tensions and dog-eat-dog kingdoms, this isn’t your standard high fantasy adventure. Like the Dragon Age games, A Game of Thrones, George R.R. Martin’s source novels or the books of Richard Morgan and Joe Abercrombie, the world of The Witcher is gritty, cynical, politically aware and happy to deal with the darker aspects of human (or even non-human) nature. There’s sex, swearing and plentiful violence, and if it all gets a little overplayed from time to time, it still makes for an engrossing and unpredictable tale, where it’s sometimes hard to tell the good from the bad.

Challenging Combat
The Witcher 2 is a combat-heavy game, and one where you really have to think about what you’re doing. The real-time sword-swinging actually works extremely well on a gamepad, and the use of magic, traps and bombs is well-handled. But if you try to play The Witcher 2 as you might a hack-and-slash action game then you won’t last long. It’s all about picking your fights, making sure you block and evade incoming blows, and using magic and traps to control the crowds of monsters until you can whittle their numbers down. 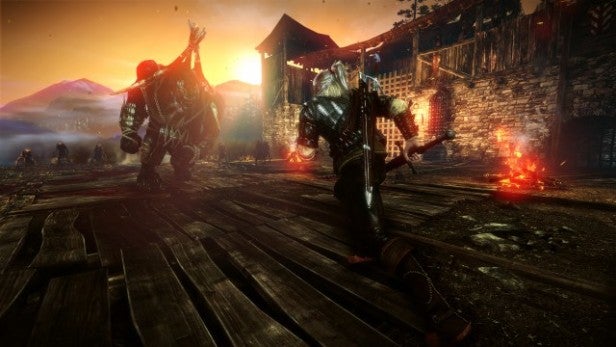 It’s also a game where you really need to get to grips with crafting, potions and armour and weapon enhancements, not least because without them you’re pretty much toast. Spells and traps are now accessed through a right-bumper aiming feature and a radial menu, both of which slow the action down while in use, and while initially you’ll feel a sense of panic as you try to deploy attacks before enemies close, it’s not too long before it all falls into place.

Arguably, the console release improves on the PC version, with a tutorial that does a better job of covering the basics of fighting, pre-combat preparation and inventory management. The development team at CD Projekt has also done a very credible job of making some fairly complex crafting and inventory screens work on an HDTV with a console controller.

Most of all, some of the early sections of the game feel like they have been finessed a little to make them more welcoming. While the PC version has even seasoned RPG veterans swearing from time to time – we were dreading an early encounter with a dragon that made blood boil when we played the first time around – this Enhanced Edition seems a lot more accessible.

Choice matters
This is exactly what the doctor ordered, because once you get over the initial difficulty hump The Witcher 2 is one of the most compelling RPGs of the last few years. From the moment you set foot in the small harbour town of Flotsam – the game’s first hub – there’s always a wealth of things to do, whether it’s getting hold of any witcher’s most essential monster-mangling tool – a silver sword – or hacking away at the local population of flesh-eating wretches.

There are quests and side quests a-plenty. As part of the Enhanced Edition, quests originally provided as additional DLC are now intergrated within the main game, and there are even new exclusive quests thrown in on top. Like any truly great RPG, you can lose yourself in the Witcher 2 for weeks on end. 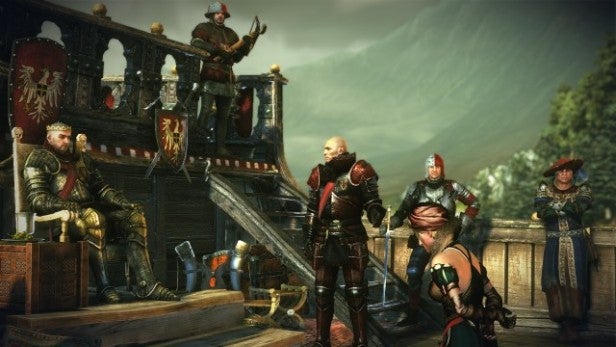 Most of all, there’s a sense throughout that your choices matter. As in Bioware’s games, The Witcher 2 is awash with dialogue trees, but here it’s less about deciding whether you want to be a paragon of virtue or the badass that gets things done, and more about simply working your way through a brutal and unforgiving world.

There are moral choices to be made, but it’s a rather shady kind of morality that keys in with the game’s dark atmosphere, and many of your actions have real consequences.  And while the experience system doesn’t quite provide the same range of options that you have in Amalur or Skyrim – Geralt is primarily a swordsman, not a sorcerer – there’s still plenty of scope to chisel out your own character, and adapt him for your own style of play.

Visual achievements
Technically, The Witcher 2 is a bit of a triumph. The wonder of the PC version was its rich textural detail and excellent lighting, which combined to make some of the most believable characters, creepy dungeons and sun-dappled forests we’ve seen in a fantasy RPG.

The world of the game was a great one to explore because, for all its grim-ness, it was beautiful. Amazingly, this still holds true of the console version. The PC version has sharper and more detailed textures, but the Xbox 360 version doesn’t have the flat, washed-out look that spoilt Dragon Age and its sequel, and the revamped lighting system is actually better and more naturalistic in some ways (though if pushed we’d say we’d prefer the original’s more cinematic look). 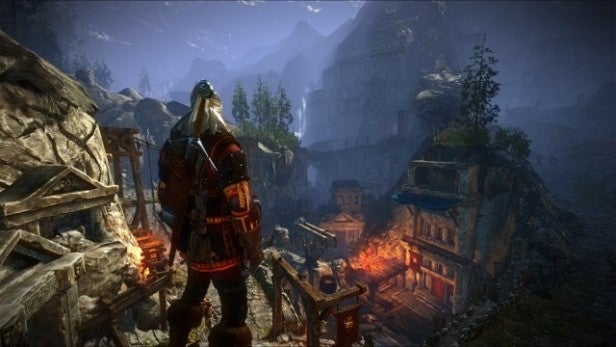 There are some minor issues, with textures popping in from time to time and the odd spot of tearing, but the frame rate stays consistent throughout. Overall, the Witcher 2 is a glowing testament to how good a console port can be when the team behind it puts in enough thought, expertise and time.

That doesn’t mean The Witcher 2 is perfect. There’s still a sense that this is a game for the established RPG fanbase, and that If you don’t already know about the importance of crafting, pre-battle prep and reading the comprehensive in-game journal at every opportunity, then… tough.

The wealth of missions available can sometimes be a curse, and you’ll find yourself steered towards a quest that you’ll actually be incapable of doing unless you have other things in place first. Luckily, having already played the game before, we already realised that we wouldn’t get far without that all-important silver sword, but not everyone will realise this is the case. 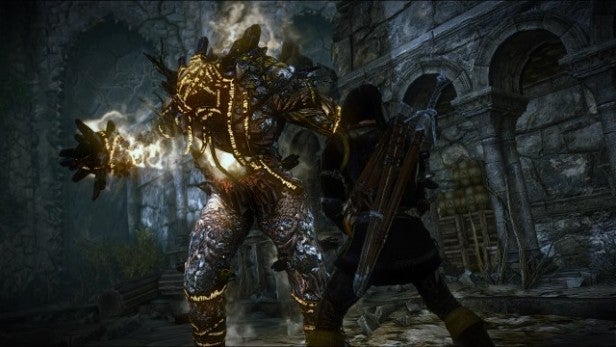 It would be stupid to criticise a game because it demands that players put in some effort – after all, without some complexity an RPG just isn’t an RPG – but The Witcher 2 could do a slightly better job of helping players focus their energies in the right direction. CD Projekt is obviously trying, and frequently succeeding, but it still hasn’t quite got there yet.

Verdict
If you are an experienced RPG player, or if you’re keen to tackle a fantasy epic with plenty of meat, then this Enhanced Edition of The Witcher 2 is a must. For once we have a console version of a PC RPG that doesn’t look or feel like a calculated insult, and that in some ways provides a smoother and more welcoming experience than the original. It’s a great game reaching out for a wider audience. It richly deserves to grab one.