Available on PC via Steam, PS4 coming soon
This isn’t the game you might expect from the brains behind Painkiller and Bulletstorm, though you can see how ideas formed for Gears of War: Judgement have reached a kind of fruition here. Having left People Can Fly behind, Adrian Chmierlarz founded a new studio, The Astronauts, and with The Vanishing of Ethan Carter it’s off to an auspicious start. A narrative-led mystery horror game, it’s packed with ideas about how you to make storytelling work inside a first-person game – and without resorting to the usual tropes of the shooter or survival horror genres.

While it has elements of what some disparagingly describe as ‘walking sims’, Dear Esther being the obvious example, there are enough elements of adventure and puzzle-solving to ensure that The Vanishing still feels like a game. It’s Murdered: Soul Suspect with a stronger narrative and without the dodgy wraith sequences. It’s what Bioshock: Infinite might have been if Irrational had dumped all the bloodshed and focused on collecting audio diaries. 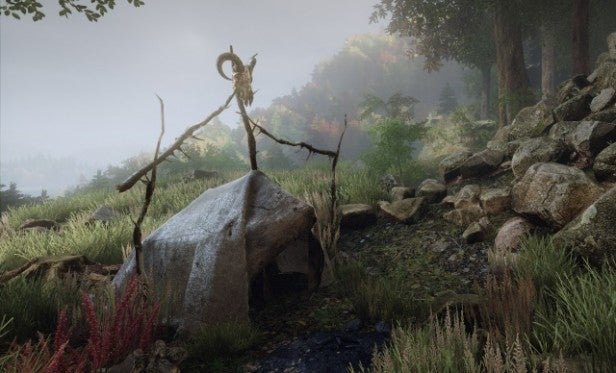 It’s the tale of a so-called psychic detective, Paul Prospero, called to the remote village of Red Creek Valley by an imperilled teenage boy. Prospero arrives to find the valley – a substantial area of wooded hills, lakes, rivers, houses and dams – seemingly abandoned, the woods laden with traps, and the odd corpse littering the landscape here and there. Luckily Paul can use his psychic powers to put together what has happened, and maybe save young Ethan from a fate worse than death.

To do this, he roams the area around Red Creek Valley, finding bodies and solving simple puzzles to trigger memories of one fateful night. Remember the way that Chmierlarz’s last game, Gears of War: Judgement, was all about piecing together flashbacks, and finding the real, unvarnished story behind the censored take? Well, The Vanishing puts similar ideas right at the heart of the game. Find the corpse, put the right pieces in place then make contact, and the individual chunks of story float off to make bite-sized scenes, ready to be assembled in chronological order by our sixth-sense sporting sleuth. Assemble all the facts, and you might just solve the game. 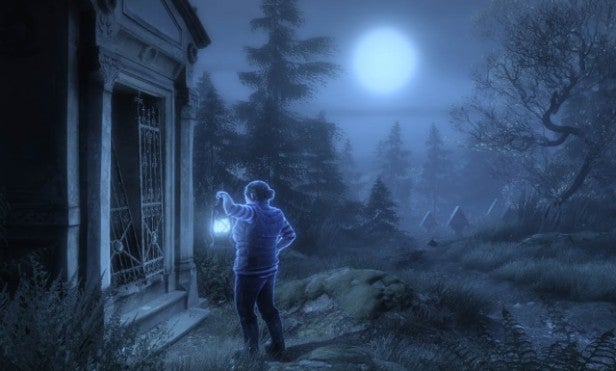 The Vanishing warns you from the off that it won’t hold your hand, and it really doesn’t. There’s no objective marker, journal or handy arrow to point you in the right direction, and – up to a point – you can go where you like and assemble the story in any order that you wish. Of course, some parts of the game only open up once you finish a specific section, while some stories are inaccessible until you’ve gained knowledge from another bit of the tale. Overall, though, The Vanishing does a pretty good job of giving you a narrative that you explore at your own pace, in your own way, with the whole lot only truly coming together at the end.

The puzzles, it has to be said, are fairly simple, with the best pushing your skills with spatial awareness and keen observation, and the worst being little more than exercises in finding missing objects and slotting them into place. Even the game’s signature puzzle – putting the different scenes of a story in order – gets easier as time goes on. 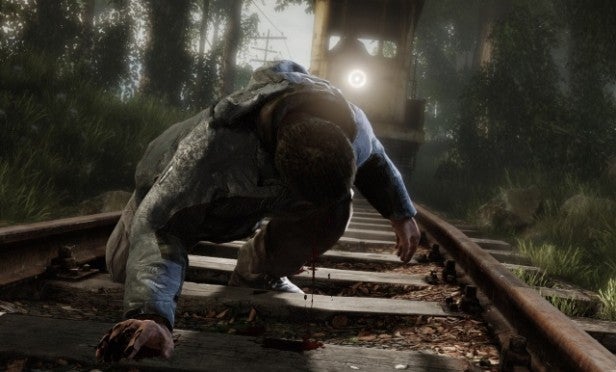 But then challenging gameplay isn’t the point here – atmosphere is. This is a game without any combat whatsoever, where you’re rarely in any real danger, and where big shock moments are few and far between. The scenery is beautiful and the natural lighting stunning. The Astronauts used a technique called photogrammetry to create photorealistic models and textures from photos, and the results are consistently breathtaking, particularly as you explore the game’s great outdoors.

Yet Red Creek Valley is a deeply creepy place. There’s something rotten at the core of it – something that harks back to the weird fiction of HP Lovecraft or Algernon Blackwood’s The Willows – and everywhere you look there are signs of decay, neglect and fear. If your nerves find the visuals, the vignettes and the visions hard going, then better turn the speakers down or take the headphones off. The score is bad enough, working up towards a climax even when nothing’s going on, but it comes infested with nasty ambient sounds that put you constantly on-edge. 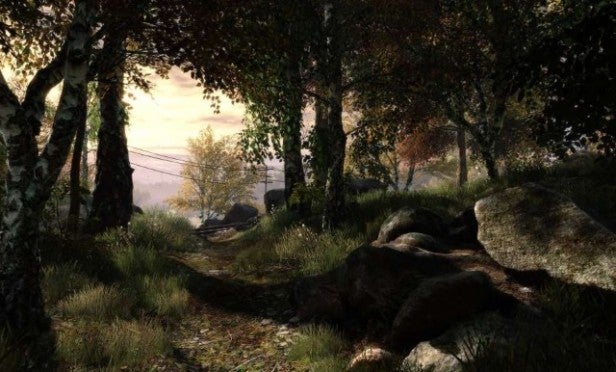 The Vanishing is a relatively short game, but not one you’d like to see stretched further for fear of losing its eerie tone. After all, there are good reasons why both Blackwood and Lovecraft were at their best with shorter fiction, not lengthy Stephen King-style sagas. As it is, it’s not flawless, with a bit too much backtracking and extended wandering in the game’s last section, and a tiresome sequence in a haunted mine that will have you reaching for the nearest FAQ (don’t do it!).

It also suffers an outbreak of the plague affecting so many good adventures – the vital item hidden somewhere wilfully obscure. Given The Vanishing’s tendency to wallop you over the head with floating, swirling, zooming text to indicate that YOU HAVE DISCOVERED SOMETHING REALLY IMPORTANT, its failure to do so when you need it most is a bit exasperating. 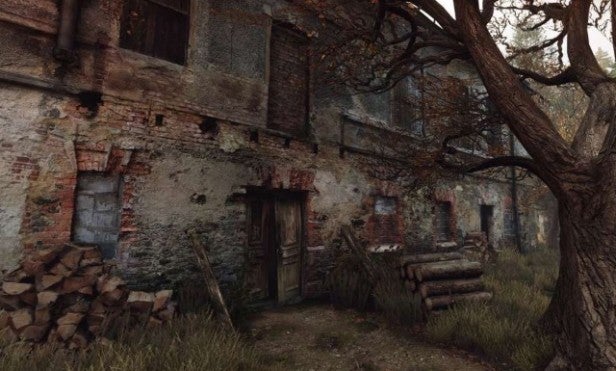 Still, small complaints. I suspect that The Vanishing of Ethan Carter isn’t the end-point of The Astronauts’ explorations, but a beginning, and that we’ll see something bolder and even more ambitious next time around. As opening gambits go, it’s genuinely intriguing, and a game that will haunt you in all the right ways.

Verdict
A richly atmospheric, story-led adventure which makes up for in chills what it lacks in challenge. The puzzles could be tougher and more varied, and at times all the wandering drags, but it’s a superb-looking, forward-thinking mystery game that creeps you out without resorting to the usual sudden scares.