The Sinking City is a near-miss, and a unique foray into survival horror. It doesn't coddle you, and it certainly doesn't do any hand-holding, which makes it a unique detective outing let down in its execution by a number of tiny flaws.

It’s hard not to appreciate what The Sinking City, Frogwares’ latest detective-’em-up, has tried to achieve, even if it flubs the execution.

The Sinking City seeks, primarily, to link up the gameplay of Frogwares’ own Sherlock Holmes franchise with the writings of acclaimed (and controversial) horror writer H.P Lovecraft, trying to play with the world of cosmic horror he created.

Indeed, fans of his work will find plenty of small references. Meeting a man clad in a yellow suit in the opening moments, you share a nod before soon after being introduced to Robert Throgmorten, who resembles Lovecraft’s own Arthur Jermyn in all but name. These references come in thick and fast, and they go a long way in establishing the world — and a tone — in the opening hours.

The Sinking City’s biggest success is the mood it creates. The half-submerged city of Oakmont is being torn apart by colossal storms while strange creatures, known as Wylebeasts, skitter and slime in the darkness. There’s no reason any sane person would choose to loiter here, and as a result it’s a fascinating portrait of ruin. Many of the inhabitants either can’t or won’t leave, as the city is slowly overcome by an unsettling pressure. 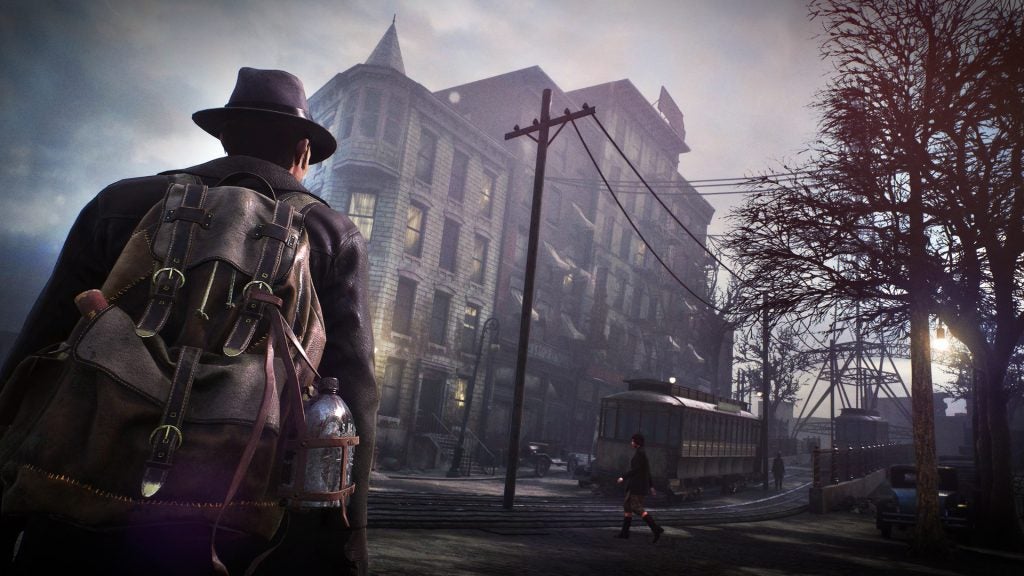 Early on, traipsing through a half-abandoned hotel, I picked my way through rooms littered with ravings daubed on the walls, and a room empty but for a burnt portrait hanging above the fireplace. The atmosphere is subtle but effective, and I found that existing in this world started to feel oppressive and tense.

It also does a good job of subverting many of H.P Lovecraft’s problems.

Lovecraft was, if we’re honest, a huge racist – even in the 1920s when this was something of an achievement because being just quite racist was the norm for America, where he lived. This seeped into his writing and everything “other” suddenly became bad. As a result, a lot of Lovecraft’s work focuses on white men in New England being beset by things that aren’t white men, with some thinly veiled racial jabs and a very unfortunately named cat.

So, any creative work based on Lovecraft’s needs to do a little bit of work to distance itself from his ideals. Here, the streets are teeming with a variety of different characters, and they avoid the trap of making say, everyone with “the Innsmouth look” a villain, with many of the varied characters in The Sinking City actually confused and tired by the mass of “newcomers” that are making the pilgrimage to Oakmont after the floods started.

However, move away from this and The Sinking City doesn’t have too much to offer beyond a sinking feeling. While it works in its portrayal of a 1920s detective game, the cases you’re solving are uninteresting, and often lack a key moment of cracking a case, no aha moment as your deduction causes everything to make sense. Instead, you use private eye and player character Charles W. Reed’s occult-o-vision to go back and see what actually happened at a crime scene before looking about town for your next set of clues. 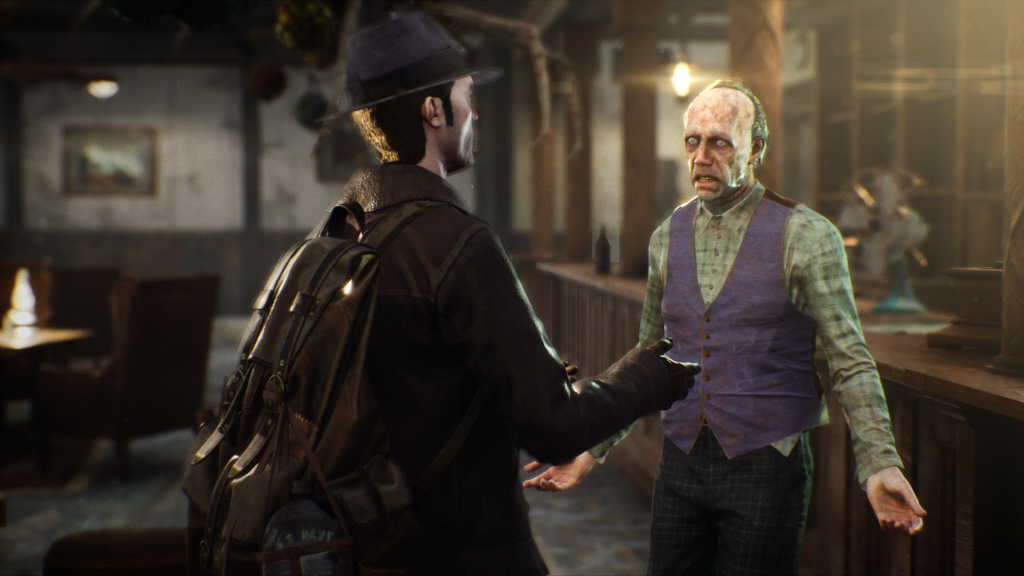 There’s no hand holding here, so there are moments when you do feel genuinely smart for piecing something together. However, it’s not much compared to the elation I got with every successful identification in say, Return of the Obra Dinn, which uses very similar mechanics, and had me punching the air every time I successfully pulled key information together.

However, I did enjoy the sanity mechanics. Discover something truly creepy, or confront too many horrors, and you’ll start to hallucinate. These moments are genuinely chilling, and I found they often forced me as a player to take a second and wait for the sanity meter to recharge, so disorientating were the visions.

Ultimately, a detective story is only as interesting as its narrative hook, and when you’re trying to work out a drunken brawl on a dock or find some paperwork hidden in an office, it can feel like a chore. This, honestly, is probably a decent facsimile of detective work, but lacked the spectacle I wanted to draw me in.

This was especially true with how painful travelling around the city can be. Thematically, getting around a sinking city by boat is great and navigating by the street maps should be exciting. But once I’d seen some of the life in Oakmont, I found navigation was somewhat tiresome – although you do quickly unlock fast travel points. 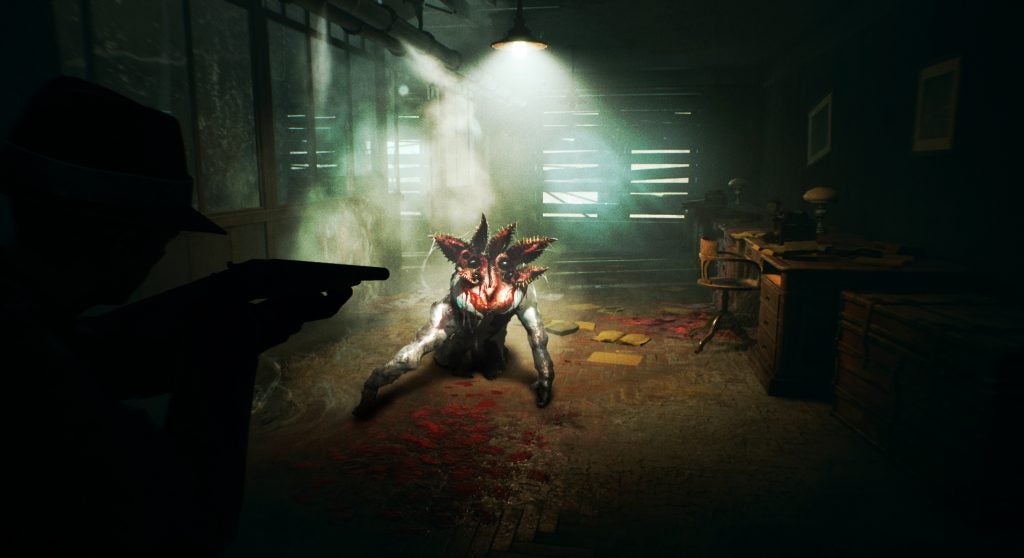 Causing more problems is the game’s somewhat perfunctory shooting segments. A detective in a place like this probably should carry a gun, and the few times I used it against other humans did feel a little shocking. Sadly, over-the-shoulder combat segments that saw me shooting a variety of Wylebeasts, felt awkward and out of place.

Zones where enemies swarm you, marked in the open-world map as “infested areas”, are littered with crafting components and loot, but it’s clear that as a player neither you nor the developers really wants to get too involved with the combat.

Annoyingly, the currency in Oakmont is bullets – for a reason that’s never satisfactorily explained. The end result of this is that every time you’re in combat, you’re basically hurling money at the enemies to try and get them to leave you alone, making combat frustrating, and the lose of scant resources even more so.

Many survival horror experiences have made resource management work, and it’s a core part of the genre, but The Sinking City is a detective adventure at heart, with horror coming from the general unease instead of ravenous beasts. 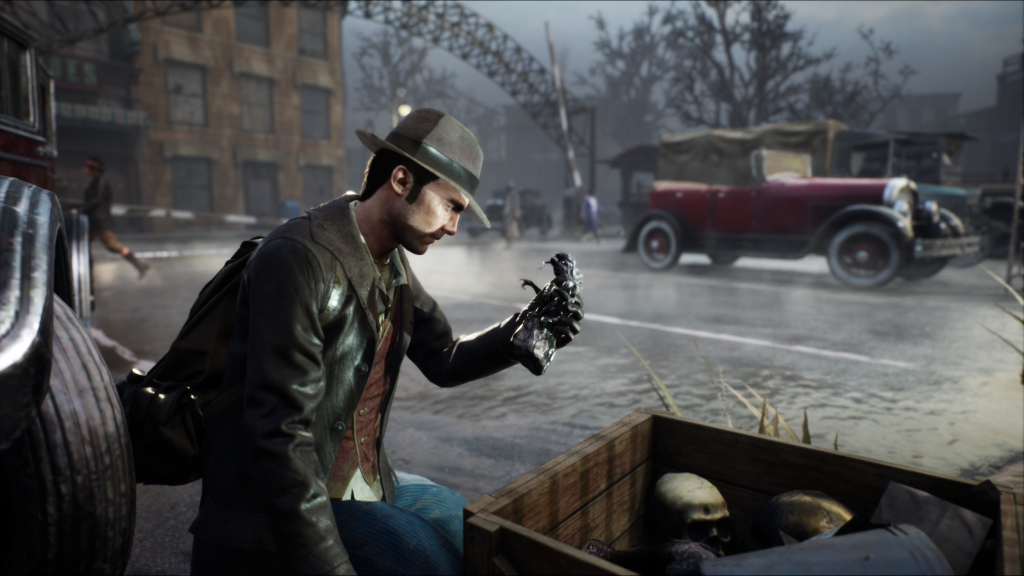 It could have also done with another coat of polish. As an open-world it’s generally bug free, but a few times I encountered unusual physics glitches; one time I vaulted onto a parked boat and found myself 15 feet up, floating in mid-air. It’s not a huge problem, but they’re all tiny scratches in the atmospheric veneer that makes The Sinking City work.

The Sinking City is a near-miss, and a unique foray into surivival horror. It doesn’t coddle you, and it certainly doesn’t do any hand-holding, which makes it a unique detective outing let down in its execution by a number of tiny flaws.

A sequel that focuses on making cases less humdrum, and cuts back on the combat, could be a hell of an offering for devout fans of the detective genre. The game isn’t bad, but it’s hard to care about what you’re doing when many cases in The Sinking City are so banal.