Turn to page 2 for our original PC review from 2014

It’s taken over three years for The Sims 4 to make the move from PC to console, and in those three years a lot has happened to the PC game. Content that was missing from the first release – including a toddler stage of childhood, swimming pools and swimming costumes – has been introduced through free updates.

Four paid expansions and a range of downloadable add-ons have made a game that originally felt sparse seem much richer and more interesting, albeit for a sizable investment on top of what was already an expensive game. 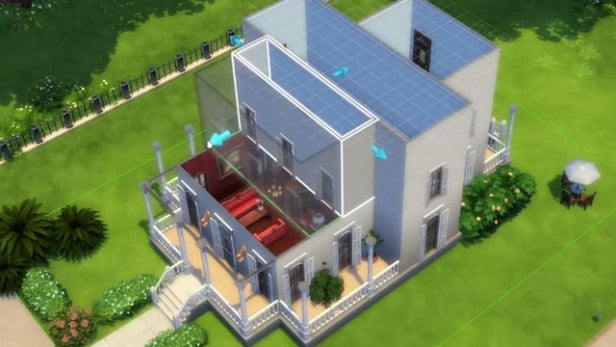 The new console versions of The Sims 4 don’t quite drag us back to square one – the toddlers and swimming pools remain – but it comes pretty close. The result is a game that still has much of the magic of the PC original, but with its failings magnified and a few new ones thrown in.

If you previously played The Sims 3 on PS3 or Xbox 360, you can expect to have the same love/hate relationship with The Sims 4 that your PC-gaming compatriots had before you. It’s a game that’s one-part frustration to every two parts fun.

Inevitably, the biggest challenge is the controls. On the PC, The Sims 4 wasn’t exactly short of menus, modes, selectable objects, icons and buttons to navigate, and – much to its credit – Maxis hasn’t dumbed things down for the console release. Perhaps it should have. 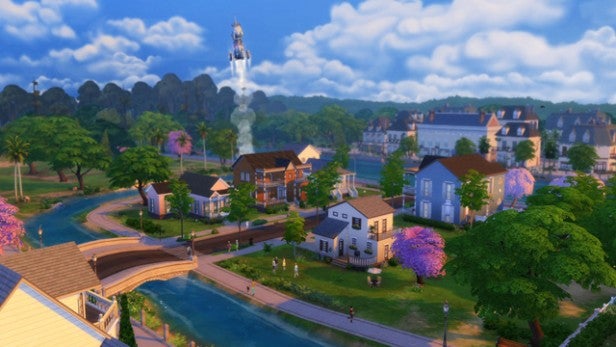 Moving the pointer around with the left analogue stick, while controlling the camera with the right, doesn’t really become a familiar action even many hours in. Selecting Sims or objects in a hurry, picking dialogue choices or choosing from menus feels clumsy, like you’re trying to handle a complex task with the wrong tools in hand. Maxis has done its best with different control modes, context-sensitive controller maps and useful shortcuts, but The Sims 4 still feels awkward.

Sadly, where you feel this most is in one of the best bits of the PC original: Build Mode. The Sims 4 has the best home-building, furnishing and decorating tools of the series, not to mention great character creation and customisation tools. However, navigating these with a controller, not the conventional mouse and keyboard, can be tough. Too often you’re fighting the camera, struggling to remember how to access functions, wondering where the pointer has disappeared to and trying to do things with a level of precision that the controls can’t quite deliver.

With practice and a few adjustments to the view, you will get better, but some of the biggest, most creative pleasures of The Sims 4 on PC aren’t quite as creative or pleasurable here. 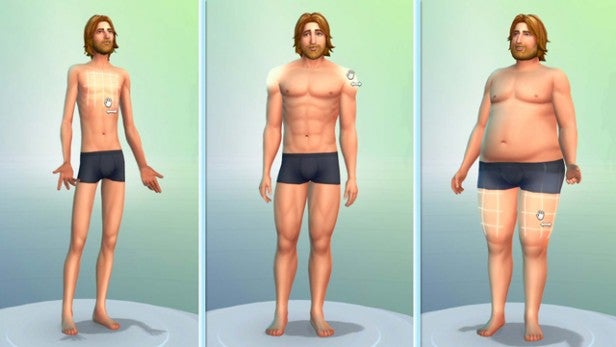 Meanwhile, earlier criticisms remain. I’d actually forgotten how much The Sims 4 felt like a step backwards from The Sims 3 in terms of its neighbourhoods. Out go the coherent, open-world settings of the third game, with their bustling public areas and residential zones. In come smaller, if busier, areas that are linked by map screens, with loading screens every time you travel between them.

Not only do the neighbourhoods feel less like part of one town, but they seem shorn of amenities and life, with only a handful of places to hang out in in each, and no bookstores or grocers to frequent. When your Sims go to work, they seem to disappear into another universe entirely – something addressed in the PC’s Get to Work expansion pack. Without the expansion packs, already emerging for the console versions, The Sims 4 sometimes feels like a ‘starter edition’ of the game, but one that you’ve ponied up a full game price for.

These are legitimate criticisms, but what’s more frustrating is that, three years after the PC release, the Xbox One version I tested still doesn’t quite feel ready for release. It looks great and the Sims AI holds up really, but over a few days of play I’ve had the game freeze once, crash twice and the UI get stuck without the pointer on three occasions. Worse, I’ve had saves across two different games fail to retain several hours of progress, with both manual saves and the autosave affected.

It appears from EA’s technical forums that I’m not alone. Console gamers aren’t used to dealing with this stuff. In fact, I can’t remember the last console game where I had this kind of issue.

All this is a colossal shame, just because The Sims 4 also gets so much right. With a focus on emotions, larger ambitions and more complex, interesting relationships, it works better than any previous version as a kind of virtual soap opera, where your Sims and their lives are constantly evolving. There’s something about watching your Sim grow up, develop their career, make friends, try out relationships, settle down, start a family and so on that keeps you hooked – and that’s without the classic capitalist fun of accruing meaningless possessions and pimping up your house.

And if you want more drama in your soap, you can have it. Fill your neighbourhood with different Sims; make them friends, rivals, enemies and lovers. The series’ move away from tedious micromanagement into a larger-scale game of life, aspiration and achievement has made it a stronger vehicle for great stories, even if – or maybe because – those stories aren’t always under your direct control.

Either way, we’re looking at an epic time sink, where you don’t always seem to be doing much, yet the hours keep drifting by.  Sure, it can be repetitive – particularly when there are only five or six places to take that special Sim on a date – but it can also be ridiculously absorbing, even fascinating.

The Sims 4 might not have the scale of The Sims 3, but it makes up for that in the detail, whether that’s the vast range of animations covering every movement, activity and encounter, the different ways your Sims express emotion, or even their different, occasionally peculiar toilet habits. The Sims makes for compulsive playing, even when what you’re actually doing sounds quite dull.

There’s no question about it: if you want to play The Sims 4, the PC is still the best way to play it – and given that its PC system requirements are fairly low that’s what we’d recommend.

Get used to the console controls and it’s still a fascinating town-building game/life sim/virtual soap, but one with a few too many bugs for comfort. If EA cleans those up we’ll raise the score another notch, but right now The Sims 4 console versions could still use a little work.

Next
The Sims 4: Original PC review