When you boil The Incorruptibles – Knights of the Realm down, it’s hard not to view the battles that make up the bulk of its play as intentionally elaborate takes on a simple game of rock, paper, scissors.

Throughout the scores of encounters that make up its campaign mode, the main goal in each and every one of them remains largely the same: take out The Corrupted, a series of heavily armoured evil knights that are looking to push your people out of existence. Doing so, however, relies on you knowing just which troops you should send to take on which rivals, with the different scales and capabilities of units meaning some are more suited to taking out smaller, nimbler enemies while others are a better foe for the big brutes.

It’s a complex language that takes some time to get used to, but one that’s essential to get to grips with if, in the more difficult stages, you want to do more than simply die repeatedly. Unless you part with your cash to make the difficulty curve a little less steep, of course. 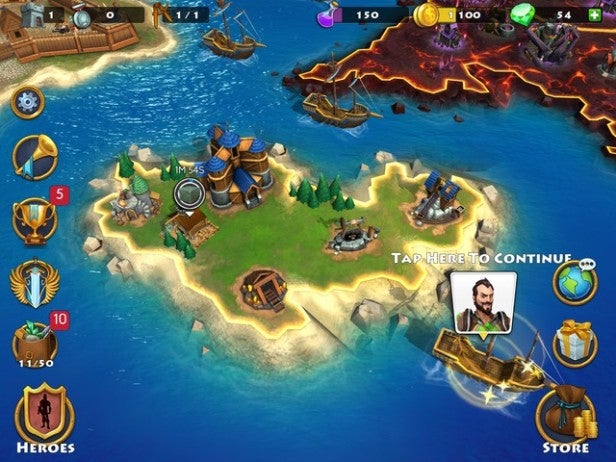 This, essentially, is the battle that The Incorruptible’s has within itself from beginning to end. In terms of design, Maximum Play’s RTS feels like a mobile take on the Age of Empires model, letting you build and upgrade your defences actually in the midst of a battle, monitoring and responding to what resources you have at any given time in a battle to get the most out of your men.

For a game where most of the battles are designed to last little longer than five minutes or so, The Incorruptibles offers a surprising level of sophistication.

On the flip side, the way The Incorruptibles is delivered feels like a attempt to mirror Clash of Clans and its ilk – or, at the very least, not alienate the leagues of gamers who may move over from Supercell’s all-conquering epic looking for something for substantial. In this regard, The Incorruptibles seems designed to make you grind; there’s no energy system as such, but rather a lot of waiting to do while bases you’ve taken over on what is quite an expansive map are either built on or upgraded. Taking on levels before you have an army capable of coming out on top is a fruitless endeavour, meaning replaying some old encounters still available or simply waiting for various clocks to tick down are your only options. 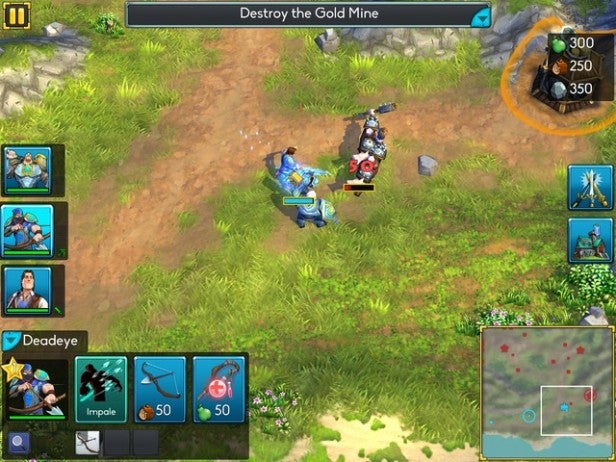 The two drives – wanting to offer depth whilst still appealing to the casual, free-to-play geared market – never really gel in truth, and The Incorruptibles is dogged by a feeling that the different parts of the development team were singing from different song sheets. Nevertheless, there’s one unmistakable fact that drives the game through regardless: the battles themselves are quite a lot of fun.

Typically starting out on one side of the screen with a main base and plots to build additional fortifications on, victory means either taking out a specific building on the enemy’s side of the map, or simply wiping the entire battlefield of foe. Either way, beyond the early, typically easy encounters, battles are finely balanced, with The Incorruptibles charging you from moving from attack to defence and then back again repeatedly within one encounter. All this happens while you attempt to unlock new bands of troops, with different units only coming into play when your main base has been upgraded to a particular level. 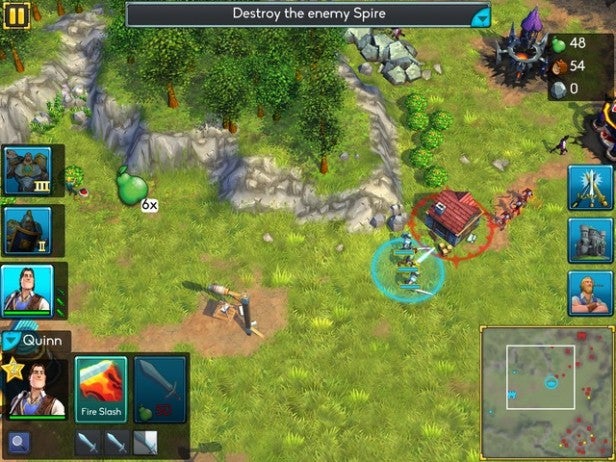 The resources needed to do so are obtained either by taking out your rivals, or by the towns folk who run around the map chopping down trees, harvesting fruit or collecting rocks – towns folk who, without defences of any kind, are ripe for the picking.

So, while you’re also moving in on rival territory, you’ve also got to protect your own population – a population that hold the keys to upgrading your troops to a degree where they can win the battle. Add to this the fact that any troops you lose in the fight won’t respawn for several seconds, leaving you wide open to enemy attack, and you’ve got a battle system that’s entirely fluid. As such, fights that seem winnable can be over in a matter of seconds simply because you send the wrong troops in to fight a particular enemy, opening yourself up to counter-attack and, in some cases, your ultimate destruction.

It’s these battles that are The Incorruptibles’ signature and, though the structure of the game may feel a touch disjointed, the gameplay itself is addictive as it is on a knife edge, all resulting in a take on mobile strategy that, though imperfect, feels like a genuine attempt to move the genre forward.

Verdict
Not without its faults, and with a slightly hokey take on free-to-play, The Incorruptibles – Knights of the Realms topsy turvy battles will keep you on the edge of your seat from beginning to end, with their short and sharp nature delivering intense bouts of RTS action perfect for a spare five minutes.