An excellent upgrade to the legendary Technics ‘table – but at a steep price.

Technics’ legendary direct-drive turntable was only discontinued in 2010. But then the vinyl revival came and, frankly, killing off the world’s best-known record player suddenly seemed like a silly idea.

It was first resurrected in 2016 in the form of the £2799 SL-1200G and limited-edition 1200GAE, which were heavily modified to please modern-day audiophiles who’d been furiously upgrading any old 1200s they could get their hands on. 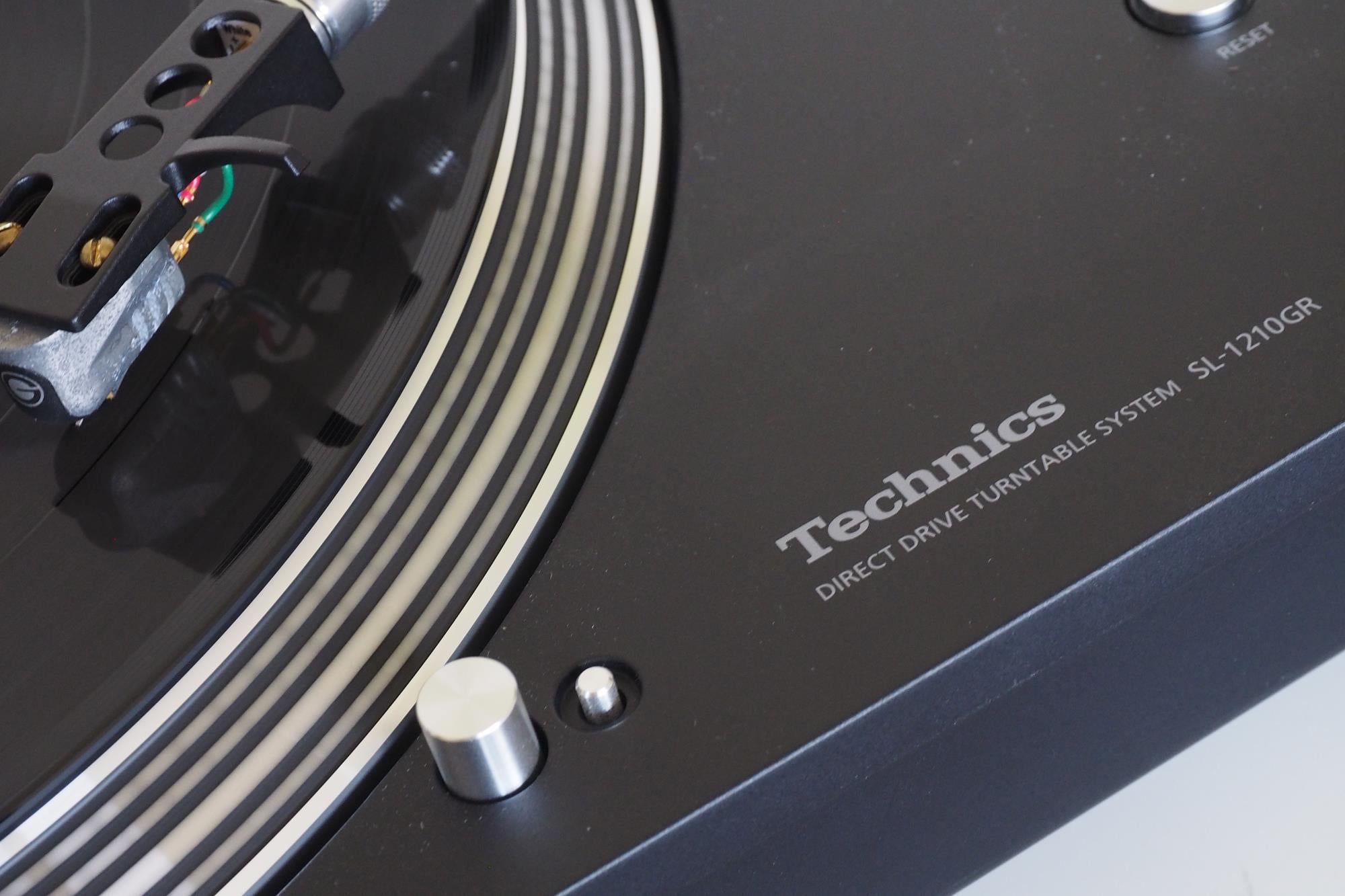 If you don’t know what an SL-1200/1210 looks like, you must have been living off beetles and tree bark in the Australian Outback for about 30 years or so. First introduced in 1972 as a hi-fi turntable, it went on to become the archetypal DJ deck. The direct-drive operation, pitch control and almost bomb-proof build quality made it perfect for mixing, blending and scratching in clubs and bars all over the world.

The Sl-1200GR/Sl-1210GR closely resembles the Mk5 version, with an on/off knob that isn’t so easy to knock accidentally, and a button that locks pitch to 0. The version I looked at was the 1210GR, as you can tell from the black finish. You couldn’t mistake it for anything other than a Technics. 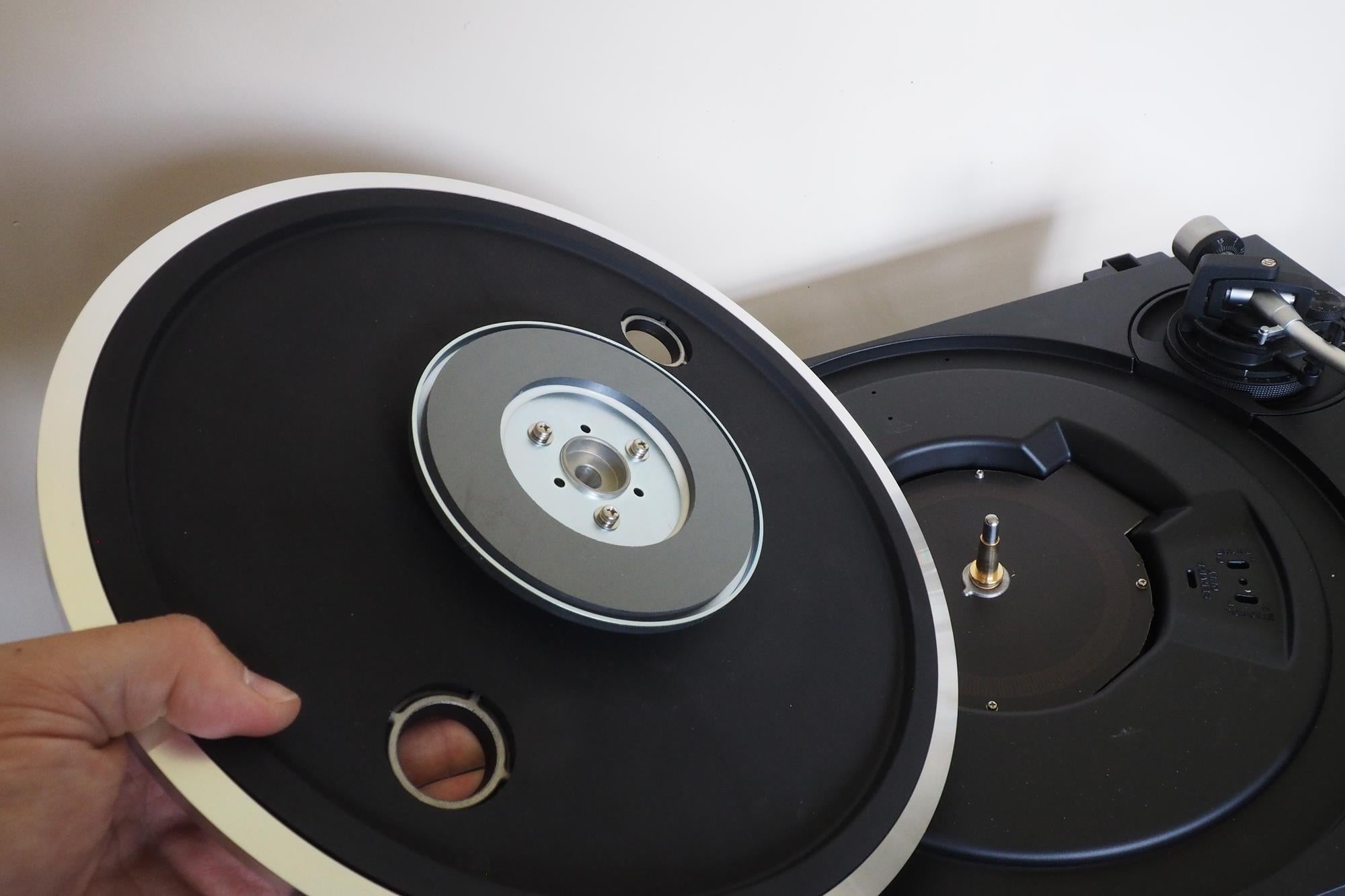 This is no straightforward reissue, though, with plenty of upgrades that address the criticisms audio geeks have aimed at past versions of this turntable. The underside of the aluminium platter has been heavily damped to prevent ringing, the feet now isolate better, there are phono sockets instead of a captive interconnect, and the power supply uses a switch-mode design to reduce cartridge hum.

These are all things that aftermarket mods – notably from companies such as TimeStep – have addressed on the earlier models. Something not so easy to overcome has been the ‘cogging’ effect of the direct-drive motor, which Technics/Panasonic claims to have solved via a motor control that’s now digital rather than analogue.

In most other ways, the 1200GR/1210GR is very similar to the old models – and that’s really where it differs from the more expensive 1200G. While the 1200G has been upgraded with a steel top plate, the GR’s is cast aluminium. The 1200G’s tonearm has a magnesium-alloy tube, but the GR again uses aluminium for that part, as well as for the platter – the G’s platter has a fancy brass-and-aluminium sandwich construction. 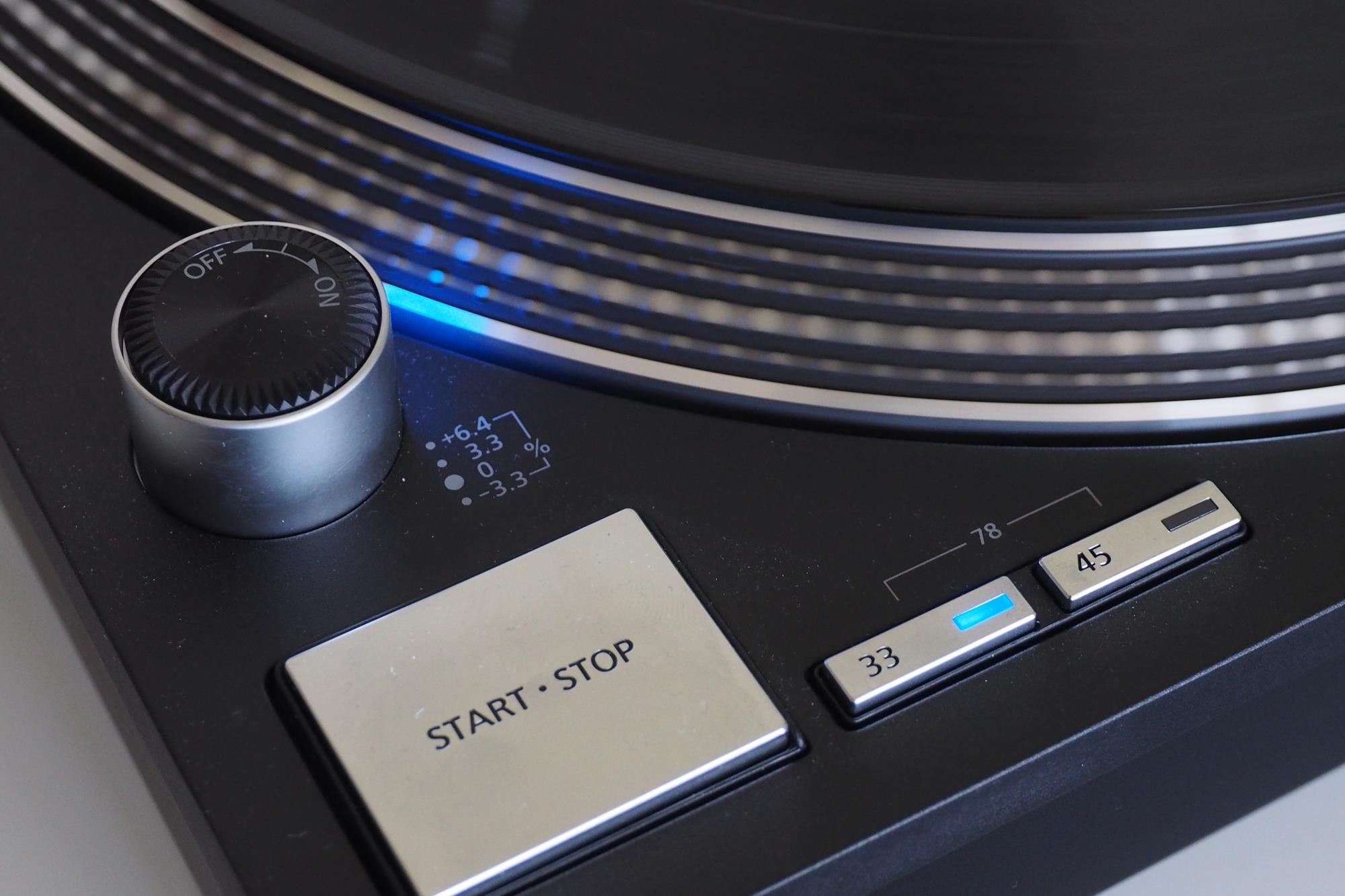 The layout is so familiar and so much copied that it’s totally intuitive to use. Power comes via that rotary knob on the left, next to which are buttons to select between 33 and 45rpm – hold down both for 78rpm – and a large button for start/stop. On the right side is a slider for pitch control and the reset button that locks back to 0% pitch change.

The tonearm has VTA adjustment and anti-skate, while the removable headshell has a standard bayonet attachment. The arm has a proprietary fitting that’s secured within the plinth, so while replacing it with an alternative tonearm is possible via third-party adapter plates, it isn’t easy.

A thick rubber mat is supplied for the platter, and there’s that distinctive removable Technics dust cover with the dome for the tonearm-bearing housing.

The only other extra of note is the traditional aluminium 45rpm adapter, which has its own seat at the back left of the plinth. 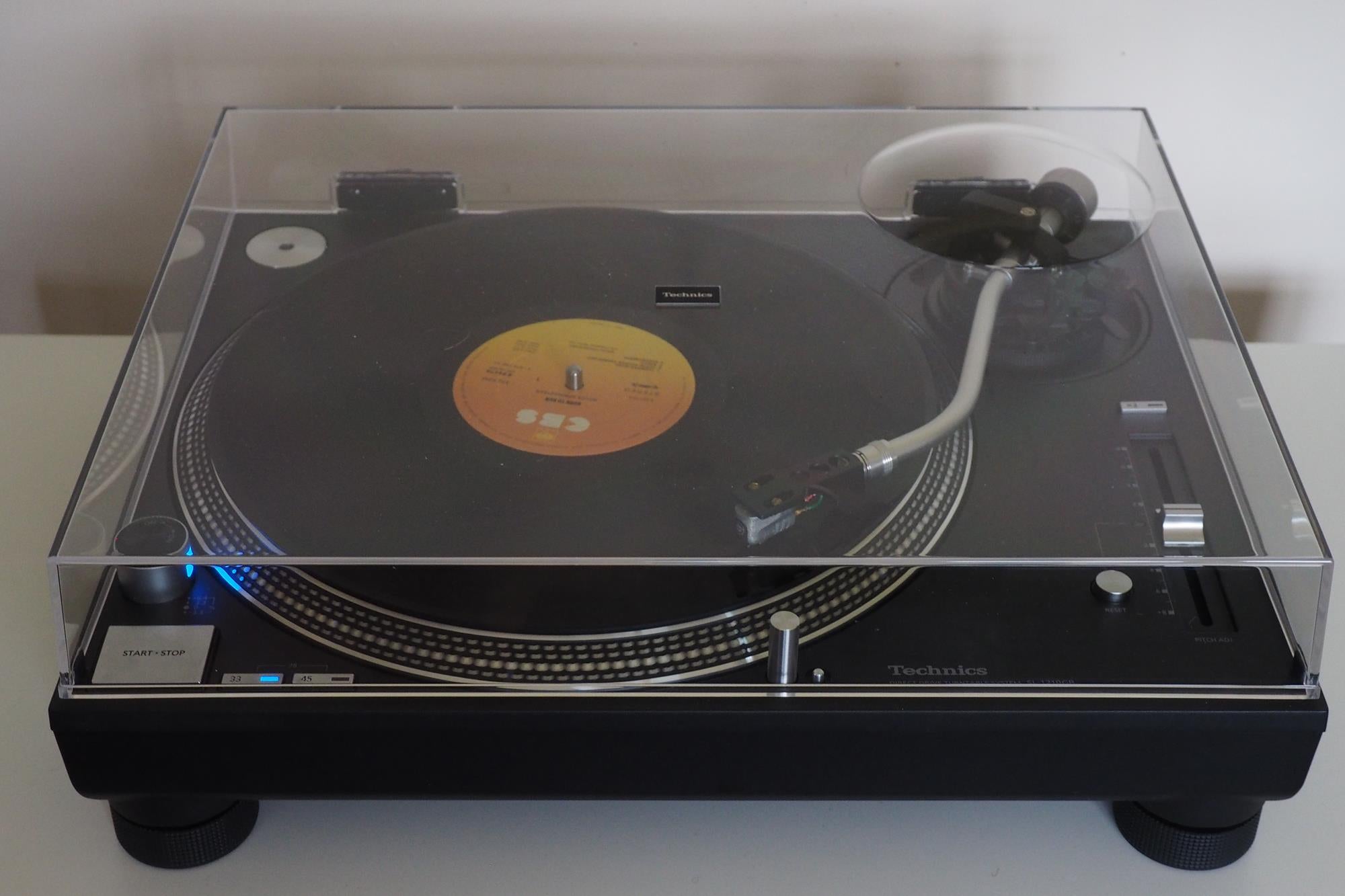 Setting up the Technics is extremely simple by the standards of this price point. As a result of the direct-drive mechanism, you simply need to drop the platter and mat onto the spindle, with no worrying about a belt.

With a cartridge bolted and plugged into the headshell – alignment is made simpler via a supplied tool – just attach the shell to the tonearm via the bayonet fitting. Ideally you’ll have scales for setting the tracking force of the cartridge, but gram markings on the arm’s counterweight mean you can get it roughly correct without scales.

I listened to the Technics SL-1210GR mostly fitted with a Goldring Legacy moving-coil cartridge, plugged into a Leema Acoustics Elements Ultra phono stage. 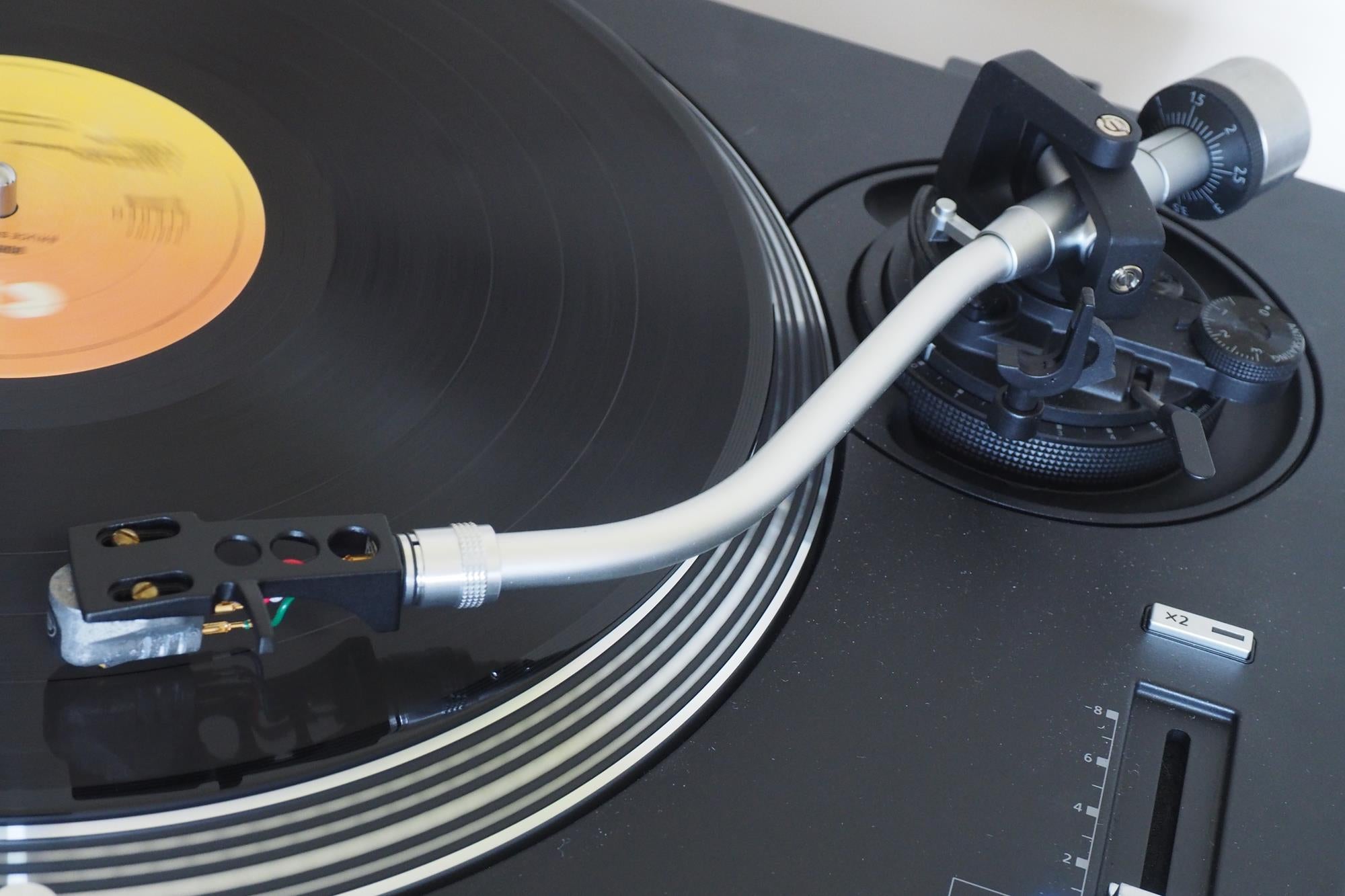 If you haven’t used a decent direct-drive turntable before, the first thing that will strike you is the unshakeable grip, regardless of what you’re listening to. The Technics just won’t be dragged down, with speed stability and timing that’s second to none. Springsteen’s ‘Thunder Road’, which can easily sound slow and lifeless through a poor belt-drive deck, is agile and emotional through the 1210GR. You’ll want to punch the air as The Boss sings “I’m pulling out of here to win!”

Bass depth is also phenomenal, with every ounce of low-end dug out from a record’s grooves.

Having previously owned a heavily modified 1210 Mk2, none of this came as a surprise to me. In fact, it made me want to dig my one remaining 1210 out of the loft and go through the whole upgrade process again.

Where the GR feels like it’s maybe missing something is with outright resolution – detail retrieval isn’t quite what it should be. From past experience I’d put this down to the tonearm, which can be improved a little with a better headshell – I’ve had some success with the Audio-Technica AT-LH series. But something far better from SME or the top of the Rega range would take it to another level. 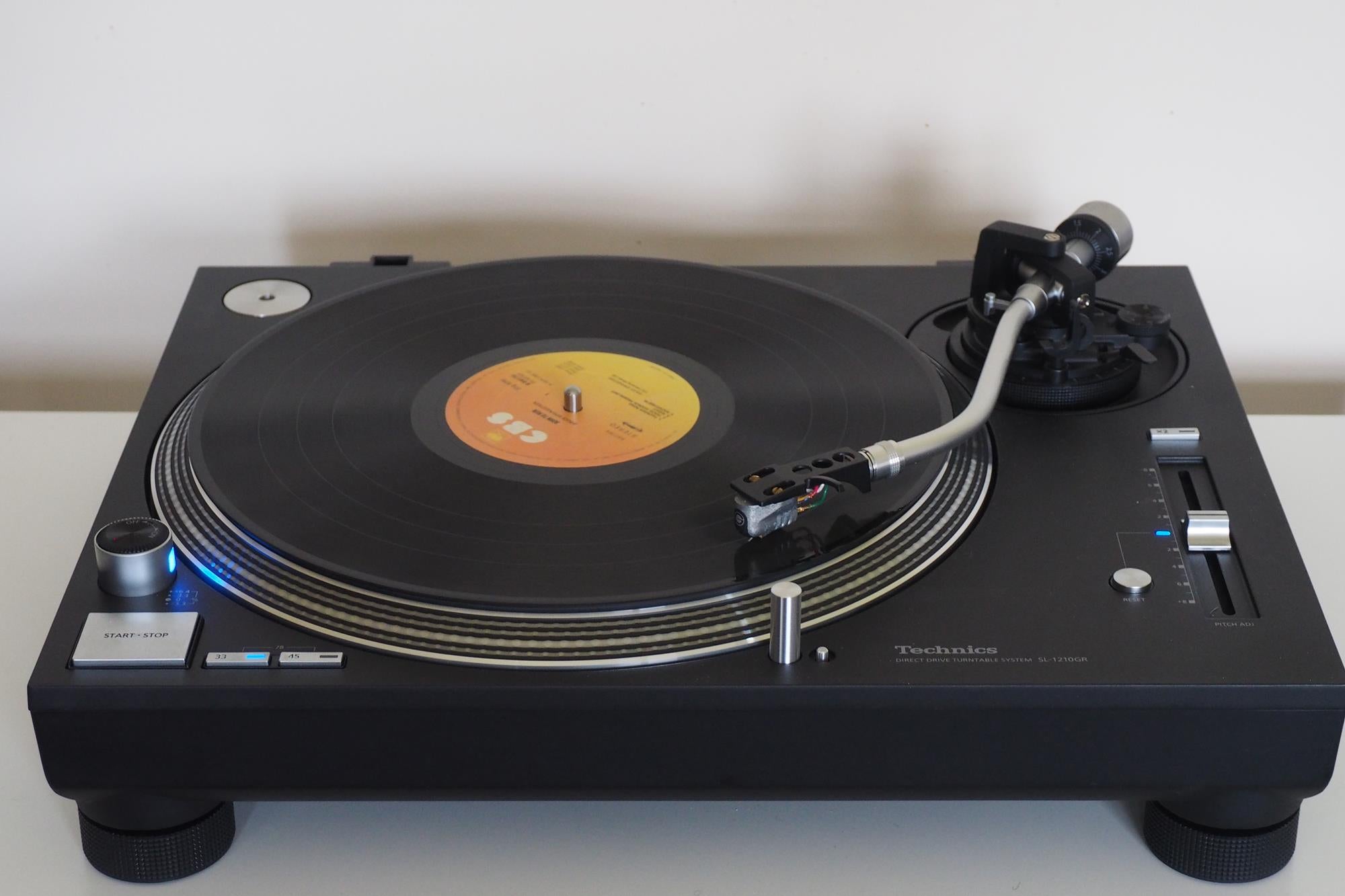 Should I buy either of them?

The SL-1200GR/SL-1210GR is a fantastic hi-fi turntable, with sonic grip and timing that you’ll struggle to find from players costing over twice as much. However, for the DJ crowd the cost of a pair will be way too high to justify.

Also worth considering is that, despite the GR’s value for money, it’s possible to get a secondhand Technics model and upgrade it with an external PSU, improved tonearm and various other mods to get it to a standard that’s in some ways even better – and for less money. Sure, that’s all more hassle, but swapping the tonearm does mean you can choose one that might synergise better with your chosen cartridge.

Sonically, however, you won’t go far wrong with the SL-1200GR/SL-1210GR, and the improved motor makes it fundamentally better than the old models. Hi-fi fans who’ve never experienced an upgraded Technics will find it revelatory. If you have a chance to audition them, I’d try the Pro-Ject 6 Perspex SB and Rega RP8 alongside to see whether their extra refinement appeals to you.

An excellent upgrade to the legendary Technics ‘table – but at a steep price.