The TCL 55DP648 is the first UK TV we’ve tested from Chinese brand TCL – which is pretty exciting news given the amount of critical acclaim TCL’s US TVs attract.

However, it quickly becomes clear that this 55-inch model can’t be compared with TCL’s US 6 series models. In particular, it uses edge lighting rather than direct lighting; it doesn’t support Dolby Vision HDR; and it doesn’t have a built-in Roku smart system.

All of which is pretty disappointing – even for a TV that does offer a 4K resolution, HDR and a wide colour gamut panel for less than £479. 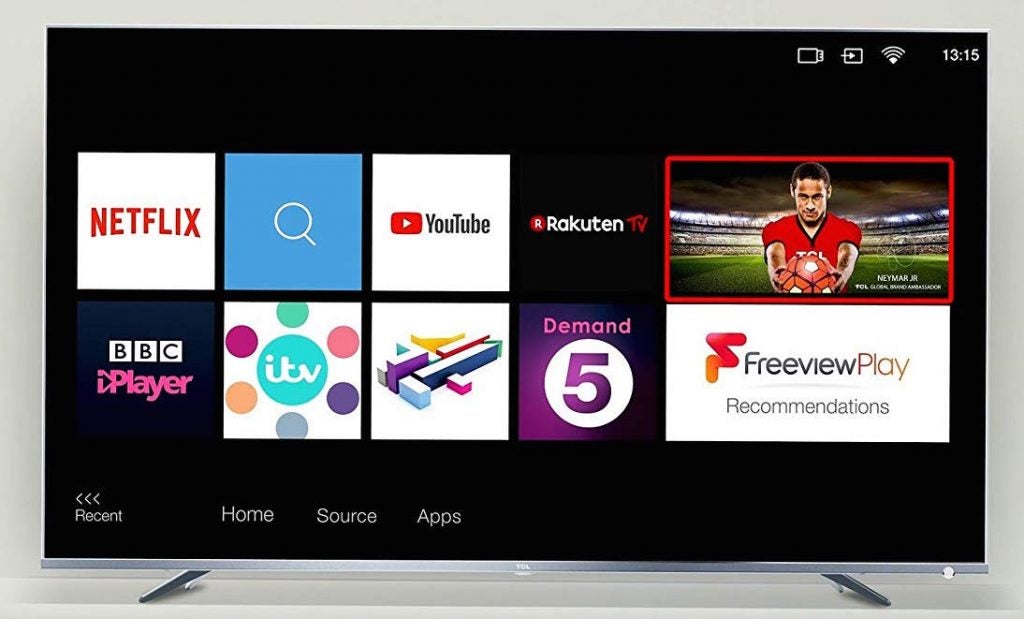 The design is the best thing about the TCL 55DP648. The unit is so trim across most of its rear that you’d be forgiven for thinking it was an OLED screen. The frame around the screen is extremely narrow, too, and benefits from an attractive silvery metallic finish.

Its support feet are a little lightweight and clumsy looking, but the set doesn’t feel unsteady on them. In fact, the main screen’s build quality is surprisingly robust for its money. The only design issue is that the support feet sit towards the screen’s outer edges, which means you’ll need to find a pretty wide bit of furniture to place it on.

The 55DP648’s remote control is more attractive than most, too. It’s long, slim and gently arced on its upper edge, making it unusually comfortable to hold. Its buttons are a little crowded, but at least the key ones are colour-coded. Plus there are bright, dedicated buttons for direct access to the TV’s Freeview Play and Netflix apps.

Given that TCL’s success in the US is predominantly down to the use of direct lighting systems with local dimming, it’s a shame to find the 55DP648 features only edge LED lighting with whole frame dimming.

It’s a shame, too, to find the comprehensive Roku smart engine deployed by TCL’s US sets replaced in the UK by a much more basic smart system. You do at least get Freeview Play, with all the key UK catch-up platforms, plus BBC News, BBC Sport, Viewster, Euronews and Netflix.

The Netflix app supports 4K HDR. There’s no Amazon Video, Rakuten, or Now TV, however. And while there are around 100 apps available in the store, precious few will be of any interest to UK viewers. 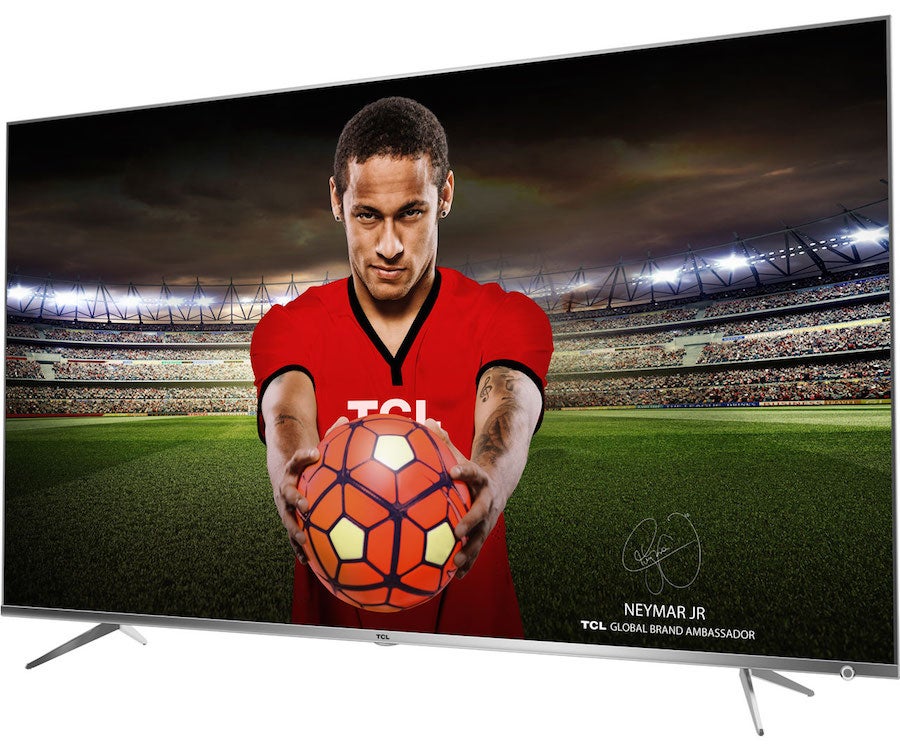 The TCL 55DP648 also comes up short next to its US counterpart when it comes to HDR support. You only get HDR10 and the broadcast-friendly Hybrid Log-Gamma system. There’s no Dolby Vision. This is a real shame.

However, one bit of good news is that the panel appears to be a VA type (similar to TCL’s US 6 series) rather than a low-contrast IPS type.

The picture and sound setup options feature some promising options, too. When you’re watching standard dynamic range there’s a Dynamic Contrast system, a Dynamic Backlight adjustment that lets you choose between energy-saving and brightness-boosting options, and a Micro Dimming system that breaks the image down into small elements for more accurate analysis.

There’s also a mysterious Mix Dimming system for SDR and HDR playback – but, at the time of writing, I’ve yet to get to the bottom of what this does. In any case, it doesn’t actually seem to have much impact on the picture.

This all suggests that TCL still cares about contrast, despite the 55DP648 failing to deliver a direct lighting engine.

The audio menus include an unusually wide-ranging audio delay adjustment. However, serious tweakers should note that there’s no white balance fine-tuning or in-depth colour management. There’s also no motion processing – although you do get both MPEG and standard noise reduction options. 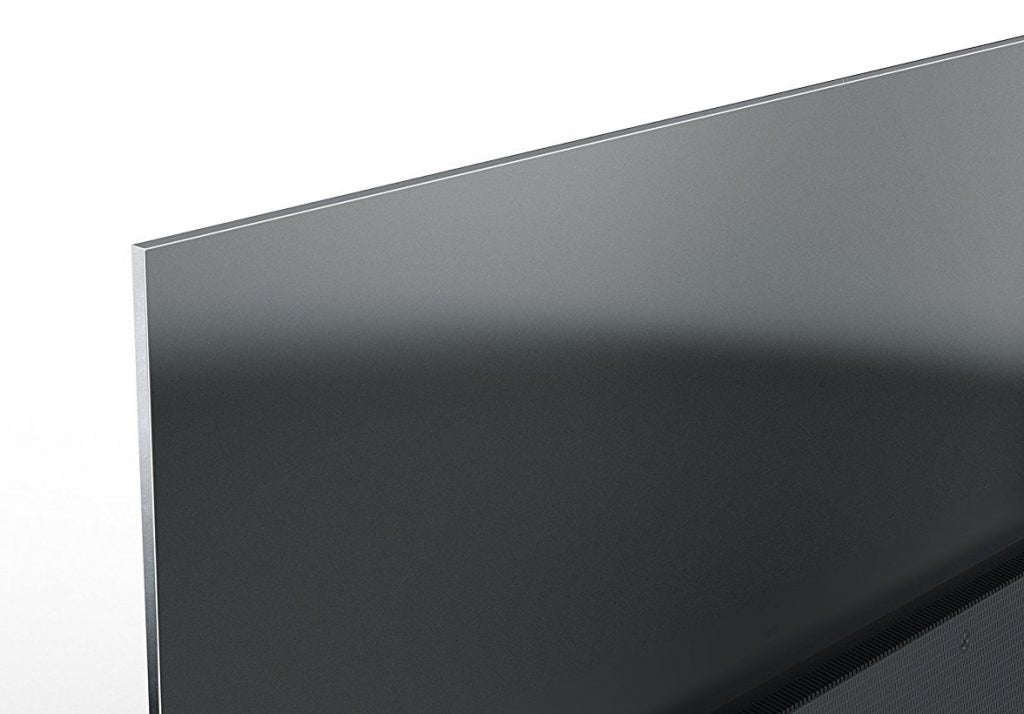 The first thing you need to do with the TCL 55DP648 is turn on the HDMI 2.0 feature hidden away in the Advanced Settings sub-menu of the Systems menu. Quite why this isn’t on by default is a mystery. At the very least it should turn on automatically when 4K HDR content is detected. If you don’t turn on the feature, colours from external HDR sources look horrible.

In terms of presets, I’d suggest the Movie mode for HDR, if you want the highest brightness; or Natural, if you prefer a slightly cooler colour tone. Avoid the Dynamic setting, since its baseline brightness is too dark.

Personally, I’d suggest leaving the noise reduction systems off for any 4K and good-quality HD sources. Although, the MPEG one can be helpful on Low with relatively low-quality digital broadcasts.

Ensure the Overscan feature is turned off, at least with native 4K content. And if you’re gaming, set the Content Type to Game. 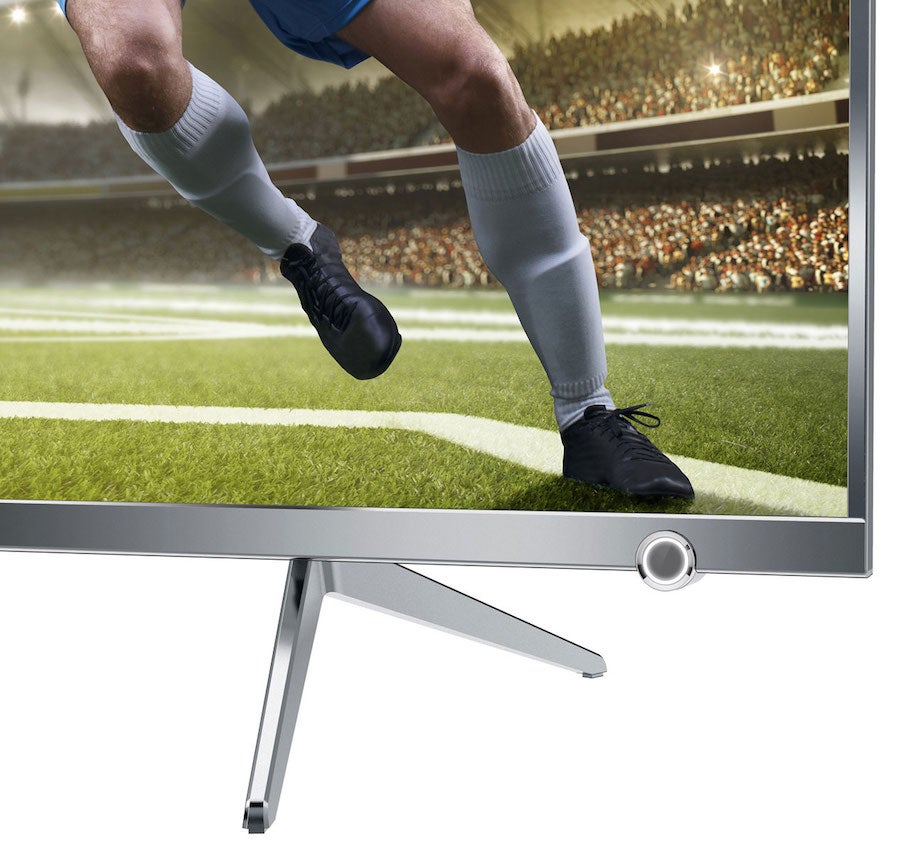 Although not wholly without merit, the 55DP648 isn’t the budget hero that TCL’s US models had me hoping for.

The problems start with its operating system, which is frustratingly sluggish. This is despite the set’s smart interface being far from the most sophisticated in the TV world.

Various shortcomings of the edge-based LCD lighting system also quickly become apparent. Particularly noticeable is the picture’s extreme lack of brightness. This is especially striking when watching HDR sources; but even SDR pictures look rather dull by today’s TV standards.

The highest brightness output I could measure from a 10% white HDR window was just 297 nits in Movie mode. This drops to 272 nits in Natural mode, and just 247 nits in Dynamic mode. By comparison, the best OLED TVs hit north of 800 nits, while some high-end LCD TVs get past 2000 nits.

The lack of brightness really denies HDR pictures the sort of punch and life-like brightness they’re designed to deliver. Also, since the screen tries to deliver at least a sense of an expanded light range within these limitations, average brightness levels can sometimes actually look darker with HDR sources than with SDR. 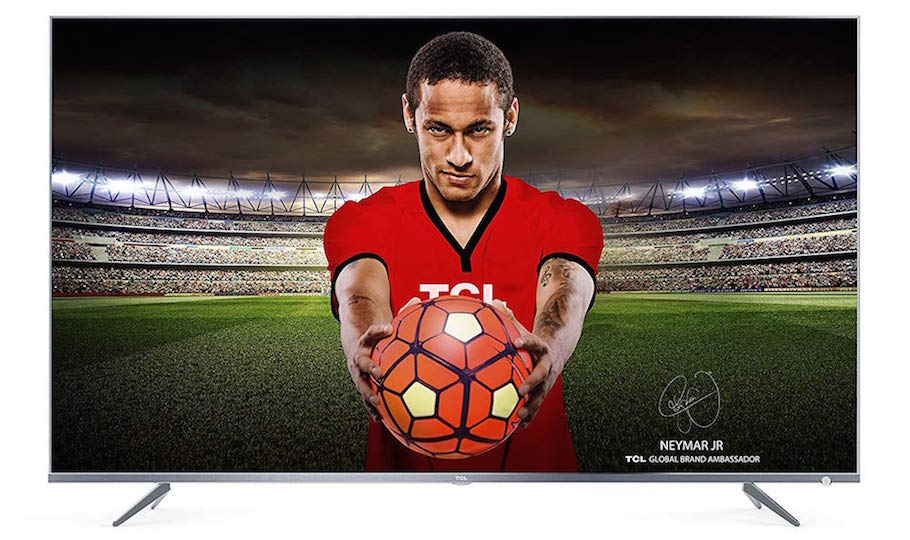 Not that these lightest points ever really have much punch. There’s only a hint of extra intensity in HDR specialities such as sunlight gleaming off metal or skin, or direct shots of the sun.

Dark areas of HDR pictures, meanwhile, tend to be infused with noticeable greyness. This isn’t something that you can tweak out with HDR, either. You can tame the greyness to some extent with a few of the extra contrast options available with SDR content. But, alas, only at the expense of some pretty slow, aggressive and therefore distracting manipulation of the picture’s overall brightness level.

Nor is the level of greyness in HDR pictures in particular consistent across the screen. There’s some noticeable extra brightness in the picture’s corners and along its extreme edges – especially if you’re watching a wide aspect ratio film with black borders above and below the image.

The lack of brightness and deep black levels also has an impact on the 55DP648’s colours. They tend to look rather dark with HDR content, with skin tones displaying too much orange or yellow tint. These limitations mean the TV only provides a fraction of the colour volume (the application of brightness to colour) of which HDR is capable.

The relatively limited scope of the 55DP648’s brightness limits the sense of fine texturing and detail that its 4K pictures can deliver. As does a tendency to suffer with a degree of blur and judder when having to handle motion and camera pans. 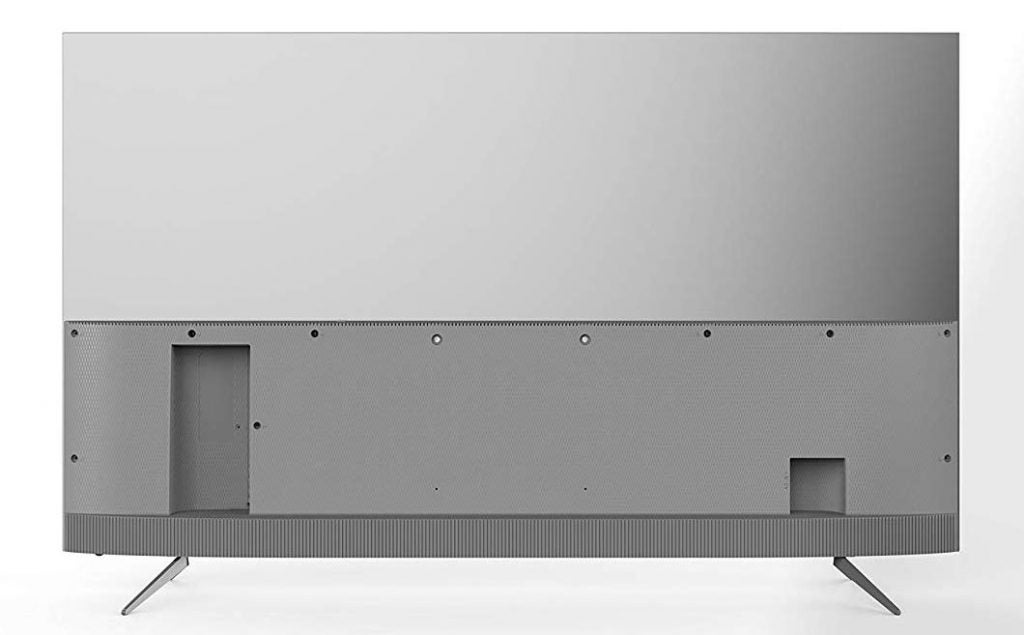 Finally, the picture’s colour and contrast take a hammering if you have to watch the screen from much of an angle – even as little as 25 degrees off-axis.

So what’s the good news about the 55DP648’s pictures? Well, while black levels aren’t amazing for the TV world at large, they’re not bad for such a cheap HDR 4K TV.

Colours can achieve fairly vivid saturations for a budget TV, too, thanks to the wide colour gamut panel. These rich colours might lack a little finesse and a lot of volume, but at least they don’t look bleached and thin like they so easily can on budget HDR TVs.

The set also upscales HD content to 4K better than many budget sets, and while I personally wouldn’t recommend using a TV’s noise reduction systems unless you really feel you have to, the 55DP648’s NR processing is more effective than most budget TV efforts.

Finally, gamers will be interested to hear that in its Game mode the 55DP648 measured less than 10ms of input lag (the time it takes to render image data). That’s an outstanding result. In fact, the set only measures 37ms of lag even if you stick with its Video mode.

Unfortunately, the 55DP648’s audio performance gets us thinking negatively again. For starters, the speakers fail to deliver any bass worthy of the name. They also can’t go very loud, sounding thin and wispy when put under any sort of pressure by a movie soundtrack. 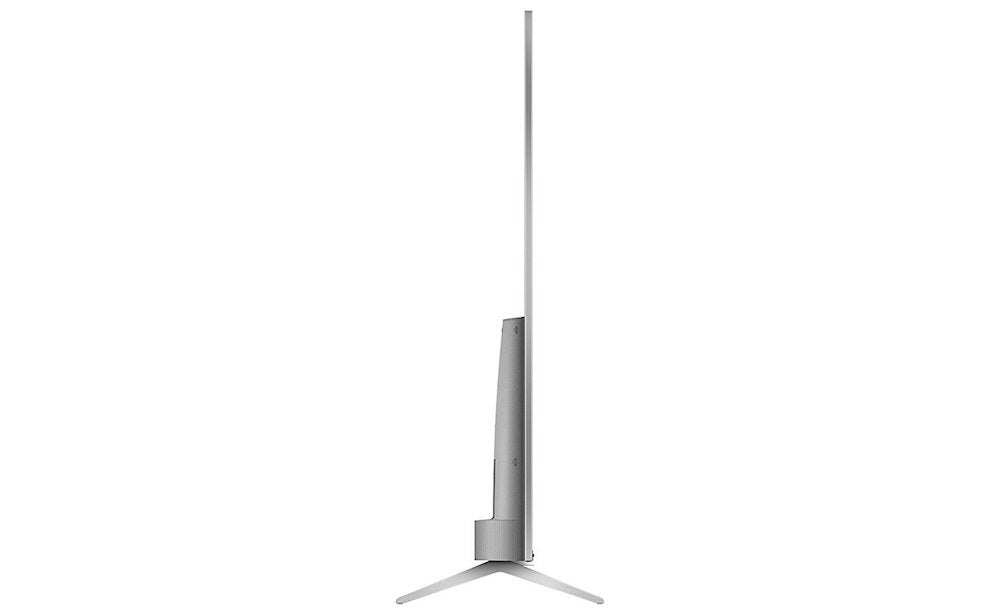 There’s precious little impact during explosions, gunfire, punches and the sort, either. While dialogue at least is generally clear and credible, it’s spoilt when watching streamed content by a clear lack of synchronisation with lip movements. And, ironically, since the audio seems to be running behind the picture rather than ahead of it, even the 55DP648’s extensive audio delay adjustments can’t fix this problem.

There occasionally seems to be minor audio delay with other sources, too. But generally this is minor enough not to become distracting. 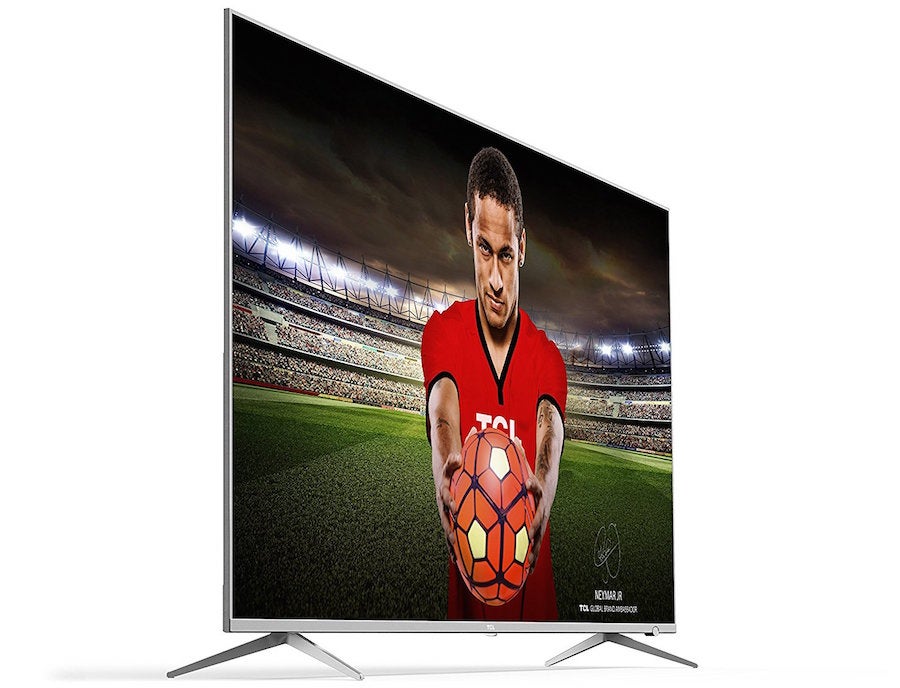 The TCL 55DP648 does some things better than rival budget sets. Its colours are unusually rich, despite not having much brightness to drive them. Its response time for gamers is outstanding, too. And while black levels are far from amazing, they’re better than those of many similarly priced LCD TVs. For the money, you might be pleasantly surprised, especially if you get this TV on sale – Amazon Black Friday, perhaps.

As with many budget TVs, though, the 55DP648 just doesn’t offer enough brightness to handle HDR effectively. If HDR matters to you, you should look elsewhere. This applies to both gaming and video scenarios. Its sound is pretty feeble, too.  Meanwhile, the Philips 55PUS6753 – like the 55DP648 – struggles with brightness but provides much sharper 4K pictures, better black levels, and Ambilight technology for £599.

One thing that seriously helps out the 55DP648, though, is its use of a VA panel. The vast majority of similarly priced (non-Samsung) rivals use IPS panels – which, while giving you a wider effective viewing angle, struggle with contrast.

Verdict
The 55DP648 falls short of the brand’s US models in a number of ways – leaving it looking like the budget TV it is rather than the irresistible bargain we’d hoped for.