Available in eight colours, the stylish Swan Retro Oil Filled Radiator certainly draws the eye. The controls are basic and the heat output isn't especially high, but it's a silent and effective way to create and maintain an even temperature in a small room.

What is the Swan Retro Oil Filled Radiator?

Swan’s Retro range comprises a group of modern devices designed to look and feel like products of the past. The Swan Retro Oil Filled Radiator is a case in point: it looks like something on which you might have dried some wet socks after a rainy dash from the tube in a Graham Greene novel. Its attractive nine-fin design offers thermostatic control, but is missing modern features such as a timer. More importantly, it isn’t the best at warming up a room.

Swan Retro Oil Filled Radiator – What you need to know

This is far from the only oil-filled radiator you can buy, but it’s certainly one of the most stylish. Rather than a single flat slab, it comprises nine fins, linked top and bottom by pipework, and capped at one end by the heater and its controls. It’s appealing from the side or end on, and since it’s available in eight colours, it should fit well in almost any home. 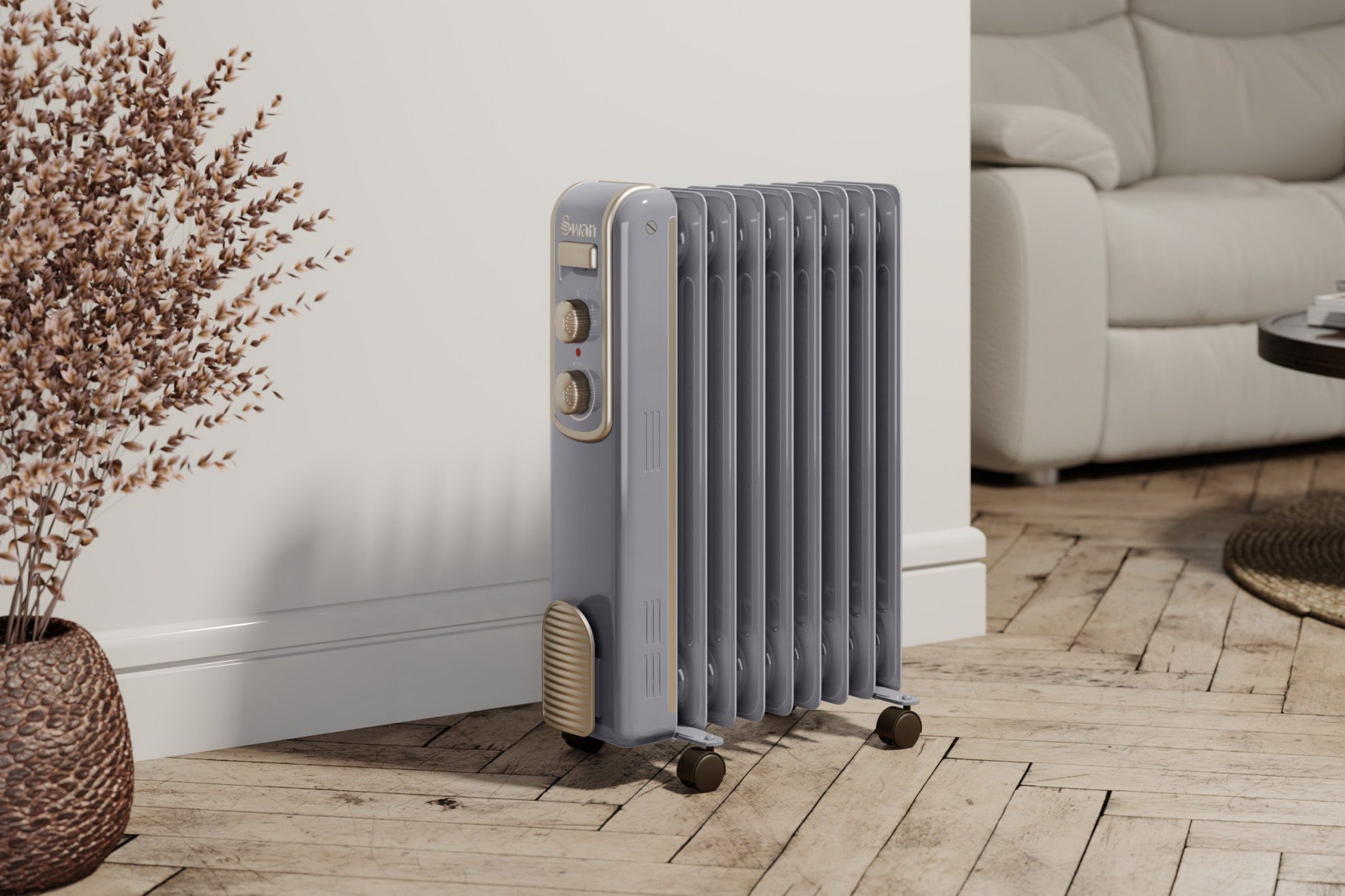 However, it won’t be suitable for all. It may not be unusually large, but it is very heavy, making it challenge to move around for people with reduced strength or mobility. It becomes super-hot, too, making it a poor choice around very young children who might be tempted to touch it.

Swan might need to rethink its packaging for this heater; there isn’t much of it. As such, my sample arrived with a small dent in the control panel and a subtle slant to the fins, suggesting it had received a big knock. The tape protecting the chrome handle disintegrated as I removed it, leaving behind a sticky blue legacy. The packaging could do with being a little tougher

Once you’ve unpacked the heater, there are two sets of castor wheels to fit. They’re secured by hand-tightened wing nuts, so it’s the work of just a minute or two, but their black plastic lets down the retro look. Combined with the heater’s weight, their narrow section quickly leaves indentations in a carpet. 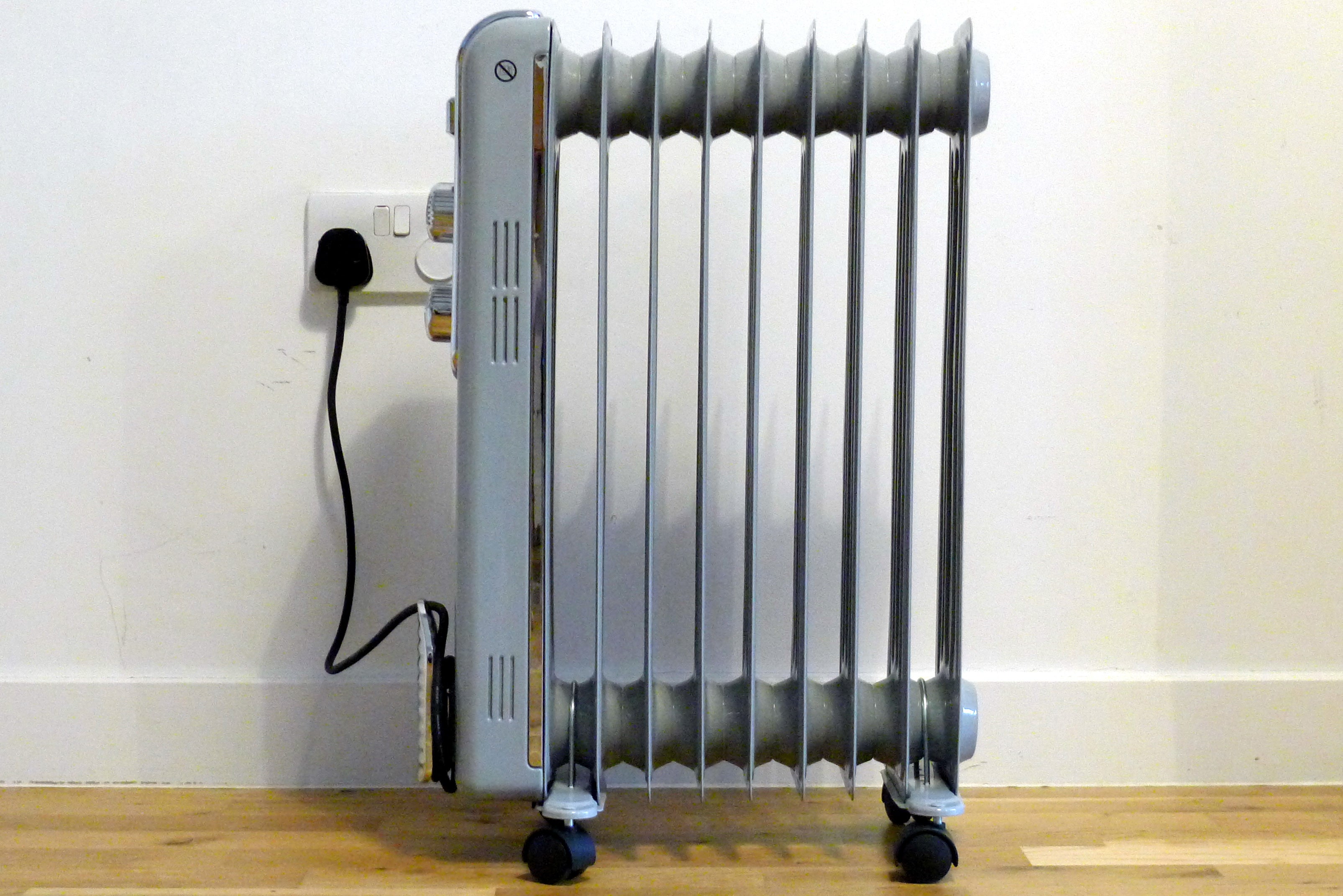 Wheels help make it easier to move this radiator around

This isn’t a cheap heater, but it comes with a decidedly basic control panel comprising just a three-level power knob, an uncalibrated temperature dial and a power light. While the chrome knobs look good from a distance, they’re made from thin plastic, again letting down the retro looks.

At the same time, Swan hasn’t managed to sneak in any modern features such as a timer. There’s a tilt switch for tip-over protection, but the radiator retains its heat for many minutes after use, so an overturned one may still do some damage. 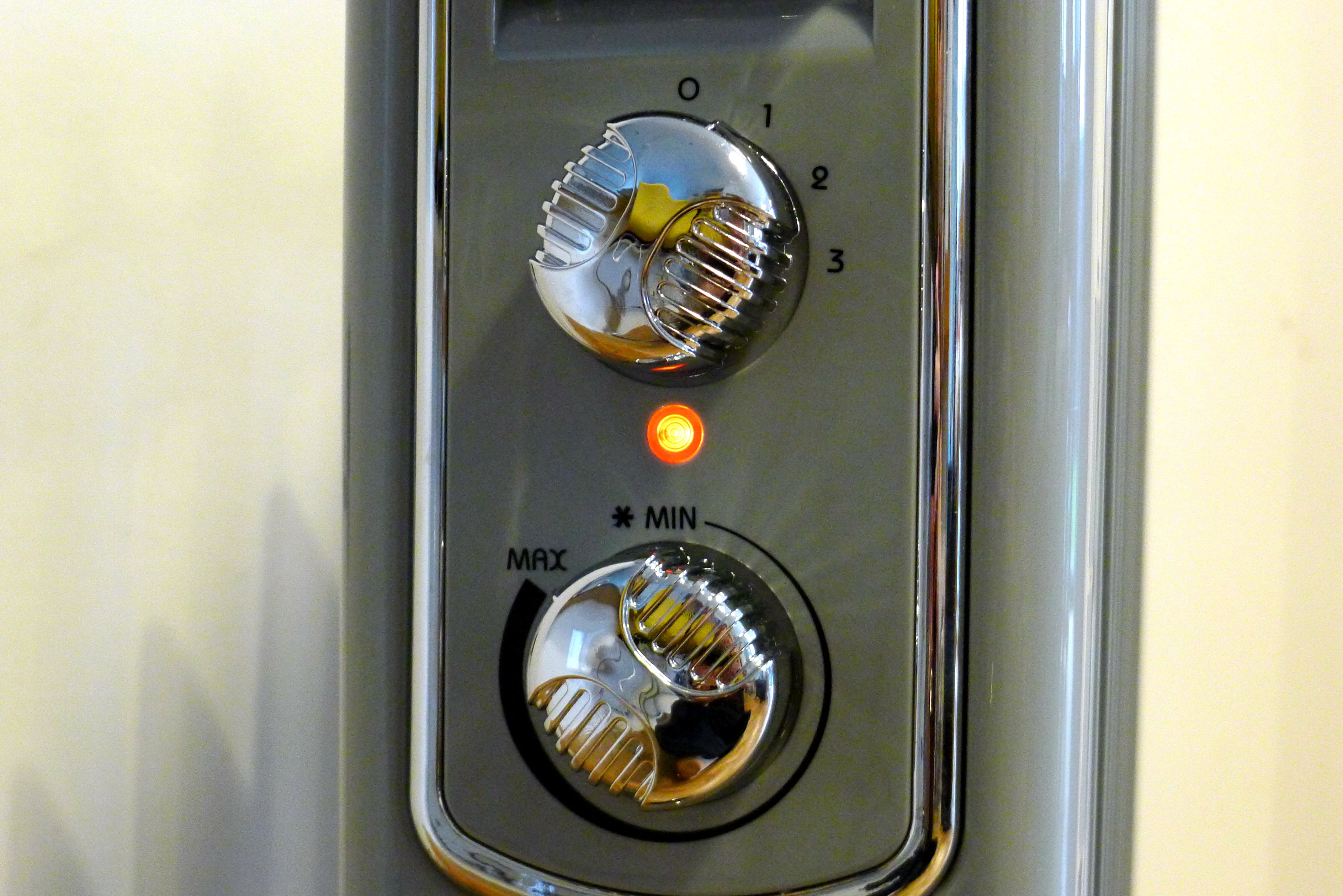 The controls look neat from a distance, but they’re quite plasticky up close

This radiator’s manual controls do mean that you could use it with a smart switch or socket timer. With both overheat and tip-over protection and no exposed parts hot enough to easily start a fire, it may prove safer to leave unattended than some other heaters – but you should only do so with caution.

Turn on the Retro Oil Filled Radiator and there’s some quiet ticking as heat begins to make various components expand and move about. This stops after a minute or two, leaving complete silence. The only other sound you’ll hear is a click as the thermostat manages the oil temperature to keep things safe.

By their nature, oil-filled radiators aren’t as quick to respond as other electric convector heaters. It takes this one more than five minutes to fully heat up, although you’ll notice it getting warm within just a couple of minutes.

Connecting it to my socket power meter showed that the power level you select mostly applies during the warm-up phase. At full power, it consumed 2kW, and at the middle setting about 1.33kW. When fully warm the heater was throttled back to its lowest power setting, which consumed about 880W.

Operating in this way means that this radiator uses less power than you’d expect from an electric heater. Starting from cold with maximum power and temperature selected, I measured 0.6kWh over 30 minutes. This is less than two-thirds of the consumption of a 2kW heater working flat out. The flip side of this is that less heat is created.

Over the same time period, measured by two thermometers, this radiator could only increase the temperature of my 48 cubic-metre bedroom from 19.9℃ to 20.5℃ – the lowest increase I’ve measured. 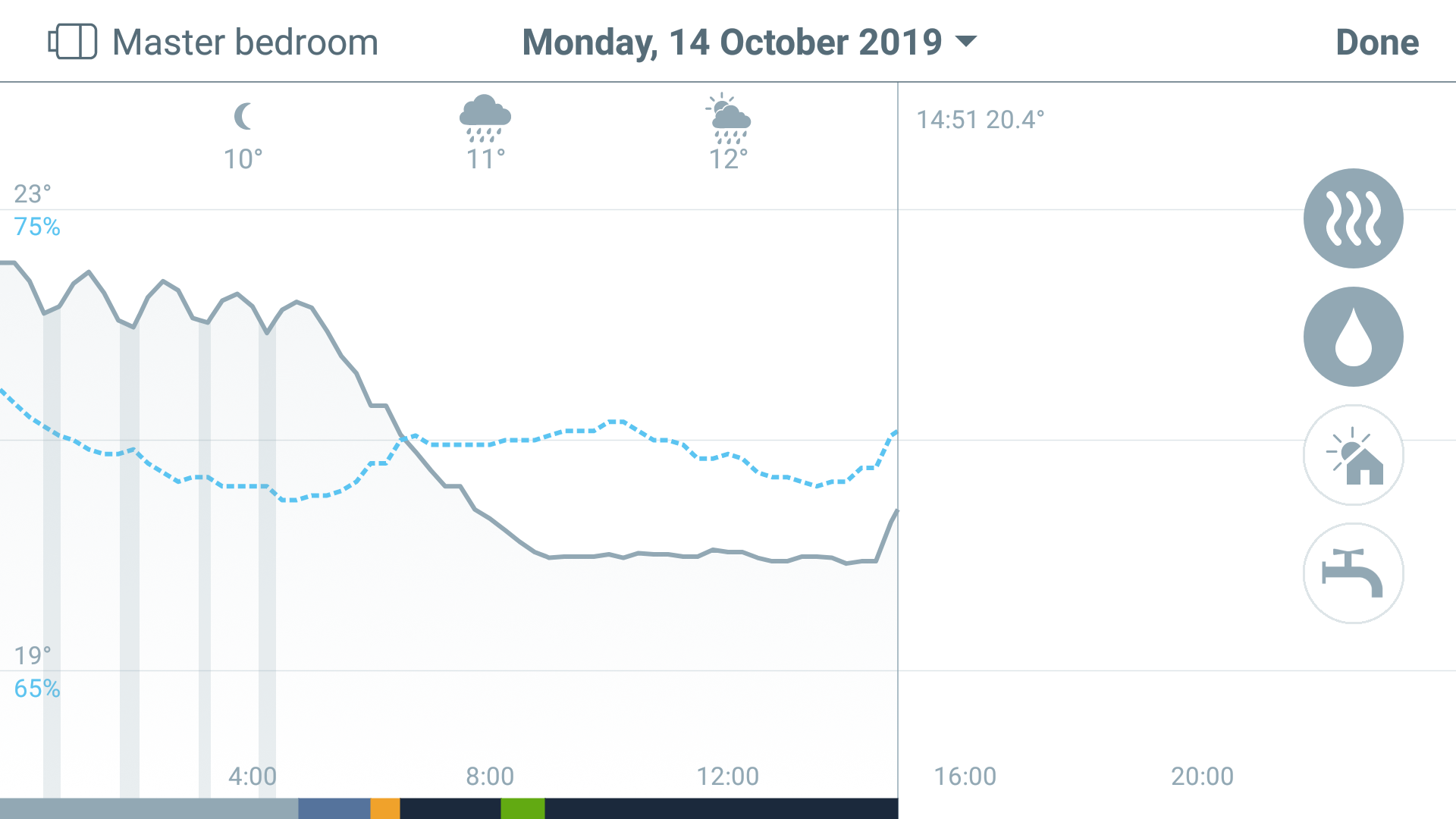 To be fair, whereas other electric heaters cool down quickly, this one continues to release heat for half an hour or so after being switched off. Fifteen minutes after my 30-minute test, the room temperature had continued rising to 20.7℃. It’s also worth pointing out that this comparatively slow on/off behaviour combined with gentle heating means there isn’t the blast/freeze experience you get as other electric heaters cycle on and off.

Should you buy the Swan Retro Oil Filled Radiator

Pick the right colour and the Swan Retro Oil Filled Radiator could be a stylish addition to your home, rather than a drab box you wheel out in cold weather. While it’s basic, it is protected against overheating and tipping over, and comes with a two-year warranty.

With a comparatively low heat output, I wouldn’t recommend it for larger rooms or draughty, poorly insulated spaces. However, its quiet operation and gentle on/off behaviour make it a good way to create and maintain an even temperature in a bedroom or smaller lounge.