You can play using any one approach or any combination of all three, and the game rewards you at the end of each mission with budget-boosting credits for each. In our experience, though, playing as a Ghost requires a lot of discipline, while the odds seem stacked against a full-on Assault approach. This left us favouring the Panther route, which incidentally gives the game a great Chaos Theory feel.

All three approaches are well-supported. There are new cover-hugging and cover-switching mechanics that work pretty well for Ghosts and Panthers, while faster targeting and aiming systems help Assault players on their way. Blacklist also retains Conviction’s execution mechanic, where you earn execution points for stealthy takedowns, and then use these to tag enemies for slowmo, automatic kills. What’s more, the range of customisable loadouts helps you build a Fisher to suit your style of play, emphasising armour and ammo-carrying over stealth, and choosing grenades that will support more tactical or destructive strategies. 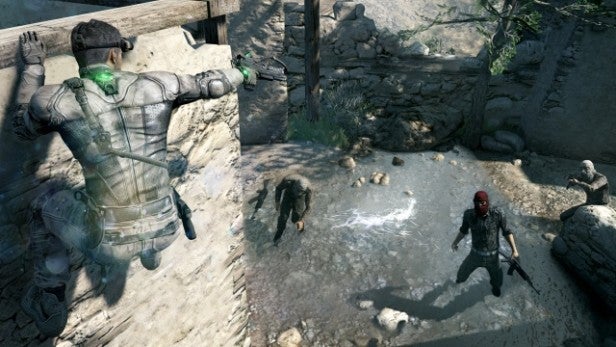 When everything comes together, you remember just what makes Splinter Cell so good. Sneaking up behind guards and taking them down (pretend they deserve it) is a thrill, and the AI is smart enough on medium and higher difficulty levels to pose a challenge.

The different levels are full of places to hide, vents to sneak through and nice dark corners, and Fisher remains an athletic and resourceful protagonist, as dependent on his agility as on his high-tech toys. When the game throws you into tricky situations or a plan goes wrong, there’s also a real sense of excitement in working out how to extricate yourself. You try different options, scope out the environment and – eventually – something clicks.

It’s not all good news, though. At times Splinter Cell: Blacklist forces you to adopt a specific style, throwing in temporary conditions that prevent you killing enemies or where you fail the mission instantly on detection.

Sometimes it puts you up against so many enemies that there’s no solution but to kill them all or make a desperate run for it. Turret sequences and FPS sequences don’t help either, feeling like sops to the Call of Duty crowd. Splinter Cell: Blacklist isn’t perfect, but it’s good enough not to need this kind of stuff. 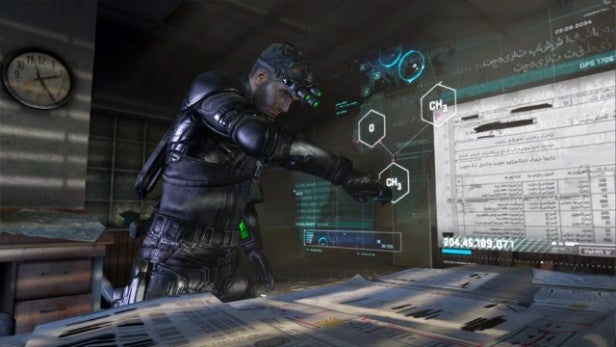 The worst thing you can say about Blacklist is that, aesthetically, it plays things rather safe. Its best touches, like the text superimposed on the scenery, are borrowed from Conviction, and it doesn’t continue that game’s interesting use of black-and-white as both stylistic device and gameplay cue.

The facial animation now looks slightly dated, even with motion-capture behind the scenes, and the visuals on the Xbox 360 version are a bit disappointing after The Last of Us, Crysis 3 and Halo 4. There’s an impressive amount of detail in the scenery and some very strong lighting, which helps the game’s atmosphere, but Blacklist is a solid-looking game rather than a great-looking one.

It also takes a while to get used to the new Sam Fisher. The model is a development of the bearded Fisher from Conviction, but with Eric Johnson rather than Michael Ironside providing the vocals the character has lost some of his grit and attitude. 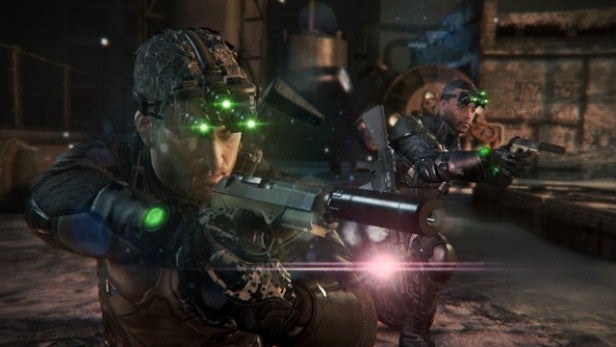 While Blacklist integrates co-op through its bonus missions, it also sees the return of the classic Spies vs Mercs competitive team mode, in both two-on-two and four-on-four variants. It’s a refined version of the old objective-based, hide-and-seek option, which should again go down well with Splinter Cell aficionados. With the game unreleased we’ve yet to play this in any depth, but we’ll return with an update once we have.

Verdict
Blacklist is far from the disaster many feared. While you can play it as an all-out action game, you’ll find the going tough, and it’s still best played with a more stealthy approach. Do so, and you’ll discover a Splinter Cell that harks back to the series’ highpoint, Chaos Theory. Sure, the plot isn’t as interesting as that of Double Agent or Conviction, while some of the action sequences are annoying, but the actual minute-to-minute play is enthralling, marking a fan-pleasing return for the rubber-suited spy.