While they're somewhat spartan aesthetically speaking aesthetics and lack wireless and noise-cancelling capabilities of the similar priced Mixcder's E9, a robust build, decent comfort levels and a sound that leans towards neutral for less than £100 make the Vento P55 v3 an improvement on the previous generation

If you want a headphone to play your music and podcasts for an affordable price, you may be well-served by SoundMAGIC’S Vento P55 v3 on-ears. Their solid build quality and balanced, neutral sounding performance offers good value under £100.

Chinese brand SoundMAGIC has made a name for itself over the years with its budget headphones. We had nothing but good things to say about the E11BT when they were reviewed earlier in 2019.

That said, their over-ears haven’t fared as well. The previous incarnation of the Vento were met with middling notices a few years back, its harsh mid-range and tiring sound meant they weren’t quite the sum of their parts.

SoundMAGIC went back to drawing board and came back with the Vento P55 v3, an attempt to rectify the issues of the v2 by updating the drivers to bring out more detail and a greater sense of space.

Is this a case of significant improvements, or do the v3s offer modest gains?

The SoundMAGIC Vento P55 v3 went on sale in 2019 for the price of £129/$129. They appear to be out of stock on SoundMAGIC’s website, but are available from Amazon UK and Hifi Headphones for less than £100 (in some cases as refurbished pairs).

SoundMAGIC Vento P55 v3 design – a sleek looking pair, but on the low-key side

Play a game of spot the difference and you’d be hard-pressed to find any changes between these and the older versions. They are nigh-on identical suggesting that, in terms of the design at least, SoundMAGIC has followed the “if it ain’t broke, don’t fix it” philosophy. 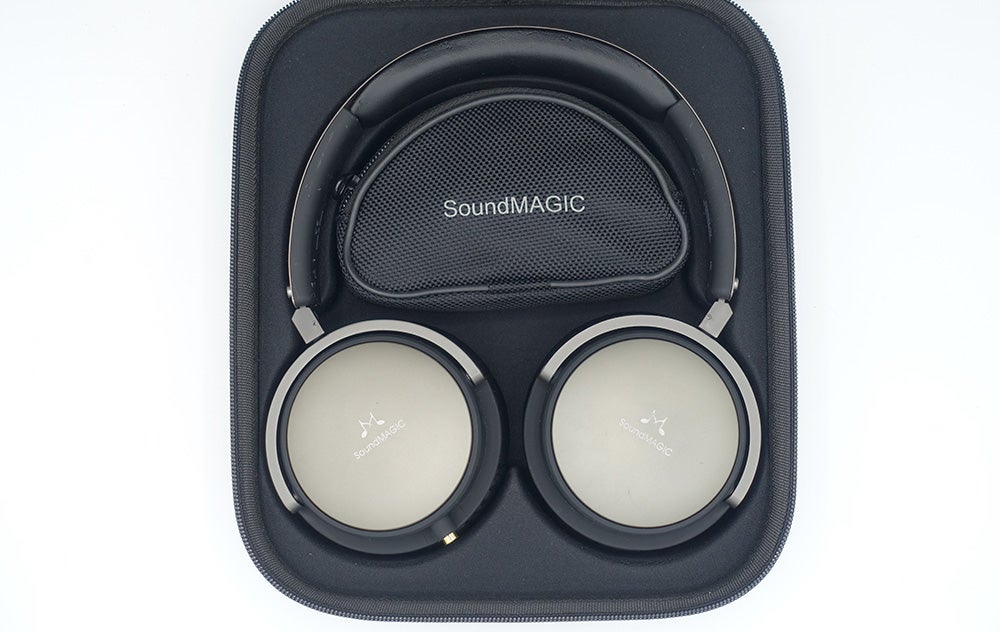 Much like the v2, the newer pairs adopt a low-key look that draws little attention. They’re in a curious area of being quite sleek and also plain, but there is something to appreciate about keeping it simple.

Regardless, some headphones are simply meant to do a job, and the Ventos assert their case with reassuring build quality. At 285g they feel light on the head, the adjustable stainless steel headband offers rigidity and the presence of aluminium earcups reduce weight and give the SoundMAGICs a classier look.

The rather large memory foam earpads sit nicely on the ear, with the leatherette material providing a soft contact with the ears. In the couple of weeks of using them, I haven’t experience many, if any ear-aches. So far, so good.

If it’s features you want, the Ventos are pretty bare. There’s no Bluetooth, active noise cancellation or anything else of that sort. What do you get? There’s both a VoIP (Voice over Internet Protocol) and smartphone adapter, as well as two detachable cables, one of which has an inline mic that’s compatible with iPhone and Samsung smartphones, though it worked fine with a OnePlus 3. 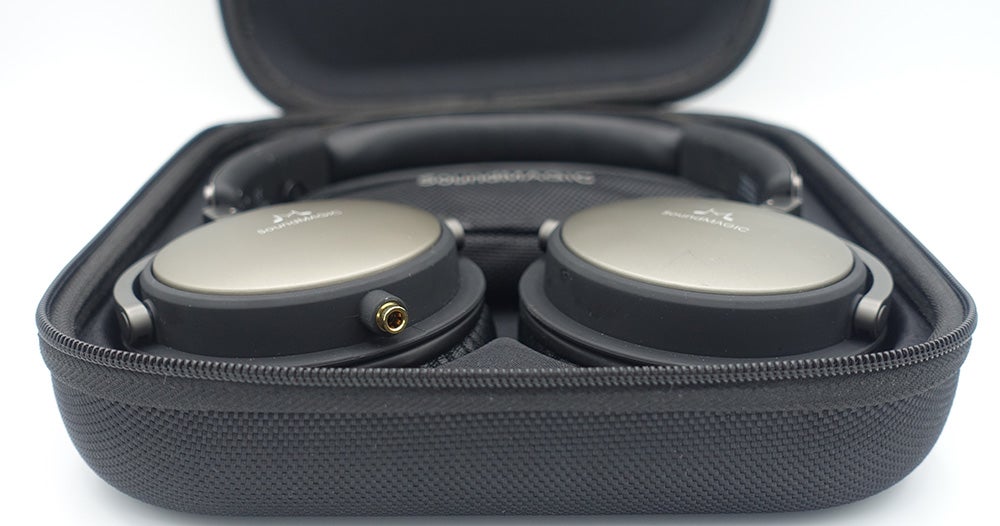 Noise isolation proves to be very solid, the earpads dimming the clutter of the outside world to more welcome levels especially if you’re working in an office environment.

They also offer a degree of portability, which is appreciated, if of limited use. You can swivel the earcups so they lay flat, but the headphones themselves aren’t foldable. The swivel feature only really comes into play with the hard carry case, which is large and square-shaped. You could put the headphones in your bag or wear them around your neck when you’re commuting but I suppose that would open up the risk of scuffing them up.

So far, so much like the previous versions. The area where the previous efforts fell apart was in the audio department and this is where the Vento P55 v3 offer a number of gains.

Even though the Neodymium Dynamic drivers have been updated, there are some characteristics that carry over. The Vento’s pursuit of neutral sound means that bass levels are still reined in. A spin of Kendrick Lamar’s “Backstreet Freestyle” shows the Ventos can produce some low-end feel, but I suspect there’s a little left on the table, likely in fear of stepping on the toes of the mid-range. 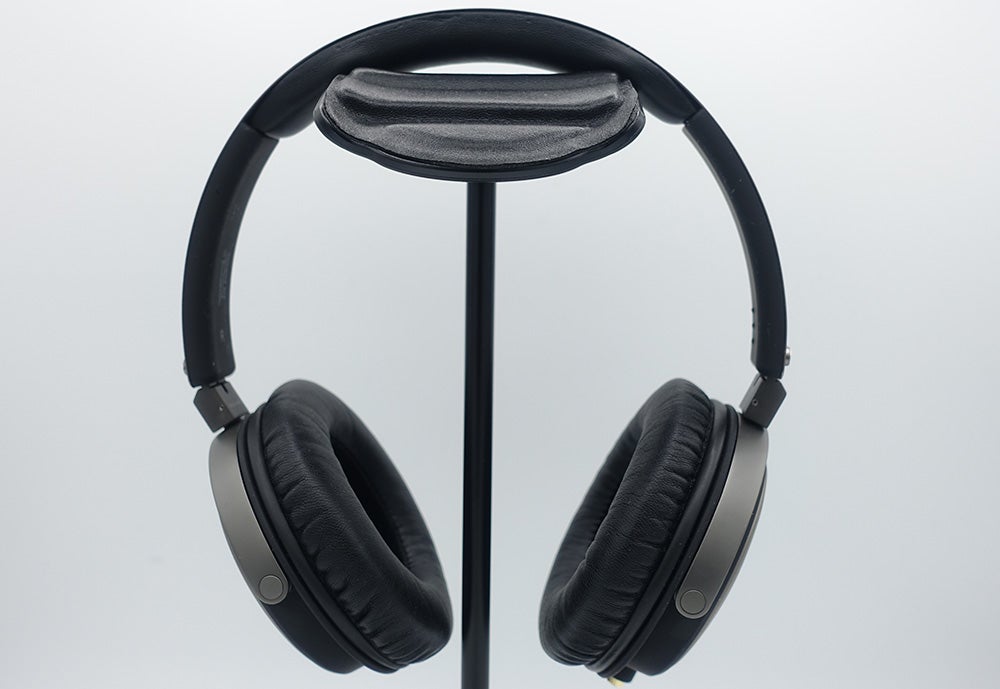 That said, they offer a textured listen with good balance, smooth treble and clear vocals. They’re able to etch out a good sense of detail, with background details just that bit sharper and clearer to surmise. Separation is well done too, avoiding the clutter of a congested soundstage. The opening of another Lamar track in “These Walls” shows the Vento P55 v3 can paint a landscape that’s decently wide and accurate.

They’re also able to go fairly loud, though I’d avoid unleashing their full volume. Turn them up too much and vocals can tilt towards harsh with the Ventos losing a little composure and detail.

What knocks the Vento P55 v3 down a bit is a lack of overall excitement. It’d be wrong to confuse neutrality with flatness, but even with the approach the Ventos take they don’t quite grab the listener by the scruff of the neck. For all their good and improved qualities, some may be frustrated by the lack of zip and verve. That shouldn’t take much away from what are fine and consistently enjoyable pair of headphones.

You should buy the SoundMAGIC Vento P55 v3 if…

They’re not particularly flashy in terms of design or features, but the Ventos get the job done with a robust build and balanced sound.

Considering they’re available for less than £100 on SoundMAGIC’s own site, sixty pounds cheaper than the previous version, they’re certainly worth considering if you’re looking for an affordable headphone or a replacement for a similarly priced pair.

The Sound MAGIC is a wired pair of headphones not wireless, and that choice is looking increasingly outmoded in a world where smartphones are dropping 3.5mm jacks.

The SoundMAGICs are pretty much plug and play. There’s not much else in terms of additional features.