What happens when a home PC and a tablet collide? You get something like the Sony Vaio Tap 20. It’s a 20-inch lifestyle PC running Windows 8 that can double-up as a tablet thanks to its easy-fold stand and battery. At £1,000, though, many people would be better off with a tablet and PC combo. 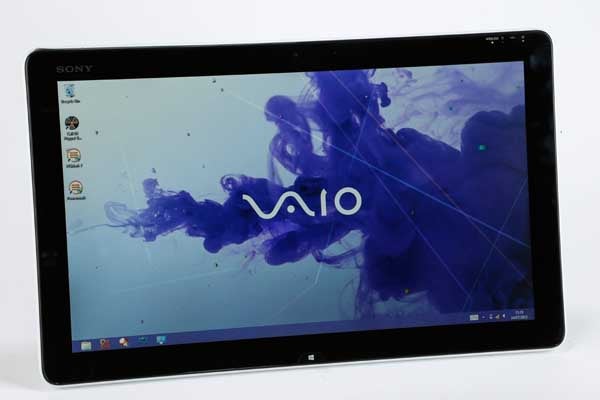 From a picture alone, the Vaio Tap 20 looks rather like a tablet. It has friendly curves and a fully-flat front topped with a touch-friendly layer of glass.

In person, it’s quite a different proposition. Although semi-portable, the Sony Vaio Tap 20 seems much more a lifestyle PC than something you’ll want to use day-to-day on your lap while slouched on the sofa.

Why? Because the Vaio Tap 20 is big and heavy. It’s weighs 5.1kg, equivalent to sixteen and a half iPad minis – or four ultrabooks. There’s little chance of a child being able to pick this up and use it as a portable computer – but perhaps that’s the point. 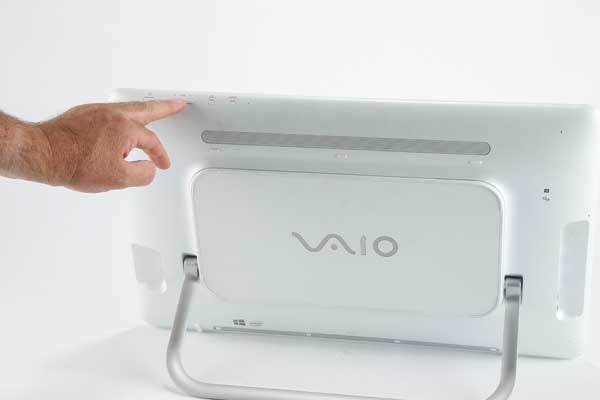 It’s a sturdy-feeling computer, with a tough white plastic rear and a strong, free-rotating metal stand that holds the Tap 20 up at a laptop screen-like angle, but it’s simply too heavy to comfortably move around daily.

Sony has made some design tweaks to make its hardware a bit more flexible in this respect, though. There are rubber buffers on the underside of the Tap 20, and a ring of rubber that surrounds an extruded part of the rear, protecting the computer should you want to lay it flat on a table. This part of the computer is around 45mm thick, meaning it sticks out a fairly old way.

But why is the Sony Vaio Tap 20 so big and heavy?

It’s partly because the computer is specced like a desktop laptop replacement rather than an Ultrabook. It has a 1TB hard drive rather than flash storage and pretty generous 6GB of RAM. However it still uses a Ivy Bridge Intel Core i5 3337U 1.8GHz CPU. Not only is this not the latest Haswell generation, it’s still a ‘mobile’ laptop processor.

We can also level some of the blame at the 5,000mAh internal battery and the pane of glass that sits on top of the 20-inch display. They all have a cost in grammes as well as pounds.

This hardware means the Sony Vaio Tap 20 works much better as a style PC, with as little emphasis on the ‘mobile’ part of the equation as possible. In this role, it works pretty well thanks to its super-strong stand, which can leave the computer resting sturdily at just about any angle between fully flat and near-upright.

It’s this stand that makes the Tap 20 vaguely kid-friendly, as they can prod away clumsily at the touchscreen without the whole thing collapsing.

The Tap 20 comes with a wireless keyboard and mouse for when you want to get serious. The keyboard is all-plastic but has a solid, well defined action and simple black styling to match front of the main unit. 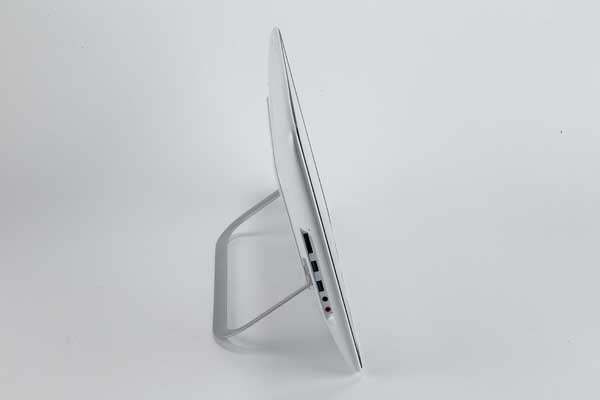 The Sony Tap 20 has a 20-inch screen with a capacitive touch layer that can happily sense 10 fingers at a time. We rarely talk about how many points of touch tablets and phones can manage these days, but in a device this size it’s more important – two people playing with the device at one time actually works here.

Its touch layer is responsive and accurate, although the space between the very top layer of the screen and the actual display does appear to be a bit thicker than normal – perhaps to allow for a tougher glass protective layer. If so, it works – even with fairly strong pressure applied, we notice no screen distortion at all. You would certainly notice this in a device this size that used a less than ultra-tough glass layer. 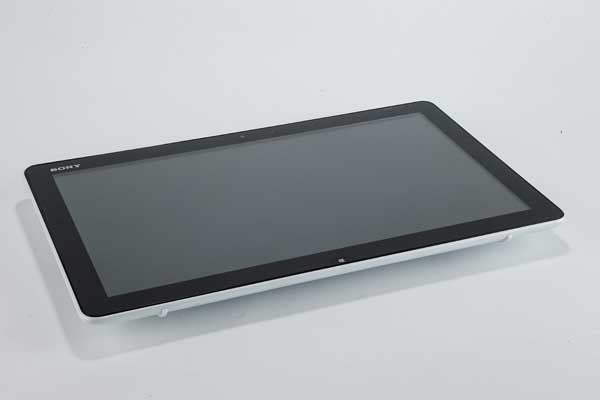 Ocne again, the Tap 20’s problems are all the more obvious if you try to think of the computer as a tablet. Its 92 pixels per inch density is woeful compared with 300-plus ppi of the top tablets. Larger screens need lower pixel density generally, but sub-100 ppi resolutions look blocky and crude up close in this 20-inch form.

Even budget IPS monitors this size use 1080p displays, and seeing such a compromised screen in a £1000 PC is disappointing. Its refresh rate isn’t great, either, with text leaving trails as you flick through the fluid touch interface of Windows 8.

With a less critical eye that’s further away from the screen, though, it does look fairly good, especially as the entirely flat surface of the display gives it the impressions of being ‘all screen’ much more than a traditional desktop or laptop – despite the fairly chunky bezel.

Within the top part of the bezel is a HD quality video chat camera, and a brightness sensor alongside.

The one other extra hardware bit that gives the Sony Vaio Tap 20 the feel of an oversized tablet is the Windows button, in the bottom part of the bezel.

Next
Connectivity and Performance Review