It may be a good deal heavier than the vast majority of laptops, but the Sony Vaio Tap 20 doesn’t supply particularly impressive connectivity.

All the sockets live in two alcoves dug into the sides of the computer’s rear. On one edge you get two USBs, a memory card slot that accepts Sony proprietary formats as well as SD, and the standard microphone and headphone jacks. On the other edge of the Tap 20 sits an Ethernet port. 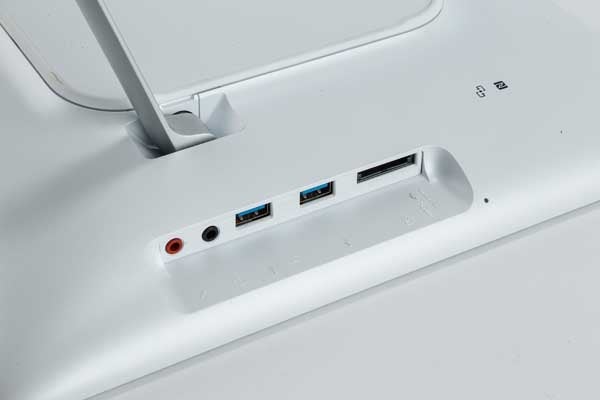 The one positive thing to note is that both USBs are USB 3.0-compliant.

Of course, if a lack of USBs becomes a problem, you can always plug in a hub – which should prove less of a nuisance than it would with a ‘fully portable’ laptop. There is no optical drive, and no space to add one to the unit itself.

The Sony Vaio Tap 20 gives you slightly easier access than some portable computing devices. Its rear plate, the part that houses the table-friendly rubber padding, is removable, and gives access to a series of screwed-in flaps giving access to some of the internals.

We got out the screwdriver for a nose around, and within five minutes had unearthed the 2.5-inch hard drive, the RAM slots and the battery, which is much like a laptop unit.

This makes the computer easily upgradeable. As standard you get an Intel Core i5 i5-3337U CPU (non-upgradeable), 6GB of RAM and a 1TB hard drive. There are just two RAM slots, occupied with a 4GB chip and a 2GB chip, so if you want extra RAM, you’ll have to ditch at least one of them.

However, as a lifestyle PC, the most important upgrade to me made here is to move from a hard drive to an SSD. This would significantly improve boot times and recovery from sleep. With an HDD, a cold boot takes about 20 seconds and recovery from sleep around 2.5 seconds. It’s hardly a slovenly slouch, but doesn’t match the speed of the snappiest SSD-equipped Ultrabooks. 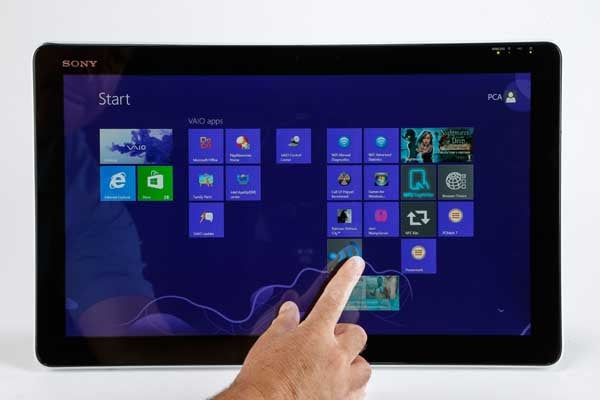 If you buy direct from Sony, you can custom configure the system with a number of upgrades, but these will soon ramp up the price. A 256GB SSD costs an extra £470, for example. And a fully specced-up Core i7 system with an SSD will set you back upwards of £1,500.

Minor nimbleness quibbles aside, the Tap 20’s biggest problem is that it does not use a Haswell-generation CPU, but last year’s Ivy Bridge type. This is less efficient, less powerful, across the board, with a particular gap in gaming power.

The Vaio Tap 20 does not have a dedicated graphics processor, and the Intel HD 4000 chip that’s built into the Core i5 package is not very powerful. Expect it to play the latest games at native resolution and you won’t be impressed with the results. We got the Tap 20 to play S.T.A.L.K.E.R. at an average of 40fps – this is playable, but shows that you’ll be restricted to older games.

Used casually, performance is great. There’s no navigational lag, and the default Core i5 Ivy Bridge processor and 6GB of RAM gives enough power to handle taxing apps like Photoshop CS5. It may be designed for breezy use, but it’s not restricted to frivolous duties. 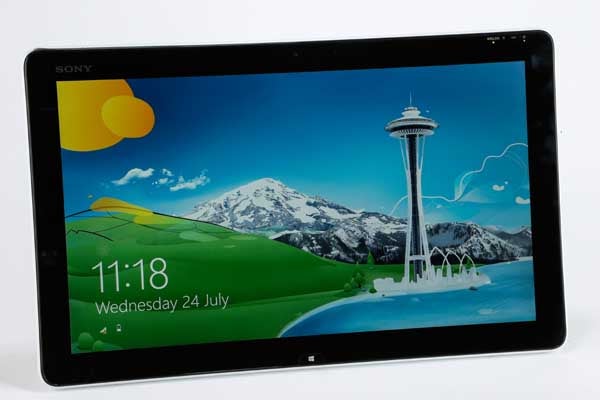 The Sony Vaio Tap 20 feels most at home as a media unit that’s only occasionally put to work on more serious fare, but it’s set back in this respect by the lack of a Blu-ray drive.

Its screen is also not pixel-rich enough to display 1080p videos at their native resolution.

It wins back some multimedia points with its internal speakers. They are far better than those found on most laptops, with two treble/mid driver on the bottom edge of the rear and a ‘subwoofer’ up towards the top of the rear casing. 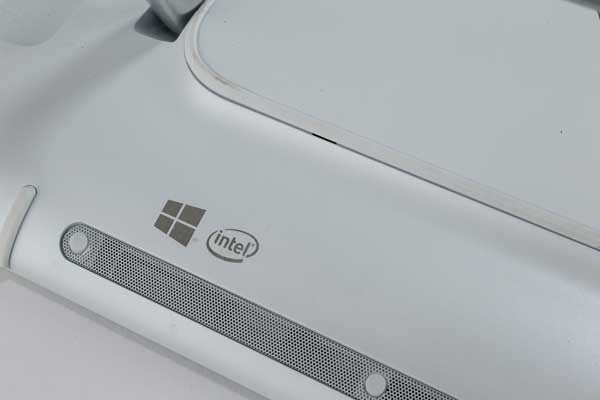 These drivers are all rear-firing, so don’t give a precision stereo image, but having the slightly larger sub driver gives the sound more weight than standard inbuilt speakers can provide. There is a small about of bass, enough to make watching a TV show on it an acceptable experience. But if it is to become a screen you watch movies on regularly, you’ll want to get yourself a separate pair of speakers.

Should you want to take the Vaio Tap 20 away from its power cable, to watch a film for example, the internal battery lasts for just a couple of hours. This doesn’t have normal laptop stamina, let alone anything approaching what you’d get with a tablet. 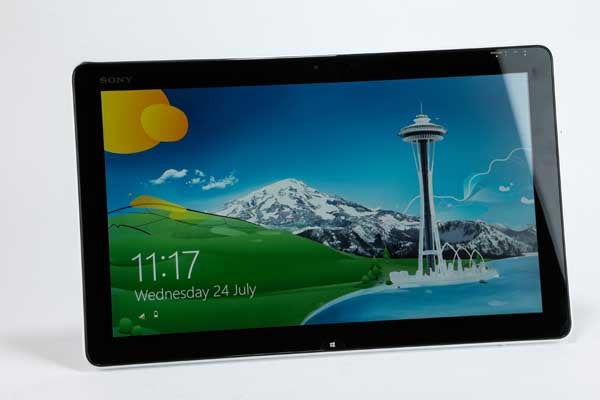 Should I buy the Sony Vaio Tap 20?

The Sony Vaio Tap 20 is a curious hybrid. Its screen is a bit small for an AIO desktop replacement computer, it’s too heavy to carry around casually and it’s not going to replace your TV and console as a gaming environment.

Like early touch PCs, the Vaio Tap 20 is a lifestyle statement, and you pay a bit more for that fact. We don’t think this sort of computer will come into its own for a year or so, though – when the thing offers a better screen, better portability and higher stamina.

As it doesn’t quite excel in the intended role, we recommend either opting for a more traditional PC and a tablet, or larger-screen AIO that doesn’t have tablet aspirations, such as the Lenovo IdeaCentre A720.

We suggest taking a look at our round-up of the best Windows 8 laptop and PCs instead.

The Sony Vaio Tap 20 is difficult to recommend. It has a large screen and some claim to in-house portability, but when it weighs as much as a desktop PC, the equation doesn’t quite fit. Especially when the screen has fewer pixels than some 10-inch tablets that cost less than half the price. And if you want a pure at-home PC, the Tap 20 seems pricey.