Despite the relatively large range of improvements and upgrades to the RX100 II, including the vari-angle LCD screen and new accessory port, when you place the camera side-by-side to the RX100 it’s really quite difficult to spot the difference between the two.

The RX100 II is marginally bulkier owing to the addition of the new screen, although it’s not markedly so and in many ways that’s a testament to the quality of the camera’s design in that they’ve improved functionality without building on the size. 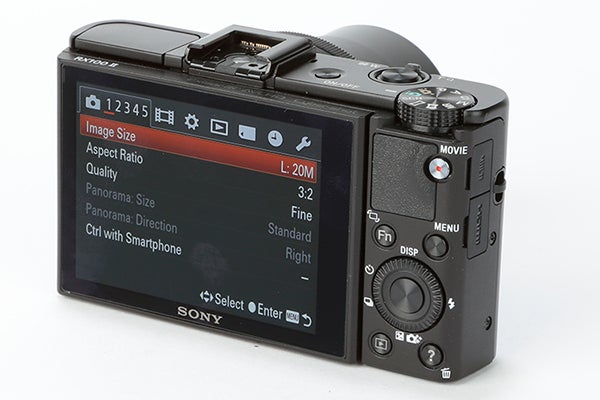 The screen itself pulls away from the body and tilts upwards to around a 90-degree angle, or downward to around 20 degrees. This isn’t as great a versatility as found on some cameras, but it’s addition is welcome that makes the RX100 II easier to use in tricky situations.

The RX100 II has much the same control layout as its predecessor, and that’s not a bad thing. A mode dial on top of the camera offers access to the various shooting mode, while the smaller buttons on the rear of the camera are of a pleasing quality.

There’s also a pair of quick function buttons, namely the control ring around the camera’s lens and ‘Fn’ button on the camera’s rear. The control ring is available to control shutter speed, aperture, zoom or creative style as and when it’s required.

You can also set the control ring up to control the zoom if you prefer, allowing for quick access to a selection of oft-used focal lengths in conjunction with the preset focal length function. The ‘Fn’ button is also customisable, which means there are plenty of ways to adapt the RX100 II to your shooting style.

The body is has a premium feeling and quality aluminium finish that’s sure to stand up to any bumps and bruises. Our only real complaint is there’s no handgrip, which would make the RX100 II much easier to handle. 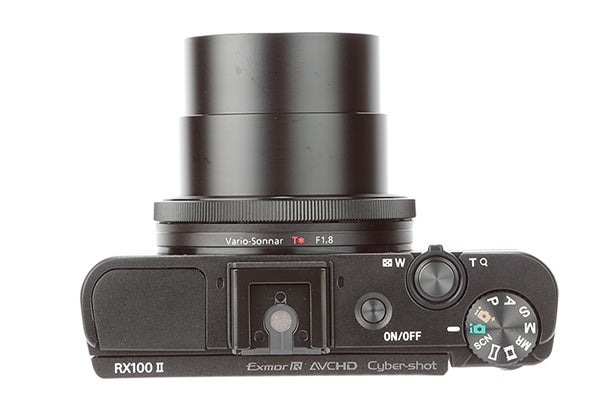 As was the case with its predecessor, the RX100, the RX100 II is an absolute pleasure to use. It feels like a quality camera and, even in areas where it’s not the best specified, it still impresses.

One such area is the its AF performance. Although the straightforward contrast-detect system is theoretically a lesser standard than the hybrid auto-focus (AF) systems cropping up on current DSLRs and CSCs, it’s still impressive compared to compact cameras.

The AF system is fastest in the Single AF shooting mode. The quoted speed is the same as found on the RX100, at roughly 0.13 seconds. Such a speed is barely perceptible, although it’s safe to say that the RX100 II matches the claim more often than not.

If you’re looking for more versatility in your focusing, the Flexible spot AF setting allows for a single AF point to be moved around the frame, although due to the lack of a touchscreen it has to be done so through the camera’s d-pad. 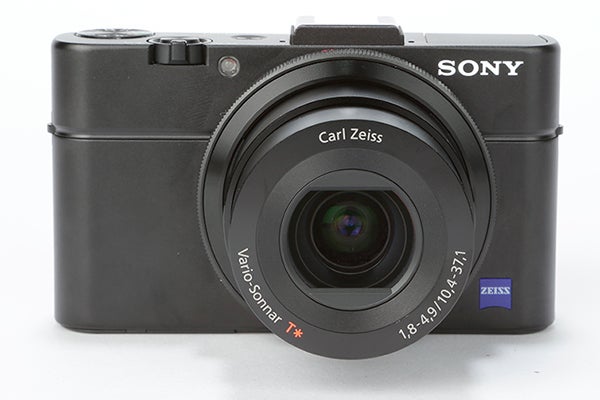 If you’re looking to shoot quick snaps, then the multi-area AF setting is the most sensible option as it more often than not addresses the subject in the frame well.

Finally, the camera’s focus tracking setting offers performance as you’d expect, although it does seem to suffer with subjects moving fasting through the frame and as such is best for slower moving subjects only.

The continuous shooting speed is also consistent with quoted shooting rates, while the camera’s buffer is comparable with other advanced compacts. Utilising a relatively high-speed Lexar SDHC card, it’s possible to capture seven Raw and JPEG files simultaneously before the camera begins to slow.

There are a few small gripes with the camera’s performance, however, starting off with the control of the camera’s scroll dials. Most of the functions involve a logical clockwise rotation in collaboration with the visualisation on the screen.

However, when it comes to altering the RX100 II’s ISO setting, the dials must be spun anti-clockwise to increase ISO and vice-versa – i.e. the opposite of all the others. It’s not a major gripe, but it makes something simple more complicated than necessary.

The other gripe is with the compatible optional electronic viewfinder (EVF), namely the Sony EV1MK. It performs excellently and is perfectly suited to the advanced nature of the camera, but its eye-watering £329 price-tag means the camera and viewfinder together cost more than £1,000. You don’t have to buy the EVF, of course, but plenty of people will want one.