One of the side effects of the improvement in smartphone camera technology, and now genuine camera-smartphone hybrids like the Samsung Galaxy Zoom S4, is that manufacturers have looked to improve upon their advanced compact offerings.

The impressive Sony RX100, released to great acclaim last year, was the perfect example of this – one of a great many ‘large sensor’ compacts from the last couple of years. The RX100 II replaces the RX100 and looks, on paper at least, to be an exciting model with some real improvements upon its predecessor. Let’s take a closer look at the compact to fin d out what’s new. 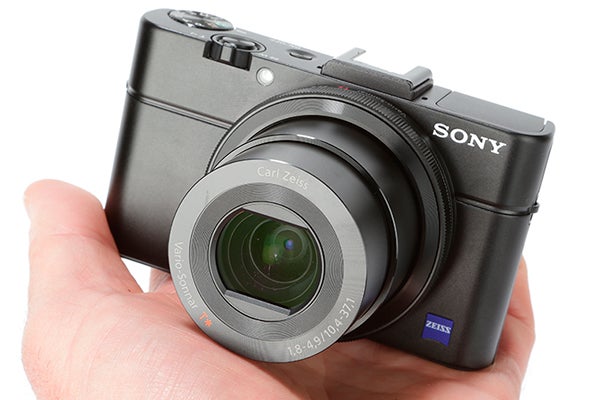 Not what you’re looking for? Read our round-up of the best cameras

As is the case with quite a few advanced compacts, the Sony RX100 II doesn’t have a particularly large focal range. The zoom itself is a 3.6x optical zoom composed of Carl Zeiss optics, covering a focal range of 28-100mm in conventional 35mm terms. That’s neither long nor particularly wide by recent standards – many top-end compacts have a mighty useful 24mm wide-angle.

What the lens does benefit from, however, is a substantial maximum aperture at the wide end of the zoom of f/1.8. This decreases to f/4.9 at the tele end, which is slightly less impressive, but the benefit of the f/1.8 at the wide end is substantial.

The lens itself is composed of a 7-blade aperture diaphragm to assist the production of pleasing Bokeh shots, while another new addition is the option to set up a series of zoom increments for quick access through the focal range. 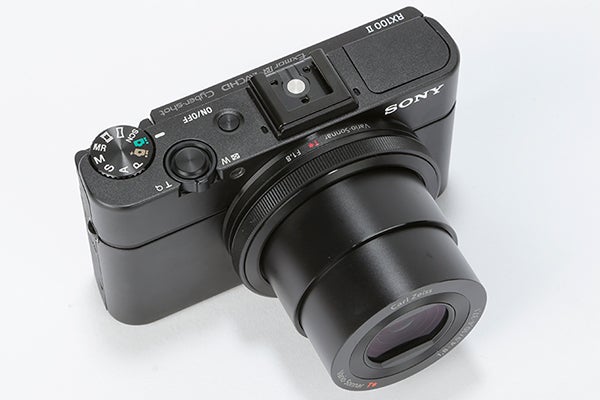 What sets the RX100 II apart from the likes of the Panasonic Lumix LX7 or Lumix LF1, which both have fast lenses at their wide-angle, is the supremely large 1-inch, 20.2MP Exmor R sensor. It’s not only larger but also a much higher resolution, which means you capture more detail and have more opportunity for cropping into shots. Although the RX100 II’s sensor is the same size and resolution is as the RX100, the chip itself is now different, as it includes back-illumination technology.

This back-illumination should help control noise at the higher ISO settings, with the RX100 II featuring a native ISO range of 160-12,800, which extends to ISO 25,600 in certain shooting modes.

The large sensor allows for a range of movie capture modes, including full HD at either 24/25p or 50/60p, in either AVCHD or MP4 formats.

Both video and stills capture benefit from the addition of Sony’s Optical SteadyShot system, with both Active and Standard shooting modes available during video capture in particular.

As you’d expect for an advanced compact such as the RX100 II, the model features full manual (PASM) shooting controls, as well as the option to shoot Raw files alongside JPEGs. The RX100 II also caters for those happy to let the camera do the work, with the inclusion of Auto shooting modes and a host of Creative filters. 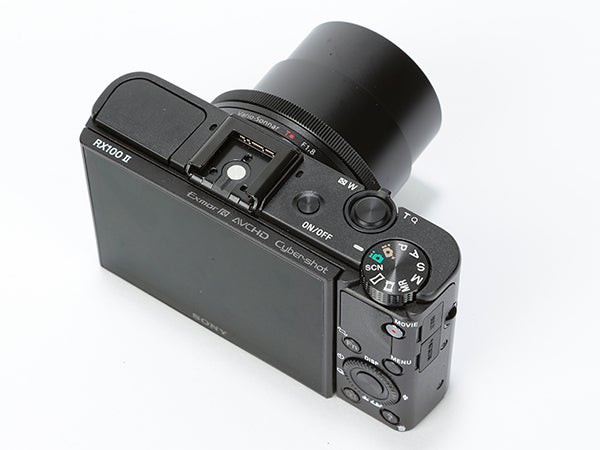 There are more differences between the RX100 II and its predecessor than just the back-illuminated sensor, ones that are bound to appeal to any discerning enthusiast. The most eye-catching of these is the 3-inch, 1,229k-dot display.

It’s not the fixed variety as found on the RX100 either, as the screen here is tiltable and as such can be pulled away from the body and viewed from a range of angles. The screen also features White Magic technology to allow for clearer image reproduction.

The RX100 II also features a new ‘Multi Interface Shoe’ that not only allows for the connection of an external flashgun in the manner of a traditional hot shoe, but also allows for the attachment of a remote control or electronic viewfinder – more on the latter later on.

Completing the range of new features is the addition of new connectivity functionality. The RX100 II not only offers Wi-Fi technology, but also becomes the first Sony camera to feature NFC technology, allowing for one-touch transfer of images between it and other NFC devices.

The Wi-Fi connectivity, meanwhile, allows for easy transfer of images between the camera and Wi-Fi enabled smartphones or tablets, as well as remote control of the camera from these devices.