As you’d expect for a camera with such a high-end specification, Sony has give the RX10 a high-end finish to match.

The body of the camera itself features a magnesium alloy lens barrel and top plate, with the rest of the body comprised of a solid polycarbonate. The combination of the two materials results in a real quality finish, leaving the RX10 feeling assuringly sturdy. 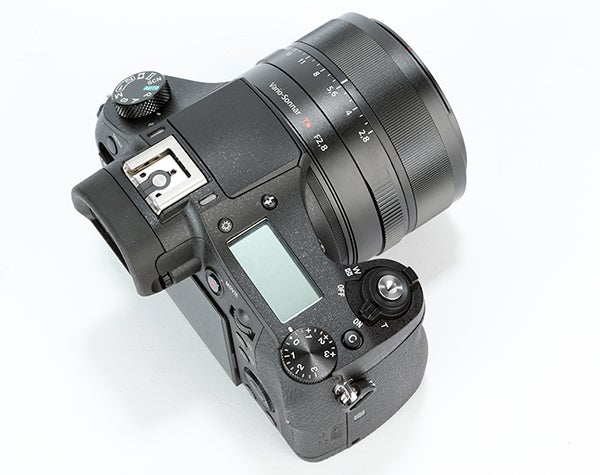 The high-end feel is aided by some nice touches found around the camera’s body. These include features such as a threaded shutter release button which facilitates a mechanical shutter release cable.

Another of these features is the inclusion of a manual aperture ring around the base of the lens. In manual or aperture priority shooting mode photographers can select the aperture using this ring, while it also features a physical click for more assured operation.

All other controls are logically placed and ensure that the RX10 impresses in operation. The same is true of the camera’s menu system, with it following a similarly successful design to other Sony cameras. 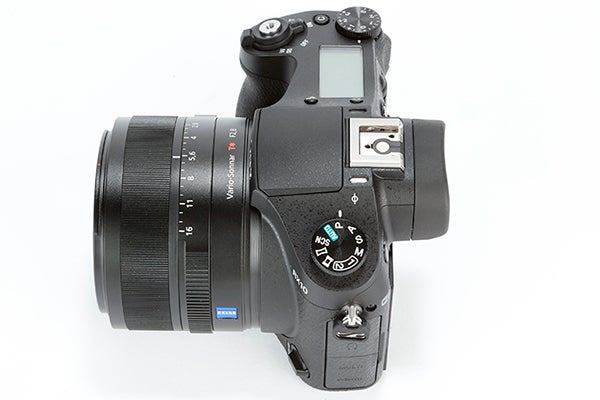 The element of the camera’s design that really sets it out as a bridge camera is the model’s large protruding lens. As you’d expect from a 8.3x zoom with a constant f/2.8 aperture, the lens itself is quite large, although it’s not particularly bulky.

The lens itself is operated electronically, and as a result it can take a while to move from the wide to the tele end of the zoom. That being said, it does so smoothly and can be operated using the electronic zoom ring located on the lens body. 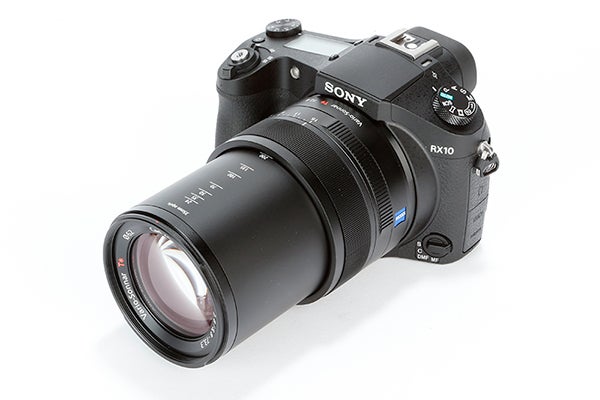 It’s all very well having an impressive specification, however if the RX10 doesn’t deliver on performance such technology would have been in vein. It’s good news then that on the whole the performance is certainly in keeping with the high-spec.

As well as featuring the same sensor as the Sony RX100 II advanced compact, the camera also features the same metering system. It impressed on the RX10’s stablemate, and the same in true here.

When using the standard default metering mode the RX10 provides pleasingly even exposures, and even in much darker scenes there was only the slight tendency to overexpose. As you’d expect there are a host of other metering modes on hand, so if you want to customise the performance to your liking it’s easy to do so. 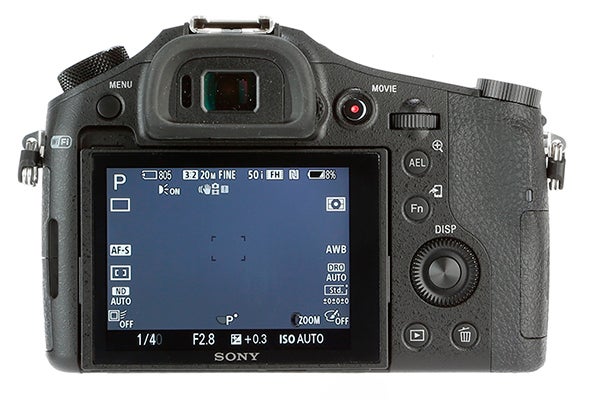 If you’re a keen videographer then you’ll be pleased to hear that the RX10 also provides some impressive performance when it comes to capturing moving images.  The Full HD video capture is offered at a host of different frame rates, while the f/2.8 maximum aperture is most useful when shooting video.

The real boon is the support for both headphones for audio monitoring as well as an external microphone; two features that are normally the preserve of the DSLR or advanced CSC market.

The RX10’s AF system once again borrows technology from the RX100 II, and as a result it features comparable AF speeds to its stablemate. The only time it really differs is at the longer focal lengths, although on the whole it’s similarly impressive.