What are the Sony MDR-1ABT?

The Sony MDR-1ABT are wireless Bluetooth headphones that don’t scrimp on sound quality or tech. They’re about as up to date as you could hope for, offering features in line with the current Hi-Res Audio trend.

There’s very little to dislike from a more traditional perspective too. Comfort is good, sound quality is pretty much pure enjoyment and they don’t look bad either.

The tone is slightly soft compared with some and you’ll likely get a slightly more hi-fi sound from the Sennheiser Momentum Wireless. But the £300 Sony MDR-1ABT are some of the best Bluetooth wireless headphones we’ve looked at. 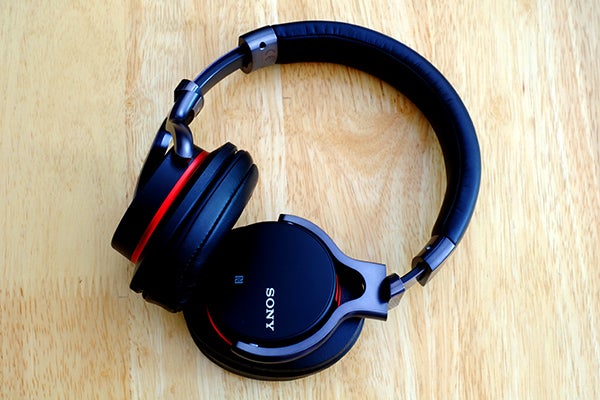 The Sony MDR-1ABT look, no surprise, an awful lot like the MDR-1A headphones we reviewed earlier this year. Sony’s headphones have a distinct style, and it’s a sound one that offers a hint of urban flavour while being a lot more neutral than a pair of Beats headphones.

Of course, some may take issue with the Sony MDR-1ABT’s familiarity. The MDR-1As are £170 headphones, these are £300 ones, without any obvious upgrade in build quality.

They use synthetic leather pads and the outer parts are made almost exclusively of plastic. Only the headband skeleton is metal, something you get in much cheaper headphones. It’s nothing to boast about. 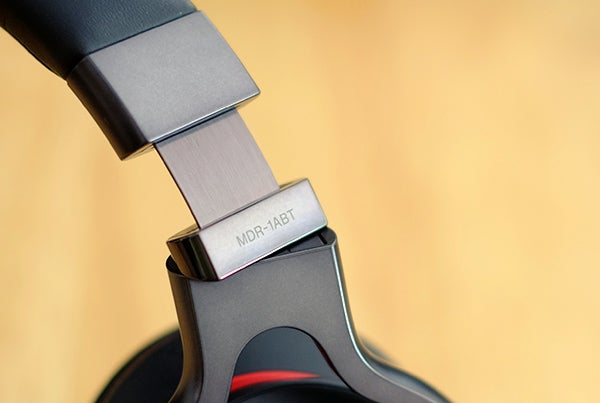 The Sony MDR-1ABT get a partial pass for being wireless headphones, but it does tell you you’re paying a fair bit extra for the privilege of wireless. Ultimately, they don’t look or feel like a truly luxurious pair.

Functionally the Sony MDR-1ABT design is very good, though. They are light, don’t stick out an excessive amount and are comfortable. There’s nothing too clever going on, just a sensible design and soft padding on both the large pads and the headband. It’s ‘normal’ foam rather than memory foam, so there’s no bedding-in period either. You just need to make sure the headband is at the right setting for your head.

Despite the padding, the Sony MDR-1ABT can still cause some discomfort if not setup properly. If you own a pair and find them a bit comfortable, try rearranging the headband. The fit is firmer than something like the Bose QC25, but they are generally very comfy. 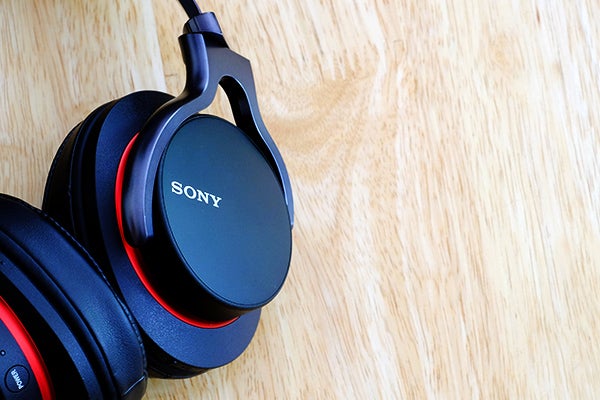 These headphones have far more features than most. And they’re all well-implemented. No amateur moves here.

First, wireless is optional. There’s a 3.5mm socket for when you run out of battery or can’t be bothered to go wireless, and there’s a cable in the box. On the underside of one cup is a mic for handsfree calls and there’s just one button on the Sony MDR-1ABT, the power button.

Despite this, you do get full playback control and ‘local’ volume control too. All of this is done using the surface of the right ear cup. Swipe up and down to turn the volume up and down, double tap it to play/pause and swipe left and right to change tracks. It works surprisingly well, making any learning curve involved with the Sony MDR-1ABT short and frustration-free. 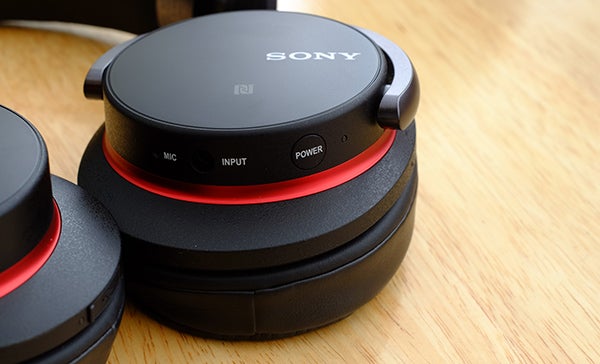 Setting them up is simple too. They have NFC for quick sync’ing, but you can also simply pair them up normally as you would do with any Bluetooth device. We experienced no issues with wireless performance during testing either.

One other feature you may have heard of is LDAC, a higher-resolution Bluetooth codec of Sony’s. It sounds terribly exciting, claiming to use up to 3x the data rate (it’s only that high when the source is at a certain quality itself, mind) as standard SBC, which is the default codec for Bluetooth audio. However, it’ll only be of use if your source also supports LDAC. And right now that means Sony’s latest top-end phones/tablets or MP3 players.

It’s so limited at present it’s not worth putting too much emphasis on, unless you already own an LDAC device. Still, the Sony MDR-1ABT also support the next best thing, aptX. And what may arguably have more of an effect in some cases than LDAC is actually the processing that goes on after the headphones receive the audio signal. 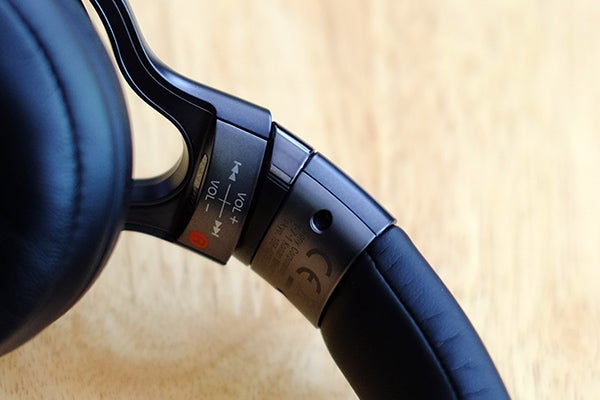 The Sony MDR-1ABT use a kind of digital processing called DSEE HX that claims to upscale non Hi-Res audio to a quality comparable to the good stuff.

It sounds to us like this happens as part of the DAC chain: the part that converts the digital wireless signal into the analogue one that eventually drives the 40mm dynamic drivers used here. Plus it’s what makes sense from a technical perspective. 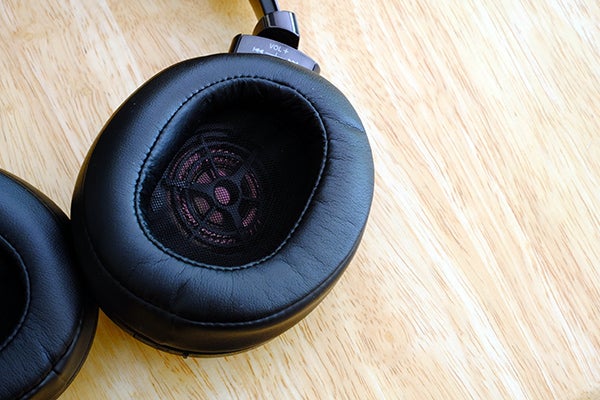 Tonally the wired and wireless sound from the Sony MDR-1ABT is similar, but the treble appears ‘tamed’ in the wireless feed. It’s a little smoother, a little less pronounced. Neither is particularly harsh, though, and both offer good detail.

While we didn’t have the Sony MDR-1A for direct comparison, from memory it also seems that Sony may have toned down the bass a little this time. There is a bass emphasis here, but only a slight one. The impression they give off is of a balanced, and fairly natural-sounding headphone.

Where they excel is in providing a large sound, despite using a closed design intended for portable use. Big and wide is the order of the day, and these characteristics are what make the Sony MDR-1ABT involving and fun to listen to.

However, comparing them to some of the best non-wireless headphones at the price, we start to see where their deficiencies lie. We put them up against the Sennheiser Momentum (we’re still waiting for the wireless set to arrive) and Oppo PM-3, and both show up the Sony MDR-1ABT mid-range.

The mid-upper part of the Sony’s mids is slightly recessed, making vocals sound a little hollow as more of the sense of the vocal’s detail is made up of higher frequencies. As such they lack a certain realism in this respect, especially when put up against the Oppo PM-3’s superb mids.

The Sony MDR-1ABT are a higher class of ‘party’ headphone, but ultimately still falls on that spectrum. This is as much a lesson in expecting tech-heavy headphones like these to route a decent chunk of their cost into these features, rather than pure sound quality. However, you only need to worry about this if you’re after seriously high-end sounding headphones. These are a little more forgiving, and offer a fun, smooth sound that’s perfect for long, relaxed listening. 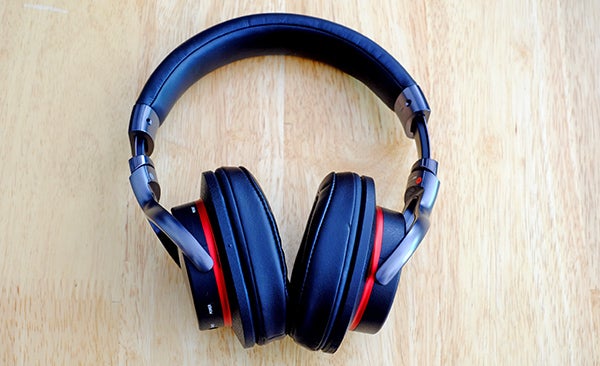 Should I buy the Sony MDR-1ABT?

As with any wireless or noise cancelling set of headphones, before buying the Sony MDR-1ABT, you need to make sure you need their spotlight feature. Because (stating the obvious) you do pay for it.

What we have here are solid just-sub-£200 headphones whose wireless antics elevate them into the real big leagues, price-wise. And while we imagine 99 per cent of people will like the Sony MDR-1ABT sound, better-built and better-sounding non-wireless headphones are available for less. It’s down to that awkward truth: where a cheaper set might add on £30-40 for wireless, this one gains £130.

As tough as we find that to swallow, though, these are great wireless headphones whose practical success and fun sound makes them thoroughly enjoyable. We imagine the Sennheiser Momentum Wireless may offer slightly better sound, judging by the non-wireless version’s performance, as well as fancier build. But they also cost a jaw-dropping £80 more. Ouch.