The 65X8505C isn’t as impressive in 3D mode as it is in 2D. Pictures look quite dark by modern 3D standards. This remains the case even if you set the brightness setting on the glasses to High and even though the TV locks its backlight at its Max level for 3D.

As well as instantly making 3D feel like a compromise over 2D, the reduced brightness can crush out details in dark picture areas and leads to a slightly reduced sense of depth versus some rival 3D TVs.

The 65X8505C’s 3D picture also looks less sharp when compared to its remarkably crisp upscaled pictures in 2D mode – not helped by the presence of crosstalk ghosting noise in 3D.

Overall, the 65X8505C’s 3D performance falls well short of that experienced on the 75X9405C. It had us longing for the passive 3D system used on the first generation of Sony’s X9005 4K TV series a couple of years back.

The 65X8505C’s sound doesn’t hold a candle to the stunning efforts of the speakers attached to Sony’s 75X9405C. The soundstage is reasonably wide, but it begins to sound harsh under even minor pressure pressure to the point of descending into full-on distortion at really high volumes. In addition, bass sounds artificial – although, to be fair, there’s more evidence of it than we might have expected to hear on such a slim TV. 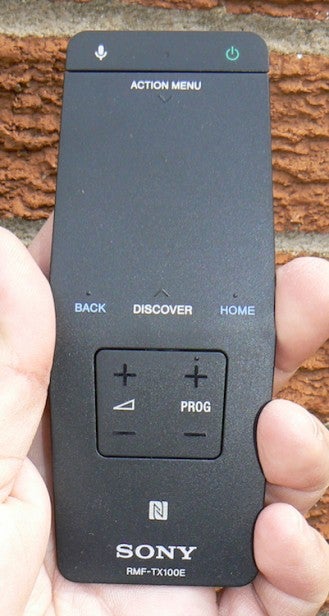 Voices sound believable – even when other aspects of the soundstage come across as being forced – and effects seem accurately positioned. Overall, we’d describe the 65X8505C’s audio as being “fair to middling”.

If you’re a gamer looking for a TV capable of doubling up as a large monitor, the 65X8505C is definitely worth considering. Its black-level uniformity and colour performance both look a treat with video game graphics, and we measured its input lag – the time a TV takes to render images having received image data at its inputs – to be around 38ms. This is a pretty low figure for 4K UHD TV, and shouldn’t have much of a negative impact on your gaming performance.

As noted earlier, we’re not great Android TV fans – but this isn’t only due to its presentational issues and unhelpful approach. On the whole it runs sluggishly, and on occasion will crash. Worse still, it seems that the power needed to run it causes many of the TV’s more general functions to run rather sluggishly too.

While its Android TV system is at best a Marmite feature, and its pictures need a bit more work to achieve the quality that we’ve come to expect from recent Sony TVs, the 65X8505C is nonetheless another strong 4K product from the company. It’s reasonably aggressively priced for what’s on offer, too.

Rival models to consider would be the Panasonic TX-55CX802 and Samsung 65JU7500.

Following some manual input, the 65X8505C delivers excellent, big-screen picture quality and a fairly comprehensive – if slightly tortuous – smart TV system. All for what is, in the circumstances, a fairly approachable price.