As noted earlier, the 65X8505C’s pictures out of the box weren’t as expected, but from following our setup guidance you’ll discover that this TV is capable of delivering very impressive pictures indeed. With a couple of caveats.

In the main, the 65X8505C produces impressive black levels and contrast. Particularly heartwarming is the picture’s almost complete freedom from the distracting backlight-clouding issues still common in LCD TVs. Couple this with deeper, less greyed over black colours than most LCD TVs can manage and you’re immediately looking at pictures that are consistent and cinematic. 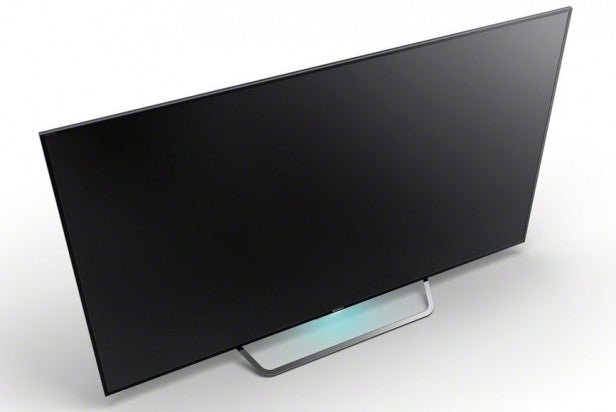 The 65X8505C’s black levels provide a strong foundation for the set’s colours, too. Tones look vibrant and rich, but also balanced and full of the subtlety that separates good 4K from HD. The quality of the X1 processing shines through in the 65X8505C’s colour handling, ensuring an almost infinite amount of tonal subtlety regardless of whether you’re watching native UHD or upscaled HD.

While we’ve seen other impressive upscaling engines in recent times, especially from Samsung, the 65X8505C joins the 75X9405C in making a case for Sony’s handling of colour here being the best yet.

As noted in the Setup section, we found ourselves unable to resist the lure of Sony’s Live Colour system. This “unlocks” the potential of Sony’s Triluminos panel without, crucially, upsetting the delicate balance of the colour palette or causing colour nuances to be lost in the richer saturations. There’s even a Rec 2020 colour setting in the menus, although this wasn’t as helpful with today’s sources as the more thoughtfully configured Live Colour system.

The 65X8505C’s potent combination of extreme colour accuracy and exceptional backlight control helps it deliver outstanding detail, texture and depth from native 4K UHD content. And this clarity remains mostly intact when there’s plenty of motion in the frame, too, thanks to the set’s decent native motion performance – and, if you choose to use it, its strong motion processing. A little residual judder is apparent if the motion processing is set low enough to avoid the image looking overprocessed, but this doesn’t appear often enough or strongly enough to constitute a major issue.

Our main problem with the 65X8505’s pictures is that while in some ways Sony’s latest 4K UHD upscaling engine is the best we’ve seen, at times it can be over-eager giving upscaled images a noisy, speckled look. This is especially true if a non-4K source is naturally quite grainy.

This seems surprising given the previous effectiveness of Sony’s picture database system to sensibly identify and adjust to different types of content. However, it’s at least a failing you rectify with some manual tweaking of features in the TV’s Clarity menus. 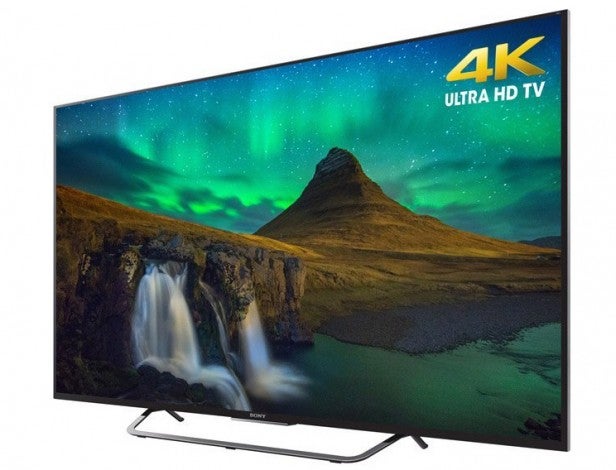 An issue that you can’t so readily workaround is backlight flaring. When there’s a fade to black followed by a bright shot, you can clearly see the set’s backlight apparently turn off and then surge back on with a pronounced flash before settling down to stability again.

Although this occurs only when the Advanced Contrast Enhancer (ACE) is active, we’d argue that the amount of grey that creeps into dark scenes with the ACE system turned off means you have to at least use it at its Minimum setting – backlight flares or no backlight flares.

Of course, complete fades to black are rare in the context of your overall TV viewing time. Nonetheless, it’s another odd trap for Sony to have fallen into given that this “light off, light on” problem has been a non-issue for the company in previous TV sets.

The 65X8505C’s black-level response and contrast aren’t as impressive as those of the 75X9405C -– a fact which proves the worth of the latter’s X-Tended Dynamic Range Pro technology. There’s also a little crushing out of detail in the very darkest parts of the image on the 65X8505C, which wasn’t an issue for the recently tested Panasonic TX-55CX802, for instance.

A few other issues that we should mention are that the set’s viewing angles seem limited – even by LCD standards. Colours start to lose saturation from no more than around 30 degrees down the TV’s sides. The image also looks noticeably less bright in the TV’s corners than it does elsewhere when you’re watching a really bright shot, leading to a slight vignetting effect.

Used as the main TV for the review period
Tested for more than a week
Tested using industry calibrated tools, discs and with real world use
Tested with broadcast content (HD/SD), video streams and demo discs
Previous
Sony KD-65X8505C Review Next
3D, Sound and Conclusions Review