Sony delivers the world’s most compact full-frame camera with interchangeable lenses, and does so without making significant concessions to performance or features. The Alpha 7C is yet another technically adept, feature-rich E-mount model from the company, and while it doesn’t hit the video highs of the A7S III or offer the sheer photographic mastery of the A7R IV, it isn’t a slouch in any department.

Sony’s A7 line of mirrorless E-mount cameras has long been a popular choice for those seeking the benefits of a full-frame sensor, but one of the main trade-offs for that has always been portability: full-frame sensors are bigger, so full-frame cameras have to be bigger than cameras with smaller APS-C sensors. Step in the Sony A7C.

The Sony A7C, the range’s latest addition, changes all that. It’s the smallest and lightest interchangeable lens full-frame camera around. It’s more akin to an APS-C model for portability – and, at first glance, Sony doesn’t appear to have sacrificed a great deal to get there.

The A7C can record 4K video at up to 30fps, 1080p video at up to 120fps and shoot stills at up to 10fps. It comes with 5-axis in-body image stabilisation, an OLED viewfinder and a multi-angle touchscreen, plus it uses the same impressive hybrid autofocus setup as other recent A7-series models.

On paper, it seems like a win-win solution, especially since it comes in at the cheaper (relatively speaking, of course) end for A7 series cameras. But let’s take a closer look before coming to any conclusions and see if this deserves a spot in our best camera round up.

Without a lens attached, the A7C weighs a shade over 500g and measures a trim 124 x 71.1 x 59.7mm. While that’s a little bulkier than the average APS-C mirrorless camera, it’s tiny by full-frame standards. And, for my money, the only real casualty of this downsizing is the slightly poky viewfinder, which feels squeezed by the new rangefinder-style shape.

There’s no pop-up flash either, which probably won’t be missed by too many people. A multi-interface hot shoe up on top supports external flashes and other add-ons, including Sony’s nifty digital microphones.

Those who prefer a classic DSLR shape might also lament the lack of a huge ergonomic grip for their right hand, but I found the Sony A7C perfectly comfortable to hold for long periods – even with Sony’s bulky 24-70mm G lens attached. With a smaller lens, such as the compact 28-60mm zoom (available in a kit with the A7C body), everything feels nicely balanced and startlingly lightweight for a full-frame model.

The physical control count is kept lean. On top, there’s a PASM mode dial (with dedicated video, slow and quick and auto settings, plus three customisable modes), an exposure compensation dial, a good-sized video stop/start button and a shutter button that sits on top of a power switch.

At the rear you’ll find a thumb wheel for adjusting settings, cursor controls and some other basics, plus a menu button above the screen. I’d rather have the menu accessible with my thumb when I’m holding the camera, plus a second adjustment dial on the front of the grip, but aside from that it all works well. 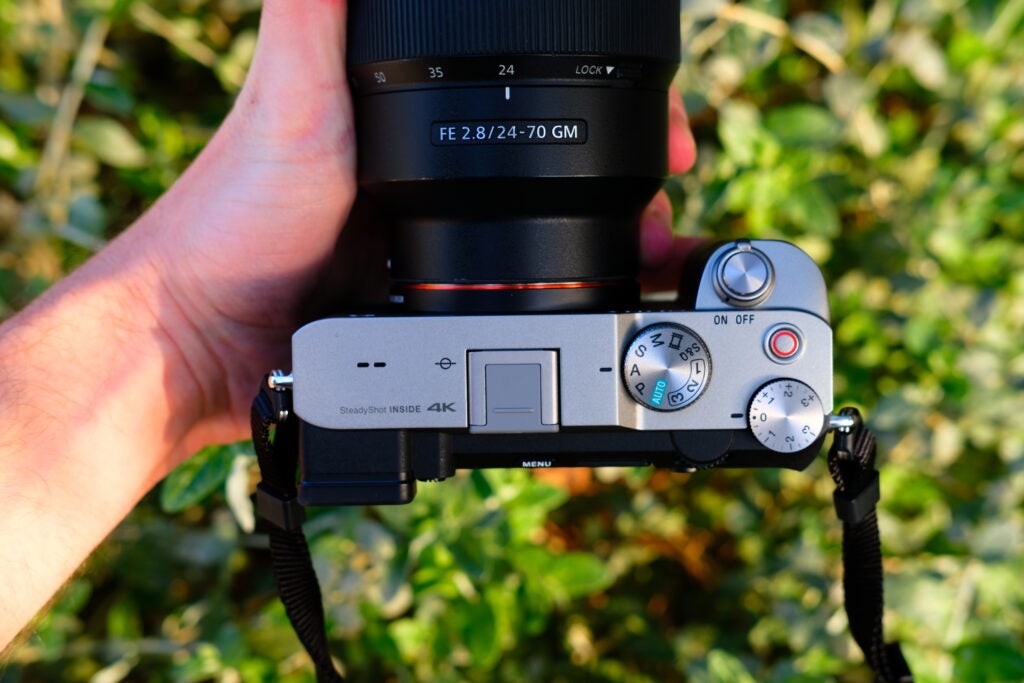 The camera is weather-sealed and sturdy, making it suitable for outdoor use, and its ports – concealed behind waterproof flaps – are thoughtfully placed.

For example, with the microphone port in use, the flip-out screen is still perfectly visible from the front. Another flap conceals the single SD card slot, while the final opens to reveal a micro-HDMI output, headphone jack and USB-C port, the latter of which can be used for in-camera charging of the battery as well as data transfer.

As mentioned above, the electronic viewfinder is quite small, especially when compared to the large units used on most A7-series models. Given the size of the camera, I think it’s a trade-off most buyers will be happy to live with. In practice, I found its small size to be a problem only once or twice on very sunny days, when some light leakage made the OLED display a little indistinct.

I have no complaints about the screen. The A7C is only the second A7-series model to come with a true vari-angle screen that’s able to face forwards (the other being the A7S III), which will make it far easier for vloggers and selfie shooters to keep themselves in the frame. You can also tilt the display up or down – handy, when composing shots at tricky angles. 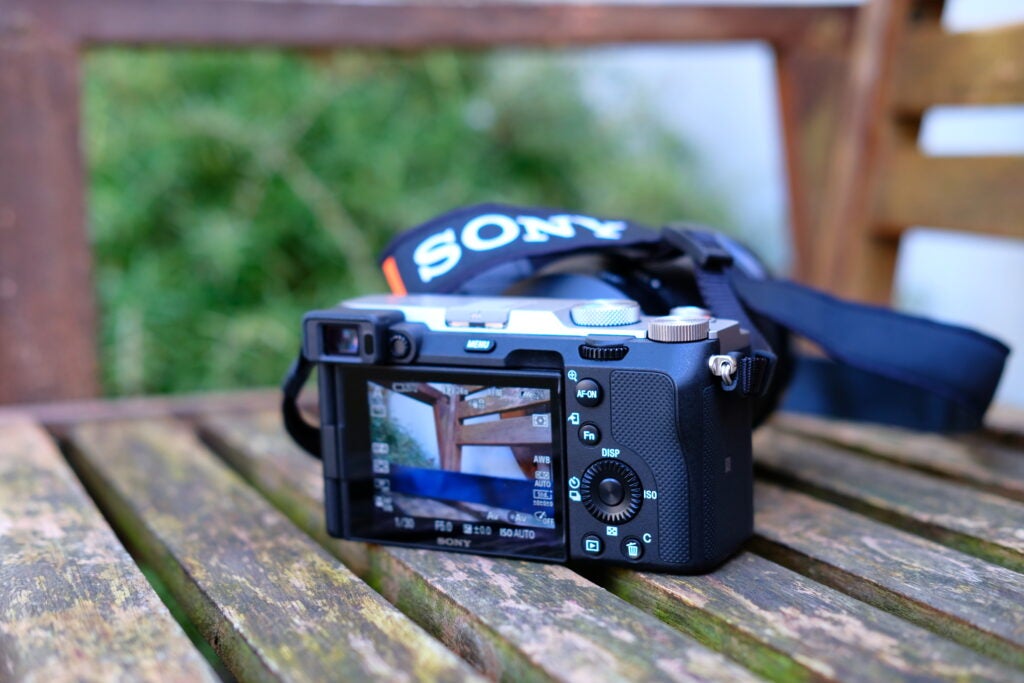 The screen is touch-sensitive, but the touch controls are surprisingly limited

The screen is touch-sensitive, but the touch controls are surprisingly limited. You can’t really change settings or browse the menu using your fingertips – just tap a point on-screen to select the focus area. That’s a useful feature (probably the main reason to use touch on a camera, in fact), but you could be forgiven for expecting a bit more.

With 5-axis in-body image stabilisation and Sony’s oft-lauded hybrid autofocus system on board, the A7C is amply equipped for everyday shooting.

The image stabilisation works with any attached lens and gives a noticeable stability boost when shooting handheld. Vloggers who like to walk and self-shoot will benefit further from the built-in gyroscope that embeds motion data in videos, allowing the user to stabilise them post-production.

You’ll need to use certain shooting parameters for this, as well as download Sony’s free Catalyst Browse desktop app, and it will require a small crop to the frame – but it’s brilliantly effective. I’d go so far as to say it approaches the effectiveness of using a gimbal while involving a lot less awkward setup.

The autofocus boasts superbly accurate tracking capabilities for moving subjects, as well as excellent eye- and face-tracking – another reason for vloggers to get excited. When filming a human (or pet), the camera is able to constantly adjust itself to keep the subject in crisp focus (lens permitting), even when that subject is roaming around or moving backwards and forwards within the frame. In general, it’s among the fastest, most accurate and most heavily customisable autofocus setups around.

Most people want a full-frame sensor for its benefits to image quality. A bigger sensor means a greater surface area to absorb light, which means better low-light performance than an equivalent APS-C, Four-Thirds or Micro Four-Thirds sensor, and there are differences to bokeh and dynamic range too. And it’s clear that the A7C makes good use of its full-frame sensor on viewing its JPG photos, a few of which you’ll see below. 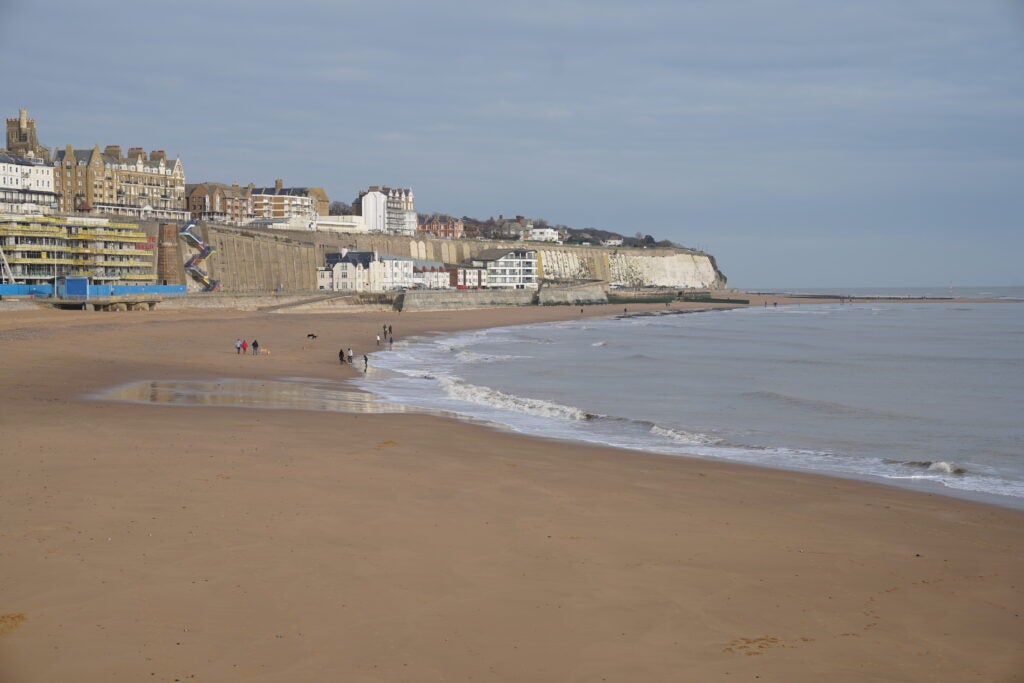 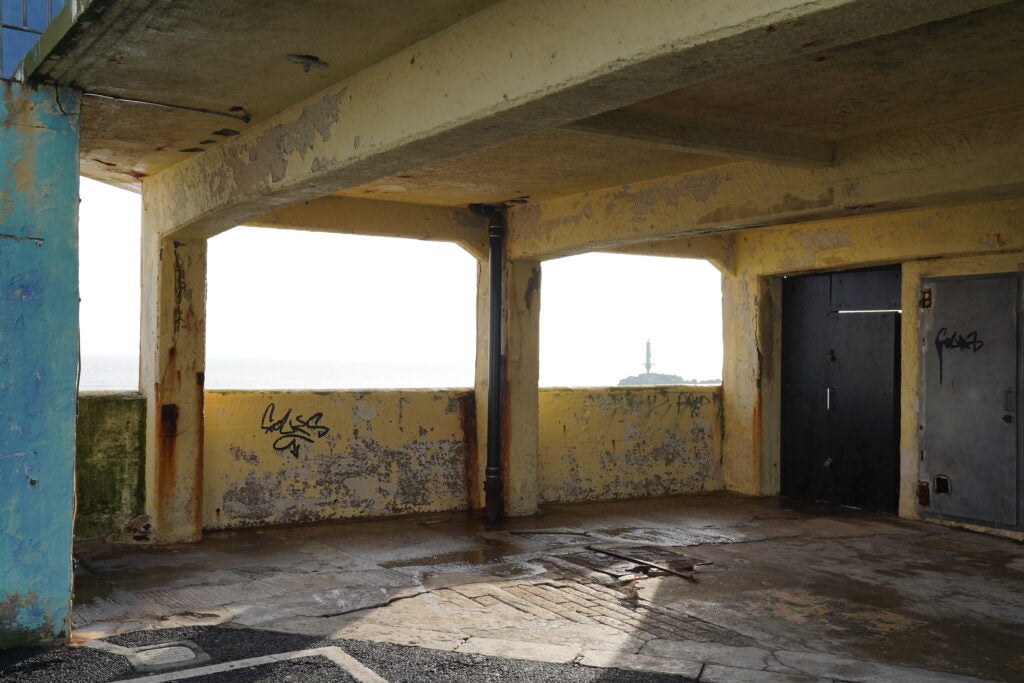 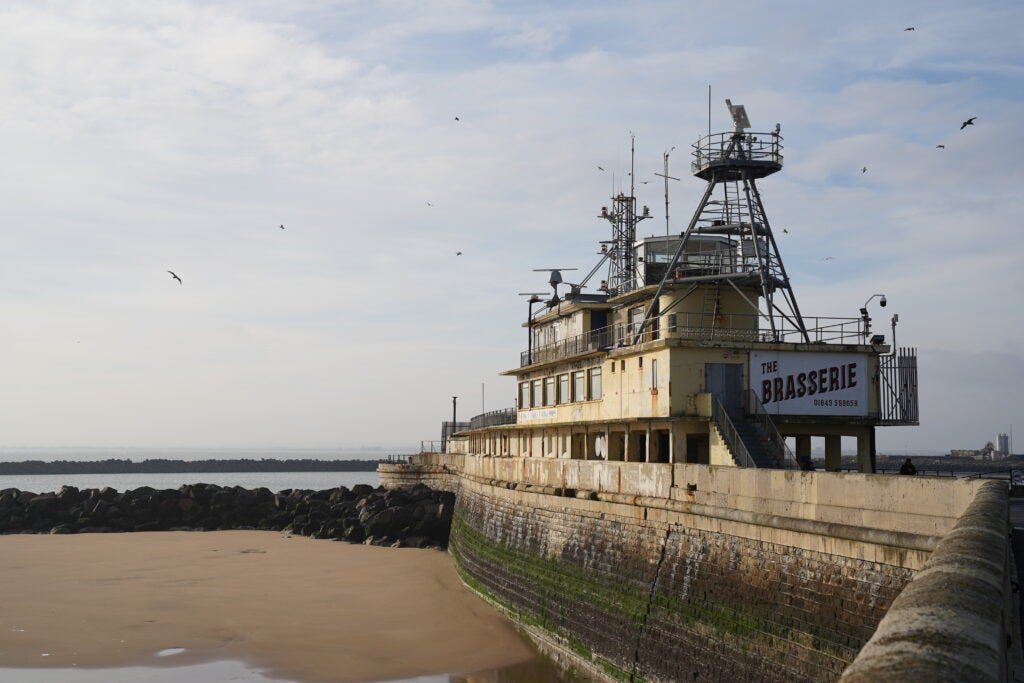 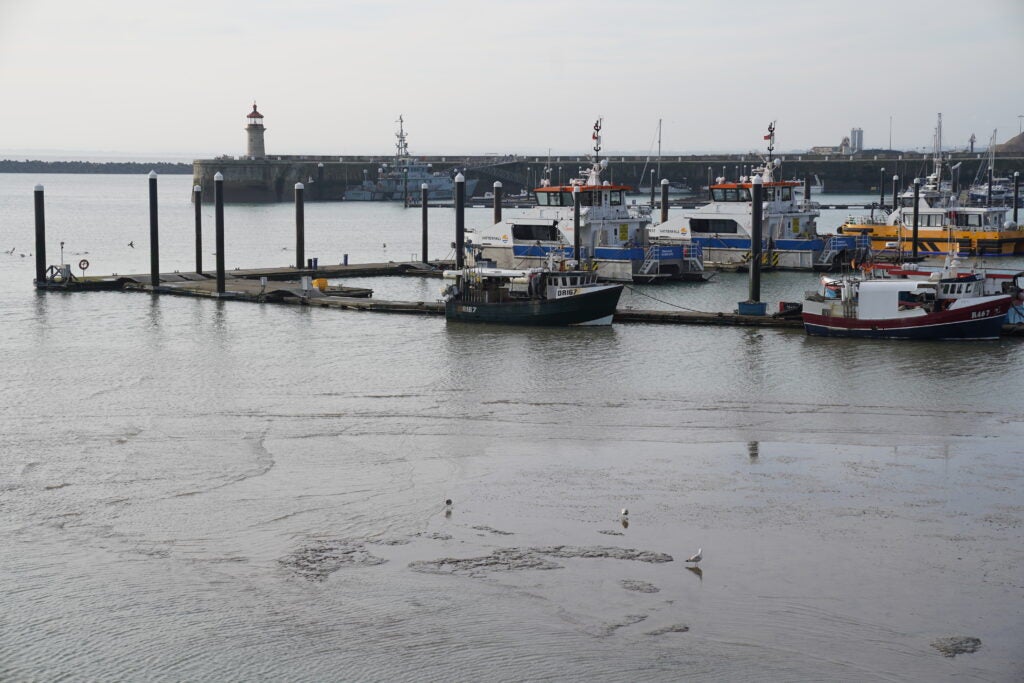 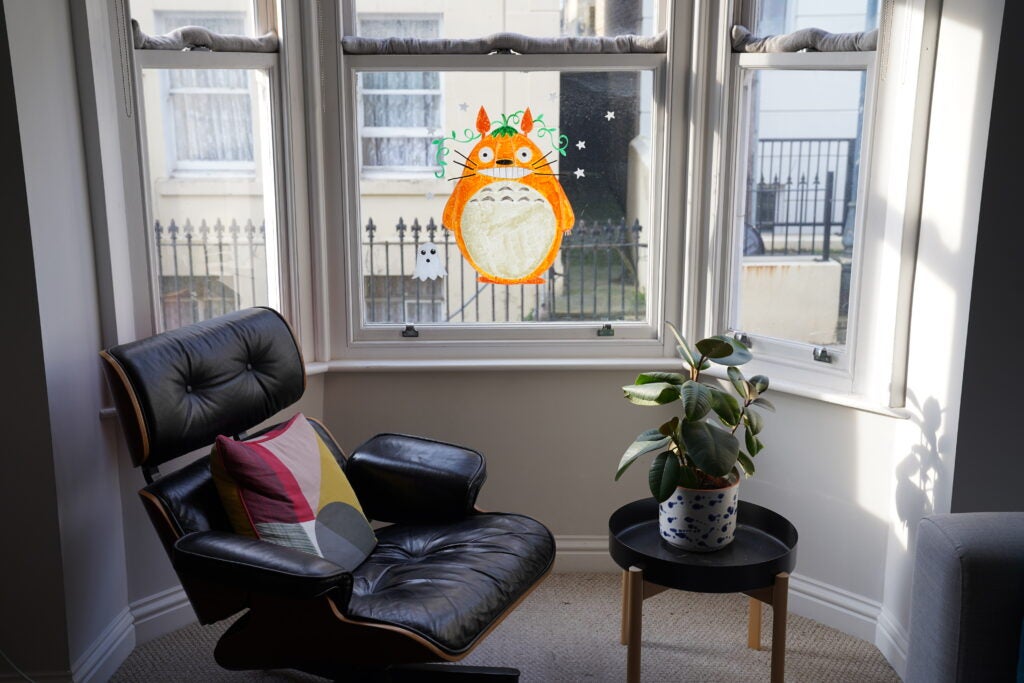 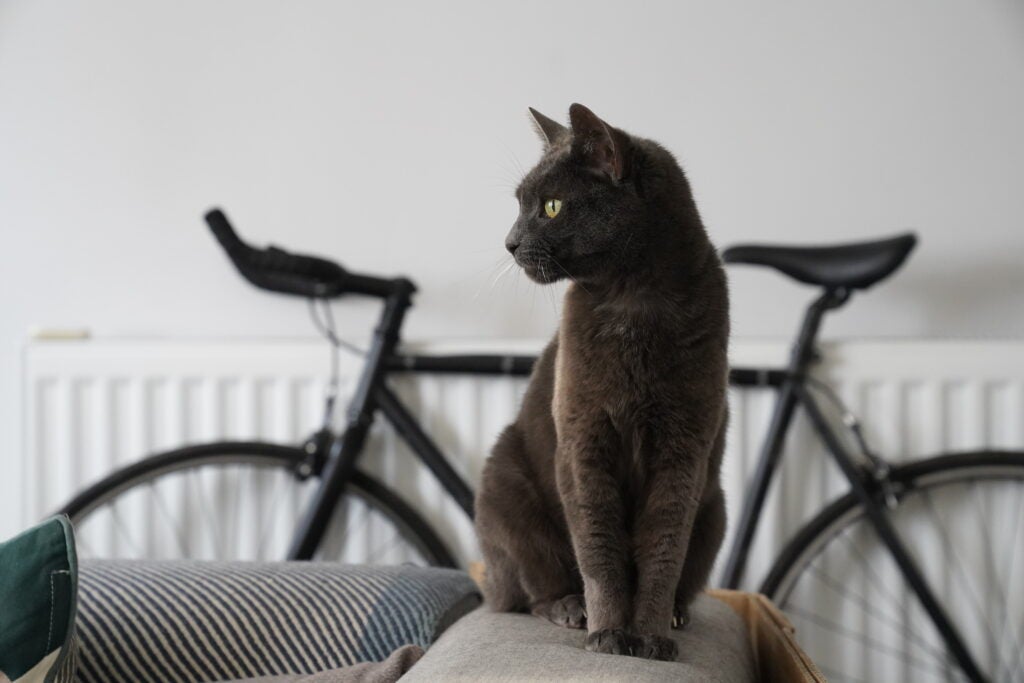 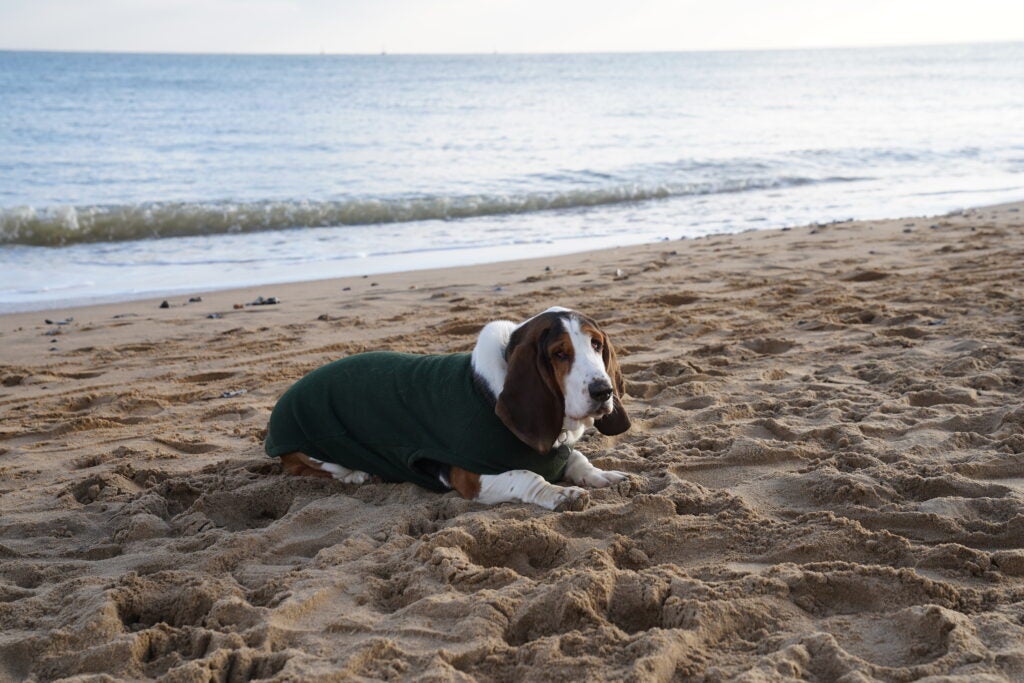 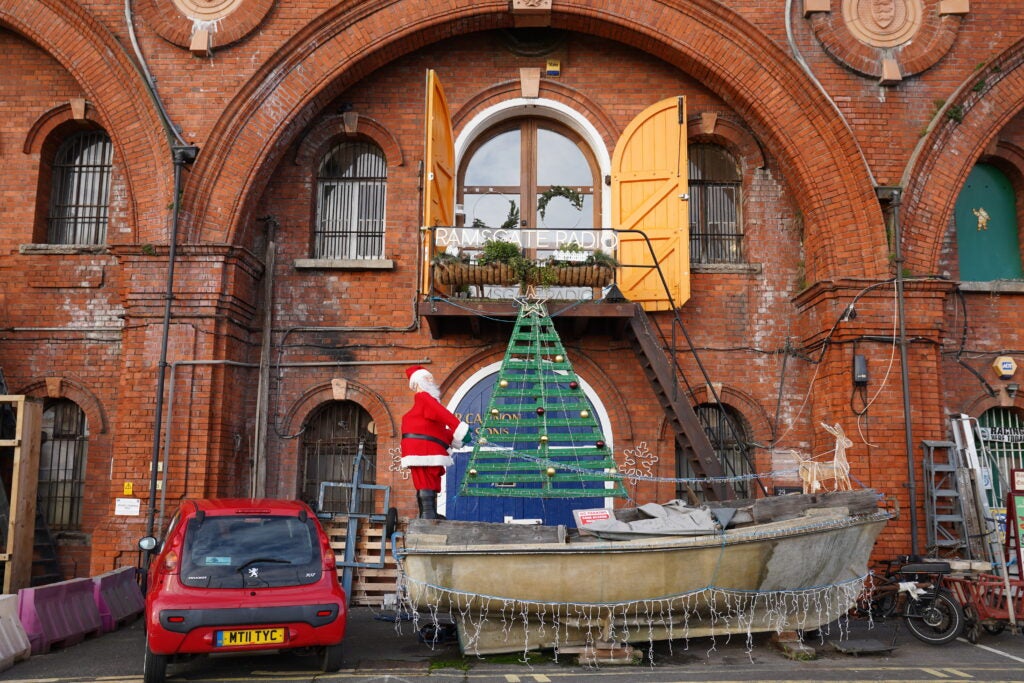 With Sony’s colour science seemingly improving all the time, you can achieve great images with the A7C with minimum fuss. But you can also shoot photos in RAW or video in a wide range of picture profile modes (including S-Log2, S-Log3, Cinema and Hybrid Log Gamma) for lots of editing potential post-production.

I was a little disappointed that I couldn’t capture 4K videos at 60fps, or even faster for slow-motion playback, having enjoyed doing so on the Sony A7S III recently. However, given the A7C costs half the price of that camera, I’m really just being greedy.

Other things to note are the camera’s great battery life, which lets you take over 700 photographs or record 200 minutes of video on a charge, and the UI, which uses Sony’s somewhat complicated “old” layout rather than the slicker revamped menu setup of the A7S III. Given that the A7C came out after the A7S III, it’s a shame the company opted for the older, less streamlined interface.

You should buy the Sony A7C if…

While the A7C isn’t the most technically advanced or high-performing of Sony’s full-frame mirrorless models, it’s noteworthy in its own way. To fit a full-frame sensor in a camera body this compact isn’t just an impressive technical feat, it’s one with clear practical advantages.

Given the solid all-round image quality, excellent autofocus and image stabilisation, it’s easy to recommend this camera with few reservations.

You shouldn’t buy the Sony A7C if…

The Sony A7C has a rather tiny OLED viewfinder, especially when compared to the large units used on most A7-series models. Given the size of the camera, I think it’s a trade-off most buyers will be happy to live with but it’s worth taking into consideration.

I was a little disappointed that I couldn’t capture 4K videos at 60fps, or even faster for slow-motion playback. You’ll want the pricier Sony A7S III for that.