The A6600 has plenty of enticing features, but it's let down by disappointing body design. It's a good choice for those who shoot a lot of sports and action, but there are plenty of rival models that are also up to that job. It’s also just a little too similar to its predecessor to draw too much enthusiasm for the extra outlay.

Sony’s cameras are split into full-frame and APS-C offerings, with both lines sharing the same E mount for its lenses.

The A6600 follows on from the A6400, taking its place right at the head of Sony’s APS-C lineup, making it the most advanced “enthusiast” camera you can buy from the brand. Using some of the same key specifications from its predecessor, including the 24.2-megapixel sensor, it also comes with a few tweaks to make it more appealing to those with more money to spend.

Improved battery life, the addition of in-body image stabilisation and better video specifications are just some of the addition. So is there enough here to tempt users away from their existing setup, or indeed from other models in Sony’s lineup? Let’s find out… 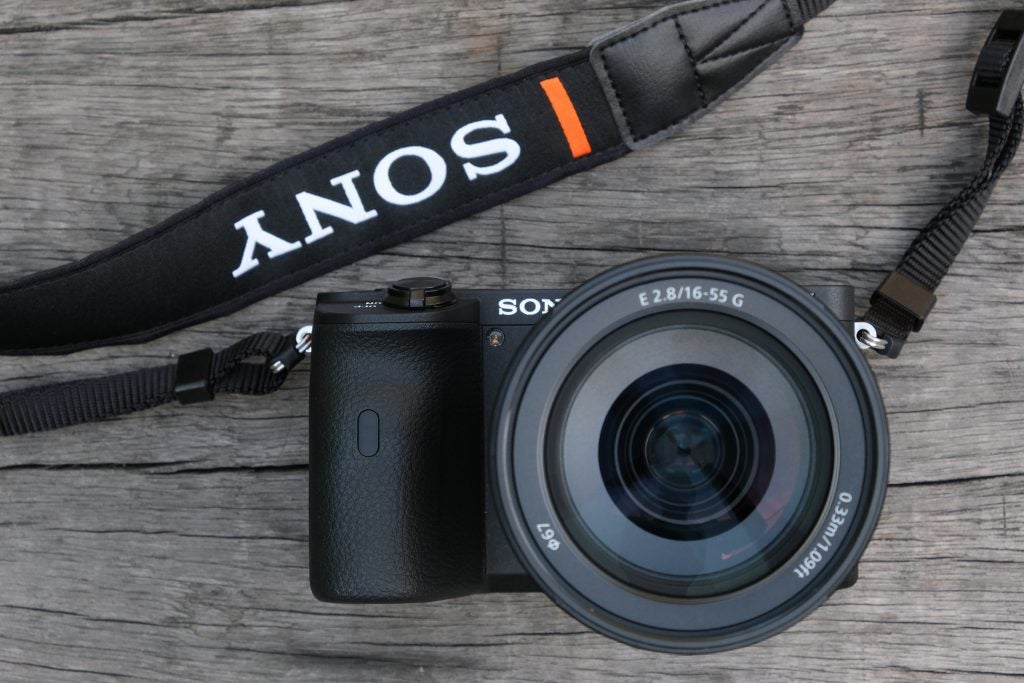 Sony A6600 design – Sony sticks to what it knows

Sony has been using the same type of outward design for its APS-C cameras for some time now, with the A6600 following pretty much the same form factor as its predecessor, the A6400.

How you feel about that is likely to come down to personal preference – but, in general, it isn’t a body design to get overly excited about. The design is flat, with the viewfinder on the left of the body – rather than centralised like it is on most other cameras of its type. In short, it won’t give you the same kind of thrills as a retro beauty such as the Fujifilm X-T4, and it feels less intuitive and pleasurable to hold than the Nikon Z50, for example.

It does have a large grip, however, which is quite comfortable to hold, and helps to accommodate the extra large battery (see Connections and Battery section). Otherwise, there are a couple of dials and a number of buttons. It’s a fairly sensible selection of direct access controls, but the overall the buttons are relatively small and feel a little cramped on the A6600’s small body. The camera is also lacking a joystick for selecting an AF point, which is disappointing in a camera at this price. 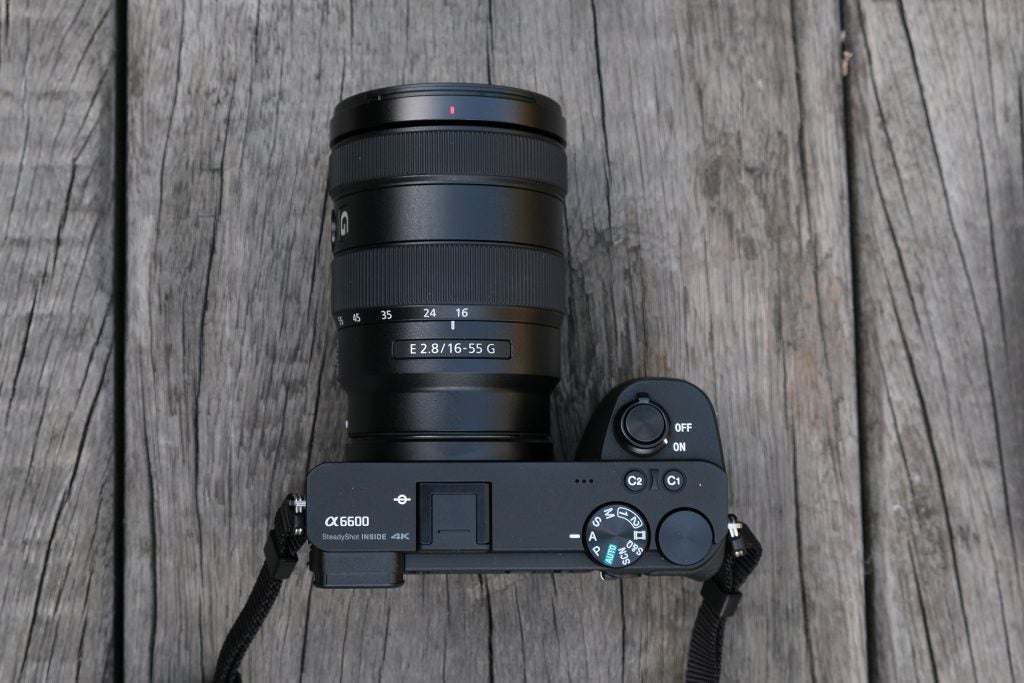 The A6600 has a tilting, touch-sensitive screen. You can position it downwards and upwards, as well as facing it forwards for selfies and so on. Sadly, the screen is on the small side – 3 inches, compared to the more usual standard of 3.2 – and has a 16:9 ratio. If you’re shooting 3:2, the previewed image looks pretty small on that screen. In addition, Sony hasn’t fully implemented touch sensitivity, with some functions such as being able to swipe through images in playback being completely absent.

Meanwhile, you do get an electronic viewfinder, which has been brought across from the A6400. Again, it’s small, but it’s perfectly usable if you prefer to compose your images in this way.

While there are plenty of frustrations to be had with the a6600’s body design, if you’re interested in photographing moving subjects specifically, you might be more forgiving. Sony has excellent autofocus technology, which has filtered down from the top-level pro A9 camera. Naturally, it isn’t as good as what you’ll see in that model, but just how well it manages to lock on to and track moving subjects is still rather impressive.

It can shoot at 11fps – or 8fps, if you’re shooting silently. Sadly, there’s just a single UHS-I card slot, so the buffer tends to fill up quite quickly (116 JPEG shots, 46 Raw). If you time your bursts fairly well then that should be fine, but for unpredictable subjects it’s a little less useful. 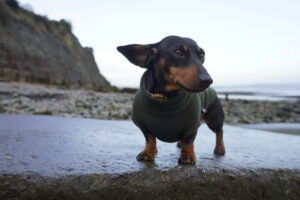 Eye AF is a particularly useful function, picking out either human or animal eyes (although, annoyingly, you have to switch between the two in the main menu) to get them nice and sharp. That said, it appears to ignore the eyes of certain types of wild animals, so wildlife photographers may not find it as useful as pet photographers. Tracking focus also doesn’t work with Animal Eye AF – again, a frustration for wildlife photographers hoping to capture an animal moving in the wild.

Using the same sensor as its predecessor, we didn’t expect too many surprises when it came to the image quality performance of the a6600. Indeed, it can produce some beautiful images with great colours and a good amount of detail.

On the whole, images have a balanced exposure, while the automatic white balance setting does a decent job of keeping colours accurate. Low-light shooting produces some good results, with noise only starting to become problematic from around ISO 6400. 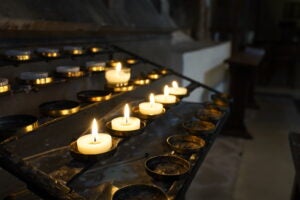 One plus point of using the a6600 over the a6400 is the addition of built-in image stabilisation. That gives you the ability to shoot at slower shutter speeds/lower ISOs than you might otherwise be forced to. So, if you’re someone who does a lot of low-light shooting, it’s something to think about when comparing next to the cheaper a6400.

As standard, the a6600 can be bought with an 18-135mm kit lens, and while you’re not obliged to purchase it with this optic, it’s a good all-round performer that suits a range of different subjects.

Battery life is one of the most impressive facets of the a6600, especially when comparing it to other mirrorless cameras, including its own predecessor. Here, you get an official rating of 720 shots, which is likely to be more in real-world shooting, depending on the type of work you do. It will almost certainly last an entire day of shooting, and it can also be charged in-camera for quick bursts on the go.

Those who like to make videos may be drawn towards the a6600 for a few reasons. It shoots 4K, which isn’t unusual these days, but it’s also supported by a range of useful connections including HDMI-out and an external microphone jack. The tilting screen also faces forward from the top of the camera, meaning you can use it with a tripod to record pieces to camera. 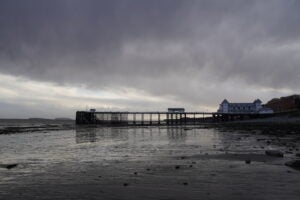 The Sony A6600 shares so much in common with its predecessor, the A6400 (currently on sale for a full £500 less than the a6600), that significant savings can be made if you’re willing to compromise a little.

Those compromises come in the form of a shorter battery life, the lack of built-in image stabilisation, and some video functions such as HDR. For the average user, some or all those won’t be a deal-breaker – and certainly won’t be worth the extra outlay.

There’s also some disappointment to overcome when comparing the a6600 to rival cameras on the market. Having a single UHS-I card slot, an average (at best) screen and viewfinder, and mediocre handling all make other cameras such as the Nikon Z50 or the Fujifilm X-T4 easier to recommend.

That all said, there are of course some positives to the A6600. Autofocus performance for moving subjects is very impressive, while the Sony ecosystem of lenses and accessories is extremely comprehensive. The camera produces good-quality images and video, and has plenty of features for different types of users.