The Fujifilm X-T4 is the brand’s flagship APS-C size mirrorless camera, the latest in a successful line of category-leading bodies.

Sporting a retro film camera design, the X-T4 stands out aesthetically as one of the more attractive cameras in the advanced-pro user market. It looks like a “proper” film camera but it’s packed with some of the most advanced camera technology to be found anywhere.

The timelessly classic style and impressive specs sheet sees X-T4 appeal to experienced amateurs and pros alike. That’s because it doesn’t just look like it’ll do the job, it absolutely will.

The big ticket features of the X-T4 include an all-new in-body image stabilisation system (IBIS), which is rated to allow shooting up 6.5 stops lower handheld without incurring unwanted motion blur. This brings the X-T range in line with the Sony a6600 and Olympus OM-D EM1 III, it previously lacked IBIS. However, the X-T4’s stabilisation surpasses the competition, this boosts its appeal for video creatives and wedding shooters

This camera leads the APS-C top tier in so many categories that it’s hard to make the case for any of the X-T4 rivals. 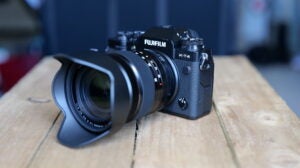 Build Quality and Handling – The X-T4 is a masterpiece

The vintage styling of the Fujifilm X-T4 is a throwback to a time when a camera offered nothing but full manual control. The knock-on benefit of this design choice is that the X-T4 gives you access to all of its functions via its dials, buttons and control stick. Once configured to your shooting style, there’s very little reason to access the settings menu.

In terms of balance and ergonomics, the X-T4 is a masterpiece. It’s centrally placed EVF is sandwiched by two control dials, one for adjusting ISO sensitivity, the other for shutter speed. Below the ISO dial, there’s a drive and picture mode switch. Below the shutter speed dial is a photo to video mode switch.

The top plate is also home to an exposure compensation dial, the shutter button and in front of that is an assignable control wheel within comfortable reach of an index finger. There’s a complimentary control wheel on the rear of the X-T4 as well, just above its protruding thumb rest. Access to AF-On and a Quick Menu is available on either side of the rear thumbwheel. As I said, this thing gives you total physical access to practically all of its controls. 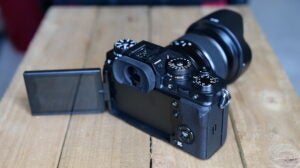 The healthy number of dials, switches and control wheels leaves the rear of the camera relatively uncluttered. Everything is sensibly placed and accessible, without being busy. It’s a brilliantly well thought out approach and makes the X-T4 a joy to use. It also benefits from a rugged magnesium alloy frame with comprehensive weather and dust resistance. Adding IBIS has made the X-T4 68g heavier than its predecessor, but otherwise the dimensions are near identical.

Features and Performance – The X-T4 is feature-packed

Vari-angle screens are becoming standard on hybrid cameras these days and the Fujifilm X-T4 stays on trend with a 1,620k-dot 3.0-inch LCD touch screen. It has a 3:2 aspect ratio and is noticeably smaller than the large 3.5-inch screens found on a couple of the lower-tier Fujifilm cameras. Having a fully articulated screen helps for composing self-portrait images and capturing vlog content.

Although it could be bigger, 3.0-inches is pretty standard and this one does a good job displaying the scene ahead with enough contrast and detail to use it under bright sunlight. But if you want the best view for taking your shots, you’ll want to take advantage of the X-T4’s 0.5-inch 3,69m-dot OLED viewfinder. It covers 100% of the frame and provides a crystal clear view for composing and reviewing your images. 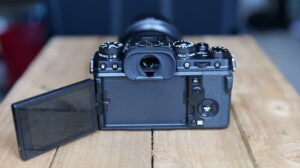 A couple of the criticisms I had with the X-T3 was its battery performance and autofocusing. They didn’t match expectations, particularly when shooting video. The X-T4 addresses both of these points resoundingly. Firstly, the new camera gets a new NP-W235 battery, rated to 500-600 shots per charge. It’s physically larger and delivers an almost 30% improvement over its predecessor.

Then there’s the revamped autofocusing system, which enables improved face detection and eye AF to a level one could only have dreamt of from the X-T3 before its most recent firmware update. Paired with more recent X lenses like the XC50-230mm II or Fujifilm XF16-55mm, focusing is fast and tracking performs consistently. AF is a little slower with older lenses, but that’s to be expected. If you know your subject well, it won’t take long to get the X-T4 to nail winning shots at its blistering 15fps burst rate. The only thing I’d flag here is that the X-T4 doesn’t have the largest buffer. However, it does have two UHS-II compatible SD card slots. So if you’re going to be rattling off frames at a high rate, use a compatible card and you should get about 50-60 full res JPGs before buffering slows you down. More than enough for most applications. 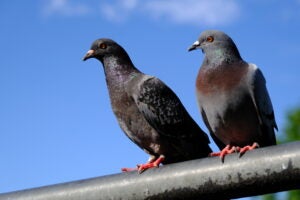 Depending on the lens you pair with the X-T4, you may struggle to get quite as much as 6.5 stops of image stabilisation, but it’s definitely impressive. Handheld in lowlight, I could capture shots with a shutter speed as low as 1/10th of a second comfortably, which is impressive. It also delivers smooth footage when capturing videos handheld, with not too much wobble. If handheld run-and-gun filming is your thing, you’ll be able to get cinematic clips handheld with the X-T4, no gimbal, no problem. Only Lumix S cameras and GH5 can deliver more stable handheld footage.

Image and Video Quality – What more could you ask for?

One of the USPs of Fujifilm cameras is their range of beautiful film simulation modes. And a new one has been introduced alongside the X-T4; ETERNA Bleach Bypass cinematic. The new film mode gives a muted feel that drops saturation in favour of increased dynamic range. 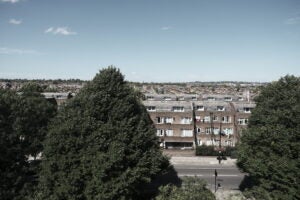 Fujifilm’s film simulation modes are the only in-camera picture styles I would recommend anyone actually use from any camera system. They’re the closest thing to shooting on film without grabbing a medium format camera or actually shooting on film. In terms of image quality, Fujifilm cameras produce the best-in-class JPEGs at every price point, up to £2000. The X-T4 is no exception in this regard. Every frame is rich in tone and detail, whether shooting in good light or low light. 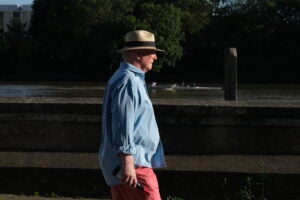 Fujifilm has also focused on the little things like enabling the X-T4 to remember its settings when you switch between photo and video modes. This means if you switch to grab a couple of shots during some action, you don’t have to reset your shutter speed for example. It might seem minor, but it makes a big difference in everyday use.

Should you buy the Fujifilm X-T4?

Fujifilm is king when it comes to APS-C, the X-T4 is this generation’s camera to beat in this camera class.

If you need more convincing, what is it you’re looking for? The Fujifilm X-T4 has a tough, metal body, with weather sealing and a large battery. It has dual UHS-II card slots, handles like a dream with full manual controls that are placed to near perfection and has timeless good looks. Externally there’s only one thing missing: a dedicated headphone input. But you can monitor audio with headphones via the USB-C input and an adapter, problem solved.

Nitpicking, I wish the X-T4 came with an external battery charger, I don’t always want to charge my batteries in camera and it’s an inconvenience if I’m working on set and have multiple batteries. But even that’s not an issue with the camera itself, that’s just a poor business decision on Fujifilm’s part.

I love the pictures that this camera produces, and it is so versatile that I would comfortably deploy it to any possible photographic assignment. As for video, it can be used to capture some beautifully cinematic shots, whether handheld or on a gimbal. And the inclusion of F-log and Film Simulation modes offer a range of creative options.

There’s no such thing as a perfect camera, but the Fujifilm X-T4 comes close.