Using ultrasonic waves to clean, the Sonic Soak can tackle a range of cleaning jobs from clothes to pans. We found that it was particularly effective at cleaning clothes, making it a great choice for those travelling that don't want the expense of hotel laundry. While the Sonic Soak made some difference to our cast iron frying pan, it can't work miracles and there are some jobs where this product is too fiddly to use.

If you travel frequently, the question of how to deal with dirty clothes will be familiar. Sonic Soak could well be the answer. It’s a tiny, portable cleaner that uses ultrasonic waves to remove dirt from fabrics. Actually, it isn’t just fabrics; the Sonic Soak can also be used around the house for cleaning everything from jewellery and razors to fruit and silverware.

It’s simple to use and can be effective with certain items. However, the relatively small cleaning area it’s able to handle means that you won’t be able to tackle all of the jobs that you might want to.

Sonic Soak design and features – Easy to set up and use

The Sonic Soak is comprised of two parts. The rather uninspiring and cheap-feeling control unit plugs into a power socket and provides control over the cleaning cycle. Connected to this by a captive cable is the ultrasonic cleaning head, which is sealed so as to be waterproof. 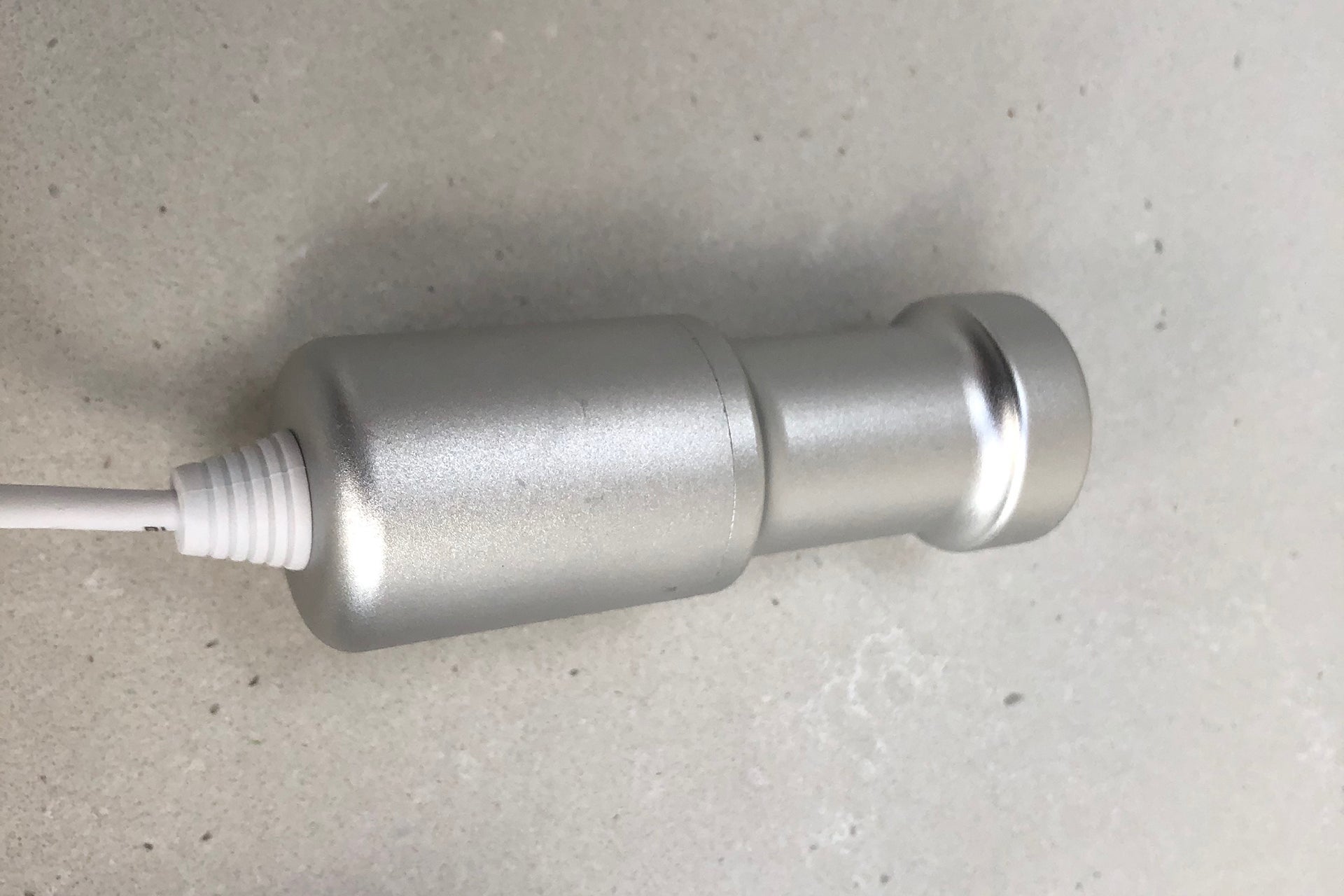 Via the control unit, you can use the onboard controls to turn the device on or off, and to set the run-time in seconds. There are four run-times available going up to 720 seconds. I’d have preferred the display to show a mix of minutes and seconds, since it’s easier to understand, particularly when the accompanying manual gives recommended cleaning times in minutes.

With the Sonic Soak turned on, it starts to work its magic. The system works by using ultrasonic waves to generate microscopic cavitation bubbles, which implode and generate pressure that displaces contaminants. The system is super-quiet, although you can hear a gentle buzzing while it’s on.

How well the Sonic Soak performs will largely depend on the type of mess you’re having to tackle, and how long it’s been there for. I started by testing with a fabric bag, which had suffered from a fruit pie leaking juice out all over it. 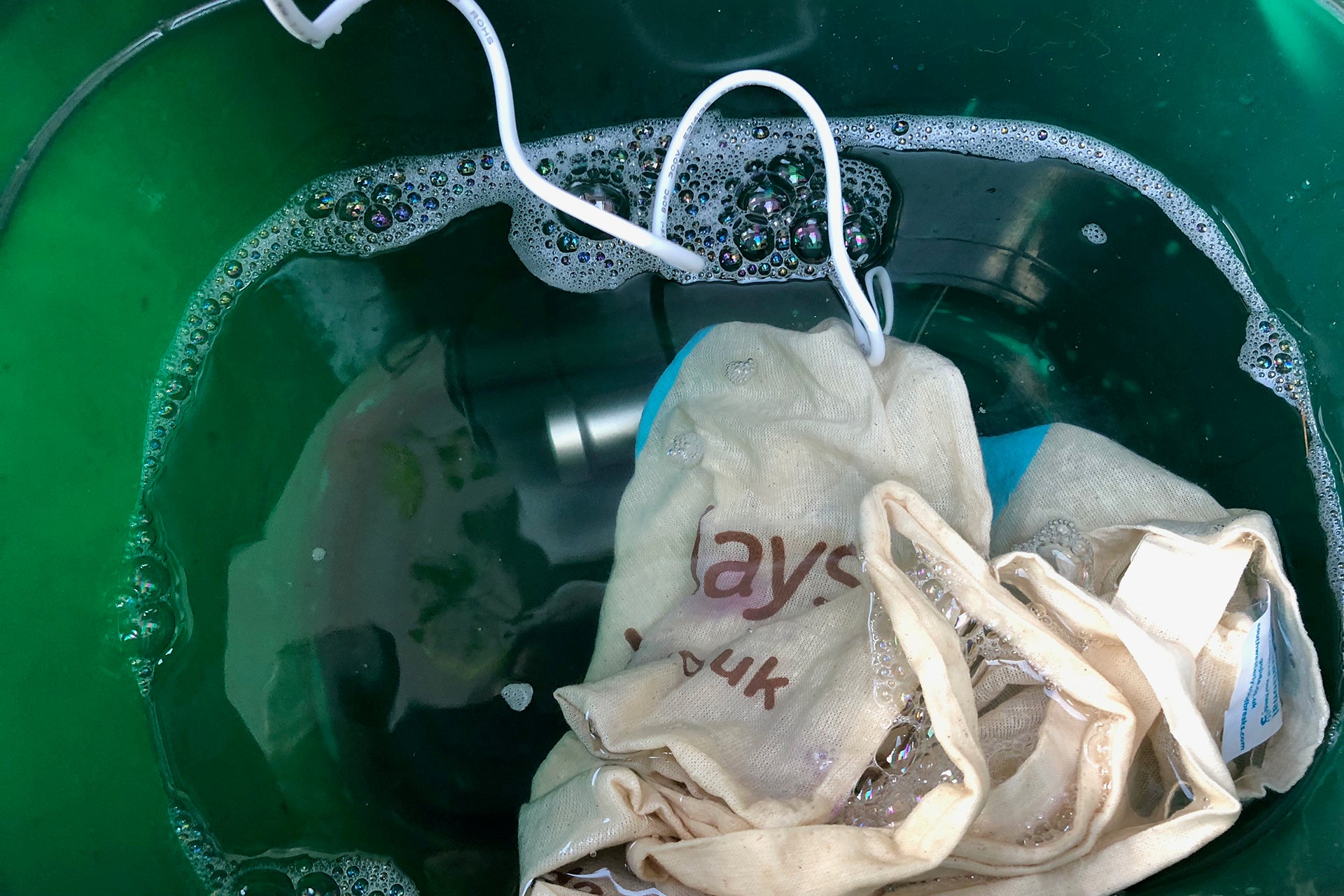 A bit of detergent can help with the cleaning process

As you can see from the before and after images, the bag went in with a large stain – but following a 720-second burst of cleaning delivered by the Sonic Soak – and some hand-wash detergent – it came out completely stain-free. 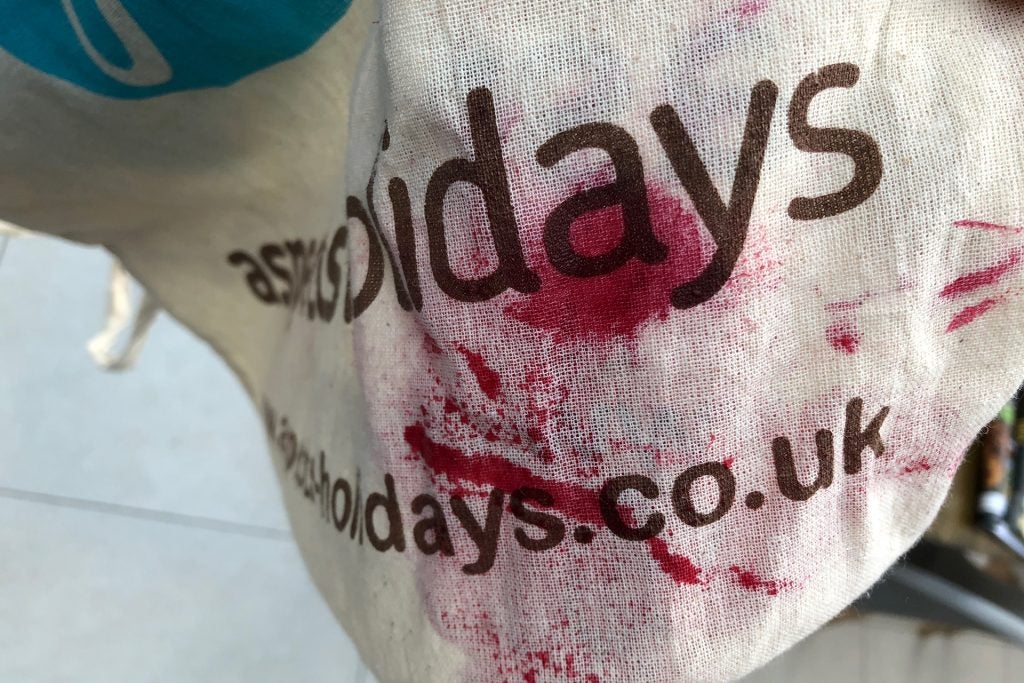 As such, the Sonic Soak is a handy tool for travellers; if you know you’ll need to clean clothes on the go and want to avoid paying hefty hotel fees or visiting a laundrette. It won’t replace a washing machine for larger loads, but for the occasional wash of a smaller number of items, it works well.

Next, I tried the Sonic Soak on something far tougher: a cast iron pan that’s seen years of abuse on a gas hob, burning a solid black mess onto the originally blue pan. Here, after two 720-second bursts, there was some minor difference in the appearance of marks, but the pan still remained dirty. Using a brass scrubbing brush proved more effective. The best results were seen in the area of the pan that sat closer to the ultrasonic head. 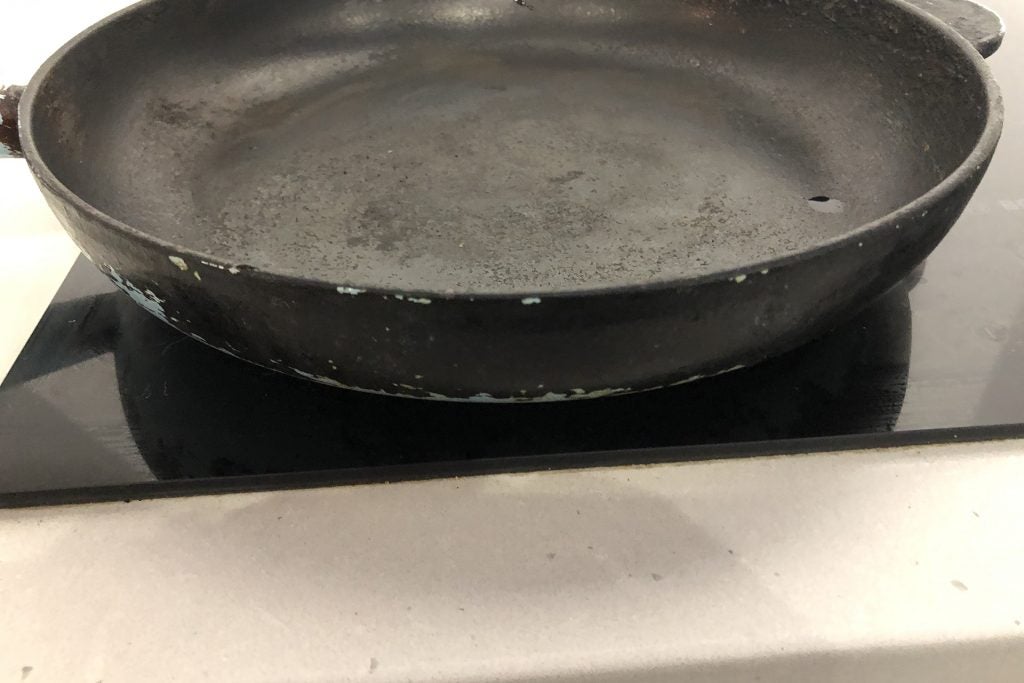 Then, there are jobs for which the Sonic Soak is really too fiddly. If you’re going to eat fruit, do you want to fill a sink with water (a massive waste), plug in and run the Sonic Soak; or would you rather give it a quick wash under a running tap?

Should I buy the Sonic Soak?

When used in the right circumstances, the Sonic Soak is a clever tool that works well. In our clothes test, for example, it easily shifted the stain, making it a great tool for the frequent traveller. Tougher, ingrained stains proved more difficult.

Nevertheless, this doesn’t take away from the fact that on the right type of product the Sonic Soak works brilliantly, is super-light and practically silent.