I don’t think anyone is entirely sure why Shaq-Fu has returned to the world of video games. First released way back in 1994 when it appeared on the SNES (and other consoles from around the time), the idea was simple: Take basketball superstar Shaquille O’Neal, mix that with the fighting genre, and watch the money roll in. After all, Shaq was a huge star; everyone loved Street Fighter. Why not push those ideas together and see what came out the other side? Unfortunately, what was produced is widely renowned as being one of the worst games ever.

Over the years, however, the original has become somewhat of a fan favourite to the point A Legend Reborn was greenlit through the power of a Indiegogo campaign. Now, in 2018, we have it on the Nintendo Switch, Xbox One, PS4 and PC.

The first thing that’s worth noting is that this isn’t another fighting game rip-off. Instead it goes the side-scrolling beat ‘em-up route. That’s a smart move in many ways as it’s allowed Saber Interactive to keep proceedings rather simple. The ex-NBA player will be attacked by numerous enemies as he walks through different environments while you enjoy a multitude of attacks to do away with said foes. It’s as easy as they come and, for the most part, not half bad. 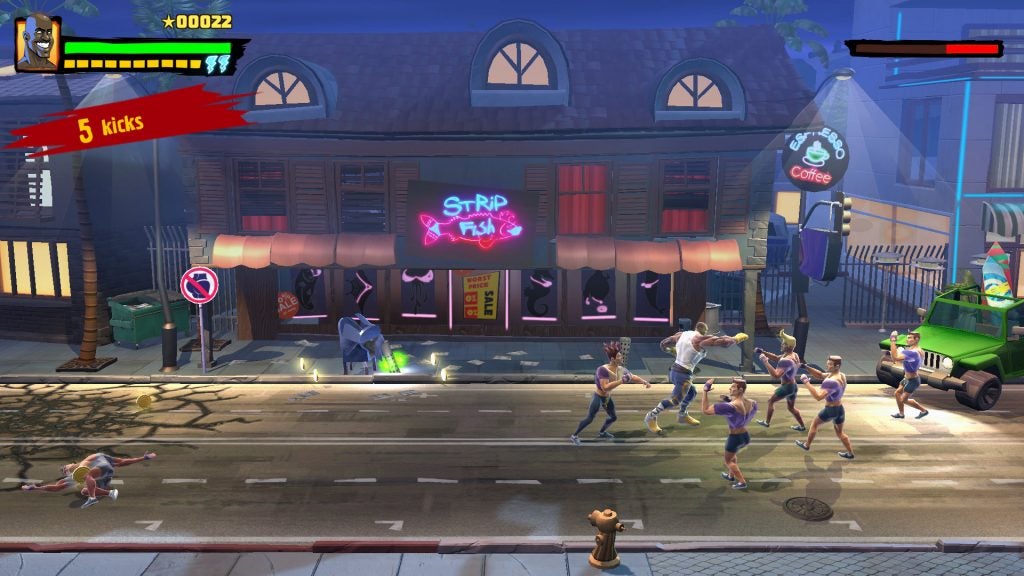 You’re never doing much more than punching and kicking, but small touches such as being able to boot your rivals straight towards the screen (think Teenage Mutant Ninja Turtles: Turtles In Time) remains as satisfying today as it did back then. Every blow feels like it really connects, and although this isn’t going to be a title you play for hours it can be fun should you like the concept, or just get taken in by the sheer lunacy of it existing to begin with.

There’s different enemy types and boss encounters to keep events well paced, and the new attacks introduced to you as you march forward are imperative if you want to succeed. It’s as ‘video game’ as video games come, designed to keep your brain occupied for a few hours on a Sunday as you try not to worry about work. If you’ve only ever played one beat ‘em-up in your life, then you already know what’s here – it’s been developed with familiarity in mind.

However, that’s not to say there aren’t a couple of issues we need to point out. The first is that the decision to not include a co-op mode is criminal. It’s entertaining enough to walk around as Shaq and slap people right between the eyes, but the real joy would’ve come from being able to do it with a friend. Not only would that have negated the repetitiveness that can creep in, but almost every game of this ilk in the modern day offers it. It’s strange it wasn’t considered here and the omission drastically reduces its longevity. 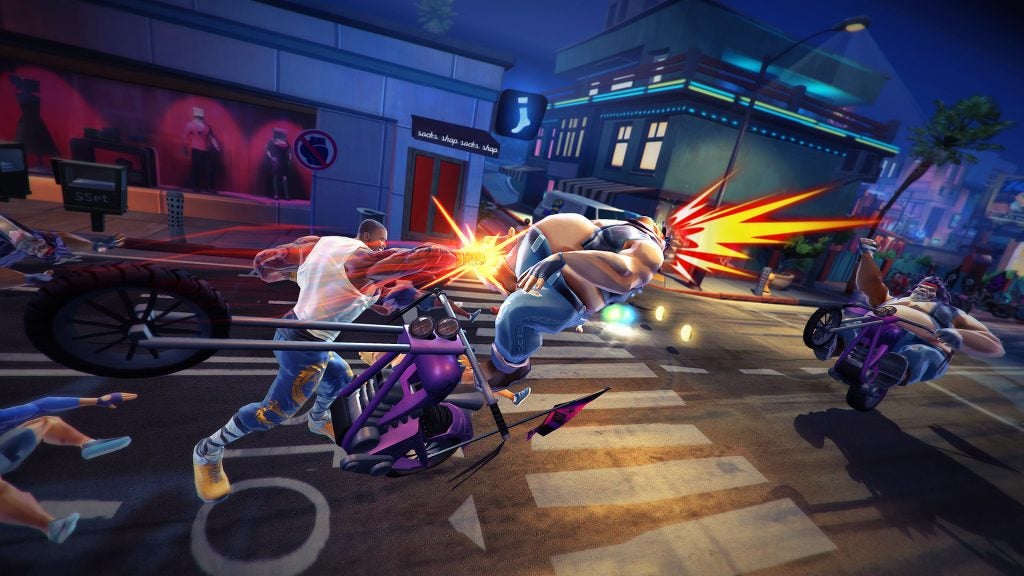 Shaq-Fu is a very by the numbers experience which looks pretty enough to justify its place on your modern day console without ever doing a thing to stand out long term. It’s always nice when games come along which take a nod to the past – we could do with more entries within the genre – but they also need some sort of updated sprinkles – A Legend Reborn is lacking in that regard. It ticks the boxes, unlocks a few more difficulty settings when you’ve been through it once, and will soon fade into the distance as time rolls forward.

Still, there’s clearly a demand for it when you remember this was only made possible thanks to crowdfunding, and I imagine that group will be pleased with the final product. If nothing else, isn’t it pleasant to have Shaquille O’Neal back amongst it all these years later. Deep down I don’t think he had much say in the concept outside of agreeing to his likeness being used, but that’s not something we have to worry about.

So, Shaq-Fu: A Legend Reborn is pretty average all things considered but given what we received over two decades ago, that has to be considered somewhat of a success.

Shaq-Fu: A Legend Reborn takes the beat ‘em up format and runs with it in the same way any game has over the last 30 or so years. It has moments where it’s relatively fun, but you’ll need to be a hardened fan to get the most out of it.