What is the Securifi Almond?

The Almond router is the first product from new networking company Securifi. It has been available in the US since last year, but arrives this month in the UK with upgraded antennas and new firmware. It is the first router on the market to operate via a touchscreen display and it can also double up as a wireless bridge to extend wireless signal from your existing router around the home. 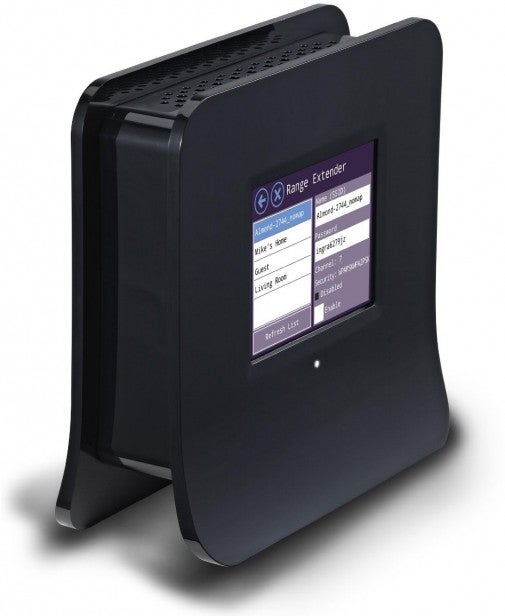 This is not a section we usually devote much time to with routers, but the Almond is different. Most manufacturers produce dull slabs in the hope you won’t notice them, but the Almond hopes to be front and centre in your living room.

Most obviously it is the touchscreen that grabs our attention. The 2.7-inch, 320 x 240 pixel  display may not match the ultra-high resolution panels we are used to in our smartphones, but colours are strong and it is highly responsive. When not in use it switches off by default, though a nice touch is it can be setup to display the time or weather. This not only makes it useful, but encourages users to display it in a prominent place, which benefits wireless range.

The other key aspect to the Almond is its size. It’s tiny. At just 122 x 109 x 48mm the Almond is one of the smallest home routers we have seen and at a mere 363g it is also one of the lightest. It helps that Securifi hasn’t integrated a DSL modem, but to be fair the vast majority of the routers on the market don’t these days and it enables the simplest setup as they just plug into the router supplied by your broadband provider.

When it comes to build quality, the Almond is less exceptional. It takes the familiar gloss piano black route, which attracts finger prints and dust in equal measure, and like every other router on the market its exterior is plastic. That said its size means the Almond doesn’t feel as hollow as many rivals and while we aren’t into the practice of beating up review samples of networking equipment it appears highly durable. 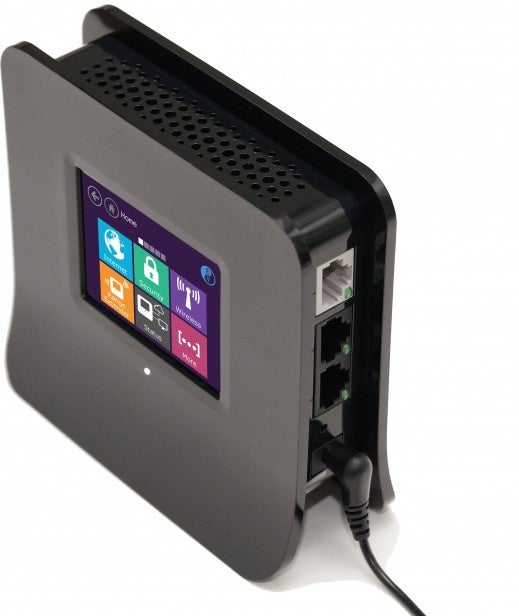 While we will focus on the touchscreen shortly, the most useful aspect to the Almond is its flexibility because it can function as both router and wireless bridge. Consequently those that need a new router can upgrade, but those looking for more wireless range can simply pair the Almond with their existing router and have it beam signal to new parts of the home or office.

That said there are compromises. While the 802.11ac standard is gathering momentum, the Almond is limited to just 802.11bgn over the 2.4GHz band and it only has dual antennas rather than the four and even six antenna arrays we have seen from some models. Consequently the Almond boasts a theoretical transfer rate of up to 300Mbit per second – half many mainstream routers. The fact theoretical transfer rates have little to do with real world performance means it is not a deal breaker.

What may be a deal breaker for some, however, are the Ethernet ports. Whereas router manufacturers have been decried for years for having just four ports, the small size of the Almond means it can only fit three ports and they are 10/100 spec rather than the prevalent Gigabit (1,000 Mbit) standard. If you need a lot of high speed wired connections, this isn’t the router for you.

It also isn’t the router for you if you’re a fan of the Cloud. Linksys’ Connect Cloud, D-Link’s mydlink and Netgear’s ReadySHARE have their detractors, but all enable remote control of the router and/or remote access to local files and media. Control of the Almond is only available when you’re connected to its network.

On the plus side WEP, WPA and WPA2 security profiles are supported along with the expanded IPv6 protocol. Still if this seems somewhat underwhelming, we would urge you look beyond the spec sheet for a number of reasons…