What is the Seagate NAS Pro 4-Bay?

One of the most literal names around gives this device’s game away, but this is Seagate’s big move into the hyper-competitive prosumer space. The NAS Pro line comes in two-, four- and six-bay flavours – we’re looking at the four-bay model. 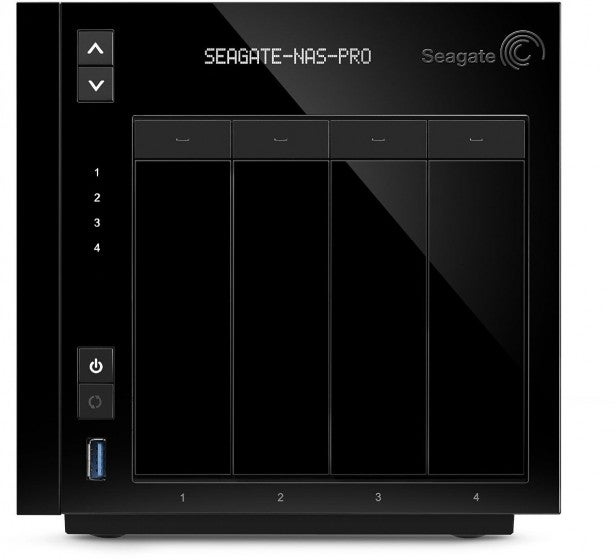 The NAS Pro certainly has a business-like feel to it. The hard angles are at odds with the rounded corners seen on almost every modern gadget, and you can do yourself a nasty injury on them if you try hard enough.

That said, it looks smart. The glossy black fascia contrasts well with the dust- and fingerprint-resistant matt sides, and Seagate’s branding is more subtle than most manufacturers, with just a little embossed logo on the front.

Despite being plastic – like most NAS devices except the ReadyNAS line from Netgear – the Pro 4 is well built and feels extremely solid, despite being fairly compact at 217 x 173 x 172.5mm.

Where Seagate does take a welcome note out of Netgear’s book, however, is by having a monochrome display with simple up and down navigation to read context-sensitive updates, such as firmware upgrades. Most other NAS makers have ditched these displays and it’s nice to see Seagate buck the trend. 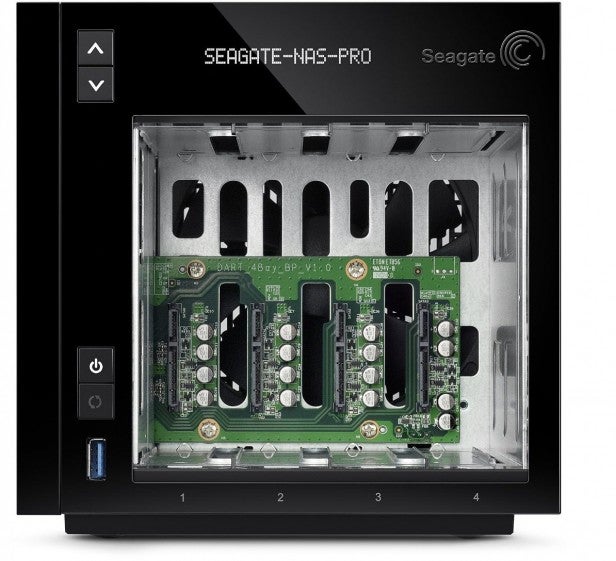 Seagate also comes out swinging when it comes to the internals. A dual-core Intel Atom 1.7GHz chip runs the show and it’s supported by a generous 2GB of DDR3 RAM – that’s double many rivals at this price point.

Hardware connections are more typical at two USB 3.0 sockets and one USB 2.0, plus a pair of Gigabit LAN ports with support for Link Aggregation. But don’t expect to see more fluffy media-centric connectivity such as HDMI or SPDIF.

Seagate does push the boat out a little more with its RAID options. The usual suspects are there – RAID 0, 1, 5, 10 and JBOD – but it also offers ‘SimplyRAID’, which enables disks of mixed capacities to be used together without wasting space. This dynamic expansion mimics the likes of Synology’s SHR, Netgear’s X-RAID and Drobo’s BeyondRAID, and gives all four companies a big advantage in user friendliness.

Elsewhere Seagate’s array of mobile apps isn’t as comprehensive as some. There’s ‘Sdrive’ for remotely accessing files on a computer, but not via a smartphone – mobile apps are currently limited to antivirus and connected surveillance cameras. Despite the business focus, I’d expect that to change before long. 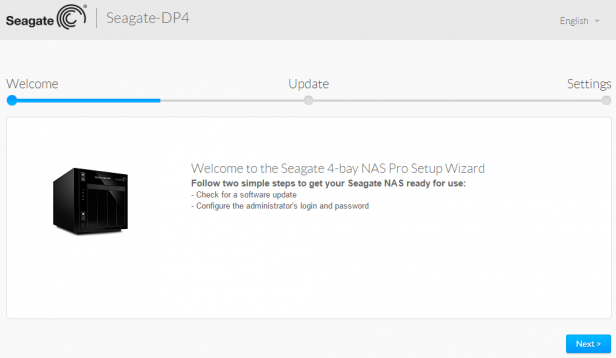 While Seagate’s still developing its apps, what it has got well polished is its setup process.

The Pro 4 follows in the footsteps of sector leaders Synology and Netgear with an entirely browser-based setup. Users simply slot in their drives – it’s a toolless install, if bought unpopulated – switch it on and visit ‘discover.seagate.com’ in a web browser.

Seagate detects the drive and begins the setup wizard. This automatically updates firmware, lets you select your RAID type and pick your username and password. It even throws in some pre-shared folders (‘Public’ and [Your user name]) for good measure – a feature we like to see to get users up and running as soon as possible.

But open up any of these settings and you’ll enter a more usual file structure. This remains fairly intuitive and the design is bright and clean, but it isn’t up there with the UIs from Netgear and Synology. 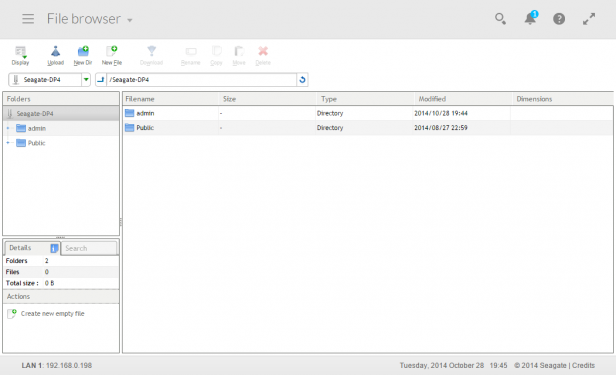