Starting our testing with films, the Sandstrøm S47S13 does OK. No more, no less.

In the plus column, voices are well-rounded, clear and convincing, with no distortions, no sense of compression with deep male voices, and only a faint trace of shrillness with high-pitched female voices.

The Sandstrøm also does a quite nice job of reproducing the subtle treble details in an audio mix that tend to elude the vast majority of built-in TV speakers, revealing more sensitivity in the speaker design than might have been expected for its puny price.

We were also impressed to find the Sandstrøm S47S13’s soundstage spreading quite some distance from the physical confines of the bar, both vertically and horizontally. The vertical component of this soundstage ‘spread’ is particularly important, since it ensures that dialogue sounds like it’s coming from the screen above the soundbar, avoiding the sense of dialogue dislocation you can get with some soundbars. 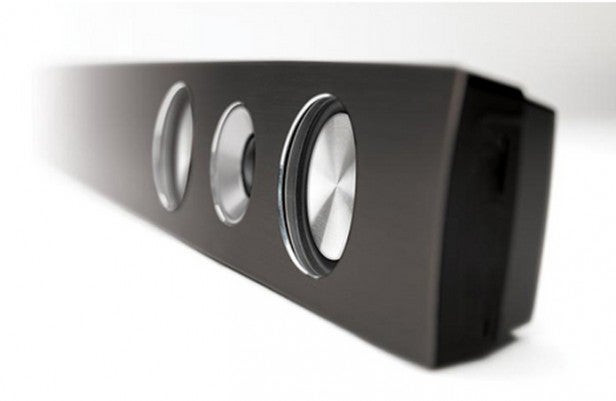 This combination of a wide soundstage and decent levels of subtle detail help the Sandstrøm S47S13 deliver a solid sense of space – though it’s important to stress that the speaker doesn’t appear to have any fancy audio processing on board for generating any sense of surround sound audio detail. The audio information from the Sandstrøm remains strictly in front of you. Though to be honest, given how artificial and forced surround sound experiences from soundbars tend to be, especially at the budget end of the market, the lack of surround sound information from the Sandstrøm S47S13 is probably more of a blessing than a curse.

The Sandstrøm  S47S13’s shortcomings emerge during dense action scenes or when a scene is accompanied by a particularly layered or thumping audio score. At these times a lack of raw power and bass extension leads to the soundstage starting to sound compressed, overloaded and artificial.

Part of the problem is that the S47S13 actually tries a bit too hard to replicate the bass depths you might hear with a louder, more powerful soundbar or a soundbar accompanied by a subwoofer. It’s not willing enough to accept the bass limitations of its mid-range drivers and work within them, instead trying to force them to bass depths they’re just not capable of reaching without sounding brittle and muddy.

You can reduce the problem by turning off the bass booster, but of course, while this stops the Sandstrøm S47S13’s from sounding so artificial and overloaded, it also means bass sounds a little thin and weedy compared with the best soundbars. Particularly noticeable is how the soundstage isn’t able to ‘expand’ to meet the requirements of an action sequence with the bass booster off.

The Sandstrøm S47S13 displays a similar mix of strengths and frailties with music. It sounds just fine with relatively undemanding content – simple pop music and relatively simple classical arrangements. However, its lack of bass grunt and dynamic range makes it sound a little artificial with rockier songs or more densely structured classical fare.

It also has to be said that unlike the world’s best digital music speaker systems, the Sandstrøm S47S13 doesn’t seriously attempt to reintroduce any of the sound quality that’s lost during the digital music compression process, leaving your average bit-rate audio rip sounding a bit brittle and sibilant. 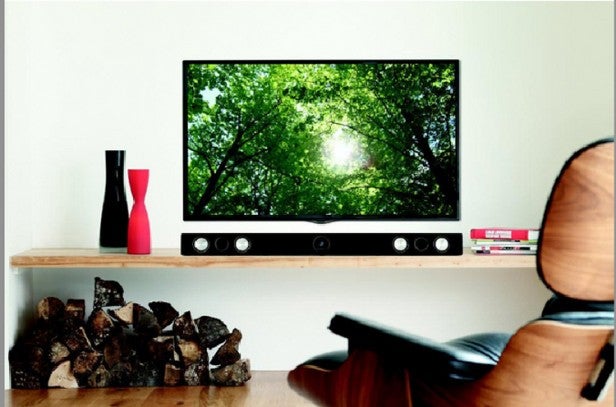 If you’re after a soundbar that manages to deliver a genuine improvement to the audio performance of the majority of built-in TV audio systems for an extraordinarily low cost, the Sandstrøm S47S13 does the job. It’s very cheap and, whatever shortcomings it has, it’s still an improvement on most TV speakers.

If you’re after a level of performance that lets you to get fully and consistently immersed in your favourite movies and music, we’d say you need to spend a bit more on something like the £290 LG NB4530A. And if that’s a bit too rich for your blood but you can stand to spend a little more, consider the surprisingly well rounded £160 Toshiba SBM1W.

The Sandstrøm S47S13 looks cute and is so cheap for a six-driver soundbar equipped with Bluetooth and NFC support that it’s hard to understand how Currys can be making any profit on it. It’s got enough power and sensitivity to deliver an emphatic improvement over your average built-in TV audio performance, too. So long as you don’t expect miracles, it’s a decent buy.

Previous
Features and Set Up Review