First impressions of the S32HED13’s picture quality aren’t great. We kicked off our tests with standard def fare from the built-in tuner (which seemed appropriate given the set’s relative lack of interest in HD) and struggled right away with the softness and excessive motion smearing on show.

Thankfully, though, both problems are reduced greatly just by turning off the noise reduction circuitry – circuitry that does nothing but, ironically, make pictures look more rather than less noisy.

With NR off standard def pictures actually look pretty respectable. The set doesn’t seem to be adding any noise beyond what’s there in the source, motion resolution looks quite respectable for a budget set, and most strikingly of all colour tones look natural and subtle, avoiding the basic and off-key tones often seen with budget TVs when they try to upscale standard def sources. 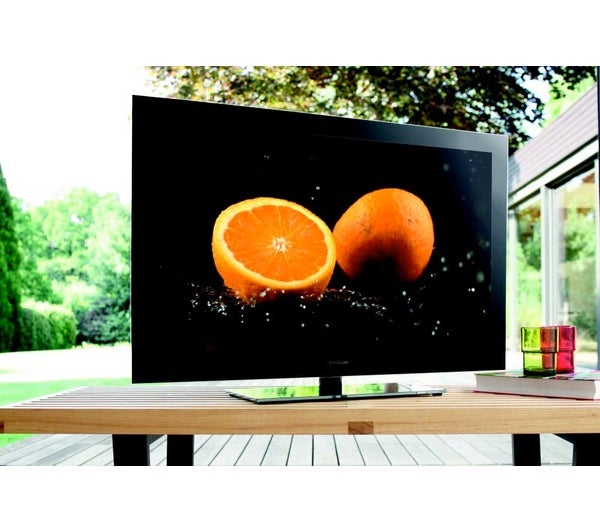 With most broadcast fare being very bright and limited in contrast range, it’s hard to say for sure at this point how good the S32HED13’s black level performance might be. Though we’d would say colours as effective as those of the S32HED13 are usually only be possible from a set with at least a respectable contrast performance.

Firing up the DVD player will give us a better look at the S32HED13’s contrast performance given that films tend to use a much greater contrast range than your typical TV show. So slotting in our old Pirates of The Caribbean DVD, we set about getting a fuller impression of what Sandstrøm’s budget combi is capable of.

Starting with the performance of the DVD player, it’s not bad at all for a combi unit. All you can really ask of an integrated player in a cheap TV is that its pictures look reasonably crisp, don’t judder excessively, and don’t suffer excessively with MPEG compression and decoding artracts. And the Sandstrøm’s integrated DVD player hits all of these fundamental targets perfectly well. 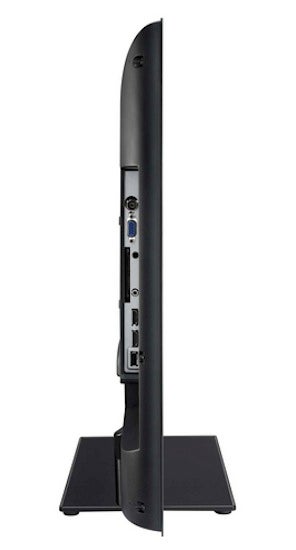 As for what DVD playback tells us about the performance of the S32HED13’s screen, again the news is predominantly good. So long as you’ve still got the NR circuitry turned off, motion looks surprisingly clean, detail levels are fair and while the expanded colour palette of a film does reveal a limit to the set’s colour prowess (in the shape of some slightly monotone skin tones), colours still look well-balanced, free of noise and mostly possessed of video-friendly tones rather than the PC-biassed tones often witnessed on budget TVs.

As for contrast, the set’s black levels are surprisingly decent. There’s a slight greyness over the darkest scenes, but it really is only slight, leaving relatively rich, deep blacks that surpass the efforts of the majority of other similarly affordable TVs. In fact, its black levels are more credible than those of a number of much more expensive TVs.

There are a couple of catches, though. First, that glassy front plate over the screen proves rather reflective – certainly you should try to avoid having direct light sources directly opposite the screen if you can. Second, there was evidence on our test sample of backlight clouding in the corners of very dark footage as well as over a triangular cloud a few inches across in the bottom left corner.

This backlight inconsistency is not as pronounced as it has been on some other recent budget sets we’ve seen and can be reduced by nudging down the brightness setting. However, it can still prove a bit distracting during dark scenes, making us rue the S32HED13’s lack of a backlight adjustment for more effective black level fine-tuning.

Shifting over to Blu-rays fed in via the HDMI ports, the first thing to say is that the S32HED13 doesn’t deliver as stark a step up in sharpness and resolution as the best HD TVs around. Images look better than standard definition, but not massively. It’s also notable with Blu-rays squirted in at 24fps that motion is prone to some distracting billowy judder – so much so that we’d advise you to set your Blu-ray player to output 50 or 60Hz rather than a native 24p (so long as your Blu-ray player is half-decent, anyway). Don’t forget, after all, that the TV doesn’t have any tools of its own with which it might combat judder.

One good piece of news highlighted by Blu-ray movie playback, though, is the ability of the S32HED13 to render good quantities of shadow detail in dark scenes. This is a strong indication of how good the TV’s native contrast performance is compared with most budget TVs, and means dark scenes don’t look hollow and unnatural.

Used as the main TV for the review period
Tested for more than a week
Tested using industry calibrated tools, discs and with real world use
Tested with broadcast content (HD/SD), video streams and demo discs
Previous
Sandstrøm S32HED13 Review Next
Sound and Conclusions Review