While you might enjoy reading about the 4K TVs that have been flooding our way recently, chances are that for many of you their high prices means they’re currently just a pipe dream so far as actual ownership is concerned. So we’re mixing things up a bit today by looking at something from pretty much the polar opposite end of the TV market: a £250 32-inch TV with no HD tuner, a lower-than-full HD resolution, and a built-in DVD player. In other words, the Sandstrøm S32HED13 barely seems interested in HD, never mind 4K… 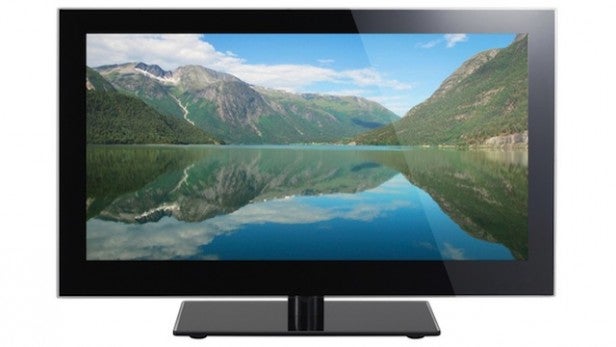 The S32HED13 is prettier than you might expect for a budget TV, thanks to its use of a glass top-sheet covering both the screen and the bezel to give the TV an attractive single-layer finish. Before we get too carried away, though, the width of the black bezel around the screen is extreme by modern TV standards, and the build quality behind the glass fascia is pretty lightweight.

Swivelling the set round uncovers a welcome surprise: all of its connections are positioned for side access, making the S32HED13 easier to wall mount than the majority of its budget brethren.

The connections themselves are decent rather than great. There are two HDMIs rather than the three we might have hoped for – though before we grumble about this too much we should remember that the TV has a built-in DVD player, removing the need for one external source. There’s also a component video input, a D-Sub PC port, an RF input for feeding the non-HD Freeview tuner, a Scart (remember those?!), a composite video input, and a USB 2.0 port capable of playing video, photo and music files from USB storage devices.

Conspicuous by its absence, though, is an Ethernet port. As well as meaning you’ve got no way of taking the S32HED13 online to enjoy video streaming features and can’t stream files from networked PCs, the lack of an Ethernet port underlines the point that the set doesn’t carry an HD tuner.

We’re finding it a bit hard to forgive the S32HED13 for not having an HD tuner, especially when you consider that you can get 32-inch TVs from LG and Panasonic for even less money that do have HD tuners. To be fair, neither of these rival models – the Panasonic TX-L32B6B and LG 32LN540U – have built-in DVD players, though the LG model does have 100Hz processing while the Sandstrøm is 50Hz only.

The S32HED13’s panel is illuminated by an edge LED system, but resolution hounds should note that it only carries an HD Ready 1366 x 768 pixel count rather than a 1920 x 1080 full HD resolution. In reality, though, the visible difference between 768 and 1080 native resolutions won’t be pronounced at the 32in level, and it’s also the case that the vast majority of other 32-inch TVs around the S32HED13’s price point – including the Panasonic and LG models mentioned previously – also only have 768 native resolutions.

Heading into the S32HED13’s onscreen menus uncovers precious little of interest. There’s a small handful of picture presets, and a three level noise reduction circuit. But that’s basically it so far as even remotely interesting TV features are concerned.

Maybe there are a few more features associated with the built-in DVD player? Um, no. The only notable things about this deck are that it mechanically grabs your discs as soon as it detects one at its entrance no matter what input you’re using (some rival TV/DVD combis irritatingly only accept discs if you’ve previously switched to DVD mode); and that you rather illogically have to insert discs with their labels facing away from the screen rather than towards it. 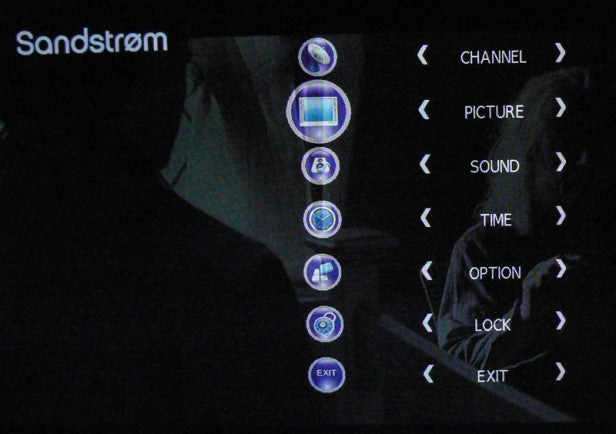 The upside to not having many picture features to play with is that setting the S32HED13 up is pretty much a no-brainer. It autotunes when you first switch it on, and turning off the TV’s excruciatingly poor noise reduction processing is pretty much the only key procedure to follow so far as picture management is concerned. Especially as the set (slightly concerningly) doesn’t even include a dynamic contrast system for you to experiment with.