In some areas, the UE55JS9000 could do more to help users get the best from it right out of the box. However, the bottom line is that this TV is capable of delivering outstanding pictures from almost any source.

Particularly startling is its contrast performance. It can combine really bright colours and whites with deep, rich blacks to a degree that we haven’t seen before on an edge-lit LCD TV – aside from the previously reviewed UE65JS9000. This is especially apparent using the set’s Dynamic picture preset, with which bright elements such as stars and window lights look so intense that they almost feel like they’re erupting from a hole punched through the LCD panel. Even when using a more restrained setup – as you should – the image still looks phenomenally rich. 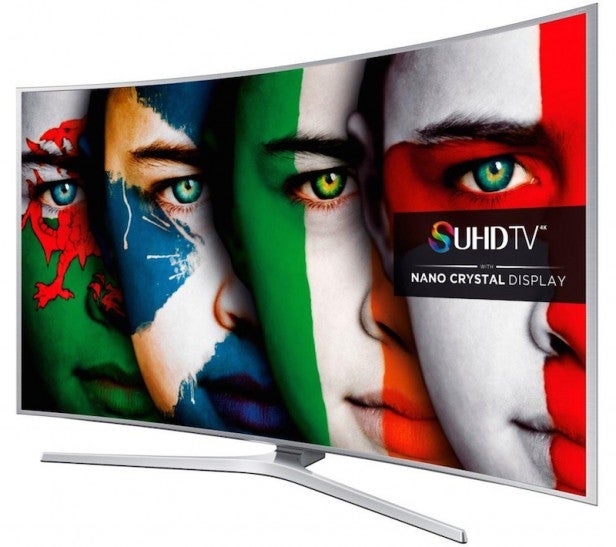 It should be stressed that the UE55JS9000 doesn’t pump out nearly as much contrast and brightness as Samsung’s flagship JS9500 series, with their direct rather than edge LED lighting. However, we can’t think of any other brand of edge LED TV out there right now that’s capable of delivering as much raw brightness and contrast as the JS9000 series.

As well as being an excellent achievement for an LCD TV in itself, this brightness is particularly handy for a TV capable of handling HDR content.

The fact that the UE55JS9000 can produce such a bold blend of darks and lights within the same frame is made even more impressive by the fact that dark scenes don’t suffer much at all with backlight clouding or stability issues. Even images that contain bright-white content against deep-black backdrops tend to look evenly lit and convincing.

Black levels don’t look forced, either. There’s enough shadow detail visible in dark areas to ensure they don’t look hollow or flat, revealing that the impressive black-level response isn’t being achieved by removing excessive light from the image. Instead, much of the credit for the UE55JS9000’s strong black levels lies with the native quality of Samsung’s new SUHD panels. 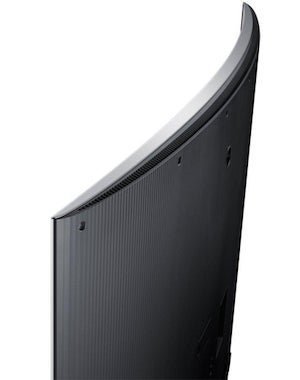 This isn’t only down to SUHD panels pumping out more brightness and contrast than other LCD TVs, though. Their Nano Crystal colour technology also makes its presence felt in the UE55JS9000’s pictures – in the shape of colours that combine bold saturations with excellent blend and tone subtlety.

There’s no sign of “striping” in even the subtlest of colour blends, and combinations of richly coloured landscapes and busy city scenes in our test 4K UHD footage all look almost three-dimensional thanks to the screen’s ability to render even the tiniest of tonal differences.

This outstanding colour reproduction helped the UE55JS9000 deliver maximum thrills in our HDR clips of Exodus: Gods And Kings and Life Of Pi, reminding us again of why we feel that HDR could become a bigger deal than 4K UHD resolution.

Another string to the UE55JS9000’s bow is its upscaling, at least of HD sources. Samsung’s processing is able to add in all the millions of extra pixels necessary to remap an HD image to the screen’s UHD resolution without making the results look noisy, soft or artificial.

The lack of noise in the upscaled images is a particularly big improvement over Samsung’s 2014 UHD upscaling system, and makes Samsung’s 2015 upscaled pictures arguably the most immersive and natural currently available in the UHD TV world. 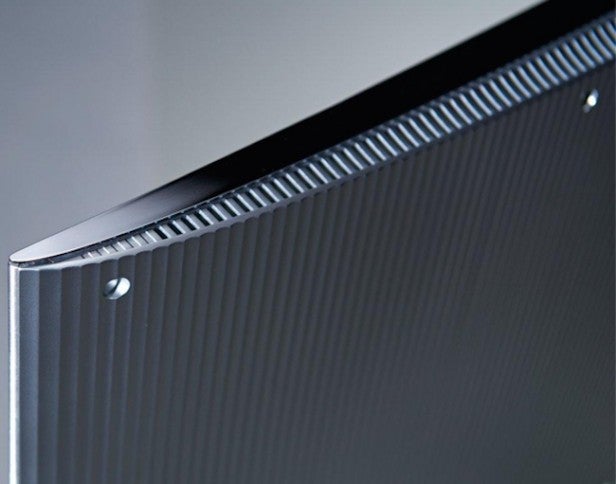 While the UE55JS9000’s images are mostly superb then, there are a handful of issues of which you should be aware. First, the curved screen is of questionable benefit at the 55in size. It can deliver a slightly enhanced sense of immersion if you’re sat directly opposite, reasonably close to the screen, but outside of this “sweet spot” it can result in the image’s geometry looking slightly distorted.

Plus, the UE55JS9000’s slightly glassy front panel can cause objects reflected in your room to distort across more of the screen than would be the case with a flat TV.

The curve isn’t the only limiting factor of the TV’s viewing angle, either. From more than 30 degrees down the side the image starts to lose contrast dramatically, as well as exposing the workings of the TV’s light engine.

Our test sample also showed areas of light and colour inconsistency when fed a full-white test signal. While the UE55JS9000 delivers a remarkably bright picture versus its edge LED rivals, the JS9500 series is capable of retaining more brightness without compromising backlight uniformity.

As noted earlier, there are also issues with the TV’s current presets and automatic picture-optimisation systems.

However, the reality is that you can work around most of the UE55JS9000’s issues through its setup tools or careful positioning of either yourself or the TV. And in any case, for the vast majority of the time – especially when fully unlocked with HDR UHD content – the UE55JS9000’s pictures are nothing short of sensational.

Used as the main TV for the review period
Tested for more than a week
Tested using industry calibrated tools, discs and with real world use
Tested with broadcast content (HD/SD), video streams and demo discs
Previous
Samsung UE55JS9000 Review Next
3D, Sound and Conclusions Review