While the UE40JU7000 inevitably doesn’t hit the same heights as Samsung’s SUHD TVs, it’s still seriously good. To a point.

The star of the show is the set’s contrast performance. For the past few years, Samsung has consistently delivered some of the best contrast from LCD technology, even when using edge LED lighting. With the UE40JU7000’s direct backlighting, it takes this talent up a few notches.

It achieves a sparkling combination of deep, rich black colours and punchy, pure whites and bright colours in the same frame. Impressively, t does this without suffering such common LCD side effects as backlight clouding, or “blooming” and light blocking around bright objects.

The UE40JU7000 isn’t able to handle HDR content – but, ironically, I’d say its contrast performance seems more HDR-friendly than even some TVs that claim to be HDR ready! 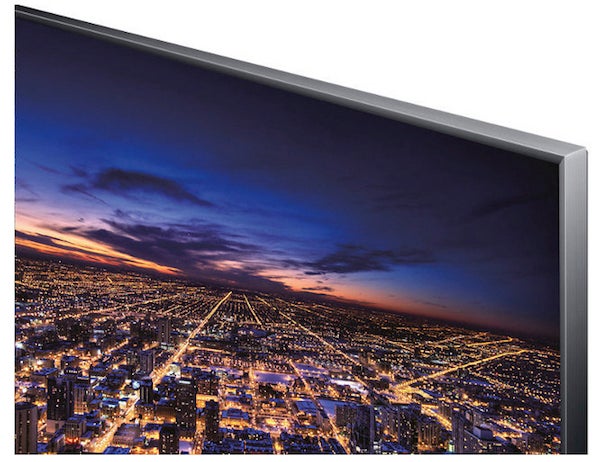 The aggressively dynamic look to the UE40JU7000’s pictures doesn’t come at the expense of subtlety either. Dark scenes still contain a decent amount of shadow detail (so long as you follow the backlight setting advice given earlier), and there’s no obvious clipping or flaring in the brightest areas.

The PurColour system proves its worth, meanwhile, in the impressively nuanced appearance of the UE40JU7000’s colours. For as well as enjoying superb levels of vibrancy and a wider gamut than I’d normally expect to see on any sub-£1000 TV, there’s enough finesse in the way even the slightest shift in colour tones is handled.

The UE40JU7000’s upscaling engine joins other UHD TVs we’ve seen from Samsung this year in delivering mostly outstanding sharpness and detail that’s beyond anything you’d see on a HDTV. In addition, it does this without exaggerating any noise a source may already contain. In this respect, the UE40JU700 delivers a huge improvement over 2014’s Samsung UHD upscaling engine. 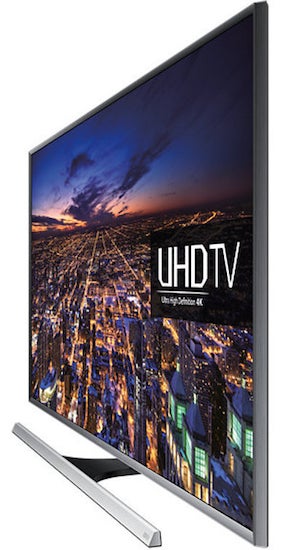 There are, however, a couple of issues to raise about the UE40JU7000’s picture performance. First, while its motion handling certainly isn’t bad by the standards of the TV world at large, there is some resolution loss over moving objects. This can take a little of the edge off the image’s otherwise exemplary UHD sharpness.

The other issue is that while I don’t agree with those whole claim that you can’t get any visual benefit from a 4K UHD resolution on a TV of this size, it’s true that the extent of the benefit is more limited than it would be on a bigger screen – at least from a typical viewing distance.

Used as the main TV for the review period
Tested for more than a week
Tested using industry calibrated tools, discs and with real world use
Tested with broadcast content (HD/SD), video streams and demo discs
Previous
Samsung UE40JU7000 Review Next
3D, Sound and Conclusions Review