The £880 UE40JU7000 is the
first 4K UHD TV I’ve tested from Samsung that comes in under £1,000.
Despite this, it still delivers Samsung’s new Tizen TV smart system, as
well as some impressive-looking picture specifications to support the
headline UHD pixel count. However, is the 40-inch screen big enough to
do UHD justice?

Apart
from its relatively small screen – by UHD standards – the other
instantly obvious thing about the UE40JU7000’s design is that it uses a
flat screen rather than the curved ones found on most of Samsung’s
mid-range and high-end TVs this year.

As a result, it isn’t
quite as striking to look at as Samsung’s curved models – although it
also means you won’t have to concern yourself with the potential issues
relatively small curved screens can suffer from. Instead you can enjoy
the premium appearance of its silvery metallic finish, slender frame and
striking single-raised-bar stand design. 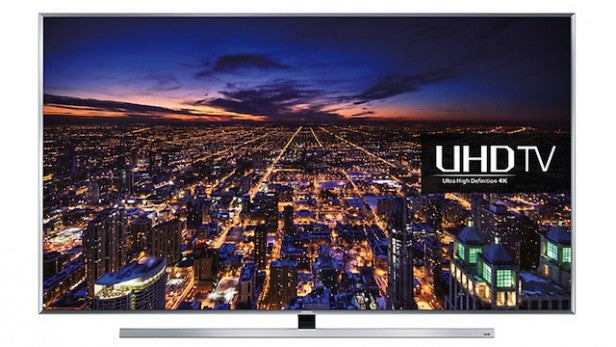 Connectivity
on the UE40JU7000 comes – partially – courtesy of an external One
Connect Mini box. This houses a quartet of HDMIs and three USBs, although
unlike the larger One Connect box you get with Samsung’s flagship SUHD TVs,
here the Freeview and Freesat tuner connections reside on the main TV
chassis.

This is because, unlike the full-sized One Connect, the Mini
version is only designed to reduce the number of cables going into the
TV; it doesn’t also carry the TV’s processors. This means you’re unable to simply
replace it with a new One Connect box in future years to upgrade the
TV’s capabilities as you can with Samsung’s SUHD TVs.

The
UE40JU7000 supports wireless DLNA and Bluetooth connectivity, and
its integrated Wi-Fi connectivity can additionally be used to access
Samsung’s impressively well-populated online content.
Highlights of the apps available here include the 4K UHD versions of
Amazon Prime and Netflix, as well as all of the UK’s key catch-up TV
services.

While this is hardly surprising at the UE40JU7000’s price point, it’s
still a bit of a shame when you consider that HDR may have had more
impact on a 40in TV than a native UHD resolution.

While the
UE40JU7000 doesn’t have the HDR-friendly screen features Samsung’s SUHD
TVs do, it still has some impressive tricks up its sleeve.

For
starters it’s a direct LED set, so its lights are placed behind the
screen rather than around its edges. This generally leads to a better
contrast performance, especially when – as in the UE40JU7000’s case – the
direct lighting system is being driven by a local dimming engine, which is able
to deliver different amounts of light to different areas of the screen
to suit the image content.

Image processing, meanwhile, comes
courtesy of a quad-core chipset capable of driving – among other things –
a potent 1,300Hz-emulating motion control system, achieved through a
combination of backlight scanning and frame interpolation processing. 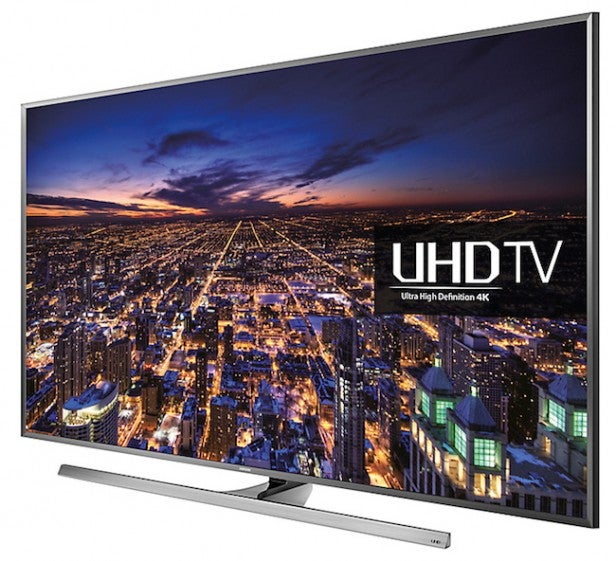 Two
final features of note on the UE40JU7000 are its well-populated and
efficiently presented Tizen operating system,
and its ability to play 3D using the active system – which
essentially means the TV has to upscale 3D sources to UHD. Please
note, though, that no 3D glasses are included with the TV.

Thanks to its use of a direct lighting system, I presume, the
UE40JU7000 delivers a much more immersive, enjoyable experience right
out of the box than Samsung TVs usually do. This is because there are
far fewer backlight flaws to calibrate your way
round than you tend to get with Samsung’s edge-lit LED TVs.

There
are still a few tips of which to take note, though. First, I’d recommend
against my usual Samsung advice of reducing the backlight setting to its
eight or nine level for dark-room viewing, since this can cause shadow
details to be crushed out of the picture. Opt for the 13
or 14 level instead.

In addition, turn off all noise reduction when watching Ultra HD and good-quality HD sources and set the Smart LED local-dimming
feature to its Medium setting. Apply caution to the TV’s motion
processing, using it on either its relatively low-powered Clear setting
or a Custom setting, with the two blur and judder components set to
around their three or four levels.

You might also need to reduce
the TV’s sharpness setting with some of the more dynamic picture presets
when watching upscaled HD material if it contains a lot of
grain or other noise.