This is a 40-inch Samsung LCD TV that manages to deliver the brand’s latest Smart TV services despite costing less than £350 from some online shops. Surely it’s too good to be true, right?

We quite like the look of the UE40H5500. The main TV bezel is fairly samey, perhaps, with its super-slim glossy black bezel. But the way the Samsung logo drops from the bottom edge of the TV in a crisp silvery bar, and the surprisingly well-finished angular black lines of the desktop stand, help the set look posher than the budget TV norm.

Connectivity is perfectly acceptable for such a seriously cheap TV. Three HDMIs lead the way where video playback is concerned, but there’s also good multimedia support from both LAN and integrated Wi-Fi network options, plus two USBs through which you can play video, music or photo files. It’s worth adding, too, that the tuner input feeds a Freeview HD tuner. 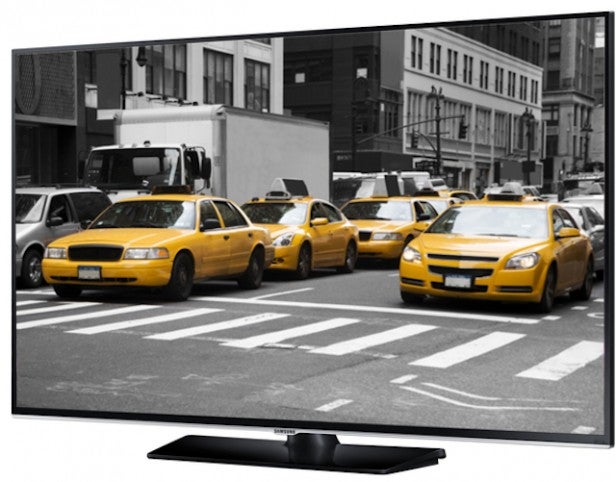 The network options support streaming of multimedia files from USB ports as well as – impressively for such a cheap TV – giving access to Samsung’s 2014 Smart TV engine. We’ve covered this before in an in-depth review, so there’s no need to say more here than that it’s a superbly content-rich system for such a cheap TV, including catch-up apps for all the key UK TV channels, plus Netflix and Amazon’s subscription streaming services.

Another welcome surprise is that the Smart features and the set’s picture processing are driven by a quad-core processor. This helps keep the menus moving along briskly and smoothly, and should also contribute to better picture quality from the edge-lit Full HD LCD panel.

That said, the UE40H5500 predictably isn’t heavily burdened with picture-processing tools. All you get that’s really worth mentioning is a 100Hz engine, noise reduction, a dynamic contrast system and a couple of fairly avoidable backlight-based motion adjustments. You do get more picture setup options than you might expect, though, which we’ll cover later.

We should wrap up this section of the review with a feature the UE40H5500 doesn’t offer: 3D playback. Don’t all start crying at once, now.

The UE40H5500 is surprisingly well stocked with picture-calibration features. Highlights you wouldn’t necessarily expect to find on such a cheap TV include adjustments for white balance, colour space and flesh tone, as well as Gamma, ‘Black Tone’ and Dynamic Contrast settings. 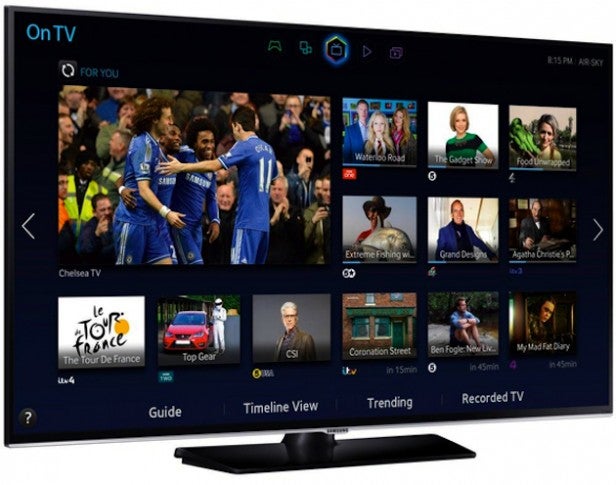 As usual, you’ll need to tweak things a bit from Samsung’s picture presets to get anything like the optimum performance from the screen. In particular, if you’re watching a film in a fairly dark room we’d suggest pushing the backlight as low as its 7 setting – even though it removes quite a bit of brightness – as dark scenes are otherwise affected by some backlight clouding.

We’d also recommend knocking the contrast setting down to around its 80-83 level, and making sure that sharpness doesn’t sit any higher than 40 at most, as anything higher can cause HD pictures to become noisy.

Setting the dynamic contrast system to Low is worthwhile, too, as it boosts both black-level response and overall dynamism without leading to excessive instability. If you love deep blacks as much as we do, you could also consider setting the Black Tone to Dark – though be warned that this does crush out a bit more shadow detail than we’d ideally like.

Finally we’d recommend turning off noise reduction while watching anything HD, as it tends to do more harm than good.