What is the Samsung T5?

Samsung’s T range of portable SSDs impressed us from the get go. The original T1 offered portability, capacity, speed and stylish design while its follow-up, the T3, added a USB 3.1 Type-C Gen 1 connector and slightly better performance.

Now we have the Samsung T5, which brings with it the latest 10Gbps USB 3.1 Type C Gen 2 connector and another bump in speed. It’s a premium product – but if you need speedy storage while on the move, it’s one of the best options out there.

The Samsung T5 looks almost identical to its predecessors, except here it has a uniform blue or black finish to its metal case, rather than the split-colouring of before. Measuring 74 x 57.3 x 10.5mm and weighing 51g, it’s small and light enough to carry around in a pocket, and it will certainly slip unobtrusively into your laptop case or rucksack. 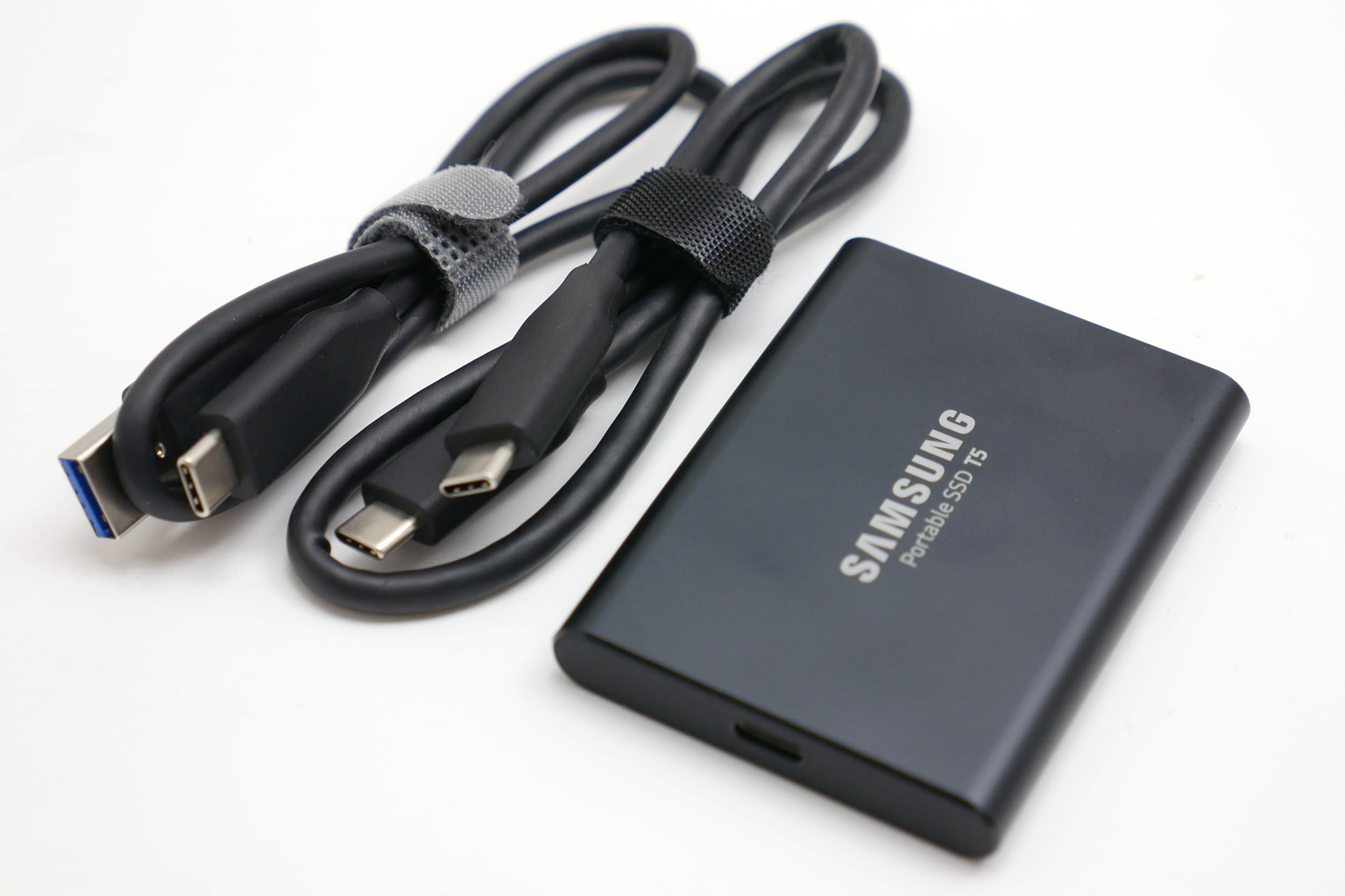 Samsung supplies the drive with both a USB Type-A to USB Type-C cable and a Type-C to Type-C cable, so you’re all set for connecting the drive to just about any PC, old or new – remember, USB is backwards compatible all the way down to USB 1.1.

Inside is a 1.8in SSD, which is one of Samsung’s own SATA drives. It uses the company’s latest 64-bit vertical TLC (Triple Level Cell/3-bit) NAND. This is coupled to a USB to SATA bridge, and that’s basically it – wrap it in a case and you’re done.

It’s available in capacities of 250GB, 500GB, 1TB and 2TB, with prices ranging from £199 to £759 – I told you it was premium. The two smaller capacities are available in blue, while the two larger ones are all black.

Samsung claims transfer speeds of up to 540MB/sec read and 515MB/sec write, the former of which is essentially as fast as a SATA SSD can go. 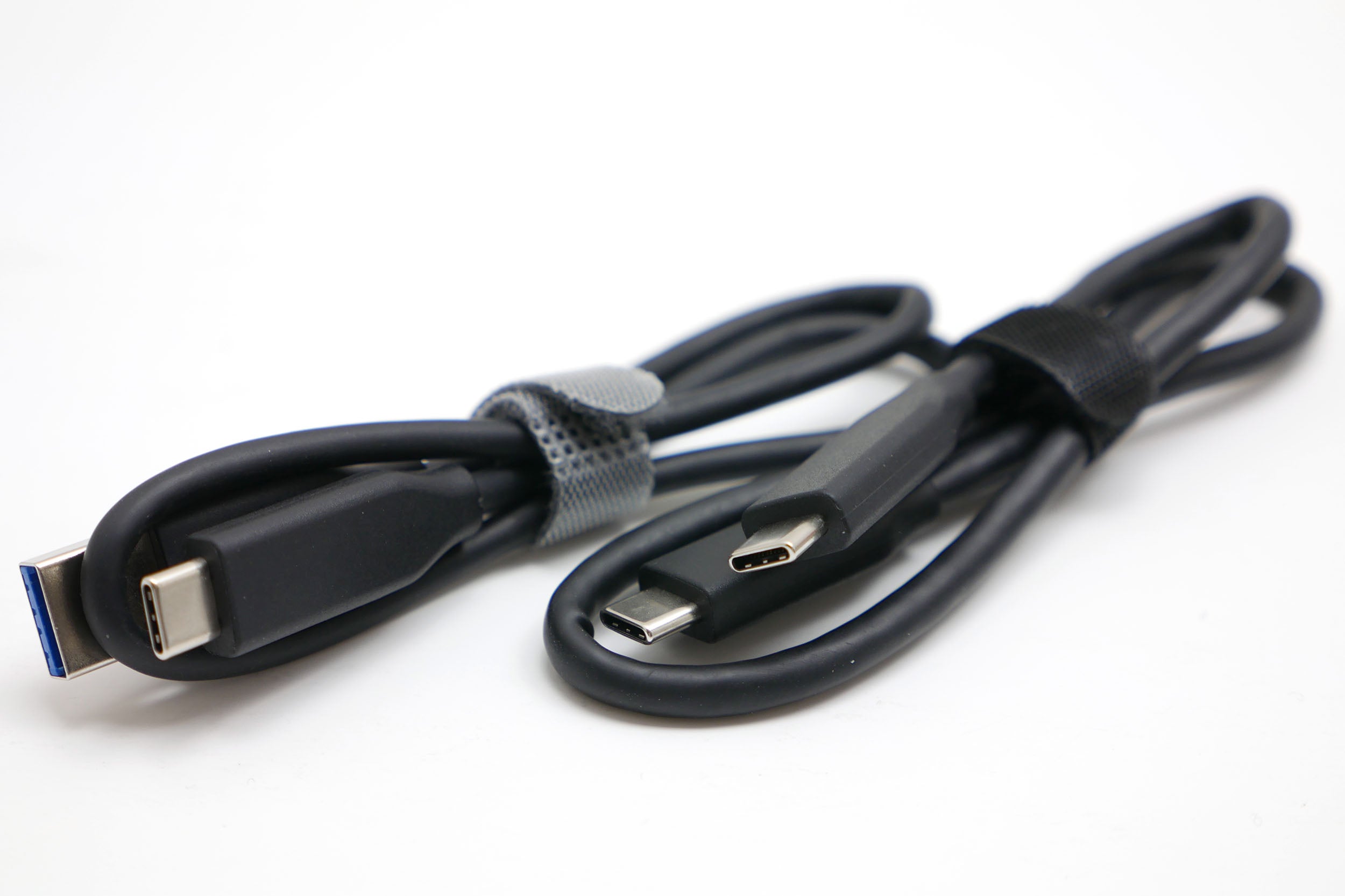 To reach those speeds, and for your USB controller to support UASP (USB attached SCSI), you’ll need the latest Gen 2 USB 3.1 ports. Without the latter speed will be limited to just below 500MB/sec, while using Gen 1 Type-C ports limits speeds to 450MB/sec and USB 2.0 will drop you all the way down to under 50MB/sec.

As well as speed and capacity, the T5 includes hardware AES 256-bit encryption, which can be enabled via Samsung’s software that comes on the drive. This will completely lock out data on the drive until you’ve entered your password.

The drive comes with a three-year warranty, which isn’t too bad, but some alternatives do offer a five-year warranty. Samsung hasn’t provided a Terabytes Written (TBW) rating for how much data can be written to the drive before it starts to fail, but based on other Samsung TLC 64-layer NAND SSD products, I have little reason to suspect it will be concerningly low.

Being an SSD, this drive is fairly rugged, with it rated to survive shocks up to 1500G and 20G of vibration. However, it isn’t strictly ruggedized so isn’t at all waterproof or resistant to dust.

The appeal of Samsung’s T drives is threefold. There’s the design, the huge capacity and, of course, performance – and when it comes to the latter, the T5 delivers in spades.

I tested the 1TB version of the T5, and although I didn’t have UASP support, it still comfortably chugged along at 484MB/sec read and 482MB/sec write in the AS SSD benchmark. 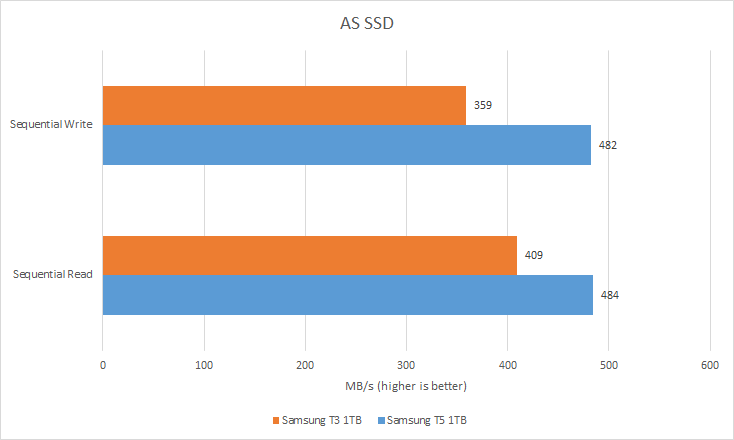 Nonetheless, the sort of speed we’re talking about here is easily enough for any practical use, in terms of moving large files around. Copying a 1GB file takes only a couple of seconds. 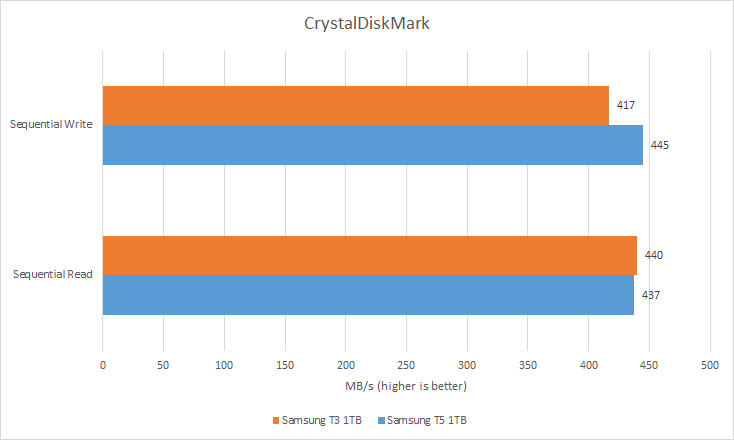 Like most multi-level NAND SSDs, the T5 uses a small portion of faster NAND as a write cache to speed up write operations. So, if you’re transferring particularly large files then there will be a point where write performance drops mid-transfer. The size of this write cache depends on the size of the drive, and Samsung hasn’t specified how large they are, but on this 1TB model it sustained a steady 450MB/s write for an entire 13.6GB file – for a total of just 31.4 seconds. 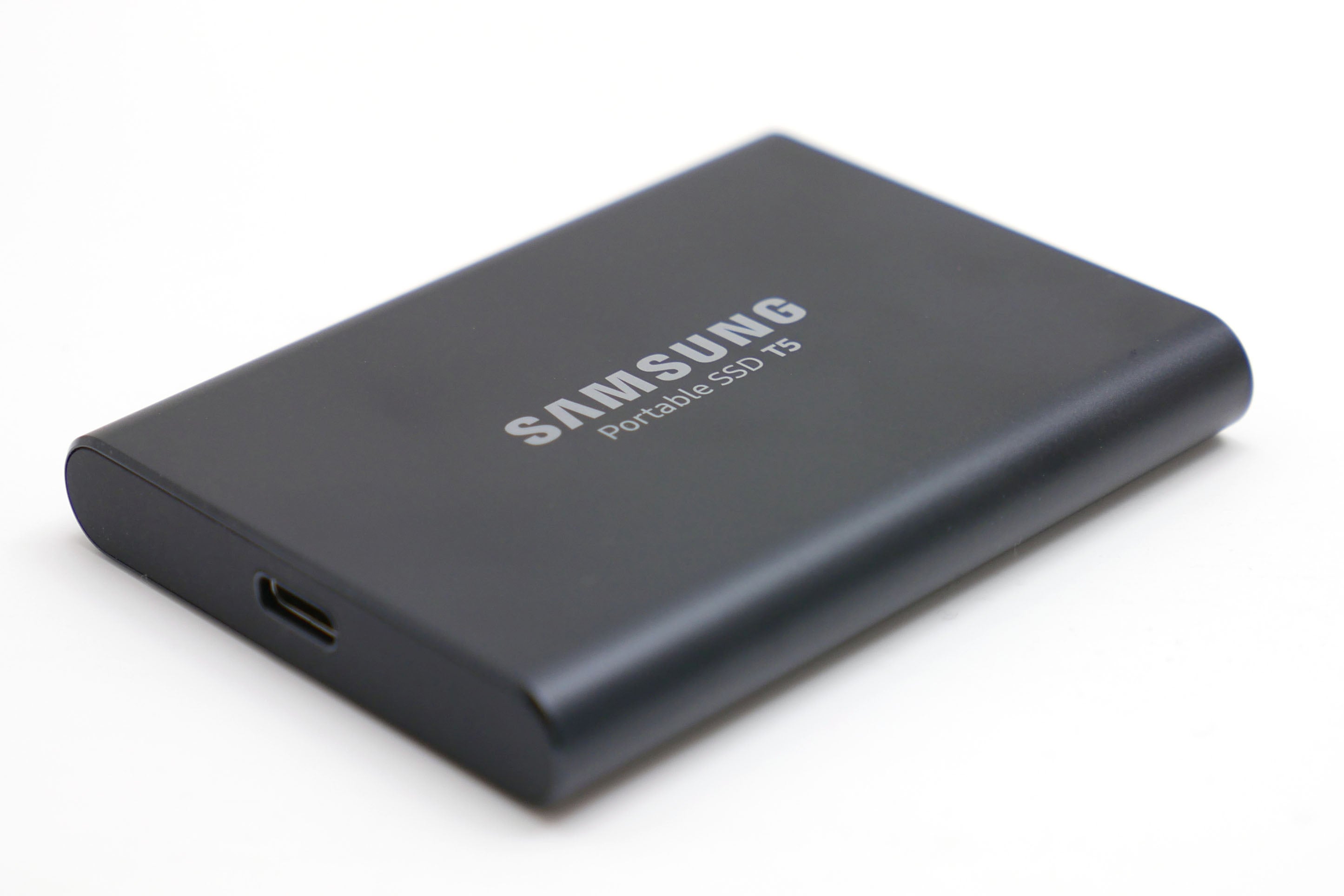 Should I buy the Samsung T5?

When all is said and done, the Samsung T5 and its predecessors are niche-appeal products. Most users simply don’t need such fast, high-capacity portable storage – a decent 32GB USB thumb drive will be sufficient for the majority of users to simply move files around.

However, if you’re regularly moving seriously big loads of data, or require a portable drive that you can work from directly – if you’re editing a video or a batch load of photos, for example – then it’s ideal.

Incredibly compact, available in huge capacities and with performance aplenty, the Samsung T5 ticks all the right boxes. It doesn’t come cheap, but if you’re after the best, it’s a fair price.