Even though this Chromebook packs an ARM processor and an OS arguably more suited to a tablet, touch is not part of the picture. As such, the keyboard and touchpad are the only ways to interact, so it’s especially important that they’re good.

Thankfully, the typing experience offered by the Samsung Series 3 XE303C12 is very nice indeed. Though not backlit, the keyboard offers large, matt keys that fall naturally under the finger thanks to good spacing. Keys also offer decent travel and a nice positive click. 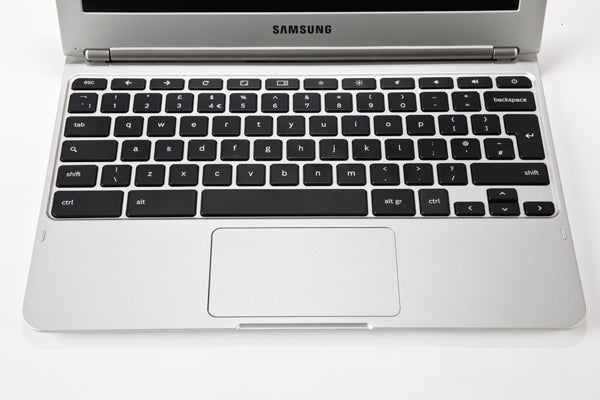 It’s no Lenovo ThinkPad X1 Carbon, but it’s certainly the best laptop typing experience we’ve come across for under £300, and we’d happily use the Samsung Series 3 Chromebook 303C for all-day word processing.

The only thing to be aware of is that layout has been slightly modified for ChromeOS, including dedicated function buttons instead of the usual F1-F12 keys.  In a nice touch, the power button has been integrated into the keyboard a la the MacBooks. 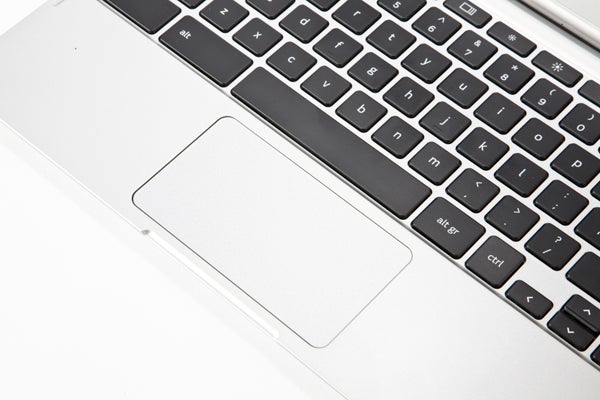 Its multi-touch touchpad offers a similarly impressive experience. The ‘buttonless’ glass pad gives your fingers a lovely surface and its ‘button’ sports a well-defined click. Google has made a two-finger tap the default for right-clicks, which generally works well. Two-finger scrolling is also flawless, and this touchpad gives those on laptops costing five times as much a run for their money.

Unfortunately, the 11.6-inch screen on the Samsung Chromebook Series 3 doesn’t support touch; one of the ways in which the cost is kept down on this ultraportable laptop. Moreover, it uses a TN panel (meaning poor viewing angles and colours compared to IPS) with a bog-standard 1,366 x 768 resolution. Fortunately, when it comes to image quality it’s not all bad news. 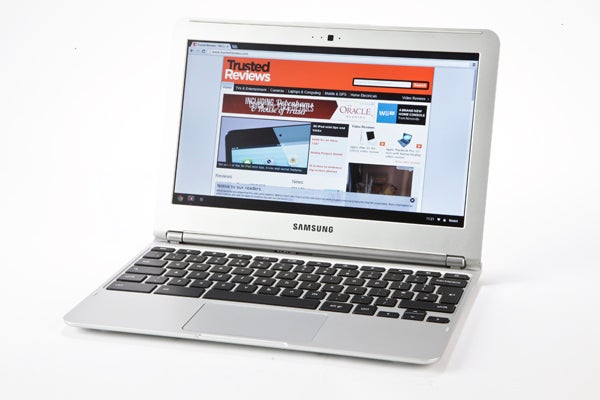 First let’s get the bad bits over with. Colours are definitely on the dull side, and blacks come across a tad grey. This average contrast and a 200nits maximum brightness leaves images lacking a little punch, though we’re grateful that Samsung/Google has left the screen finish matt rather than adding a glossy layer with the inevitable annoying reflections that would have brought.

Though horizontal viewing angles are decent, vertical ones are as poor as expected, meaning the incline of the screen has to be very exact if you don’t want a serious case of contrast shift. 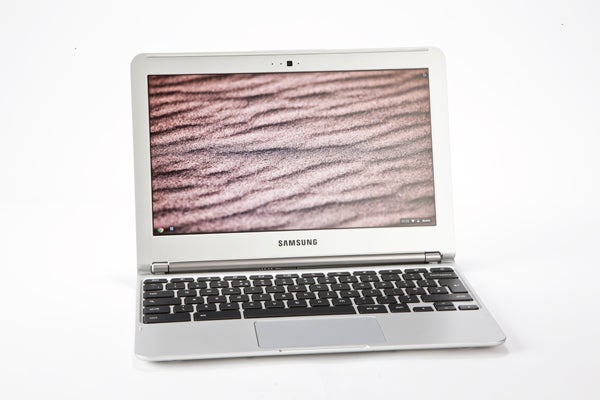 However, while blacks may not be the deepest, dark detailing is excellent with every subtle gradation visible. This is aided by very even backlighting with no sign of bleed, and only minimal banding across gradients. At this resolution, ChromeOS also manages to generally look nice and sharp. Overall, the XE303C12’s screen is about what you would expect for this price point, and certainly adequate for a budget device aimed primarily at productivity and casual use. 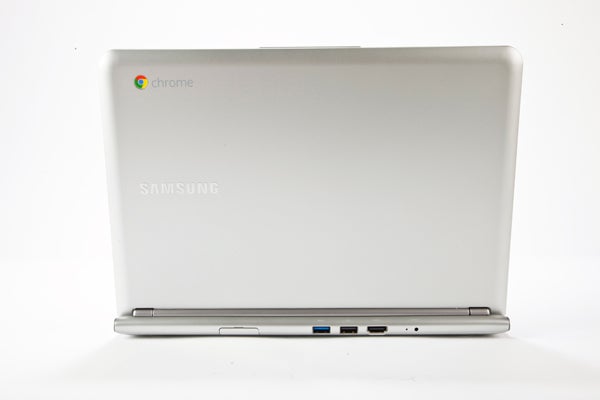 Audio on this Chromebook is a mixed bag. The 1.5W speakers go surprisingly loud, but they’re muddy on the details and suffer significant distortion once the bass kicks in. Like many speakers on affordable ultraportables, they’re just about good enough for YouTube but for a movie we’d recommend some proper headphones or earbuds.

Used as our main laptop for the review period
Tested for at least a week
Used consistent benchmarks for fair comparisons with other laptops
Reviewed using respected industry benchmarks and real world use
Previous
Samsung Series 3 Chromebook Review Next
Performance, ChromeOS, Value and Verdict Review