We tested the Samsung at its factory settings using our X-Rite Colorimeter. There’s no doubt that, out of the box, the Samsung was better than the ViewSonic: its 6760K colour temperature is much closer to the 6500K ideal, and the Samsung’s average Delta E of 2.53 was better than its rival, which scored 3.26.

Samsung says that this screen can hit 100% of the sRGB gamut, but we measured 96.1%. That’s still an excellent result. This is the only category where the ViewSonic beat its rival, with an sRGB coverage level of 96.7% and an Adobe RGB coverage level of 94% – in this trickier test, the Samsung only hit 70.3%.

Out of the box, then, the Samsung has more accurate colours, better contrast and superior black levels. While it can’t match the most expensive professional screen, it’s a better bet than the Viewsonic for less demanding office work unless you need that better Adobe RGB coverage.

We were able to further improve the Samsung’s results by calibrating the screen with our colorimeter. With the RGB levels tweaked, the colour temperature rose slightly to 6966K but the Delta E improved to a stonking 0.89. That’s great but, obviously, it’s of niche interest – you’ll need your own colorimeter to hit these numbers. 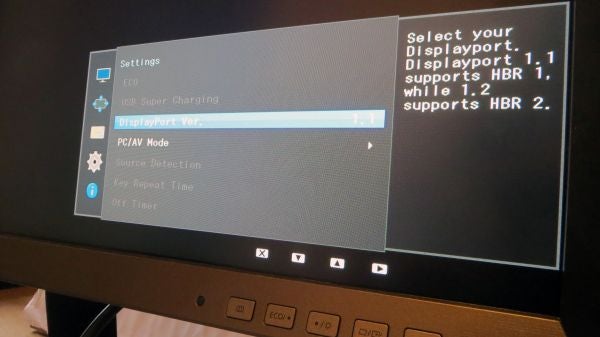 Samsung’s screen has reasonable brightness uniformity in its centre, but both of its sides suffered in our test. On the left-hand edge the brightness dropped by an average of 12.82%, and on the right-hand side this figure sat at 12.6%. That’s a little worse than the ViewSonic, but we can cope given this screen’s price.

The Samsung proved more consistent in other uniformity tests. Across most of the screen its colour temperature deviated by less than 1%, with a slide up to nearer 2% across the right-hand side. That’s not enough to be noticeable.

The “Cool” colour options served up improved Delta E levels but colour temperatures that hit 8084K and 9427K respectively, with brightness that dropped by around a quarter. This screen’s pair of Warm options were no better: colour temperatures were a long way below the 6500K ideal. While it’s true that those results are on the cool and warm side of the colour temperature scale, everything else is so hampered that we can’t imagine using them.

Samsung’s trio of Magic Bright options returned mixed results. Its Standard mode dropped the brightness to 155 nits while maintaining colour temperature and accuracy, so it’s a worthwhile choice if the Samsung’s factory settings are too much. Dynamic Contrast mode made little difference aside from worsening Delta E, and the Cinema mode had a similar effect.

There’s a gaming mode, although it seems somewhat redundant on an office screen. This mode simply ramped the average Delta E up to 9.83 and, to our eyes, made every colour look oversaturated. We wouldn’t use it, even for gaming.

Samsung makes a big play about the environmental credentials of this screen. When running at factory settings the screen consumed 56W, but it’s possible to load up a couple of eco-friendly modes to reduce that figure. These options had little effect on image quality other than reducing the brightness, and they dropped the power consumption dramatically: the first ran the screen at 170 nits with a consumption figure of 45W, while the second hit 123 nits and 41W. 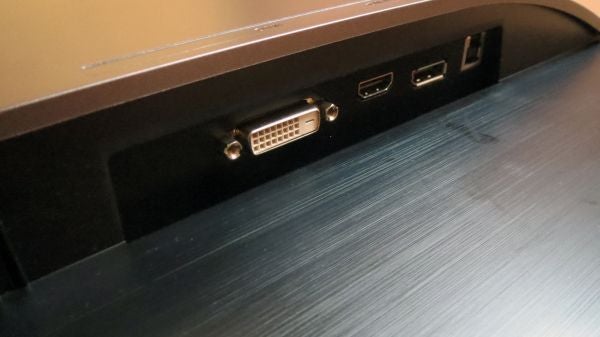 This is no gaming system, and VA panels aren’t known for their responsiveness, so it’s no surprise that this screen’s response times weren’t great. The panel comes with three modes – Standard, Faster and Fastest.

In the Faster mode, which is the factory default, the Samsung sat at a middling 34.3ms. In Standard mode that result dropped to 41.8ms, and it improved to 31.3ms with Fastest mode chosen. None of those results will set the world alight but, equally, they’re not poor enough to be noticeable during the working day – or during most games, for that matter. 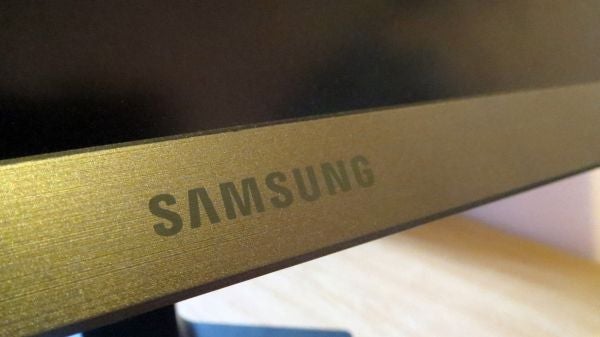 Samsung’s latest screen excels in several important areas. It looks smart, its stand has versatility that virtually matches the ViewSonic – save for a little less height adjustment – and it’s easy to set up thanks to sensible design and a good menu system.

It doesn’t stop impressing there, either. Its image quality outstrips the ViewSonic in most departments, and its 2560 x 1440 resolution is stretched over a larger diagonal – so you’re getting more money for your money.

Its input lag isn’t great, and only a handful of its screen modes actually improve performance – but that’s OK when this monitor isn’t designed for gaming. The Samsung also can’t handle Adobe RGB as well as the ViewSonic, but that’s the only area where the VS2772 beats its rival.

The Samsung is larger, cheaper and with better image quality than the ViewSonic. If you want a large office monitor without making the step up to 4K, then this is worth a punt.

This Samsung sets its stall out as a large, affordable screen for the office, and it hits the mark in several key areas. It’s sturdy and versatile, and image quality is good – it’s got impressive results in the right areas, only lagging behind in departments where excellence is least required. It’s a better option than the rival ViewSonic when it comes to large, impressive work panels.