There’s a buzz around 4K in the monitor world, but not everyone wants to use such a super-high resolution when getting on with work – and not everyone can afford to splash out on a 4K panel, either.

Samsung’s S32D850T is a more sensible proposition for anyone after a big-screen experience in the office. Its resolution of 2560 x 1440 is more palatable than 4K, and its £415 price is more tempting when compared to the £1000 prices of large-size 4K panels. 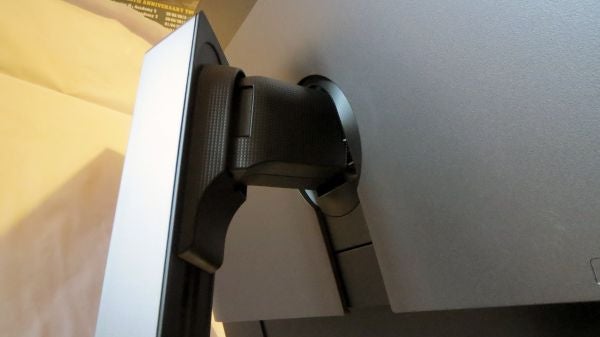 The business focus of this screen means that its design is entirely function over form. It’s got one of the most versatile stands we’ve seen, with 130mm of tool-free height adjustment, plenty of horizontal swivelling and the ability to swing round into portrait mode. It’s a similar amount of versatility to the ViewSonic VP2772, which only just outreaches the Samsung with 150mm of height adjustment.

It’s simple to switch the Samsung into a different position because of the smoothness and ease of its mechanisms, and it’s a little easier to use than the Viewsonic VP2772 – that particular monitor required a pin to fasten its height-adjustment system. 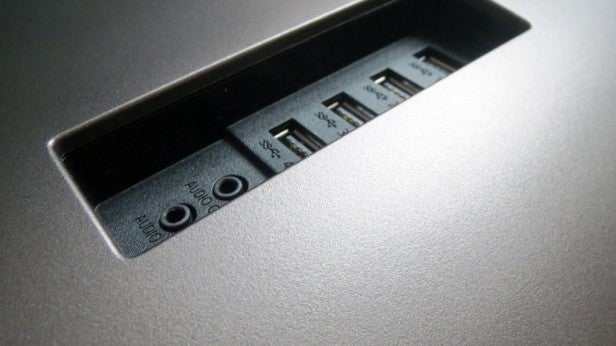 The Samsung’s port selection is good. The back houses single dual-link DVI, DisplayPort 1.2 and HDMI 1.4 connections, and there are numerous USB ports – one to connect to the PC, and four USB 3.0 connectors to use for peripherals. There’s a pair of 3.5mm audio jacks, too. Aside from those audio connections, the ViewSonic offers a similar selection.

The Samsung is a plain-looking screen: the bottom bezel is coated with a subtle brushed metal pattern, but the rest of its forward-facing surfaces are coated with an unassuming mottled finish. There are no sops to style on the stand, either, but it’s impressively sturdy – it anchors the 32in panel to the desk with barely any wobbling.

On the inside, Samsung has chosen VA technology – a choice it concedes has been made partially due to budget costs. VA panels make sense for business, as they traditionally have good viewing angles, high brightness levels and deep blacks. And while response times aren’t great, that’s less critical when it comes to office screens. 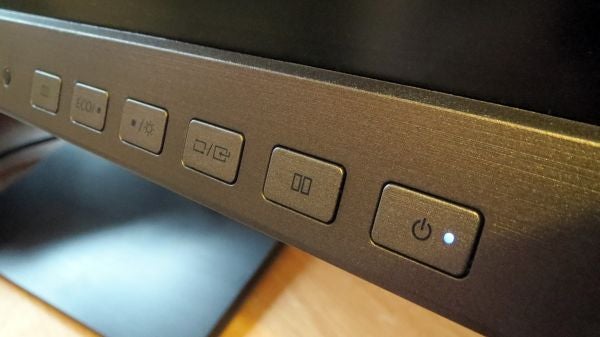 It doesn’t get much easier to set up a monitor – just place the Samsung face-down on a desk, swing the stand into position, and you’re good to go. A screwdriver only comes out if you need to remove the stand to attach a VESA mount.

That’s not the only aspect of the Samsung’s setup that’s simple. This screen has physical buttons along its bottom edge, and they’re large with clear icons. One opens the main menu, and there are shortcut buttons for common settings such as brightness and contrast, plus another to open the Samsungs’s Eco Mode menu.

The main menu is clear and responsive. Most of the customisable options are contained in a single menu, and it’s easy to find the obvious settings. It has most of the options that users are likely to require, but there’s no sign of the Adobe RGB preset found on the ViewSonic – this Samsung is configured for sRGB, but nothing more demanding.