Among the excitement surrounding all the high-end products Samsung has been bringing to market lately, like the stunning X360 Notebook and polarising Omnia i900, it’s easy to forget the company’s reputation for providing bargain-tastic notebooks at the budget end. A while back we looked at the Samsung Q210, which we considered pretty darn good for those looking for an affordable ultraportable, but for many 12.1 inches is too small and 15.4 inches is still the most popular notebook screen size. Cue the Samsung R510. 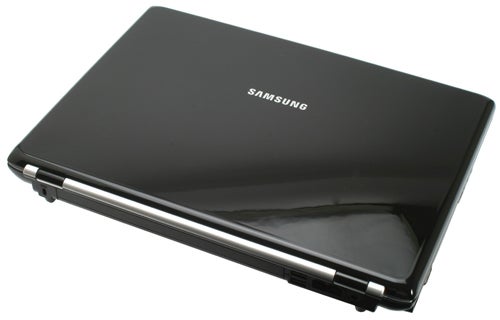 The first word that springs to mind when describing the R510 is ‘decent’. Maybe it’s nothing to set geek hearts racing, but it looks dependable, with a simple yet elegant design. The top consists of Samsung’s usual glossy black lid, and a cloth is provided to combat the inevitable fingerprint and dust build-up. The base and lower edges are in sensible matte black. Opening the notebook up, however, we have a surprising touch: silver instead of the usual black on the inside. 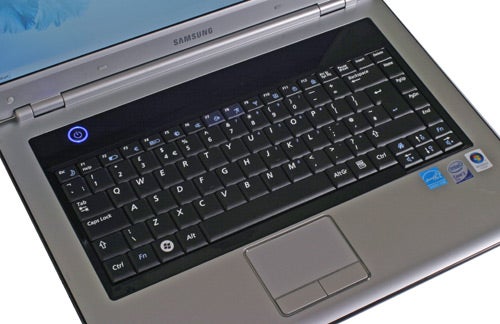 Not that there aren’t any black touches present, the keyboard after all is matte black with a piano-black surround that subsumes the speakers and a large power button set in a blue LED ring. A further design note is the chrome trim around the touchpad. It’s not a sophisticated look, but it’s simple, aided by the absence of any media buttons. Integrating these into the standard keyboard is a tactic laptop manufacturers employ to lower cost, but it does offer less convenience and some basic controls would be welcome.


However, as if to make up for it, Samsung has included something I’ve been wishing notebook manufacturers would implement for a very long time: a secondary Function key on the right of the keyboard. The company has this on all their new laptops, like the Samsung R410. This allows you to finally control brightness and volume, which are sensibly located on the arrow keys, using only one hand – hurray! 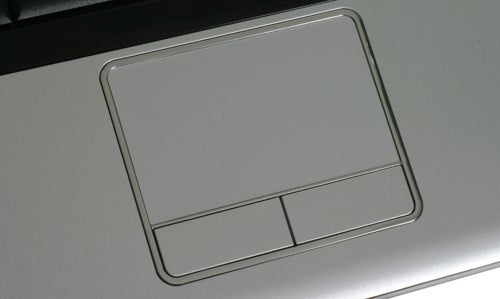 The rest of the keyboard doesn’t let things down either. The surface of the keys is pleasant and won’t pick up finger-prints. Layout is excellent, with the Ctrl key on the outside of left-Fn, a full-size Enter key and a dedicated set of Delete to End keys going down the right. Keys also feel quite crisp, giving a positive indication they’ve been pressed and offering decent travel. A curved front edge further aids comfort and overall the layout and tactile feel makes prolonged typing painless.

After the miserably awkward effort on the Asus 12.1in U6V-2P001E, the touchpad also comes as a relief. Its buttons are incredibly easy to press and the scroll zones, though not marked, are broad and responsive.

Build quality is generally excellent, though there is a slight amount of creaking in the lid. The obligatory webcam – in this case a 1.3 Megapixel model – is nestled in the silver bezel’s top. A minor design-flaw is that the indicators for caps lock, hard drive activity, wireless and such are on the front of the left palm-rest, meaning you won’t be able to see them when typing.

Unusually for a notebook these days, the power socket is at the back, where it is joined by two USB 2.0 ports close together and the modem and Ethernet jacks. This leaves the right side the sole providence of the DVD writer. There’s a small 3-in-1 memory card reader at the front, with support for SD, SDHC and MMC card formats. Hardly a prodigious selection, but SD and SDHC are, at least, the most commonly used formats around these days.

Likewise, the remainder of connections on the left side are adequate, but nothing outstanding, comprising of another USB, VGA and HDMI out, headphone and microphone jacks and a 54mm ExpressCard slot. Another minor touch that’s missing here is that the headphone socket does not double as S/PDIF, giving you analogue-only sound, but that’s not unusual at this price point.


Internally the R510 is reasonably well specified. An Intel Core 2 Duo T5750 running at 2GHz is no speed demon, but is more than adequate for everyday use. As the tech-savvy among you might realize, the processor already indicates that this is not a Centrino 2 notebook. However, it does utilise the new chipset and “improved” Intel Graphics Media Accelerator X4500. While this is a better chip than its predecessors, that’s kind of like saying a punch in the face is better than a poke in the eye: the X4500 managed a distinctly mediocre 19.9 FPS at the screen’s native resolution of 1,280 x 800 with detail set to low in TrackMania Nations Forever. 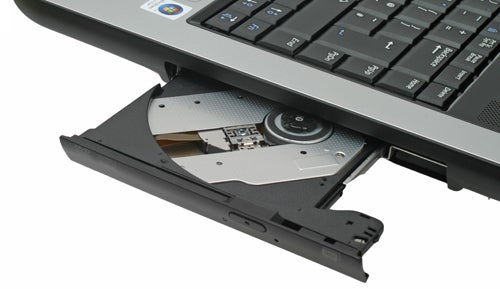 Making up for this is a generous 3GB of RAM, which is the maximum the installed 32-bit Windows Vista Premium practically supports, and a capacious 320GB 5400RPM hard drive, meaning you shouldn’t run out of space too quickly. Nor is there much to fault in internet or wireless connectivity, with Gigabit Ethernet, Bluetooth 2.0 and WLAN 802.11g. Only Draft-N wireless is lacking but this would inevitably add to the price and it’s an acceptable compromise at the price.

The R510’s LCD screen is surprisingly good, especially for a notebook at this price point. It’s quite accomplished at distinguishing grey shades, coming close to some of the better desktop LCD monitors. It’s sharp and clear, with barely noticeable backlight bleed and no banding across colour-tone ramps. Horizontal viewing angles are excellent despite the reflective coating and though vertical ones are poor, you can easily tilt the display to counteract this. Meanwhile, the 1,280 x 800 resolution, though a little restrictive, is pretty standard at this size and price point. 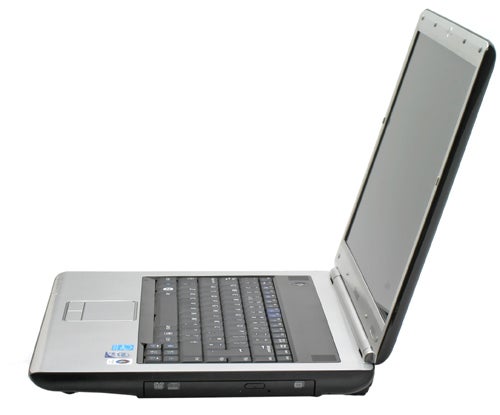 Regrettably the speakers are less accomplished and as usual you’re far better off using even cheap headphones – we still haven’t encountered a budget notebook that comes close to matching the superb speakers on the Satellite A300-177. However, though bass produces noise more akin to hitting a tin with a fork, the notebook’s audio talents are adequate for voice conversations and light music.


In terms of performance, the R510 naturally powers through almost anything that’s not graphically intensive and manages to throw some impressive battery life into the bargain. It’s roughly the same price as Samsung’s previous R60+, while beating it in every respect. In fact, it’s a very good value notebook all around. 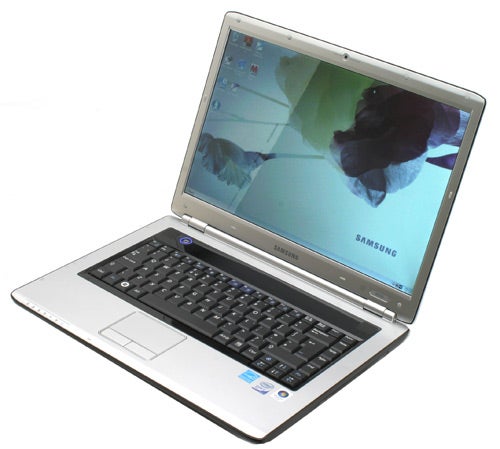 The only thing that comes close is the Dell Inspiron 1525, which offers similar specifications for just a few pounds more. Which one you go for depends to some extent on personal taste, though we’d be tempted to go for the Dell thanks to the slightly slimmer chassis and more customisation options.


Samsung has produced an excellent mid-range notebook in the R510-FAA4UK, with a simple yet nice design and some great features for a very affordable price. But though it is a bargain, it’s not necessarily the only or best one, and you’ll want to check around before buying.