The 960 Evo is an odd performer in many respects. In key benchmarks, it isn’t as quick as the 960 Pro, but Samsung’s TurboWrite technology actually helps the more affordable Evo beat its bigger brother in some file-writing tests.

The Evo’s AS SSD sequential read speed of 2,034MB/sec is one of the best scores around, only beaten by the 960 Pro and a couple of other M.2 drives. However, its 1,847MB/sec write pace is outstanding – better than everything else I’ve tested. The former score is marginally ahead of the Toshiba OCZ RD400, while the latter figure is hundreds of megabytes better – the SLC cache is clearly working.

The Evo continued to perform well in smaller-file tests. Its 4K read and write speeds of 40MB/sec and 176MB/sec were a little better than the Pro. Its 4K-64 read of 1,364MB/sec is behind the Pro but still a top-tier result, while its write speed of 605MB/sec is more middling, and on a par with the RD400.

It’s a great start for an affordable SSD, and it continued to run well in CrystalDiskMark. Its 3,272MB/sec read pace is barely behind the 960 Pro and better than every other drive I’ve tested, and its 1,617MB/sec write pace is a little ahead of most other SSDs, including the Toshiba. The 960 Evo was marginally slower when reading 512K files, and actually much quicker when writing – its 1,437MB/sec write pace is one of the best I’ve ever seen, and clear evidence of Samsung’s TurboWrite feature doing its job. 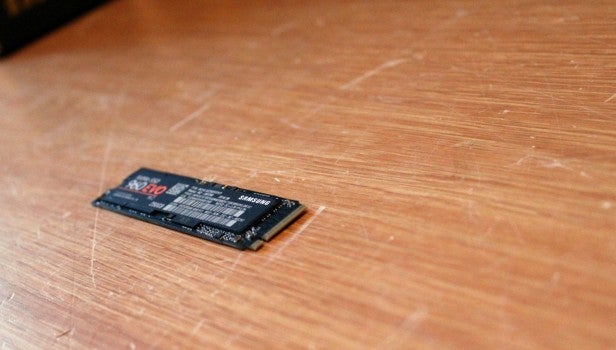 The comprehensive Atto benchmark saw the 960 Evo falling a little behind the 960 Pro in read and write tests. Its initial speeds were comparable – indicating a pattern where the 960 Pro was also a little slow off the mark – and it topped out with read and write results of 3,071MB/sec and 1,934MB/sec. Those scores are both a little slower than the 960 Pro, but remain ahead of most other M.2 SSDs. Crucially, it’s also faster than the comparably priced Toshiba.

The more affordable Samsung fell behind in Iometer. The 960 Pro’s overall result of 21,540 is a monster score, but the 960 Evo’s 9,962 is more ordinary, and sees it fall in line with other affordable M.2 drives.

The 960 Evo’s occasional triumphs over the 960 Pro in file write benchmarks show glimpses of speed from the TurboWrite SLC cache, and there’s plenty to like elsewhere, too: the Evo’s speeds don’t often overhaul the 960 Pro, but they’re usually better than drives that aren’t made by Samsung.

The speeds see the 960 Evo settle in behind the flagship 960 Pro, and the rest of the specification follows suit, with endurance and warranty ratings that are reasonable rather than class-leading.

That’s no surprise, though, given the price – and it’s those lower prices that make the 960 Evo arguably more temping than the flagship drive. It’s still quicker than most of its rivals, and it comes with a competitive price. 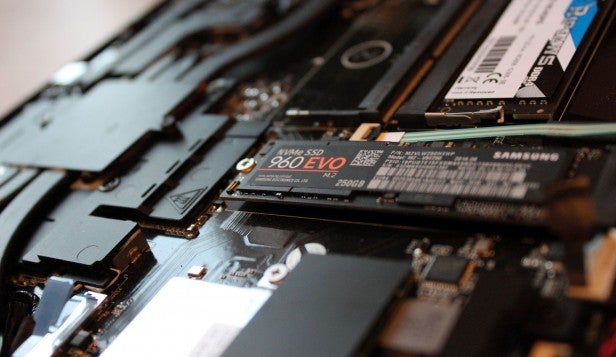 The 960 Pro is the fastest SSD around, but the 960 Evo isn’t far behind. If you want huge speed without emptying your wallet, buy this SSD.

The 960 Evo doesn’t have the bells and whistles of Samsung’s flagship 960 Pro, but it still has the pace to compete with the best drives around. If you’re after stunning speed, but without putting a huge dent in your bank account, the 960 Evo is a supremely well-balanced alternative to the 960 Pro and the Toshiba OCZ RD400.