Samsung’s SSD follow a familiar pattern. The Pro version of the drive offers the best performance and specifications, but it’s accompanied by a breathtakingly high price.

Instead, it pays to wait for the Evo version of the drive. These usually feature slightly cut back performance levels but at a more palatable price. Note, however, that Samsung’s slightly cut back specification will still translate to a supremely competitive product.

The 960 Evo is the latest drive to conform to that strategy. The biggest change here – and the biggest cost saving, I’d imagine – comes with the use of TLC NAND rather than 3D V-NAND. 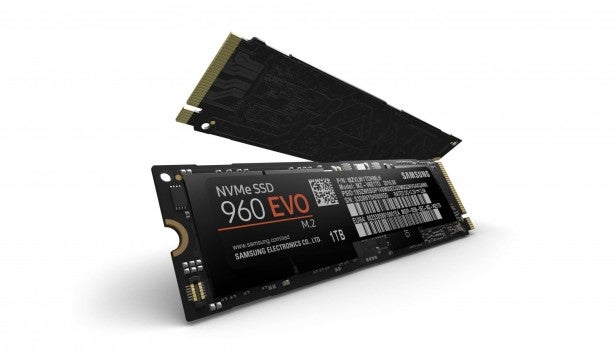 This type of memory doesn’t use many of the breakthroughs seen in Samsung’s flagship drives, which means it’s slightly slower and can often use more power. It’s still 48-layered memory that comes in 256GB dies, which means each slab of silicon has twice the capacity of last year’s chips.

Samsung has tried to negate the inclusion of cheaper TLC memory by introducing a new process called Intelligent TurboWrite. This feature portions off part of the SSD and uses it like SLC memory, which is more resource-intensive than TLC but faster when writing files, at least initially

Depending on the capacity of the drive, the 960 Evo slices off a permanent partition of 4GB-6GB for its TurboWrite technology, with up to 36GB available to be used dynamically.

The NAND is different, but the 960 Evo’s controller remains the same as the 960 Pro. This means an upgrade from three cores to five, with one core devoted to host system communication. The 1TB drive is served by 1GB of memory, while the two smaller drives have 512MB of DDR3 – an ample amount.

In other areas, the 960 Evo has been cut back. There’s no 2TB drive, for instance – just 1TB, 500GB and 250GB capacities. The endurance ratings have taken a hit, too: those three capacities are rated for 400TB, 200TB and 100TB. They’re absolutely fine, but they’re lower than the 960 Pro, and also lower than the equivalent ratings on last year’s 950 Pro drives. 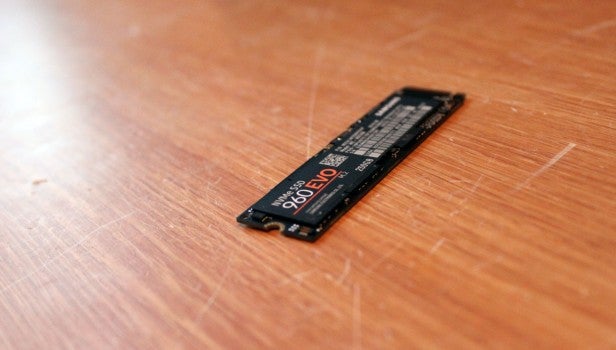